Continuing the story from the popular Season 1, Work Later Drink Now 2 follows our three heroines as they navigate life, love, and work — and reach the bottom of many soju bottles in the process.

Continuing the story from the popular Season 1, Work Later Drink Now 2 follows our three heroines as they navigate life, love, and work — and reach the bottom of many soju bottles in the process. 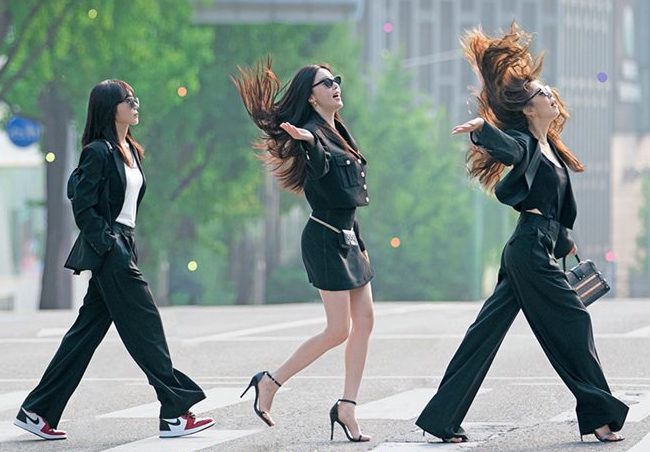 After making us laugh, cry, and worry over their livers, the ladies of TVING’s Work Later, Drink Now are back for a second season with a new poster.

The first season followed a group of three young women dealing with their adulting problems through the power of sisterhood and a couple rounds of drinks. While the show was an absolute hilarious hijinks-fest, what made it special was the undercurrent of female solidarity alongside a refusal to shy away from difficult and sensitive topics. As the season wrapped on an open-ended note, this new season offers the ideal opportunity to deepen character plot lines and tie up loose ends.

The main cast has all returned to reprise their roles as the drinking buddies we know and love. Ahn So-hee — played by Lee Sun-bin (Jirisan) — is the go-for-broke writer with an opposites attract workplace romance with her show’s PD, played by Choi Siwon (Love is for Suckers). Han Ji-yeon — played by Han Sun-hwa (Why Her?) — charmed us as the endearing and cloyingly sweet yoga instructor who in the last season had dealt with some health issues. And of course, Kang Ji-goo — played by Jung Eun-ji (Blind) — is back as our gruff teddy bear YouTuber (who makes origami content so captivating it’s enough to pay rent).

Another confirmed cast member in this upcoming season is Yoon Shi-yoon (It’s Beautiful Now). His character had a short stint in season one as a fellow origami enthusiast that struck up an adorable online friendship with Ji-goo, planting the romantic seeds ready to be harvested in season two.

While I myself have yet to sit down and watch season one in its entirety, everything I’ve seen of it reminds me of Age of Youth in the best ways — and just like I was over the moon back in 2017 when Age of Youth announced their second season, I’m ecstatic at the prospect of another chaotic female-friendship gracing our screens once again.

Headed by the same director and writer from season one — PD Kim Jung-shik (So Not Worth It) and writer Wi So-young — Work Later, Drink Now 2 will premiere later this year on TVING. 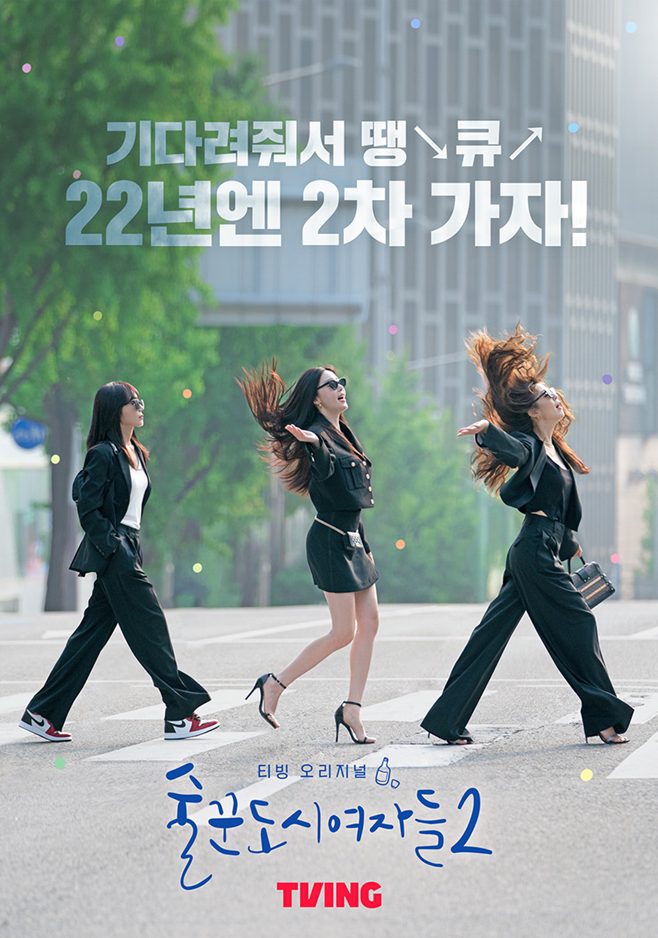 I'm feeling the vibe from far away, especially the lady in front.

I still have to watch the first season. Especially interested now that there are origami enthusiasts involved!

My favorite trio!! I am so excited and can't wait for the second season! I have re-watched the first season two days ago.

Hair is so unfair *feels sorry for self* 😞

I'm ready for the craziness season 2 will bring. This will pump up my mood like an extra shot of expresso!!! If you haven't watched season 1, please watch it or finish it if you've already started it..

For a moment, I misread han sunhwa's filmography reference "(Why her?)" as a comment on "why this actress" haha. I'm glad the original cast is back, I enjoyed the first season and the fun glimpse into "girls being girls."

The first season was super fun and love all the cast. I welcome YSY to s2 as well. I want him to get his break.