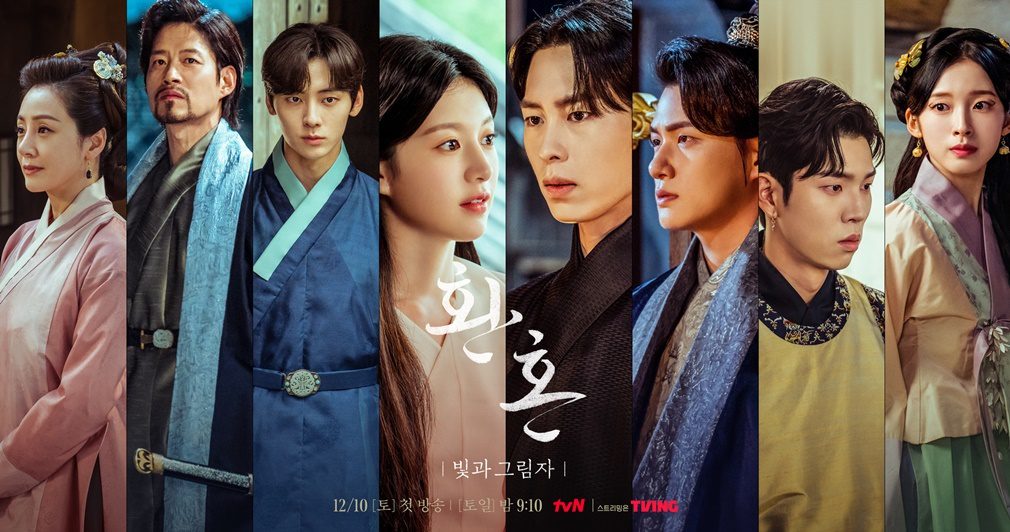 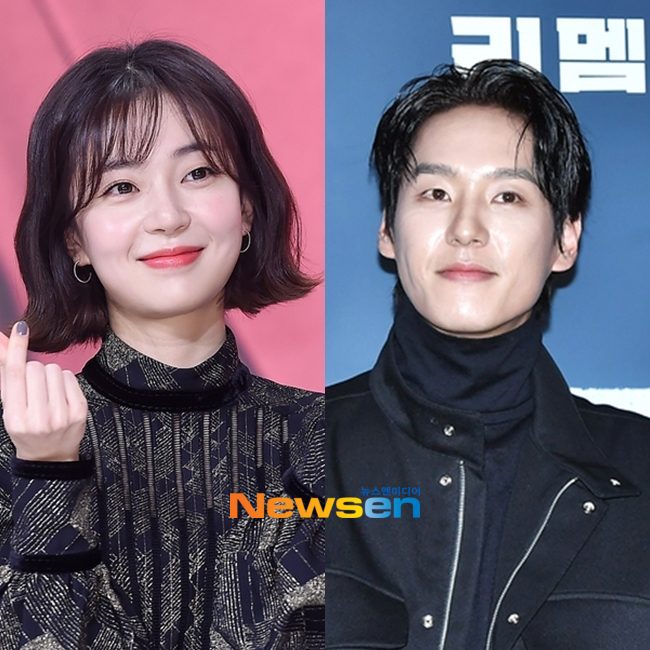 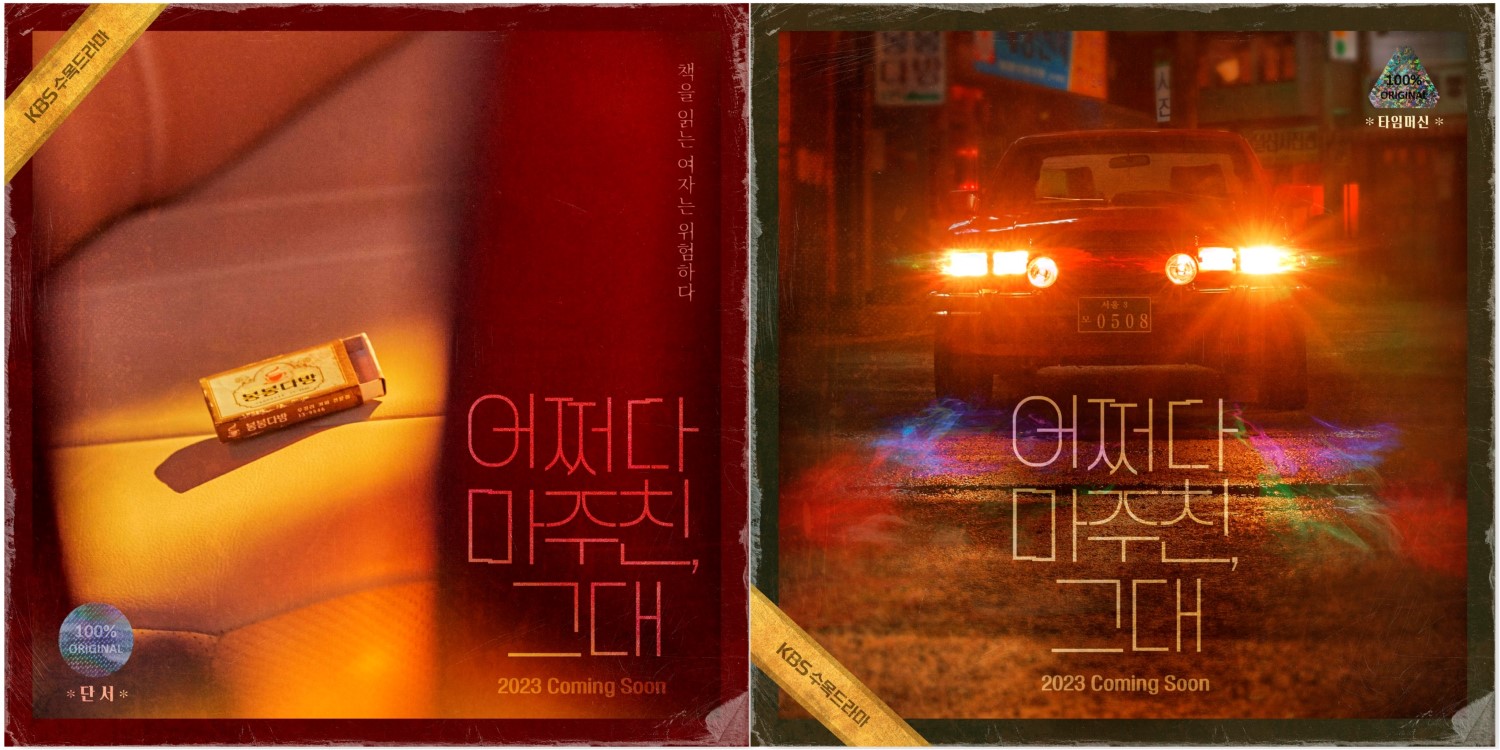 I wonder what kind of occupation Liar Hunter is supposed to be? Is she a cop or a vigilante? Either ways the idea of KSH kicking ass and tracking down baddies with her supernatural powers sounds like a hoot.

Reborn Rich promos are looking amazing. I’m convinced SJK never ages and SHB is grabbing my attention these days so I’m stoked for this pair.

I’m glad to see the writer and PD of Tale of Nokdu making a comeback after 3 years. With another strong cast it looks like You, Whom I Met by chance is going to be a great production.

I like the idea of Useless lies and hope when more info comes out it is on a level that I can handle because I am not sure about the mystery romance genre. If it is a Find me in your memory style drama that was too tension filled for me to continue watching but was one I needed to read a recap on to find out the story. However, if it is a Cheer up style drama which I am unhappily in it for the bean watching I would be ok watching it tension wise. The story has the potential to be really interesting so I could watch and enjoy it.

Totally agree with your point

Useless Lies has the potential to be great actually. Somewhat getting ICHYV vibes without the noona romance. It could also be quirky like Link. Not sure which route this will end up taking but between KSH and Minhyun the visuals are guaranteed. So if nothing else I’ll watch for the pretty.

Finally we are getting two kim so hyun drama. I hope 2023 will be her year to shine. Useless lies sound like a good premise but lot of it depends on writing too so hope they won't mess it up. I am still wary about male lead tho.

After 2 years even 2 dramas feels like too little. Coincidence is just 8 episodes which is not enough for all the cute I’m expecting from it. I’m hoping for another drama or movie announcement soon. Ideally with Lee Dohyun or Lee Jaewook.

Yup. Also, looking at the leaked pics from is it fate drama. I can already sense their chemistry. So, just 8 epi definitely won't be enough. Yayy for movie. Her last movie was in 2016 so hopefully she will sign movie too.

And yeah I really wanna see her with Lee do hyun, Kwak Dong yeon and Kim min Jae mostly.

The chemistry is going to be solidly good without a doubt which is why 8 episodes won’t be enough. Lee Dohyun is always a big yes. When they finally get a drama together I pray the writing doesn’t wasted them.

I am sucker for friends to lovers trope so, I am really excited for their chemistry. And yeah sohyun with dohyun will be treat to our eyes🤩. I hope they will team up soon.

Does this mean Kim So Hyun will be in 2 dramas next year? She has that drama with Chae Jung Hyeop doesn’t she?

Yes she’s doing Coincidence with CJH and Lies with HMH. Both will be released next year in 2023. Hopefully sooner rather than later.

A liar hunter? That's a good one. A human polygraph is an ingredient for a good story.

Skimming through the news, I first thought Useless Lies was Coincidence due to their similar premise of a heroine who can decipher lying. Coincidence, anyone?

Coincidence is about first loves reuniting. The premises have nothing in common. 🤔

Oh my bad, I thought the lie-detecting heroine of Useless Lies also featured in Coincidence 🤐 I was confused because it looked like Useless Lies was going back and forth with Kim So-hyun's leading man. Thank you for the head-up.

No problem. It’s confusing because both dramas got announced at the same time and Coincide didn’t announce a male lead for the longest time and Lies had Minhyun attached to it. Everyone got confused and thought it was the same drama with a different name.

Is Mok sol-hee a play on “moksori” because she can hear lying voices? Huh? How is this different from hearing peoples thoughts? Kim So Hyun with a superpower sounds cool.

I’ll be looking forward to Romantic Doctor 3! I loved the previous two so much. ☺️