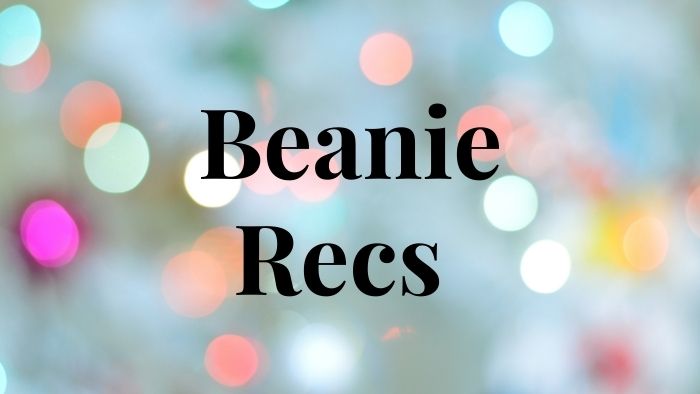 
After finishing Under the Queen’s Umbrella, I’m convinced Kim Hye-soo needs all the awards. I only saw her in (some of) Juvenile Justice previously, but now I’m dying to watch some of her other projects. I know she’s in a lot of films, but any favorite dramas of hers I should be watching?

Love her in Signal. I thought she held her own. It was my first Kim Hye-Soo drama and I was impressed.

Hyena! For her and for her absolutely sizzling chemistry with Ju Ji-hoon!

If I could enjoy only those dramas that realistically depicted a given professional field—whether it be medicine, law, law enforcement, professional sports, businesses management, et al.—there wouldn’t be a whole lot left for me to watch! But I feel your pain; there are some egregiously inaccurate shows that can get me yelling at the screen in frustration.

I never expect complete accuracy- indeed if most legal show were accurate no one would watch them.

But the lines crossed by the FL were, to a lawyer, simply insane and senseless. A non- lawyer would not have noticed it in the same way and I do appreciate that the show was otherwise very good.

The only one I've seen her in was Signal, and it was phenomenal and she was phenomenal. It's also a great one to showcase her because of all the timey-wimey stuff that is happening in it. So you get to see her opposite Lee Je-hoon in the present as the sunbae who's seen it all before and is incredibly competent, and also opposite Cho Jin-woong in the past as the newbie cop who is the only female anyone's ever seen and doesn't know how to drive. Fascinating to see the different sides of her character and she does it all well.

If you want something totally weird that I hardly ever see others talk about, maybe give Queen of Office a try? It’s not amazing but she’s delightfully weird and mysterious in it.

Even though I've only seen her in more recent kdramas-- Signal, Hyena, and Juvenile Justice (haven't had time to watch Queen's Umbrella yet) Kim Hye Soo is one of my favorite actresses. She's beautiful, sexy, beautiful...wait- what was I talking about? Got a little distracted there thinking of her...acting abilities.

No, seriously, I really do admire her acting. She just seems to bring a great deal of intelligence to her roles, and even when she's playing the subservient rookie cop in Signal, she conveys a strong woman fortitude which I really enjoy watching.

Undoubtedly, though, Hyena is my favorite, where her character has every man who meets her wrapped around her little finger, and she's obviously operating at a level beyond what their capable of. What I liked about the relationship with the character played by Ju Ji Hoon is that a certain point, he understands that if he wants to be close to her, he just has to accept a subservient role, and he's fine with it even though his character is generally arrogant. I think many men, or at least one I know pretty well, would be happy with that choice!

Looking up Kim Hye-Soo on that authoritative source, Wikipedia, I see that even her scandal is a little more substantial than most. Admittedly, plagiarizing your Master's thesis is a bit more of an ethical breach than unauthorized dating, being seen drunk in public, or demanding that your boyfriend not kiss on the set. But its something that I can relate to, dealing with plagiarism on the undergraduate level every semester.
I wonder if the scene from My Love from the Star was inspired by KHS's scandal, where the professor played by Kim Soo-hyun publicly shames the actress for plagiarizing her paper. Talk about a breach of professorial ethics! I actually have known a few arrogant male professors who might have done this--but still, I'd rather have a gumiho professor dating a student than an alien professor humilating one! Of course, I get that the plot point there is that he's teaching the psychology of love when he doesn't yet understand that he is in love with a girl from the ancient past that he met in his alien childhood who is reincarnated as a girl he saves from a white truck and who then becomes the actress. Its one of the most accurate portrayals of academic life in all kdramas! (Although now that I think of it, the law professor from "Why Her" writing one word on the board and then walking out is even better.)
Sorry to stray a little off topic!

This drama was great! The OST The Road by Kim Yuna was really good for her character.

Joining the Hyena chorus, but also loved her nuanced performance in Juvenile Justice.

For drama, I only watch her in Signal. Haven't start on Juvenile Justice and Hyena (law drama kind of tiring satire for me)...
Mostly I watched her film: Tazza, The Thieves, Coin's Locker Girl, The Face Reader, My 11th Mother.
She is a true gem as a senior actress. Will Daesang too much for her role as Queen Hwa-Ryeong? Nope, I don't think so 😉

I couldn't recommend Signal enough. That was a brilliant drama with equally brilliant acting.

Recommending Signal and Hyena as well. Signal was my very first kdrama, and I was impressed by...everything. She was the first Korean female lead I watched, and I blame her that I often can't get into k-romances because she left a too deep impression as a fierce, independent and strong woman, especially in Hyena. Still a rarety almost everywhere, especially in romances! 😉 Her acting in Signal is very nuanced, but she plays a strong woman of her own mind there as well. And it's so great to have those flashbacks to when her character was a rookie cop! Sometimes you're convinced that it just has to be another actress! Plus, in my view, Signal is just a great show!

I loved her in Signal. That was the only drama of hers that I completed before 'Under the Queen's Umbrella.' She was also fantastic in the latter, and it was the first historical drama I saw her in. I initially thought the rigid hairstyle of the period didn't suit her. It made her mouth look bigger relative to her face, and it was distracting at first. But then I fell in love with her character, and I no longer saw it after the first few episodes. She just looked queenly to me.

I've only seen her in two dramas, far apart in genre and air date too (Signal and Under The Queen's Umbrella)!

Thanks for all the recs, everyone! Might possibly try to watch old dramas next year besides the live airing ones. We will see, haha.

I have known her in Queen of office drama and Face Reader movie. She was quite good in both. But I started loving her in Signal and now with the latest Under the Queen's Umbrella, she owned that drama. What a force to reckon with, she literally carried the show from beginning til the end. She definitely deserves the Daesung for this drama,

For a certain period of time KHS was infamous for her nude scene in Tazza. Not sure where you can see that. The Thieves was a very good movie she was in ... an Asian Oceans 11 if you will.