First stills from Lee Byung-heon’s I Saw the Devil 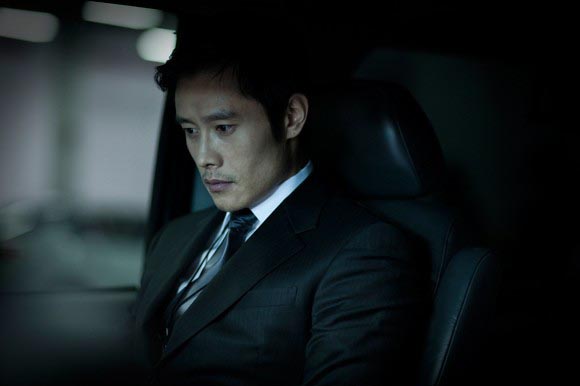 I Saw the Devil is the new film from The Good, The Bad, The Weird director Kim Ji-woon, starring Lee Byung-heon and Choi Min-shik, and has released its first still shots. The film began shooting earlier this month on February 6.

Director Kim has made a number of films in different genres, and again tries his hand at a new one: his 2000 film The Foul King was a comedy; 2003’s A Tale of Two Sisters was psychological horror; 2005’s A Bittersweet Life was noir; and 2008’s The Good, The Bad, The Weird a “kimchi Western.” I Saw the Devil is his first thriller (though one could argue there were thriller elements in his previous films), as well as being his third time working with Lee Byung-heon.

The plot of I Saw the Devil deals with a man (Lee) whose fiancee suffered a brutal death at the hands of a serial killer. As a national Secret Service agent who is used to performing his duty perfectly, he is assailed with shame at failing to protect someone he loves, and desperately wants to return his pain to the killer. Fueled by that rage and hatred, he hunts down the murderer played by Choi Min-shik.

After finishing the first shoot, Lee Byung-heon said, “If my earlier roles were either very controlled or explosive, this character has both sides.” Meanwhile, Choi is best known for his strong images in films like Oldboy and Sympathy for Lady Vengeance; this is also a reunion for him with director Kim, as they worked together twelve years ago in The Quiet Family.

I Saw the Devil will film through March and plans for a summer release.

LBH will KILL in this role! I can't wait to see this. I loved TGTBTW, I really need to check out Kim Ji-woon's other works too.

after reading the short synopsis, gave me a feel of SEVEN. I like A tale of Two Sisters, really good!

Anyway, sorry to digress. 'I Saw the Devil' sounds like it could turn out to be the best Korean thriller in years, and with Choi Min-shik playing the serial killer, how could this possibly fail? It won't, of course. I'm sure studios in Hollywood are already hustling to snap up the remake rights.

I am expecting this movie to be very explosive indeed with LBH & CMS.

CMS had been so low key for several yrs.

LBH is for me the Best Korean Actor to date!!! I've seen most of his dramas & films...& he just keeps outdoing himself!!!

What a good day at dramabeans. Finally. Thank You.

Everyday is a good day at dramabeans. :-) The good stuff never stops, thanks to JB, who spoil us rotton.

I've very curious to see the movie, LBH can do light roles, heavy roles, dark menacing roles, and everything in between. He truly is a true actor, and still so handsome! My I lub you kinda stole his thunder (a teensy bit) in TGTBTW, but I still loved his bad boy turn in that movie. Hhmm, I feel an urge to watch an episode of Beautiful Days coming.

I agree with you deannadsc. LBH is not only the best Korean actor, he is my most favorite!

Thanks for the reply and reassurance, a nice way to start a day.

Definitely a must-see ! A Tale Of Two Sisters is a masterpiece, and The Good, The Bad, The Weird is so much fun.

I cried a lot watching "Addicted"...
LBH is always so good at acting!

That's all I have to say.

This will be great !!
It is always exciting and a pleasure to watch LBH and to see him team up with CMS under the direction of KJW makes it even better .

LBH....any dramas and movies come alive...THE BEST ACTOR IN ASIA!..cant wait for all his projects...

I love Lee Byung Hyun. He is a fine actor that can surely deliver whatever role he is given. Hope this gets shown internationally. More power LBH!

i just finished this movie and it was AWESOME. very emotional and gorey ... and i loved the score.