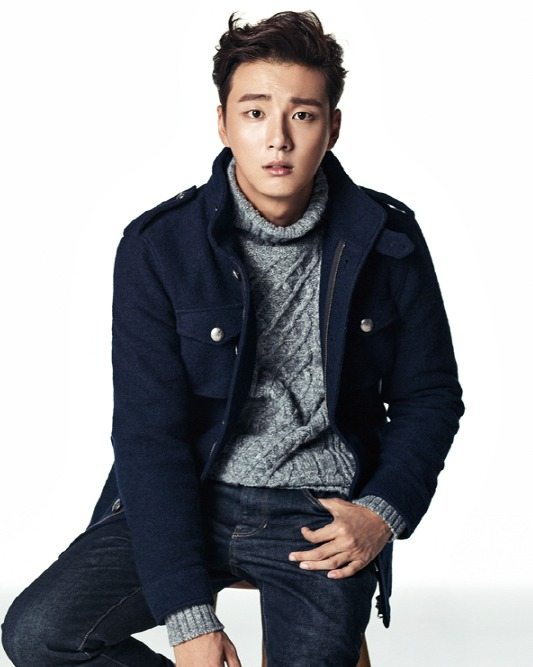 Yoon Shi-yoon has been on a great post-army trajectory this past year with a dramatic turn in the JTBC fantasy sageuk Mirror of the Witch, and a chance to showcase his funny real-life persona on KBS mainstay variety show 1 Night 2 Days; next up for him might be headlining a new underdog human drama called Strongest Deliveryman. Yoon is currently considering an offer to star in the new series from the writer of Joseon Gunman, which is being considered at KBS for their 2017 lineup.

Strongest Deliveryman is described as a relatable story about people born with “dirt spoons” in their mouths, aka underprivileged, everyday folk. The title is a pun on the main character’s name, Choi Kang-soo (choi kang means “strongest”), and Yoon Shi-yoon is up for the title character, a jajangmyun deliveryman. It’s sounds like he’ll be a male Candy type of character, and the drama is said to be his love and success story.

Yoon’s reps were quick to say that it’s just one offer of many, so it may be too early to count chickens, though I do hope he’ll choose a drama soon. It’s hard to tell much about this project since there’s not a lot of detail concerning the plot, but a hardworking underdog character seems like a perfect (if obvious) fit for him. I’ve always thought that Yoon Shi-yoon was good, but he was especially great in his last project Mirror of the Witch, where he basically carried the show on an emotional level, and left me anticipating his future projects.

Production company Jidam (Jang Bori Is Here, My Daughter Geum Sa-wol, Mrs. Cop 2) will be at the helm, and Strongest Deliveryman is currently being shopped at KBS, though nothing has been decided yet. Meanwhile, Yoon Shi-yoon will be starring in MBC drama short Romance Full of Life as part of the Three Colors of Fantasies series, due out early next year.

I'm so ready for him to choose something soon! I miss him on my tv screen.

Miss him too although I never missed an episode of 2d1n since he joined. I also watched the entire season of MotW coz of him ?

Dong-goo shi!! He's such a great guy and even better actor! :D

If I'm not mistaken, the leading role in Man Living in Our House was first offered to him but he turned it down. I won't complain whatever he decides his next project to be, just let it be good please..

Let's hope he won't be paired off with a child this time.

That's the reason why I dropped his last drama unfortunately.

So I second this!

So so unfortunate, that drama turned out great. Ideally would be no romantic female lead in this at all. But if there should be one, please let it be a lady of over twenty.

I wish I could've kept watching but it was to weird... the romance I mean.

same thoughts. a non-idol actress early to late 20s would be great. lol

Kim Yoo Jung of Kim So Hyun would be perfect for him ?

They are all kids. They are actually close friends of Kim Sae Ron. Lol. Anyone who is from less than 10 years younger than him and is not ahjuma type is ok.

But but but, hve you seen Shi Yoon and Yoo Jung on screen together?? They surely looked good!! Then again.. I agree it'd be awkward to have to remeber that they are more than 10 years apart! Let's blame Shi Yoon for his baby face lol, everytime he is on the screen I always forgot that he is already in his 30ies.

Yup... I am kinda shipping Shi Yoon and Yoo Jung. They definititely have chemistry.

Actually, when I saw Yoo Jung in 2d1N and she choose Dongu on the group chat. I suddenly ship them hehehe Specially whenever I see them sitting together on the bus and the rides. :D

I've been eagerly waiting for Yoon Shi Yoon to choose his next project. How about with one of my favourite actresses to partner up with him? ;)

I sure like her to be paired withPark Hye Soo

I love your name! Even though I've never seen 2 of the dramas.

Which one have you seen?

I really enjoyed him in Mirror of the Witch! (although my favorite role of his is Kim Tak Gu from Baking King!) … I'm looking forward to more of him!

You're right, it does…although I think Baker King falls in the "makjang" category because of all the crazy birth secrets and chaebol family stuff. I'm hoping this doesn't go that route.

Yeah! :D I also thought that this sounds very much like the King of Baking KTG. I was super fan of Kim Tak Gu, and would love to see him in a similar role again. :)

I'll always remember Jo-won from Baker King too. I think it was also his debut drama.

He's my bias! I love YSY acting and he really seem so down to earth.

I'm always up for any of his drama. I am not the type to care for rating, however, for YSY sake, I really hope he gets another hit drama like Baker King!

I wish park shin hye was in this. These two were so great together in flower boy next door.

You know, I think most people I come across liked Park Shin-hye best with Lee Jong-Seok, but I've always preferred her with Yoon Shi-yoon, even to this day. I say this recognizing there was a little more heat between her and LJS. Still, she and YSY had this sweetness to them and I just felt more of a connection there.

Still, I'd love to see Kim Ji-won or Park Bo-young (if she wasn't already busy).

Kim Ji Won and Yoon Shi-yoon will be a very ideal pairing. Park Bo Young is busy with her new drama, Kim Ji Won is available.

I personally feel that Yoon Shi Yoon has been typecasted as always portraying underdog characters, but who can blame the guy when his first ever breakout role (Kim Tak Gu, "Baker King, Kim Tak Gu") was an underdog character and the drama brought in 50% viewer ratings? And I actually feel that Yoon Shi Yoon shines in these underdog story roles the best =) I loved him as Enrique in "The Flower Boy Next Door" (that panda dance ~!!!! OMG), but I still feel he does best, shines best, and has his talent and emotional gravitas utilized best when he is given a heavy underdog story and character to work with =)

If he takes the role, I'm pretty sure he'll do well in the role. The charcter sounds a lot like Kim Tak Gu on paper, so if it is, I know he's capable.

I just really hope that whatever his next project is, they cast him with an age appropriate actress. I tried to watch Mirror of the witch, but Kim Sae Ron was just too young and it showed. I couldn't help but cringe during romantic moments.

Great news, I miss him in dramaland. Mirror of the witch already feels so long ago.

I hope the writer got better since their last drama, Joseon Gunman sounded good on paper and has gorgeous posters, but the drama fell flat for me. The conflicts got rehashed too many times and it was kinda boring.

I love me a good underdog story and YSY excels in it!

I think l, as explained above, the story will revolve around the main subject's life and not plot-driven like say Signal.

I miss Han Groo so much, but hoping that she got cast in this drama would be impossible. How about Bora from Reply 1988? Park Shin-hye? Kang Sora? Park So-dam (oh, they look alike!)? Kim Ji-won?

Waiting for anything YSY!! So, I hope we'll hear good news of a new project soon. Meanwhile, I'm looking forward to the short. ^^

Nuna loves Donggu no matter what he does.

I hope he accepts, miss him in dramas.

He makes my heart melt everytime I see him on tv. Attitude wise, he is just the type that I can introduce to my parents anytime of the day. I love his acting and his smile. He is the cutest! Secretly, I want him all for myself but I guess everyone seem to like him too <3 Donggu- ya sarangheo!

I Miss Yoon Shi Yoon in the TV screen, how I wish He was paired with Park Hye Soo of My Shy Boss, i sometimes think he is perfect as in the role the Boss there, anyway i wish STRONGEST DELIVERY MAN WILL PUS THRU