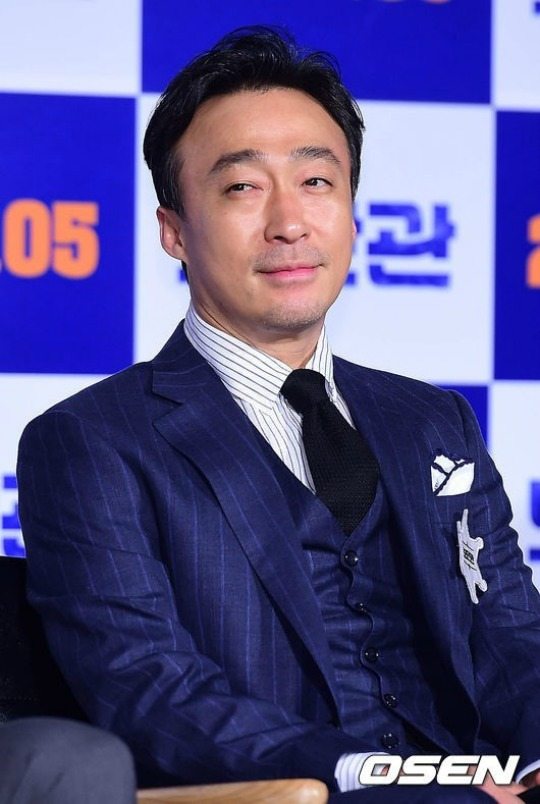 Busy, busy. But if that means more Lee Sung-min (Memory), one of my favorite ajusshis in the business, then I will be the last to complain. Following a string of Chungmuro projects, Lee Sung-min looks like he’s pretty much taking up residence there and has confirmed taking the lead role in upcoming film Witness.

The crime thriller will be about a man who leads a normal life and gets unexpectedly swept up in a homicide case when he witnesses a murder. That’s all we have on the plot, but I trust Lee Sung-min to make it a gripping watch. He’s played the everyman (Misaeng) and been in crime/thriller/action projects before (A Violent Prosecutor, Big Match, and Kundo, to name a few), so I’m expecting him to play the heck out of this character.

We can expect to see a lot of Lee Sung-min in the coming months: He is the lead in Sheriff alongside Jo Jin-woong and Kim Sung-kyun, which will release on May 3, and will have roles in Real, Maneuver, Drug King, and Baram Baram Baram. Whew. Has he somehow found a way to clone himself? Anyway, I’m kind of sad he isn’t returning to dramaland because he’s in some of my favorites (like Misaeng and The King 2 Hearts), but there’s some comfort in the fact that he seems to be in ALL of the films coming out this year.

Witness will be directed by Jo Kyu-jang, whose previous works include Mood of the Day with Yoo Yeon-seok and Moon Chae-won. The casting process is ongoing and filming is scheduled to begin in the latter half of the year, so we can expect it to release sometime in 2018.

OMG this ajusshi! But when does he sleep?

I prefer a lot of my favorite actors in movies, but Lee Sung-min is one of the rare few for me who I prefer in dramas. Regardless, he's amazing, and I'm happy to see him in more movies!

So many crime thriller films. I don't even bother to watch it in the theatre anymore.
I wish he was cast in another sageuk film instead. Maybe Ansi City. He'd make a good Commander Yang Manchun.

Urgh! Chungmuro once again claiming our fave dramaland actors and not letting them go. Right now, I'm in my corner of the world wailing: "Come back Ahjussi!!!!!"

As long as he gets on the screen somehow I don't care if it's film or tv shows. He is an amazing actor and totally an ajusshi crush. So glad one of my faves is having such a good year.

He was great in memory

Lee Sung-Min is really good as Chief Oh in Misaeng. The reason Misaeng is one of my fav shows is partly because he was acting in it.

That sounds great - and I really like his acting. :) But I have to say: who dressed him for this photo? Cause, damn. That is one sharp-dressed man.

For real. I think he's really handsome and yes, looking shhaaaarp here. Hope he'll be back in Dramaland soon, but maybe some of these movies will get a US release in a soon-ish time frame.

You're not alone. I aways thought he had sex appeal. I first really noticed him in Miss Korea.

Yes, hopefully some of these films will either be released in select theatres here in the US or made available on Netflix etc. soon.

Lots of stripes but he makes it work.