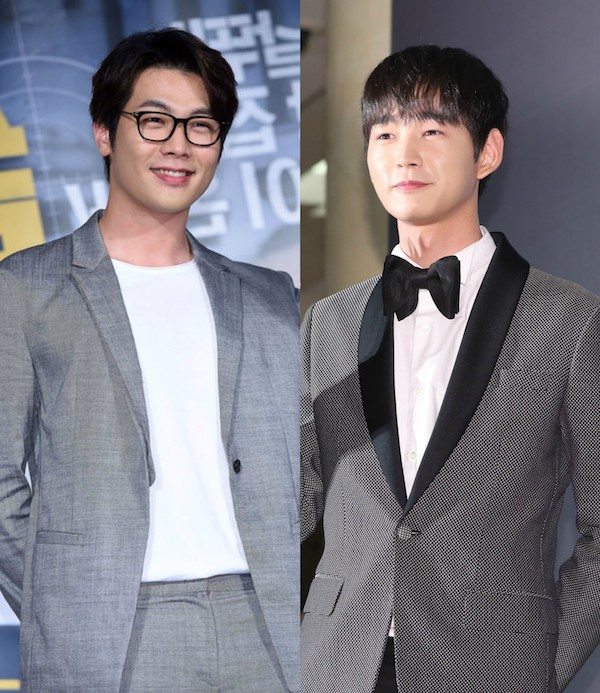 Kang Hye-jung (Lucid Dream) may find herself juggling Daniel Choi (Big Man) and Lee Won-geun (Mystery Queen), who are both up to join the office drama Jugglers. I’m guessing Yoon Kyun-sang passed on the project, but I’m liking this pairing a lot better.

The plot is centered around the romance of a secretary with an extremely sacrificing personality. She works with an I-can-do-anything-you-ask attitude, under an indifferent boss. He is independent to the point of being antisocial and approaches his work with a My-work-is-MINE type of mindset. Daniel Choi is up for the role of the boss, while Kang Hye-jung was offered the role of the secretary earlier last week. The title itself refers to the job of a secretary, who has to multitask constantly, juggling tasks all day.

If Daniel Choi confirms, it’ll be his first drama since 2014, when he played the villain in Big Man. Lee Won-geun has also received an offer for an unspecified role in Jugglers, but he has not confirmed. The two actors have crossed paths before in Ghost, a cybersecurity thriller drama in 2012, where Daniel Choi was a lead actor and Lee Won-geun played a small cameo role at the very beginning of his acting career.

Hmmm, if everyone confirms, I hope the dynamic will be similar to Mystery Queen with the two established actors, Daniel Choi and Kang Hye-jung, playing the main leads and Lee Won-geun being a cute puppy in between. KBS Monday-Tuesday workplace drama Jugglers will begin airing in December, after Witch’s Court finishes its run.

Ooooooooooooh I miss cute Daniel so much!!!

His last drama was that long ago because It's just been barely three week since Daniel Choi was released from his mandatory duty. So happy with this casting news in so many ways!
Just the other day I almost pulled a one-nighter rewatching Sassy Go Go and crushing on Lee Won-gun all over again. 💓
These actors may actually make something watchable of this premise. May they ALL confirm! 🙏

I’ve been waiting to see what Daniel Choi will choose as his military comeback project & I’m glad it’s a drama! The plot hasn’t really caught my interest yet, but I like Kang Hyejung (Haru omma!~) too. Lee Wongeun was kinda cute in Mystery Queen, but I just watched Misbehavior recently & still can’t get rid of his image in that movie. In fact, I sorta regretted watching it. That type of darkness in the movie wasn’t to my liking. Tsk.

I will stay tuned for Daniel~

With this kind of romance plot, hope Daniel's return project after military service will be nothing like Hyun Bin's nor Jae Joong's.

Yay! I like both! The Dorky and the Cute Puppy-- my two favorite oppar appeals covered in one drama! (Daniel Choi MUST wear his glasses-- I will not accept otherwise! ;D)

Why do i keep thinking they should play teacher and student haha...

I love Choi Daniel and glad to see them together but I also hope Lee Won Geun starts getting more lead roles, he was so good in Sassy Go Go and his bromance with Ji Soo/romance with Jung Eunji was truly great.

But if he takes this drama then all 4 Sassy Go Go leads will be on tv at the same time. Ji Soo in Bad Guys 2, Chae Soo Bin in the robot drama, Jung Eunji in her JTBC drama and now him.

Also is Kang Hye Jung (female lead) the Kang Hye Jung from Oldboy and Welcome to Dongmakgol? She's coming back to dramas after a long time.

Yes, the same Kang Hye-jung. I think her last drama was about 5 years ago.

Daniel Choi seems a lot more mature than he is - not older, just so oddly grounded. Can´t believe he is younger than me. But because of this, he is a good fit for a rock-hard and stoic character.

thought of a proper term: "young ahjussi." that´s what he is.

I miss Daniel Choi, and all three leads are great. I think they can make this drama watcheable, sometimes the less interesting premise can turn out to be the good one!

Yaaaayy for Choi Daniel!!!!! It's crazy, I was literally thinking what the heck happened to him and where is he!! i'm so happy he's back and looking forward to him coming back to rom coms as well :)

I missed him so much.... please say yes Daniel.

Welcome back to the drama land, Daniel Choi!