Tragedy and accusations begin in My Strange Hero 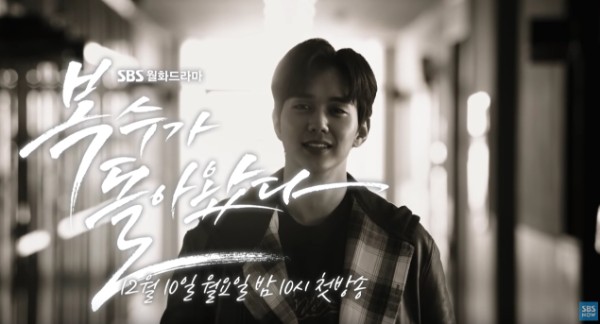 Another teaser is out for Revenge Returns, the high school sweethearts-turned-enemies drama, starring Yoo Seung-ho (I’m Not a Robot) and Jo Boa (Temperature of Love). Yoo Seung-ho plays Kang Bok-soo (literal translation: strong revenge), who is expelled from school when he’s framed as the perpetrator of a serious assault charge. Years later, he comes back to school to take his revenge on all the people who wronged him, including his first love, Jo Boa’s character.

The teaser starts out with the tragic fall of a student off the school rooftop as he shouts “Save me!” to Yoo Seung-ho. However, no one was around them, and it appears that everyone believes Yoo Seung-ho pushed the student off the roof. He desperately denies it, and we see flashback cuts of happier times of him with Jo Boa who clearly expresses her interest in him.

So when he’s accused, he goes to the one person he thinks will believe him, Jo Boa. But she doesn’t even look in his direction as he tries to push past the crowds, saying “You know it’s not me. Why are you lying?”

An adult’s voice cuts in, harshly reminding Yoo Seung-ho of his reality now: “You’re still only a kid running from his past. An eighteen year old kid.” Perhaps those words planted a seed of determination in Yoo Seung-ho because we see him going back to the school where he was expelled despite Jo Boa’s taunts against him.

At the end of the teaser, the two meet again at the same school rooftop. Yoo Seung-ho greets Jo Boa brightly, “It’s been a long time. Has it been 9 years?” but inside, he’s thinking, “You’re going to regret that I’ve returned.”

As can be seen below, stills of Kwak Dong-yeon (My ID is Gangnam Beauty) have also been released. He plays the villain of the story, Oh Se-ho, who was originally Bok-soo’s friend, but now is the chairman of the school’s board of directors. Outwardly he smiles all the time and pretends to be gentlemanly, but inside, he suffers from an inferiority complex that leads to his love-hate relationship with Bok-soo, his peer who he saw was genuinely happy despite his low grades. Oooh, interesting… I’ve been wanting a Yoo Seung-ho-Kwak Dong-yeon bromance for a while.

Touted as an awkward but warm human romance, SBS Monday-Tuesday drama Revenge Returns will begin airing in two weeks. Well, I’m a sucker for Yoo Seung-ho and his puppy dog eyes so I’m just waiting for December 10 to come soon. 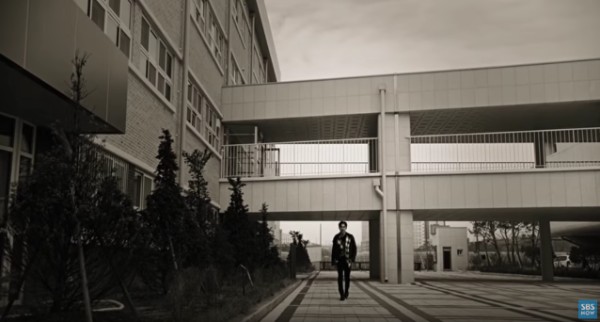 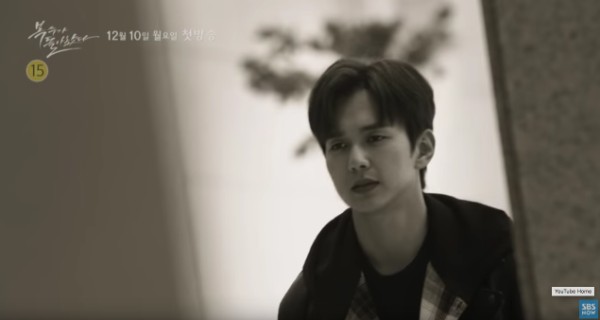 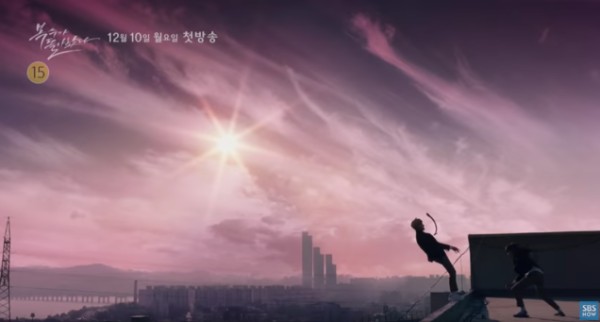 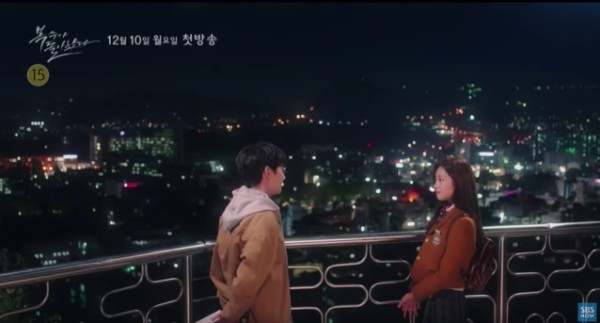 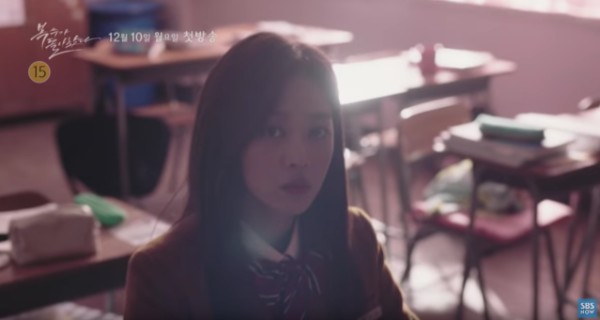 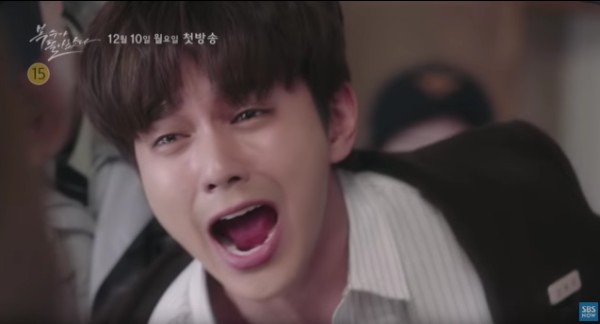 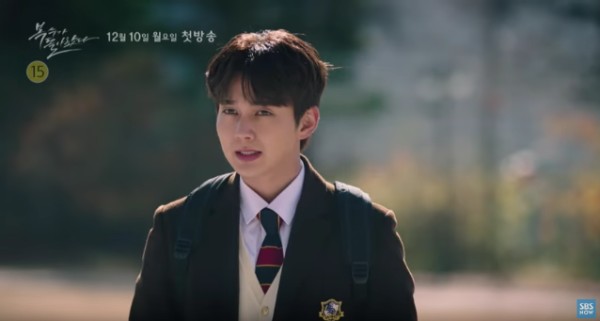 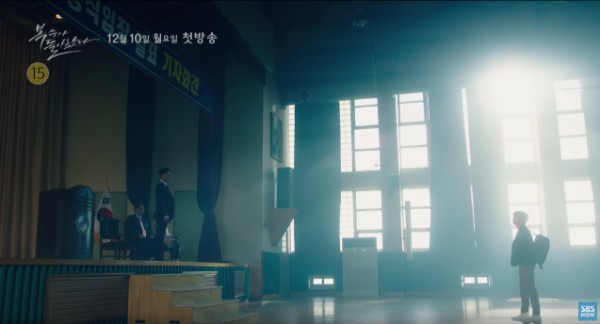 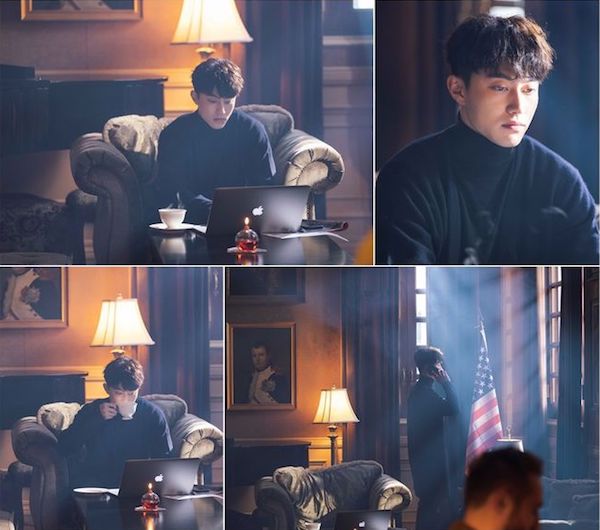 I don't understand the plot at all. He returns to the school as what? As a teacher? As a student? Because the latter is hard to believe...

Looks like all the students still remain in the school? convenient for revenge. All eggs in one basket.

May be she became a teacher. The friend became chairman. If he was expelled for asssault he cant come back as a teacher right? Am assuming he didn't complete his education. Or he went abroad to Canada and is now the most sought after teacher.
Or if he remained in Korea and did not complete education, he comes to the school as a cleaning service? security guard? Plumber?

Or a kpop idol, he came to school to teach music. That must be it.

I was wondering the same thing 😂 Super convienient

According to what i have read he is a "substitute man" someone that take on tasks in other people lives as long as he get paid. So I think he gonna be like angry mom that attend as student in that school to take revenge :)

That's basically what I've been wondering from day 1. They never said what he comes back as and none of the promo material have given me an answer on that till now. Literally like 2 months later and I haven't been able to figure out that part. Is it supposed to be some top secret reveal that we get at the end of the drama?

Well, it depends how many years later. If just 2 maybe they are all just seniors.

all hail to puppy eyes that can act so well!

I live for his megawatt sweet smile. I Am Not a Robot was when I became smitten.

That's a dark start for a romcom. I'd watch if it got more of the com in romcom. I'm sceptical of descriptions like "warm human" something, those usually try too hard.

This sounds good but if Yoo Seung-ho returns to school as a student I'm going to have a hard time believing it. But I guess I loved Angry Mom and that was even more unbelievable. Guess I'll have to wait and see!

So a revenge story but also a romance?

I'm not sure about the revenge but I'm all for the "awkward warm romance."

Honestly, I am so confused by the premise it sounds like a revenge story and then it's described as an "awkward warm romance?" XD

Well, it’s YSH. I’ll have to check at least the first episode for him.

It seems like every school in Korea has a roof that is accessible to students. And no barriers that's can't be easily climbed. You'd think a country with a high suicide rate would figure out...
----
Meanwhile, I have liked Jo Boa in the past, but the plot sounds dreadful. Maybe I'll check it out, but...

You're too realistic to enjoy kdramas. Are you sure you don't work in the film industry as a continuity director?

If he worked there, the plots would have fewer holes.

Obviously SK doesn't employ continuity directors. This is probably as a result of still filming while airing as there's no time to check or do retakes.
So I usually let it slide and either overlook or not care, in other words suspend all disbelief for enjoyment's sake.
One of the reasons I quit Where Stars Land (or whatever the title) before I even finished the 1st episode was the ridiculously inaccurate portrayal of airport security. That was just too much.

You're right about the rooftop. And it's not just schools that have easy access to the rooftop. It's every building and the worst of all has got to be the hospital where a patient can just push open a door that leads to their doom.

And they don't even put rivers next to the buildings to heal the injuries from the fall :(

Isn’t that the schools 2015 ost ‘Reset’ playing in the background? I’m actually excited for this if done well it could be an entertaining watch

Yeah, it is. Do you think they're allowed to use that??

I’m not too sure maybe coz it’s the instrumental

Is it the one that they fight a couple of gangster students, many die and he ends up narrating it from prison?

I think so?? I haven’t done a rewatch of the movie in AGES so I’ve kind of forgotten the plot 😅😅😅 But the way the promo is shot for this drama reminds me of that movie

Not a fan of Jo Boa, somehow i can't watch her. Have to pass on this.

I'm also not a fan. Especially when she starts shrieking or yelling out a long range of abuse (like she did here). But it's Yoo Seung Ho and he makes everything (and everyone) likeable. Still have to check this out just for him tho.

And isn't Jo Boa too old to be a student and Kwak Dong Yeon too young to be a chairman of the board? Oh well, again, YSH. I'm in.

what if he can proof his innocence and return to the school as a student? i mean, the school wrongfully accused him of a crime and to make the school's name in good books again..they offer him a place..to continue his studies. something like that..i dunno.he looks as if he's wearing a school uniform..

His name is kinda cheesy 😂. Like wuxia names: Yang No Regret, Lee No Worries.

wait... isn't the background music the ost 'Reset' from Who Are You: School 2015? are they reusing it for the drama?

The Shy Shy Couple ship continues! I heard they even filmed the drama in the same place as Love Alarm on the same exact day! Hahaha

Did it ever started to sail ? I don't remember at all. For all I know the ship has been staying at shore.

This sounds horrible. I'm sorry for all the actors involved in advance.

Kinda sad this one isin't a dark melo/thriller/revenge even if i was initially happy for a bubbly romance and Yoo Seung Ho combination.All in all i adore the cast and would watch almost everything with Yoo Seung Ho.

You had me at the word "revenge". Though the above comments are quite skeptical. I'll give it a try, but lately I've become very skeptical that kdramas will do anything worth watching. I'm wondering if it's the writing or the backers with the money who are telling the writers what to do.

It's funny, even though this is a teaser with plot and charactersl description, I feel like I've watched the whole thing. For some reason it's giving me Reunited Worlds vibes, and for the drama's sake, I hope it doesn't turn out like that( which started with lots of potential)..

Just here for Yoo seung ho...still hope the drama is good though