Family of five scams the nation in The Great Show 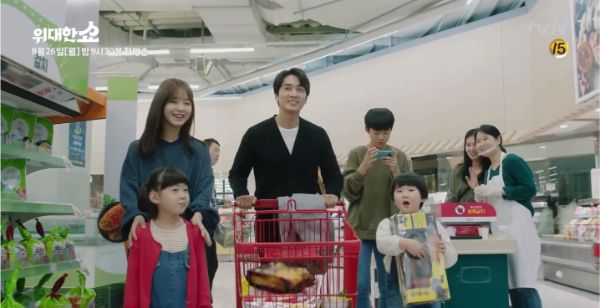 This drama looks absolutely hilarious! Song Seung-heon (Player) stars as a fallen politician and the father of four in the new political comedy The Great Show.

In the latest teaser, Song Seung-heon’s banner reads: “A young politician’s thoughtful politics. Candidate 2, Wie Dae-han. Working man for the people in their thirties.” Other candidates pander on the streets, promising everything from protecting the weak to jobs for everyone.

Song Seung-heon’s voice narrates that for him, these four children are his special election strategy. An article with the headline “Immoral former congressman Wie Dae-han becomes nation’s father” flashes onscreen. And the trailer closes out with a warm-looking family appearance at a grocery store, while Song Seung-heon announces that this is the beginning of a family cosplay scam against the nation.

Noh Jung-eui (Kill It) plays the breadwinner and eldest sister of four siblings. She agrees to pretend to be Song Seung-heon’s daughter for the sake of her younger brothers and sister. The other siblings are played by Jung Joon-won (100 Days My Prince), Kim Joon, and Park Ye-na (Buamdong Revenge Club).

From the vibes and storyline, I feel like The Great Show would be what would happen if My Fellow Citizens had a part two. With its wacky scam premise, I’m hoping that The Great Show is going to be a funny family comedy that doesn’t take itself too seriously. 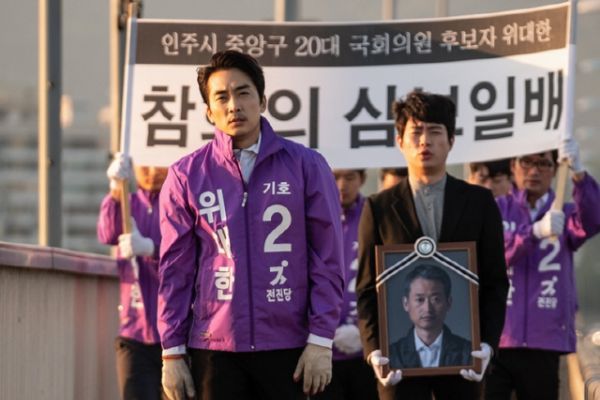 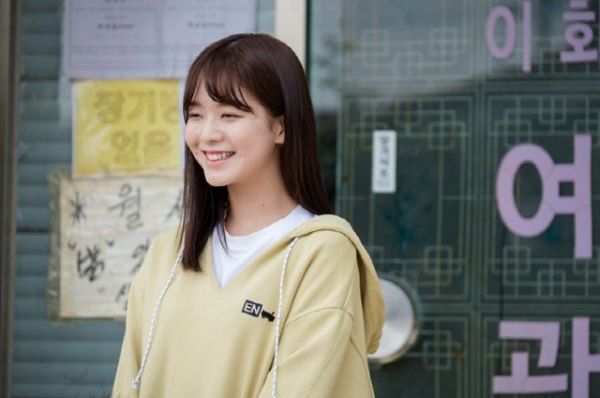 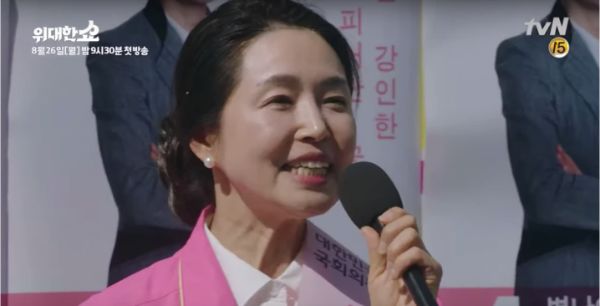 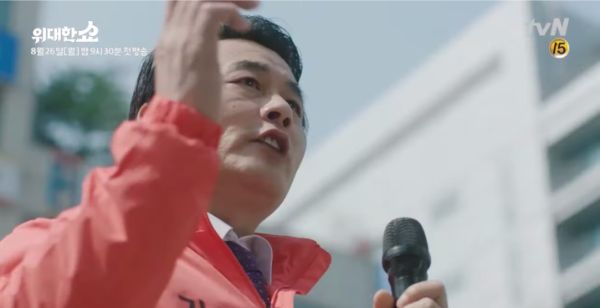 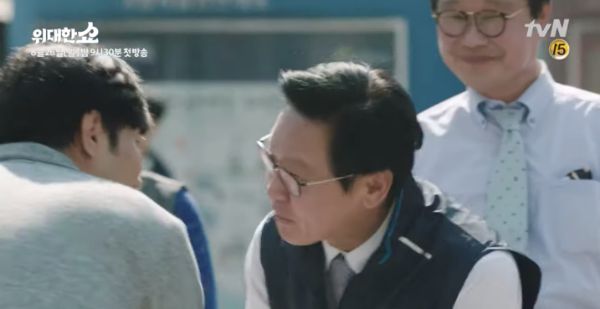 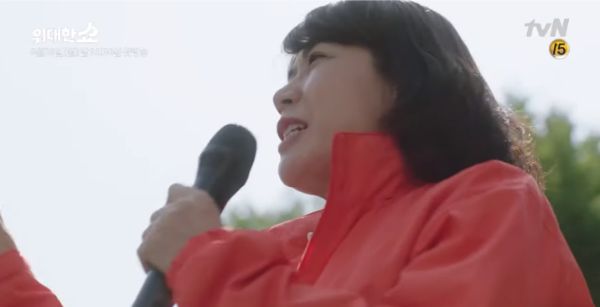 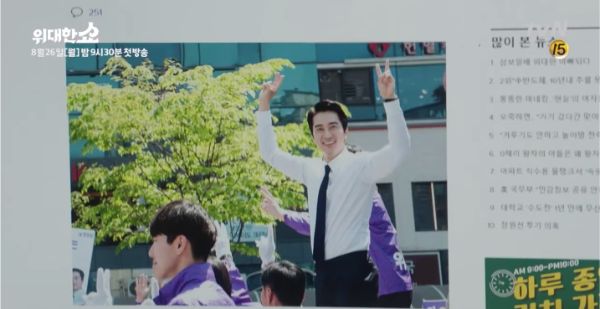 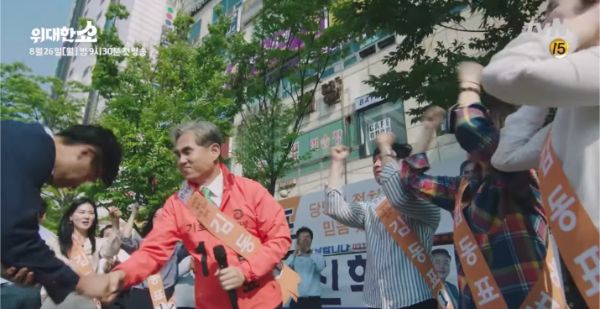 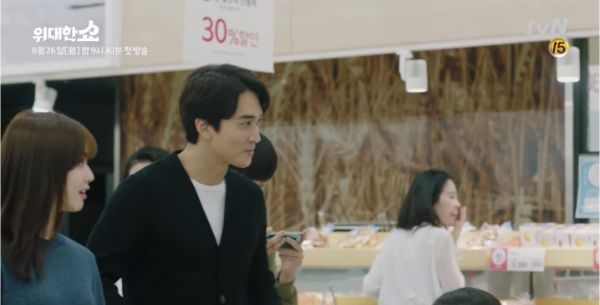 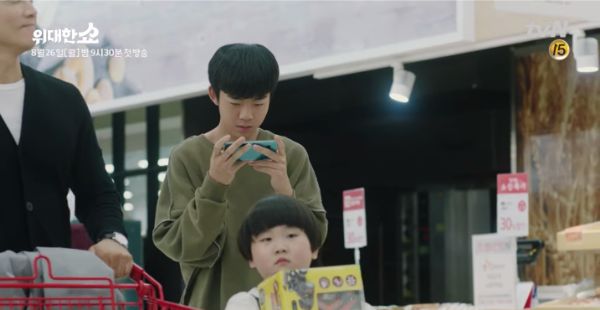 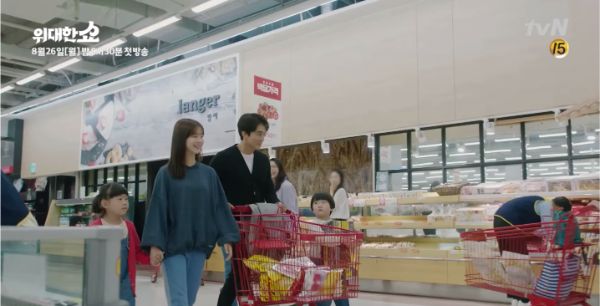 Lol, I love a good political scam drama. Here is hoping it's as good as A good Citizen!!!

HAHAHA Count me in!

So... the kids aren't actually his? I am confused, lol!

This sounds awesome 😄 I hope it is as fun as My Fellow Citizens was!

Ooh, this looks like fun! Noh Jung-eui broke my heart when she died young in Live Up to Your Name, glad to see her in what seems to be a meaty role. Loved Black (minus the ending) and enjoyed Player (Kim Won-hae survived the car of doom!) so will be waiting for this.

Oh, so that's where the kids come from! Now this sounds a lot funnier. SSH as a scam artist will be great.

I hope we'll get a good laugh with this show and that it will end up becoming a fun and heartwarming drama where Song Seung-heon gets attached to the kids. HAHAHAHA

Also, please give us a great villain, preferably a woman, someone like Hooja from My Fellow Citizens.

Ok this is totally a sequel to My Fellow Citizens. I'm in 😂

Don't like politics, but man I love kids (at least in television and whichever that is well behaved and not mine, 😂).
So maybe I will watch... 😅

Ohhhh I don't know if I'm ready for something like this especially just after My Fellow Citizens but SSH is hilarious in comedy.

He really doesn't know children if he thought it could be a good idea to take care of FOUR children, even for his career. It will but very funny to watch :D

It would be hard to beat MY FELLOW CITIZENS but lets hope it tries for that- I will be watching this one.

I thought the children would be younger. But I do know that teens can cause their own havoc. 😄

i love scams, i love kids, i love stealing from the rich and gaining justice

tho i hope to god this show won't have romance but i'm pretty sure it will.. so can i resist....we shall see. adorable fam

To be honest, any show with Song Seung-heon in it means that I will definitely check it out. He does both comedy and evil well.

Soooo... I guess politician is the next trending kdrama's profession, after doctor, lawyer, prosecutor, detective, secretaries, pastor/priest haha. I'll definitely check it out :)