Bionetic battle between good and evil begins in Rugal 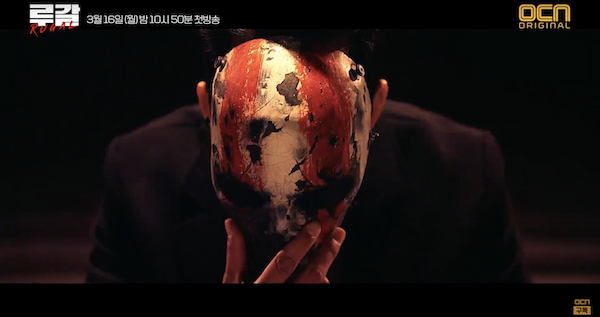 OCN just dropped an awesome teaser for its upcoming superhero sci-fi drama Rugal, starring Choi Jin-hyuk (Justice) and Park Sung-woong (When the Devil Calls Your Name). Rugal refers to this drama’s group of elite soldiers who have been bio-engineered to have superior capabilities. Together, they fight against Korea’s largest underground terrorist organization, Argos, headed by Park Sung-woong’s character.

When Argos commits another unspeakable act of terror, Choi Jin-hyuk loses both his eyesight and his beloved wife. He is reborn through Rugal with a new set of bionetic eyes and a mission for revenge.

The teaser begins with a man in a red mask, standing over a desk threateningly in the middle of a dark room. The scene flashes to a compositionally opposite room with a man in a white blindfold, sitting in the middle of a brightly-lit white room. He slowly pulls the blindfold off as the other man takes his mask off. Choi Jin-hyuk’s voiceover says: “When the bastard snatched away my everything, I was reborn.”

When the blindfold falls away, we see the man is Choi Jin-hyuk with glowing blue artificial eyes. The man in the mask is revealed to be Park Sung-woong. And thus, the battle begins between light and dark, justice and greed. 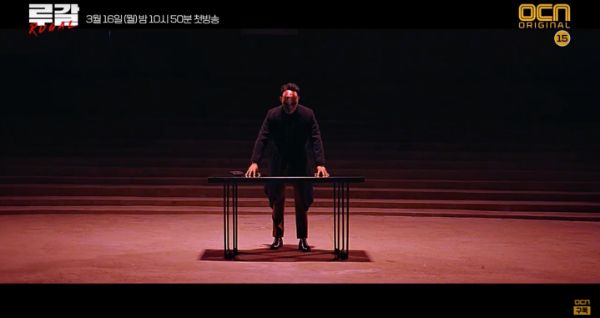 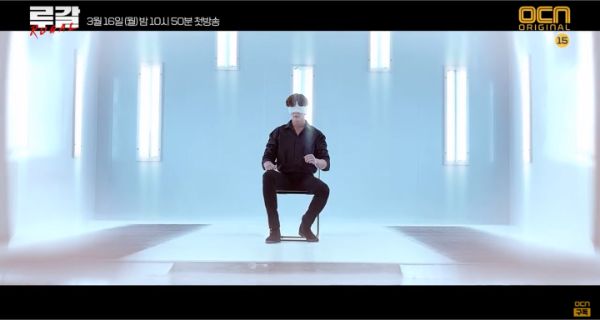 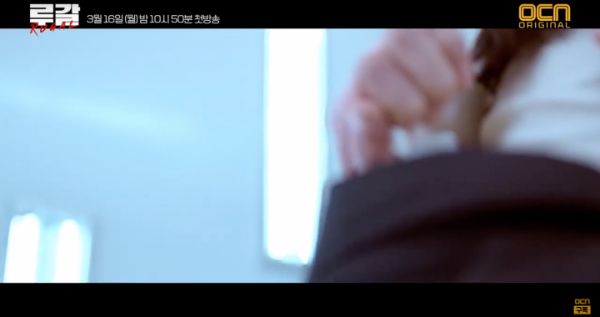 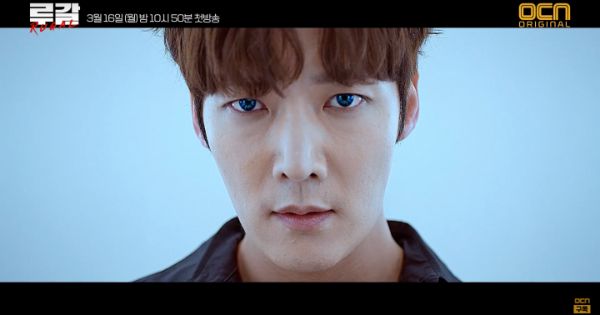 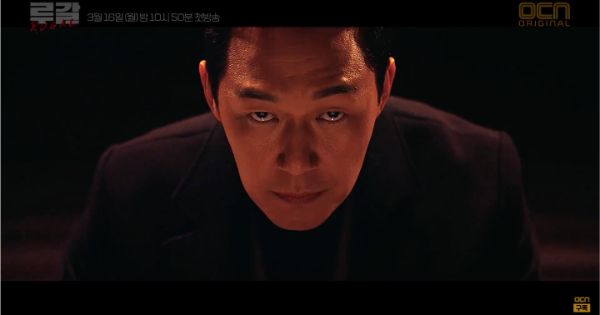 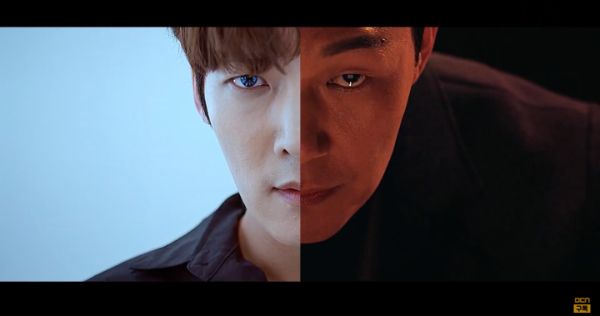 I'm so excited for this, I would like them to change up the eye color though, why is it always blue, why not coral, yellow, or green would be pretty.

Why change color at all?

They are fake eyes, but fair point.

I checked the wiki site for "The Game: Toward Zero" right after I posted this. That drama is about a guy with supernatural eye power. And guess what one of the comments said? He should wear color contact because they zoom in his eyes so very often. LOL.

Lol, I just watched the first ep, unnecessary, but hilarious😁

I just want to know what those bionic eyes do. Will they tell us within the first couple episodes?

Bionic or bionetic? What's the difference? The eyes can unleash fire.

Bionetic. Is that a word?
Maybe he's the villain in oppa's drama who causes the fire.

This drama is based on the same named Webtoon. So it should follow the webtoon when it comes to capabilities.

i am just ready to see Jin Hyuk on my screen again no matter what color of eyes! park sung woong always adds a good factor to his roles!

Excited for this drama. Both are great actor. Plot is interesting.

Will he fall in love with the scientist who made his blue eyes? This drama reminds me of Robocop. The original, which broke my heart.

Haha. You just have to make romance out of everything.

Im looking forward to this now! a good old fashioned revenge story robocop style. I like it!

He better can shoot lasers from his eyes.

I thought his eyes were bright yellow/orange in the manhwa, I have to check it again, it's been a while...

I would've liked them that shade, like a cat's. But I guess blue is more people-friendly, lol.

I hope they get it right. There are a lot of action scenes in the manhwa, let's see how they translate into a mini-series format...