My Girlfriend Is a Gumiho 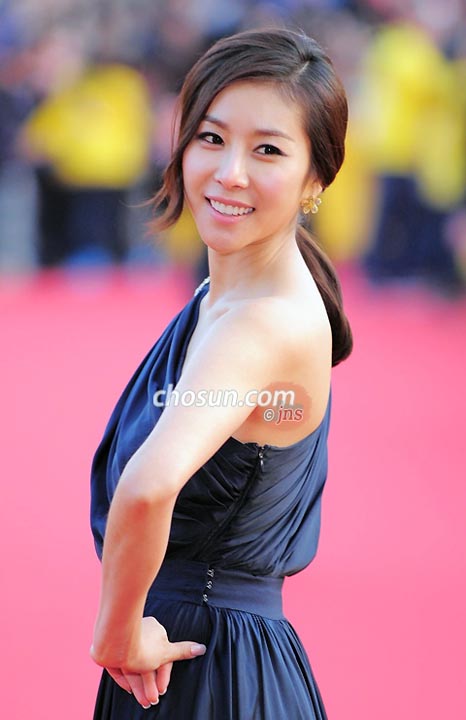 It’ll be the summer of the gumiho, with two dramas featuring the mythical creature in the works. In addition to the Hong sisters’ My Girlfriend Is A Gumiho on SBS, KBS is also launching their own drama, Gumiho’s Revenge, which will star Han Eun-jung (Cinderella Man, The Divine Weapon).

Gumiho’s Revenge, like My Country Calls, also won an award in last year’s KBS script competition under the title Fox Sister. In the story, the gumiho leaves her husband and has a young daughter who has inherited her mother’s ability to shape-shift (gumiho lore includes their abilities to transform themselves to look human). She decides to take revenge against a human, whom I’m presuming to be the husband (but which isn’t specified yet). The drama will be written by Oh Sun-hyung (Don’t Hesitate) and Jung Hye-won, and directed by PD Lee Gun-joon (Golden Apple, Loveholic).

That’s the extent of the plot info available at the moment, but it appears it will take a different tone (presumably more serious) than the lighter one in My Girlfriend Is A Gumiho — which, I might note, is assumed to be a comedy because it’s coming from the Hong sisters but has not actually been described as one. (It has been called a “fantasy-melo” — the melo doesn’t have to mean a tragic type of melodrama, but refers to a dramatic sort of plot.) Still, it wouldn’t be a Hong sisters drama without a strong comedic angle, so I don’t think it’s too much to expect. I wonder if Gumiho’s Revenge will be given the traditional gumiho treatment (as in, folkloric horror), as we saw in Hometown of Legends.

Gumiho’s Revenge will air on Mondays and Tuesdays after the currently running My Country Calls, premiering in early July.

Tags: Gumiho's Revenge, Han Eun-jung, My Girlfriend Is a Gumiho

do you mean cinderella man instead of cinderellas sister?

She was in Cinderella Man, not Cinderella's Sister :)

Thanks for the article... um, other people beat me to it but yeah, isnt it cinderella man?
otherwise, i'm now quite interested in this drama.... altho i'm still more hyped up about the Hong sister drama.
Cheers!

On a side note...the drama My Country Calls, is pretty funny, although i haven`t watch it with subs, but it`s good. Too bad its competitors are more brilliantly good. Luckily i don`t have to chose which one to watch, the beauty of internet..lol...

she looks familiar... was she also the 2nd lead female in Full House????

Hmmm. The writer is the one who wrote Don't Hesitate. Well, that makes me hesitate.And yes I watched the WHOLE thing. Ugh! The only reason why was because the group watching over at viikii was an absolute riot! Lousy drama, but it was great to snark about.

DH had all the usual stuff. An evil mother. A cheating boyfriend. A back stabbing best friend, who was cheating with the boyfriend. A too good to be true Prince Charming with a birth secret. 3,count them 3 comas. 2,yes I said 2,liver transplants. 2 attempted murders.Lots of crying and screaming. Throw in a heroine that is too stupid to live (seriously her nicknames were either Ms Huh? or Brainfart.) and Woo Hoo! We've got a drama! Just not a very good one! :)

So I think I'll have to pass. Looking forward to the Hong sisters take on a Gumiho.

Oh! Thanks! I knew it was her but its been years since i saw a drama of hers (i think) so i had to think twice.. (and i was lazy to google her name.. lol)

HEJ is pretty but I hated her hairstyle in Cinderella Man. Hopefully the writing for this drama won't be as bad as DH!

wow two Gumihos on the lineup. I wonder how it'd go

i hope the "melo" in hong sisters' Gumiho won't be the hong gil dong kind of melo, if it is, i hope they will comfirm it asap, coz i'd need to prepare myself for the angst.

That's totally cool, although I'm not a big fan of the lead.

I hope My GF is a Gumiho does not make SSK have a CGI'd face of a fox -with the snout and everything (That's what they did for that Gumiho movie! )

I honestly loved PMY's portrayal of the Gumiho -it was very elegant and sexy....I hope we get some horror like that in My GF is a Gumiho :)

Oooh, Han Eun Jung -- oo, I've never seen her that before in a drama nor movie, especially I didn't watch this drama "Cinderella Man", too.

I am getting interesting in this incoming drama "Gumiho's Revenge" --- it become so excited, yaaayy! =) I can't wait! (squeals & grins)

I just think the Hong sisters like to throw us off a little, they made YB out like it was going to be something quite serious, but it completely surprised me with its 99.9% hilarity. I'm hoping GF is a Gumiho will be of a similar vein.
I wasn't looking forward to it as much with Lee Seung-ki as the male lead but since I like Shin Se-kyung, and since it's the Hong sisters (duh!) of course that takes precedence over the other Gumiho drama, which I'm afraid doesn't appeal to me in the least.

I wasn't a big fan of han eun jung but after watching "Gumiho's Revenge" I am definitely a fan! Wow, what a dramatic transformation! Her acting was fab!