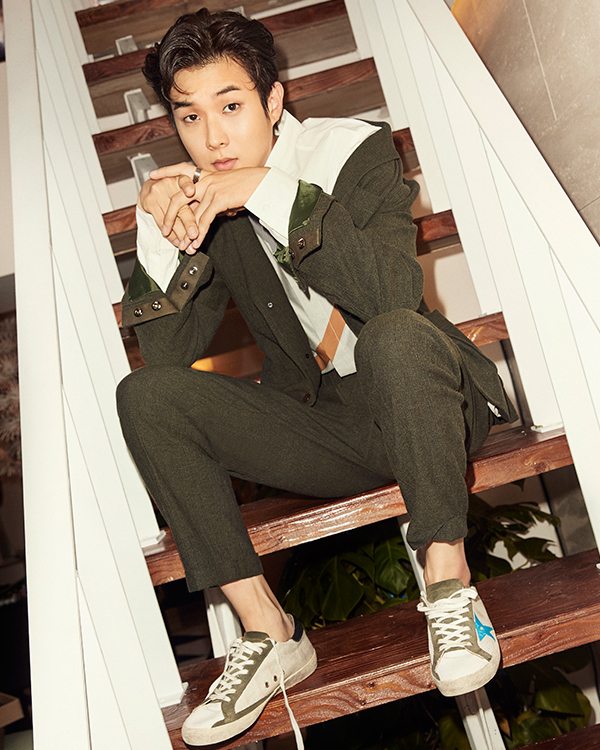 Choi Woo-shik (Fight My Way) has signed onto film director Park Hoon-jung’s latest project Witch. It’s about a female high school student who has been raised by an old couple who adopted her when she was young after she’s in an accident that caused her to lose all her memories. When a mysterious person appears, questions about her past come to the surface. Choi Woo-shik has confirmed that he’ll play a leading role, but specifics on his character have not been released.

Because of the vague synopsis, the movie could go in any number of ways, but I’m expecting an edge-of-your-seat dark thriller element. Director Park Hoon-jung’s filmography, which includes the blockbuster action films New World and VIP, tends toward movies that show the gritty underside of the human condition. As for Choi Woo-shik, I know he’ll have no problem adapting to any range of characters that he may receive. He can play anything from self-serving slimeball (You’re All Surrounded) to adorably naive puppy (Ho-gu’s Love) with a unique flair that makes his characters believable, which is why he’s one of my favorite actors from the younger generation.

He’s definitely been more successful in the film world, having had an explosive start with his indie coming-of-age movie Set Me Free, for which he received many awards, followed by box office hit Train to Busan. Personally, I’ve enjoyed most of his drama appearances as well, though most have been secondary or guest characters. Argh, I really want him to be the main lead in a drama so I can watch him for more than two hours every couple months. He does have the travel drama The Package with Lee Yeon-hee coming up soon, where he’s set to become the heartbreaking object of my second lead syndrome.

Choi Woo-shik is scheduled to begin filming for Witch, which has a tentative premiere date for 2018, after he finishes wrapping up his work for Joseon sageuk movie Strange Object.

I love this guy and agree, he is one of the best actors in his generation. Glad he is active in chungmuro. Btw, has he confirmed to join Jo Jung Suk's new drama?

He is one of Prince's minions in Rooftop Prince is it? The yellow tracksuit.

They all look similiarly cute, young, adorable and in same age generation haha

I am always here for the Woo-shik

I'm not hearing good things from the first review of VIP beside Park Hee-soon's performance. I'm glad he has a couple of sageuk films to be released this year.
I'm not liking this back to back films with Warner Brothers for some reason. I hope Park has creative control over his films.

Good luck to Woo-shik! It takes a long time to make it Chungmuro for most actors.

He is my actual favorite but I never get to see him in anything. DO MORE THINGS WOOSHIK!!!!

I think this film also has Steven Yeun attached to it =)

That would be Lee Chang Dong's "Burning."

Ooooh okay, gotcha!
I've been on an obsessive Steven Yeun binge all day after watching him play with Sam Hammington's son, William, on the newest episode of "The Return Of Superman".... SO FREAKING CUTE AND PRECIOUS

Love him and I'm happy that he might be getting one of the main roles in Director Lee's film.

Do all the things Choi Woo-shik <3

i love Choi Woo Shik and long to see him as a drama lead too.

Oh I loved New World. Glad to see him working with this PD.

All the best! Excited :D

So this was the role LJS was offered right? Or is that another role in Witch?
I wish Jong Suk could have done this movie *sigh* but due to military service he couldn't.

Ah... too bad, I have been waiting for VIP movie because of Lee Jong Suk and A-list actors in it.

VIP will release tomorrow :) I'll check it out as well, since I loved New world

"I really want him to be the main lead in a drama so I can watch him for more than two hours every couple months".

I was breaking my head over WHO THE GODDAMN TRUCK DRIVER in Okja was for a good 30 minutes, after which I realised - trashy ex from Fight for My Way!