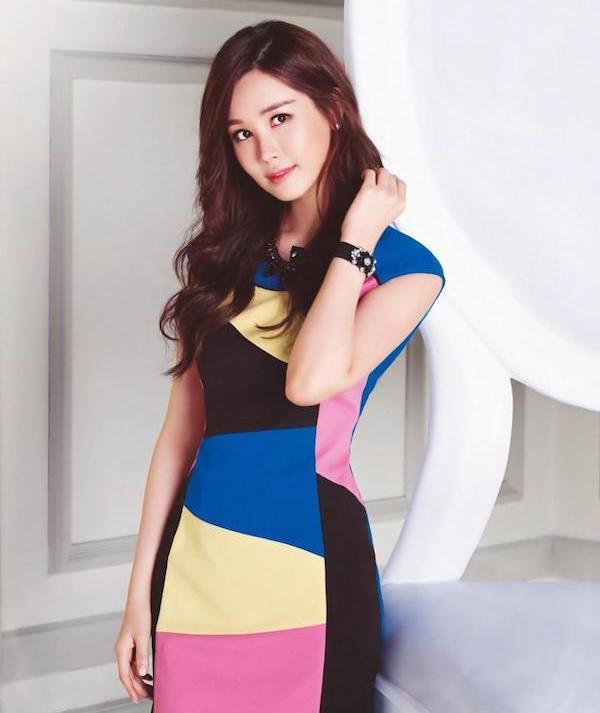 One of my most fondly remembered actresses from my earlier drama-watching days, Lee Da-hae (Hotel King), is considering a return to Korean dramas after spending the past few years more active overseas. She’s been offered a lead role in the MBC weekend drama Money Flower, although she’s reportedly reviewing other scripts as well. MBC has also clarified that she’s one of the candidates, and has not confirmed.

A synopsis on Money Flower hasn’t been revealed but the writer is Lee Myung-hee (weekend sageuk Jang Young-shil, airport action drama Air City) and the PD is Lee Hyung-sun (weekend family series I Summon You, Gold). I can’t say I’m a huge fan of all their works, but Lee Hyung-sun does have a lengthy record of weekend family dramas and was the main assistant on All About Eve, a Hallyu classic.

For Lee Da-hae, if she confirms, it will be a comeback in three years since her reunion drama with Lee Dong-wook, Hotel King, in 2014. I was really looking forward to it because I loved watching My Girl, but unfortunately their matchup wasn’t as successful that time around.

Lee Da-hae has since been active in China, acting in Couple of the Century, which was about a star contract marriage, and also headlining My Goddess, My Mother, playing a successful careerwoman. The only domestic activities she has done recently are modeling CFs and a cohabitation variety show called Guesthouse Daughters.

In any case, I’m looking forward to her comeback. Money Flower is tentatively on the schedule to air in the time slot of Thief-nom, Thief-nim after it ends.

Wow I was literally thinking about the show that will air after thief nom thief nim and we already have new about the next show. I've only seen her in hotel king and I was wondering she'll come back on screen I hope if she takes it that it will be a good project cause I've missed her

It's been a while since the last time I heard her name! If she accepts, it's good to have her back in dramaland.

Please something to get rid of Hotel King after her name...

I miss her! My Girl is one of my fav classics and it will be forever ?❤❤❤ Lee Dae Hae & Lee Dong Wook are still the top of my fav OTP, although Hotel King is kinda ruined it but not in total. Glad that she is reviewing new drama, but weekend drama again? hmm. If it is KBS weekend drama, and she is to find her re-discovery role maybe role like Lee Yu Ri's in FIS, I will be glad. But MBC weekend dramas are quite a disappointment lately.

Ikr, why should it be weekend drama Gosh I had enough with tons episode. I wonder if they can just slip her in weekdays drama instead :(

My Girl is a drama that I have fond memories of <3 Def. imperfect but I enjoyed it. Too bad it's a weekend drama... I don't usually follow them.

I know Lee Da-he was in Hotel King but I haven't seen her in a drama since she appeared in Miss Ripley. So it's been a while!

How I wish she'd be paired with Joo Ji Hoon, I really, really like him...Give him more opportunities, please PD-nims...How I wish he'd be the male lead in that drama with Yoo Yoon Seok (I forgot the title, sorry)

Seconding your idea for Lee Da-hae with Ju Ji-hoon! Although I'd really love to see a reunion of him and Shin Min-ah, their chemistry was smoking hot.

I know she is very loved around here, but I didn't like her in anything after My Girl, and even there she had the tendency to overact. There are so many other more talented and interesting actress now, that I haven't missed her one bit. I wish her good luck though, it's just I'm not gonna watch her drama.

Hotel King was crazy and melo, but I actually really enjoyed it! Lee Dong Wook clenched onto my heart, and I shipped the main couple so intensely that I would have ahjumma chest-slapping moments.

My lady supposed to be in rom-com and stuck in Wednesday-Thursday slot instead of weekend drama. Andwaee.

The latest news -Han Chae Ah is offered the female lead role in this drama, so it means Lee Da Hae ended up not taking this role. I love Han Chae Ah too, and she wasn't active in a drama for more than a year except cameo in Introverted Boss. I'm glad she is getting lead role now.