It’s a very short teaser, but we finally get our first glimpse of Jo Jung-seok (Jealousy Incarnate) in his new body-possession drama Two Cops, about a cop whose body gets inhabited by a con man. With this actor and this premise, I’m expecting all-out hilarity to ensue. That’s the expectation, anyway (I mean, how could you cast Jo Jung-seok and deny us comedy?), but the first teaser focuses on his badass side, the tough cop who never misses his mark.

The new MBC fantasy investigation romance stars Jo Jung-seok as a righteous violent crimes detective nicknamed the “Grim Reaper” with an impressive arrest record and an even more impressive list of martial arts skills under his belt. In the teaser, he kicks and flies his way through various criminal gangs while narrating, “As a given, a Korean detective knows taekwondo, hapkido, judo, gumdo, etc. At least 20 levels. So don’t show up before my eyes, you stupid thug.” Then he puts on his dress uniform and says to the camera, “Me? I’m Detective Cha Dong-tak of the violent crimes division, central precinct.”

He seems like a very no-nonsense character who’s extremely proud of being a police officer, so I can only imagine the disruption that’ll occur in his life when he gets possessed by the soul of a con artist. And on top of the fantasy investigation elements, he’ll also have a romance with a prickly reporter, played by Hyeri (Entertainer). It will take a lot of convincing to get me to board this ship, but if anyone could make me believe the unbelievable, it’s Jo Jung-seok.

The first teaser doesn’t really give us a feel for the drama since it’s just one slice of the pie, but at least now I’m eagerly waiting for the rest. And knowing that the drama comes from the PD of Weightlifting Fairy Kim Bok-ju, I’m hopeful for what’s to come. 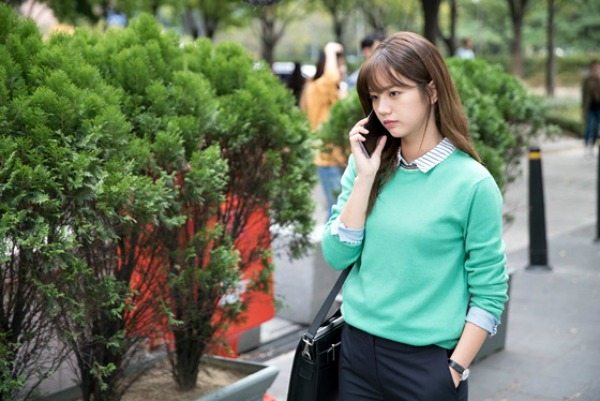 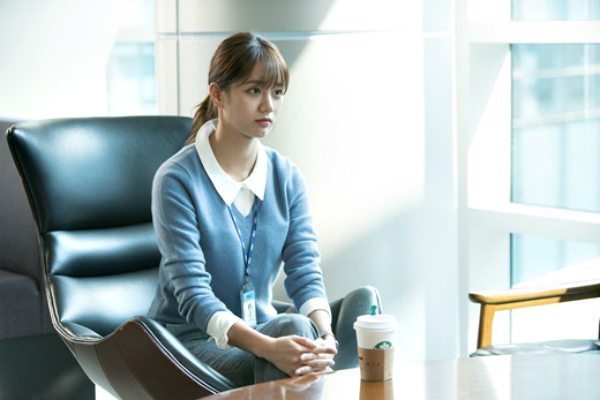 Via Sports Chosun, My Daily

1 gadis is camping in the cells village (again)

I can only think about how handsome and cool he is in that uniform, and also how much I miss him on my screen.

Arghh...Hyeri is just a miscast. I hope she makes me eat my words.

Yeah, me too. I'll be glad to say I was wrong in my assumption.

When I read news about this drama I get excited 'cos of JJS. Then I also remember Hyeri will be in it and it goes poof.

How does he go from Bae Doona in "Drug King" to this?
I wish I could switch this girl with Jung Eun-chae who is being cast as 2nd lead in "Return."
Love the chemistry between her and Jo Jung-seok in"The Fatal Encounter."

Jo Jung Suk! He looks so good in the uniform! Has he never done a cop role before? Have we really been denied this look all this while!?

Hyeri looks really pretty in those stills and those sweaters really suit her. I heard she and Suzy are close friends. Maybe they compared notes since both happen to be playing reporters in a drama this year.

I trust in Jo Jung Suk to have chemistry with a tree so Hyeri shouldn't be a problem. Plus I really liked her in Reply 1988 so maybe she just needs good direction and characterization? In the PD and Jo Jung Suk I trust!

I really hope that this drama doesn't have the same problem that I had with 'oh my ghostess' wherein the romance never quite clarified exactly WHO the love interest fell in love with. I loved everything else about the drama, but that one detail kind of spoiled it a little for me- it's hard to enjoy a romance when you aren't sold on the OTP. Fingers crossed...!!

He looks so good, glad to see him again, he always try different roles, I hope the writing is good and doesn't waste his talent cough *TOL* cough.
I've never seen Hye Ri in anything, just the first episode of entertainer and I can't judge just by one scene where I can't forget how her screaming in court was cringy, so I will watch and see.

Hyeri is gonna be the reason of low ratings. hope she proves me wrong though.

"It will take a lot of convincing to get me to board this ship, but if anyone could make me believe the unbelievable, it’s Jo Jung-seok."

This looks promising. I'm getting some Earnest-bot vibes, too. ;-)

Seriously yes, seeing him in uniform and pointing a gun... the feels.

That's what I thought too.

Jo jung suk as a conman?! I cant help but remember his character in his latest movie, hyung. That was one funny and heartwrenching movie.

Looking forward to seeing Jo Jung-seok in this new drama. I've seen him as a Royal Guard of Lee Seung Gi in The King 2 Hearts, and that's where i first saw him. He really did good on that i watched all his projects after King 2 Hearts. He was a great actor, Oh My Ghostess is a good one too plus Park Bo Young.

Haven't seen Hyeri's project so i couldn't really say anything with regards to her acting. I'll just have to wait and see.

Jo Jung-seok I'm so ready to be arrested!

I wish I was equally excited about his leading lady.

She looks about 13. Just based on the stills they don't seem well matched at all. Hope I am wrong.

... he’ll also have a romance with a prickly reporter, played by Hyeri

"prickly reporter" ... Is there any other kind, in Kdramaland?

Didn’t expect this kind of teaser actually.. really great teaser!! Well.. Waiting for exactly 1 year for Jo Jung Suk to be back in dramaland.. can‘t imagine if it‘s only „dark“ side like the teaser.. waiting for comedy side of Jo Jung Suk.. he is really great for that side! No comment for leading lady.. I‘m not really happy as well but hey, he can have good chemistry with all his leading lady.. so hope the drama can really give us a fun ride :)

Anyone else feel sad that it seems Jo Jung Seok has been typecast in recent years? Every time he's in something now, most people will assume or expect comedy XD

If you watch his films in between his dramas and musical you probably won't feel that.

Jo Jung-seok is the most impressive actor in all of my bias'. He's only been in dramas and films in the last 6 yrs or so but has the caliber of a veteran film actor.
He makes his mark in whatever he is in whether it's on stage, small screen or the big screen.

JJS is really special actor. He can be good in anything. Comedy, romance, even melo... and now he looks so badass in an action drama!

His films are much better and that's where he shines in heavy and serious roles.

I will watch him read a telephone book......

The age gap makes me cringe hard. I won't be able to get myself to watch this…

Time to fall in love with Jo Jung Suk all over again. I'm so ready...

I need a drama headlined by Lee Jun Gi and Jo Jung Seok, maybe playing two blood brothers or crime lords and such. Little to no romance but more meaty dialogues in a realistic non fluffy scenario. Pretty please?