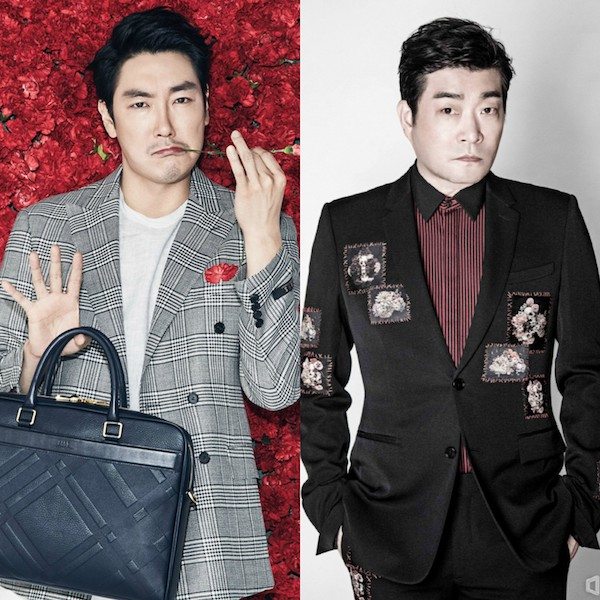 We might be in for a new movie from teddy-bear ajusshi Jo Jin-woong (Entourage)! He’s currently considering the script for sageuk film Joseon Scammers, and reports say that he’s getting ready for an initial meeting with the production team. In addition, another of my favorite ajusshi actors, Sohn Hyun-joo (Criminal Minds), has confirmed that he’ll also be joining the cast.

Joseon Scammers’ synopsis says that it’s about a group that generates fake news during the Joseon dynasty. I guess like Falsify and Argon, except set in a different time period? I’m not quite sure how it’ll pan out, but I’m definitely excited for the reunion between these two amazing actors. They were in a thriller movie together last year called The Hunt, and before that, they were in the wildly popular Signal together where Jo Jin-woong starred and Sohn Hyun-joo had a recurring guest role.

For their potential upcoming project Joseon Scammers, the director is Kim Joo-ho, who has been behind the scenes as screenwriter or director in numerous popular films like Chronicle of a Blood Merchant, The Grand Heist, and Secret Reunion. After Joseon Scammers finishes its final pre-production stages, it plans to begin filming in the first half of next year.

In the meantime, we’ll be seeing Jo Jin-woong in the many other movies he’s already contracted to be in, which include Perfect Time, Dokjeon, and Operation. They all have premiere dates in 2018, but I can’t wait that long! *slinks away to re-watch Signal*

Good to see Brutus Lee and Song Jin-poong reunited again! ("Sons of Sol Pharmacy House," for those of you scratching your heads.)

Yeay! Both of them are pretty wasted in their last drama, that I hope this is a drama instead so we don't have to wait soooo long! Anyway, looking forward to see this movie. It sounds interesting.