Flirting over the piano in tvN’s That Psychometric Guy

Ah, puppy love. Dramaland has such a way with high school romances, unrealistic though they are (my high school love life wasn’t half as cute as seen in dramas). The next entry in this dramaland staple is tvN’s upcoming That Psychometric Guy, which has released a new teaser featuring our two young leads, Got7’s Jinyoung (School of Magic) and fresh-faced rookie Shin Ye-eun (A-TEEN).

The teaser opens on our two leads sitting awkwardly on opposite sides of a couch, with Jinyoung narrating that, “If I just touched you for 3 seconds, I would know. I want to see it, your secret.” Shin Ye-eun muses whether she should show him her secret, as they awkwardly burst into giggles after stealing glances across the couch. Turns out that they’re in a rather pretty (rather random) studio, which includes a piano that our heroine heads over to.

After a playful rendition of what I think is Chopsticks on the piano, the two lovebirds then find themselves on opposite sides of a large, suspended, empty frame (again, so random). Jinyoung tentatively reaches towards her with his hand, while assuring her that “in just 3 seconds, I can know.” For her part, Shin Ye-eun approaches his hand with her own, but draws back at the last second. The teaser labels them the “boy who reads secrets” and the “girl who wants to hide her secret,” as they both lean in for a kiss. Cute.

We’ve got some additional stills as well, of our leads’ best friends. First, we have Noh Jong-hyun (Life on Mars), who will play Jinyoung’s rich, happy-go-lucky best friend. Noh Jong-hyun’s character has given up on his grades, which is something he has in common with his best friend, and harbors a crush on Shin Ye-eun’s childhood friend, played by rookie actress Go Yoon-jung. She is shrouded in mystery, and considers herself an outsider, despite her doll-like features.

All in all, this looks like a cute show with lots of puppy love, and maybe a dash of mystery, what with all the secrets. I guess we’ll just have to tune in to find out what those secrets are. That Psychometric Guy will premiere on March 11, and will air on tvN’s Monday-Tuesday slot following The Crowned Clown. 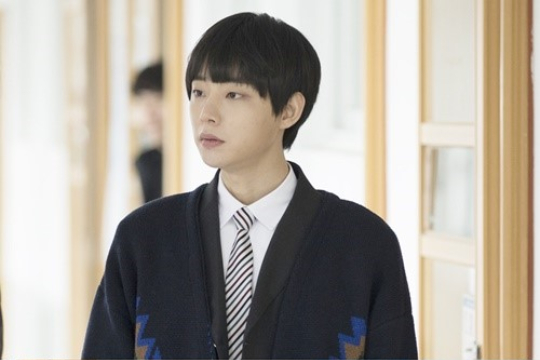 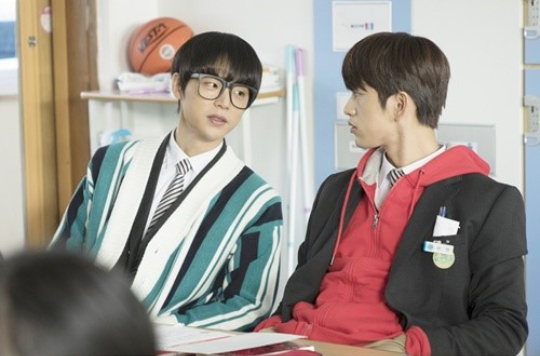 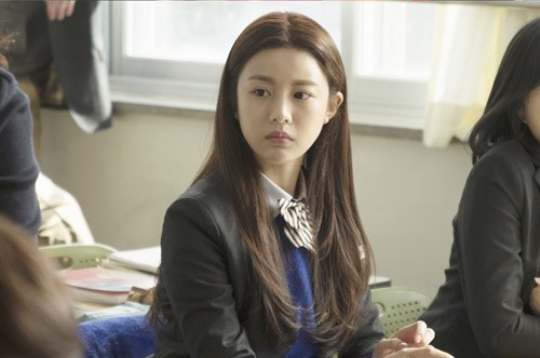 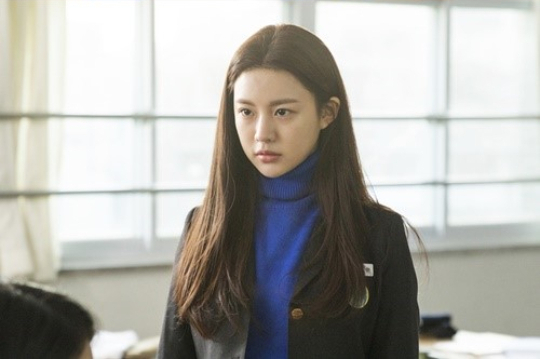 My Love, Eun Dong was the first show I ever saw Jin-young, and he was adorable there. I might have to watch at least a couple episodes of this.

That's good news Ally! Fingers crossed that this drama does not disappoint.

I can't make out what to think about this, but I usually love a good high school romance. I feel like it will be either really cute or a little too strange for me.

Oh it’s the maknae from Life on Mars! Overall it looks “rather pretty (and rather random).” Looks good for an easy binge-watch. ☺️

I love the love that the DB is giving this drama. I just hope it live up to the attention it is getting. Fingers crossed!

It looks so cute!

And pleaseeeee, somebody sub this in realtime 😭😭

Is this a high school romance or those are just flashbacks?

Please be good.. please be good!
Fingers crossed for a successful drama for Actor Park and the whole team <3
Thank You dramabeans for giving this drama so much focus <3