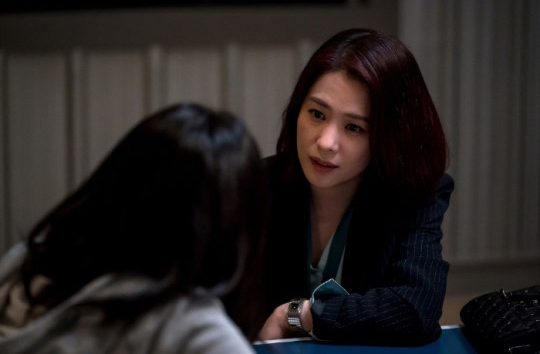 At this point, I’m just not-so-patiently counting down the days until July 6, when OCN’s Watcher will finally premiere. Until then, those of us waiting for the show will have to tide ourselves over with promo material like the recently released teaser and stills, this time of Kim Hyun-joo (Miracle That We Met).

The latest teaser doesn’t really reveal much about the plot of the show, and doesn’t really feature any dialogue at all, which is a shame, since I’m eager to learn more about the former prosecutor-turned-star defense attorney. Kim Hyun-joo’s character is known as the “master of deals” – as in plea deals, I’m assuming – and she’s definitely had an interesting career trajectory, going from prosecutor to defense attorney to essentially a cop’s cop. I look forward to knowing what exactly prompts her to make these career jumps.

The teaser starts with Kim Hyun-joo’s character looking over some case files alone in the back of her car. The clip begins as it did with Han Seok-kyu’s (Romantic Doctor, Teacher Kim) , with an extremely narrow shot, which widens as she turns to face the mysterious man who approaches her car window. The words that appeared in previous teasers make their appearance here as well: “Who watches the watchers?” The teaser comes to an end as she hands the file over to the mystery man.

OCN’s Watcher will follow Voice 3 in the Saturday-Sunday slot. 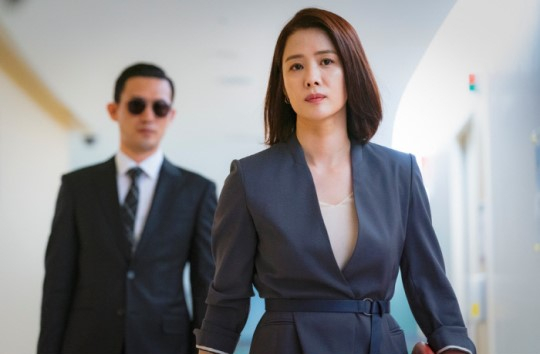 I got chills the first time watching it. Does it mean Kim Hyun Joo will play a shady character in watcher?

Her facial expression is so on point.

Based on the teaser, three of them are shady. I will be glad to see the plot where three of them keep audience guessing who is more shaddy. Ha2

The page Kim Hyun-joo is looking at is in English.
Since OCN’s WATCHER will follow VOICE 3 perhaps it will also follow it at OnDemandKorea.

For me too, i cant wait for colab of han seok kyu and kim hyun joo. Themselves already stunning but to put them together is a must watch for me.

Really liking this teaser. It was mysterious and tense and all Kim Hyun-joo did was hand someone a file.