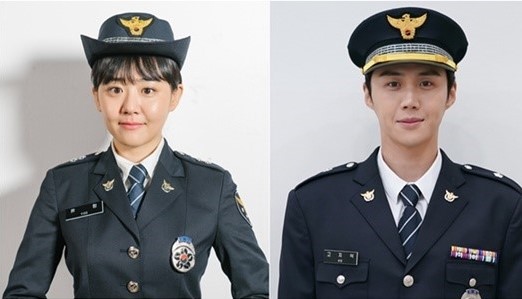 New promos has been released for tvN’s upcoming Catch the Ghost (formerly Catch Yoo-ryung) including character stills and a new video teaser featuring the lead actors as well as supporting cast.

The story takes place within Seoul’s vast subway system, where a serial killer called “the Ghost” is evading capture from the police. The police officers from Seoul’s transit subway division, thus, team up with two members from the regional unit and they work together to try and finally catch the culprit.

Taking on the lead roles are Moon Geun-young (Village: Secrets of Achiara) and Kim Sun-ho (Woohoo Waikiki 2), who both play officers on the subway police team. While Moon plays the eager and reckless rookie cop, Kim plays opposite to her personality as the cautious and principled police team leader.

In the newly released stills, the two are pictured in their police uniforms along with the other members of “the Ghost” catching team. 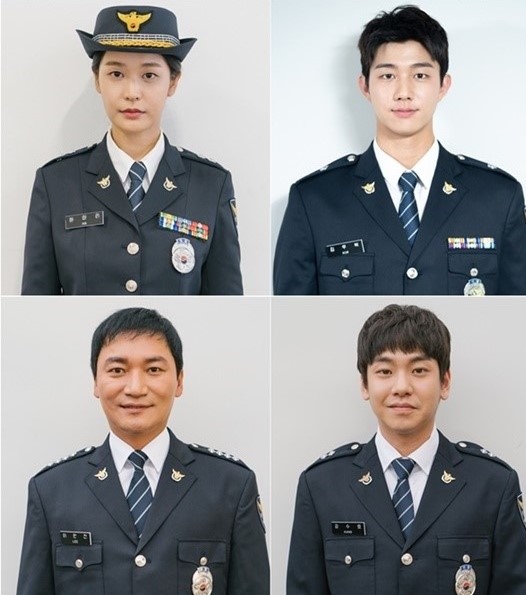 At the top, Jung Yoo-jin (Romance Is a Bonus Book) and Ki Do-hoon (Arthdal Chronicles) are officers from the regional division, and they’re described as the aces of their team.

And on the bottom, Jo Jae-yoon (Rescue Me 2) and Ahn Seung-kyun (Haechi) play officers who work with Moon and Kim on the transit police unit. They have a similar dynamic, as well, with Jo playing the seasoned cop of 17 years and Ahn being only 1 year into his position.

The teaser starts with Moon Geun-young stating, “681 subway stations,” as we see several quick shots of busy traffic in the streets of Seoul: crowds of people walking on the sidewalk, crossing streets, and tapping their cards to enter through the subway gates. The text that appears over the screen matches Moon Geun-young’s narration, and also states the number of subway stations. As the scenes transition through time lapse shots of people entering the subway, boarding and exiting the trains, and the foot traffic within the stations, the text screen changes to: “7,200,000 passengers in one day.” In voice-over, Moon continues: “7,200,000 people. A public space. Various crimes occur on the subway.” As she speaks, we are shown cameras hidden in or under personal items that seem to be secretly recording videos, and pickpocketing incidents. The sequence changes to shots of the subway without people and it cuts to the police station sign as Moon narrates, “The people who are responsible for keeping this place safe are the subway police.” As the teaser ends, we see a shot of Kim Sun-ho in a busy subway car and Moon Geun-young walking out of a subway train as she concludes: “Buddy-cop, investigative drama Catch the Ghost.”

Directing for the drama is PD Shin Yoon-sub (Come Back Ajusshi, Rooftop Prince), and writing will be done jointly by Lee Young-joo and So Won. Catch the Ghost is currently set to premiere next month, on August 26, and will be airing Mondays and Tuesdays on tvN. 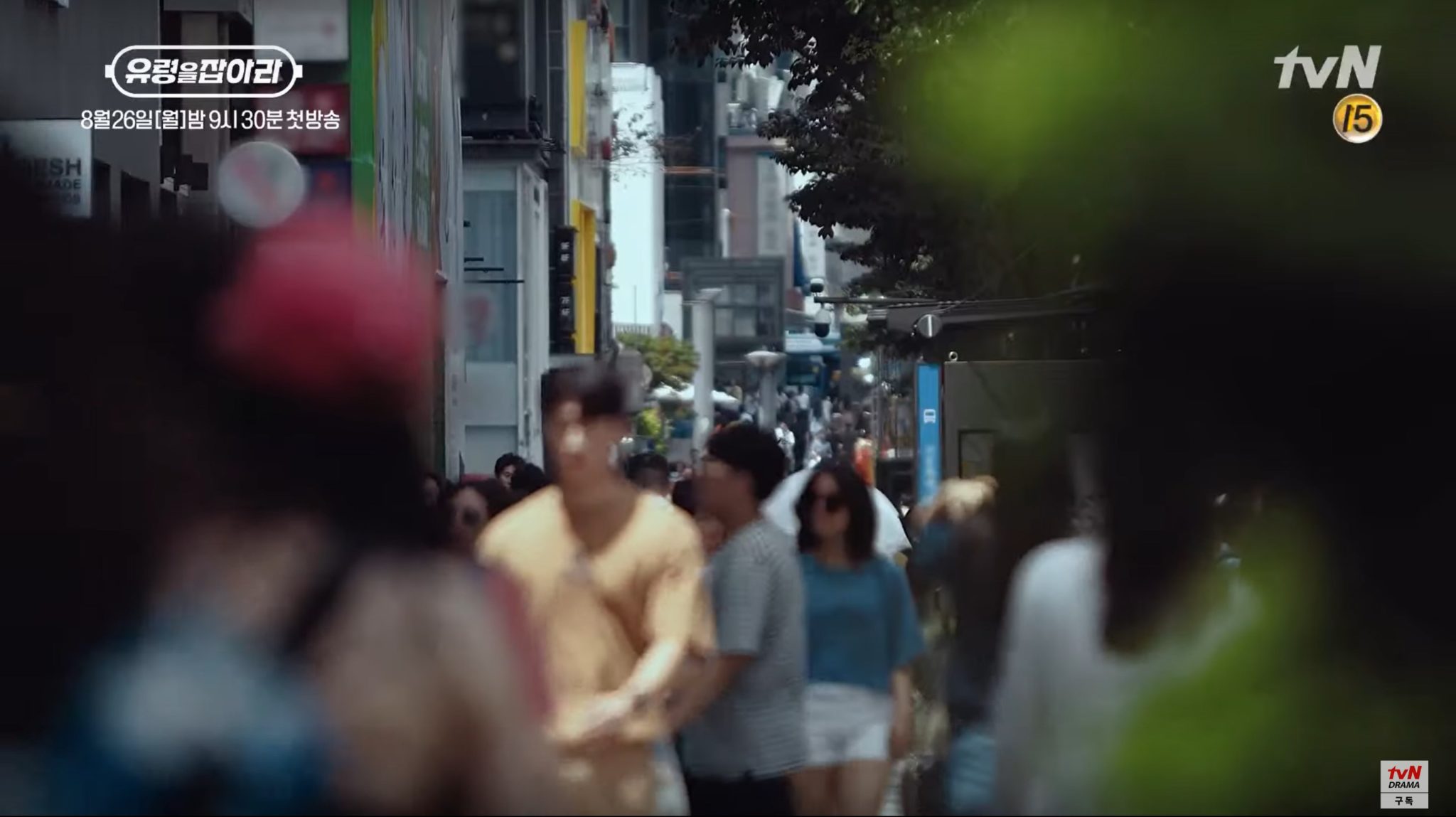 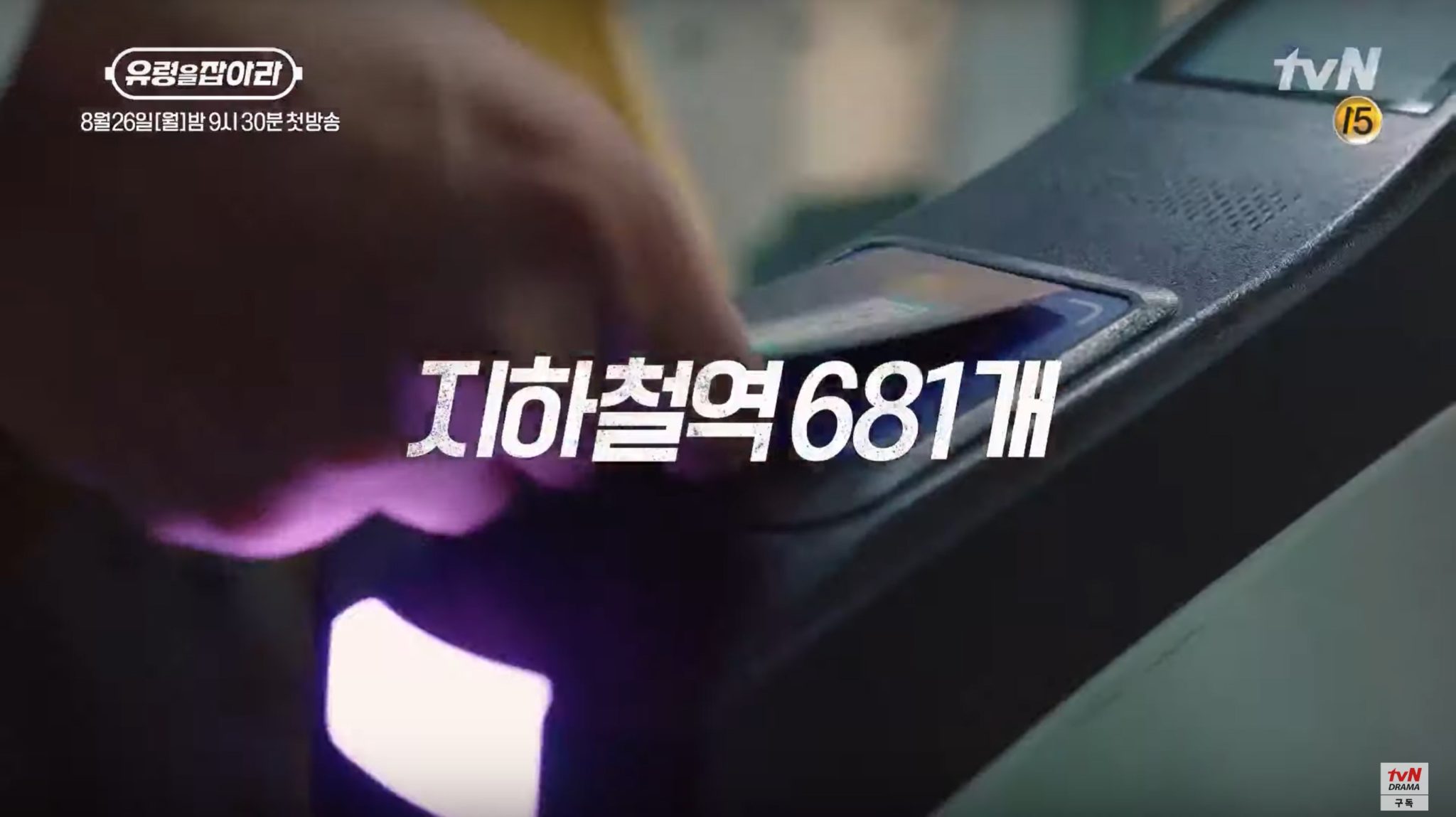 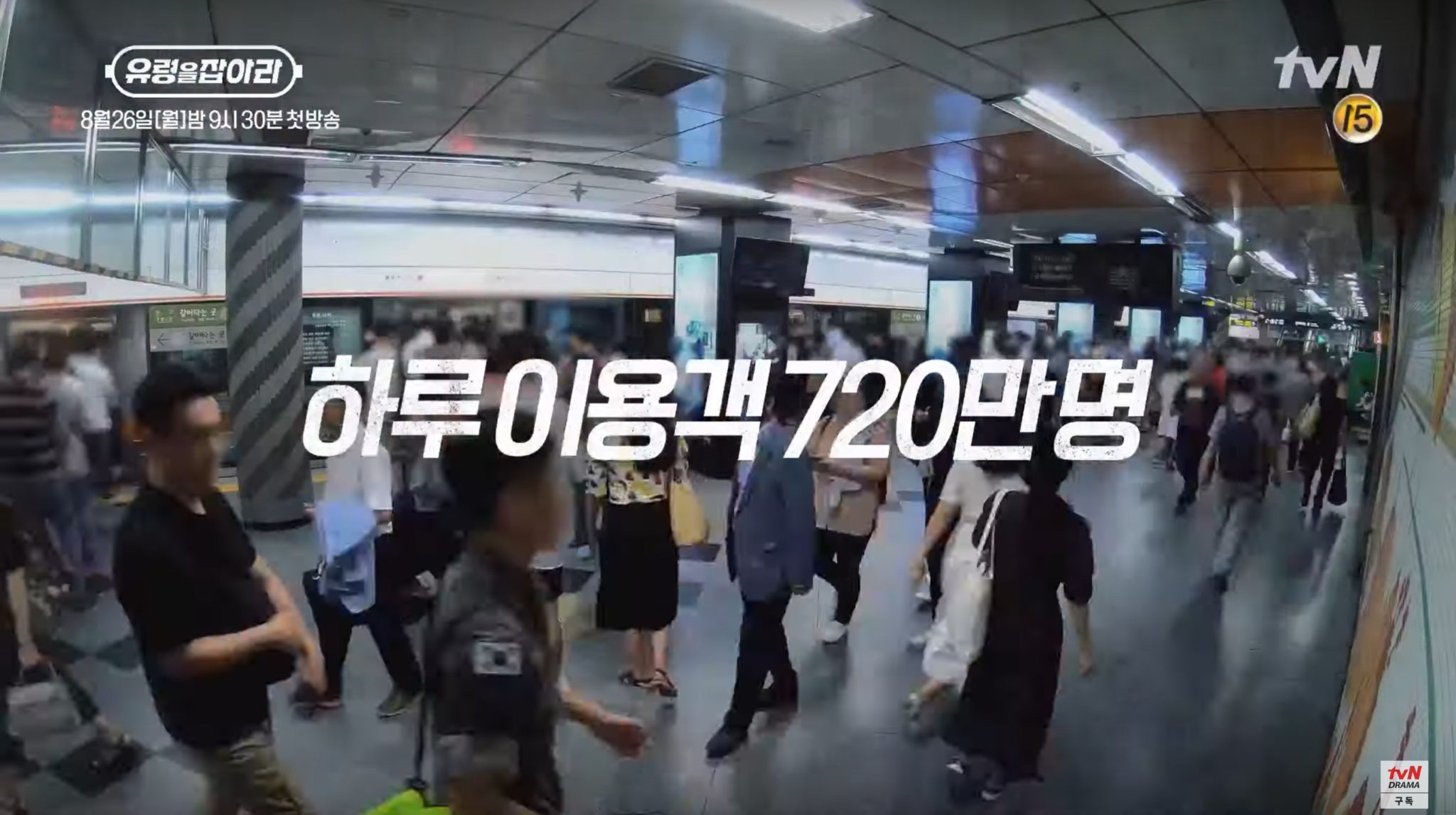 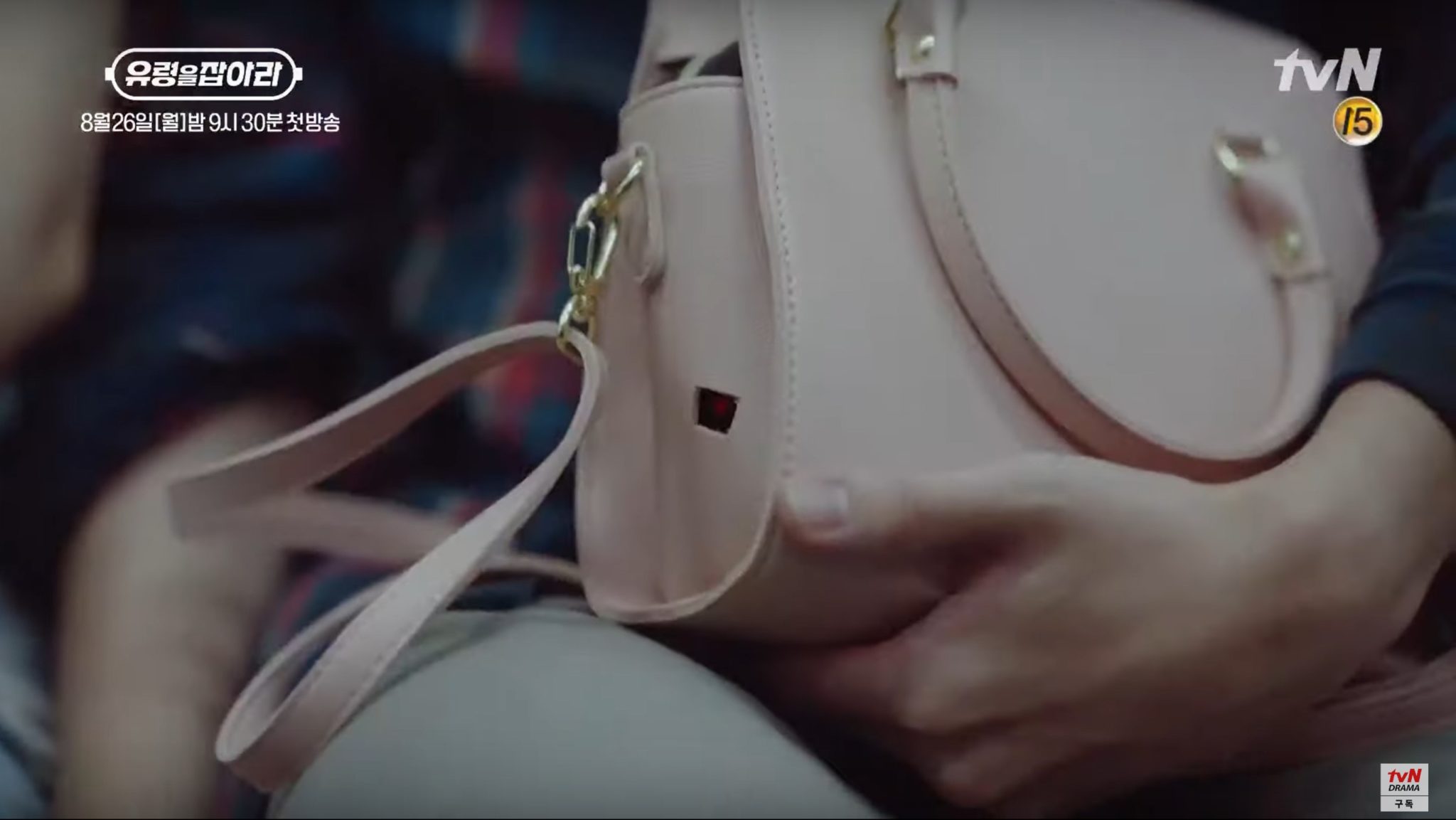 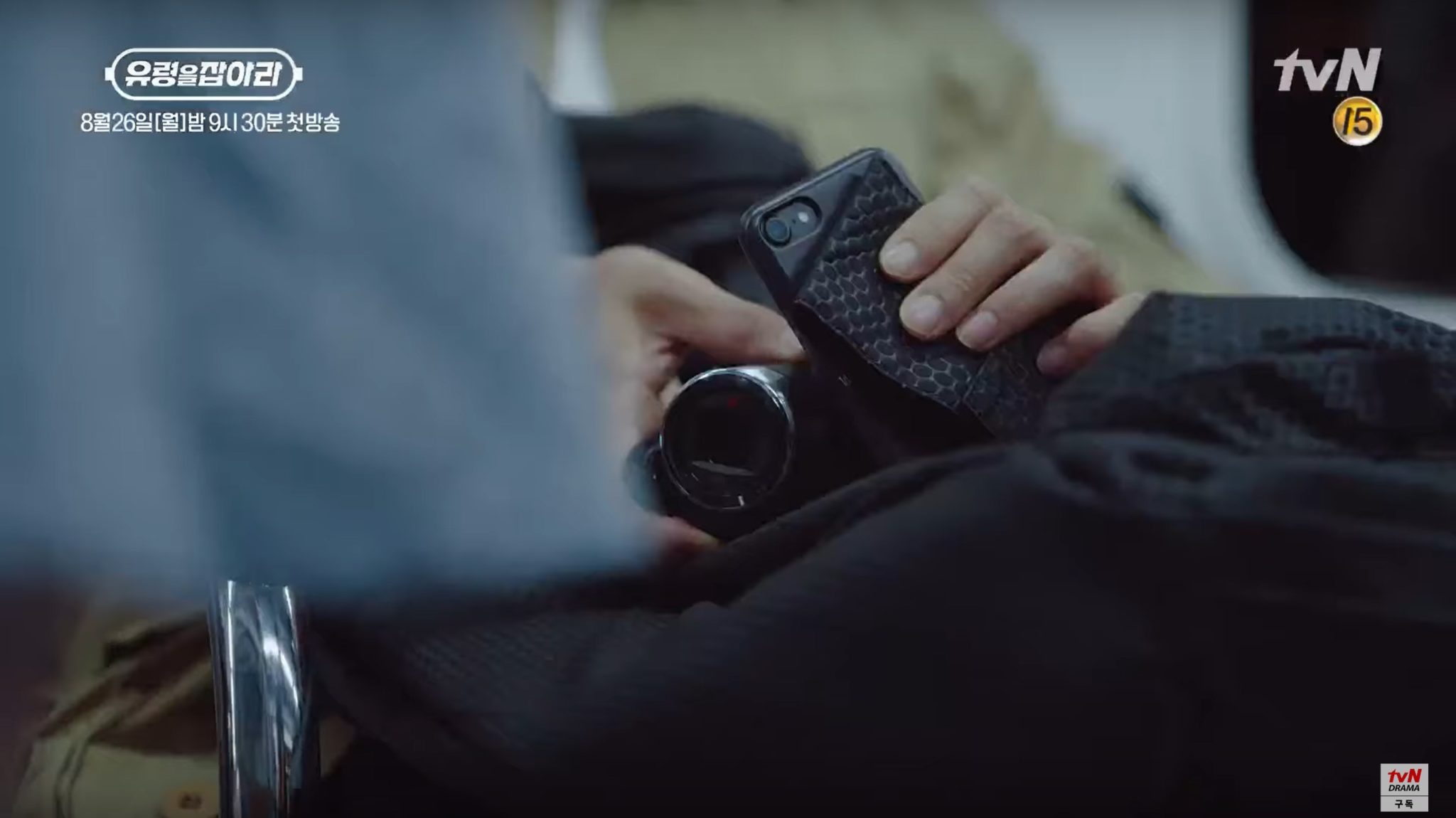 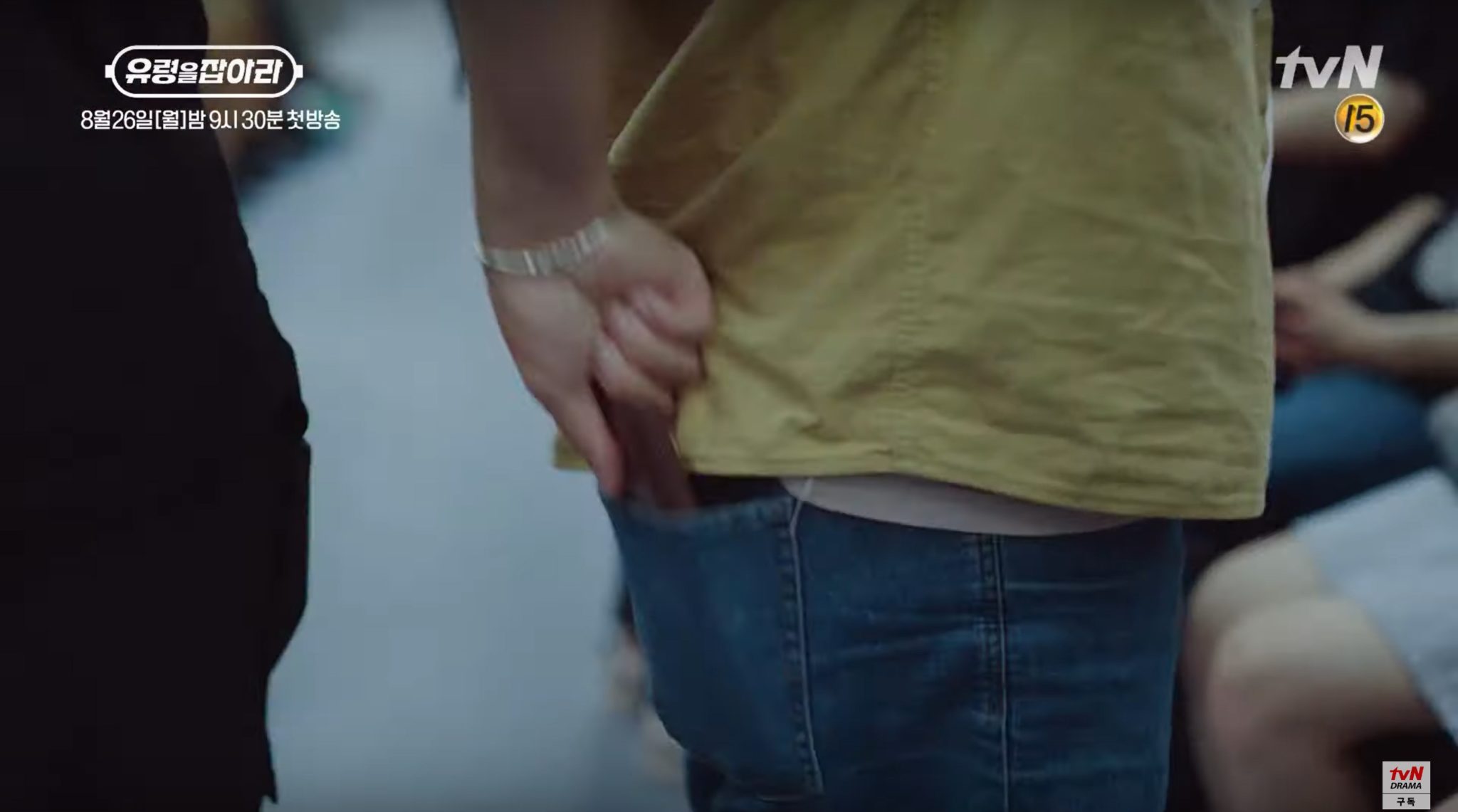 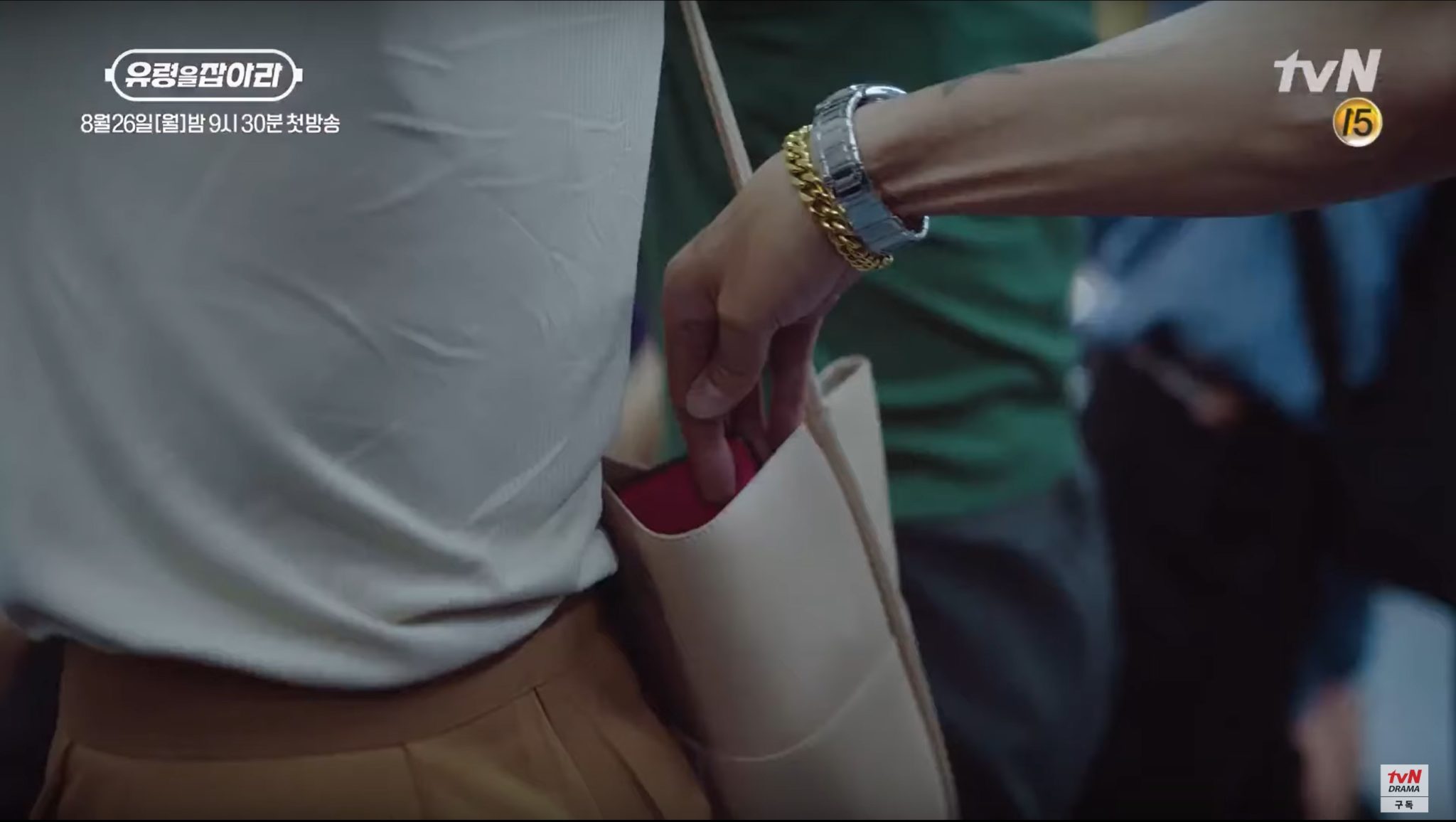 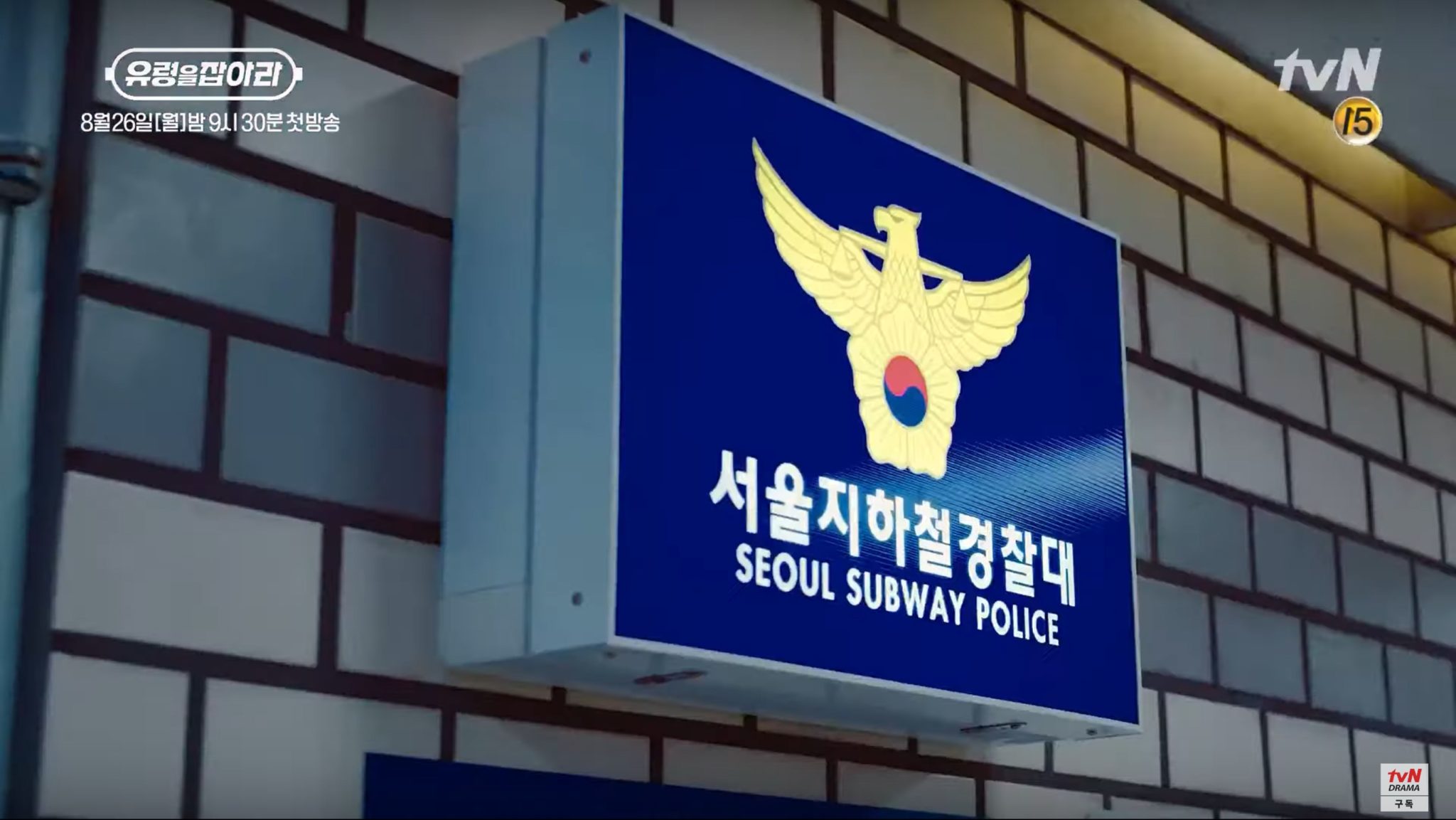 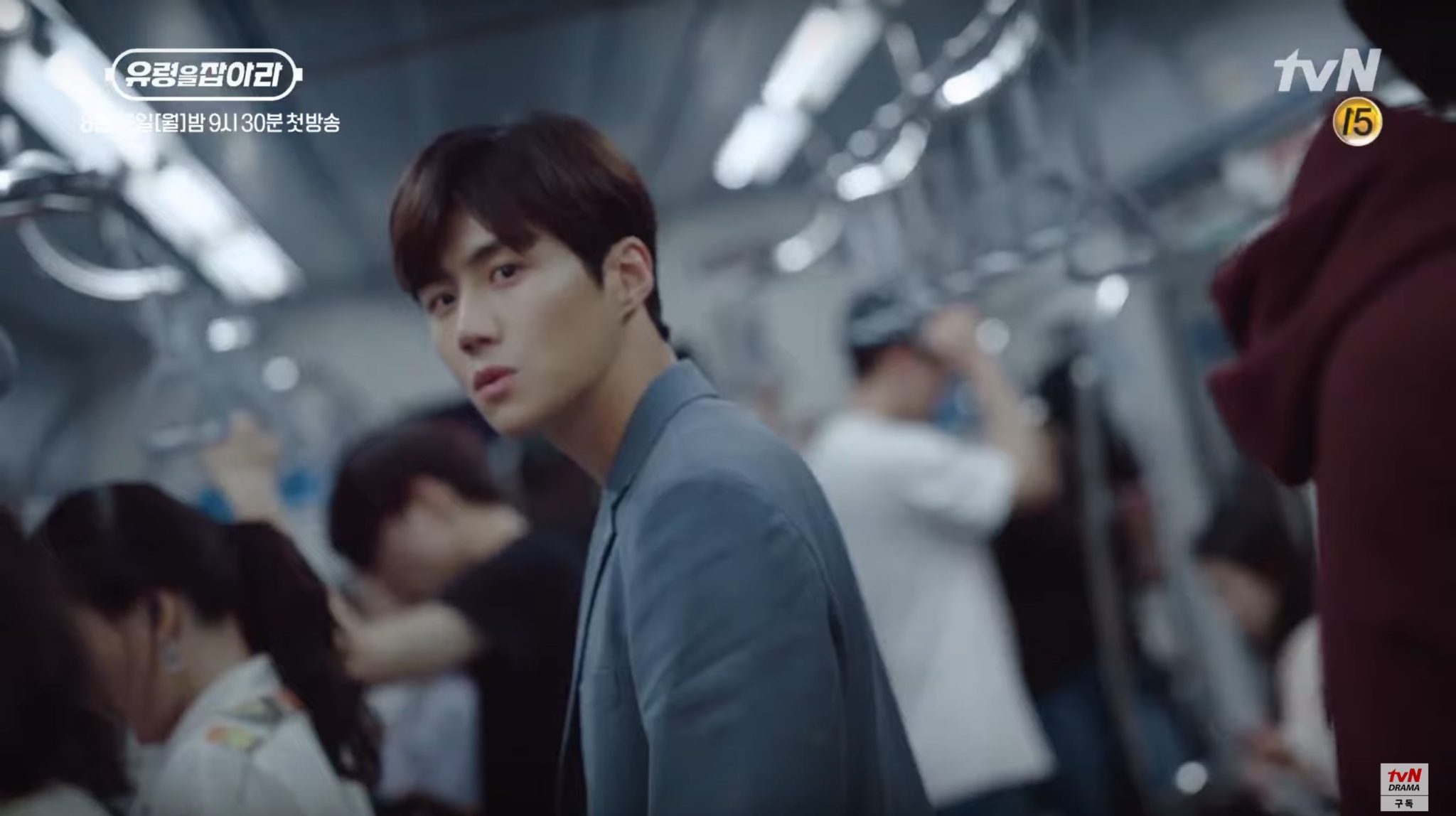 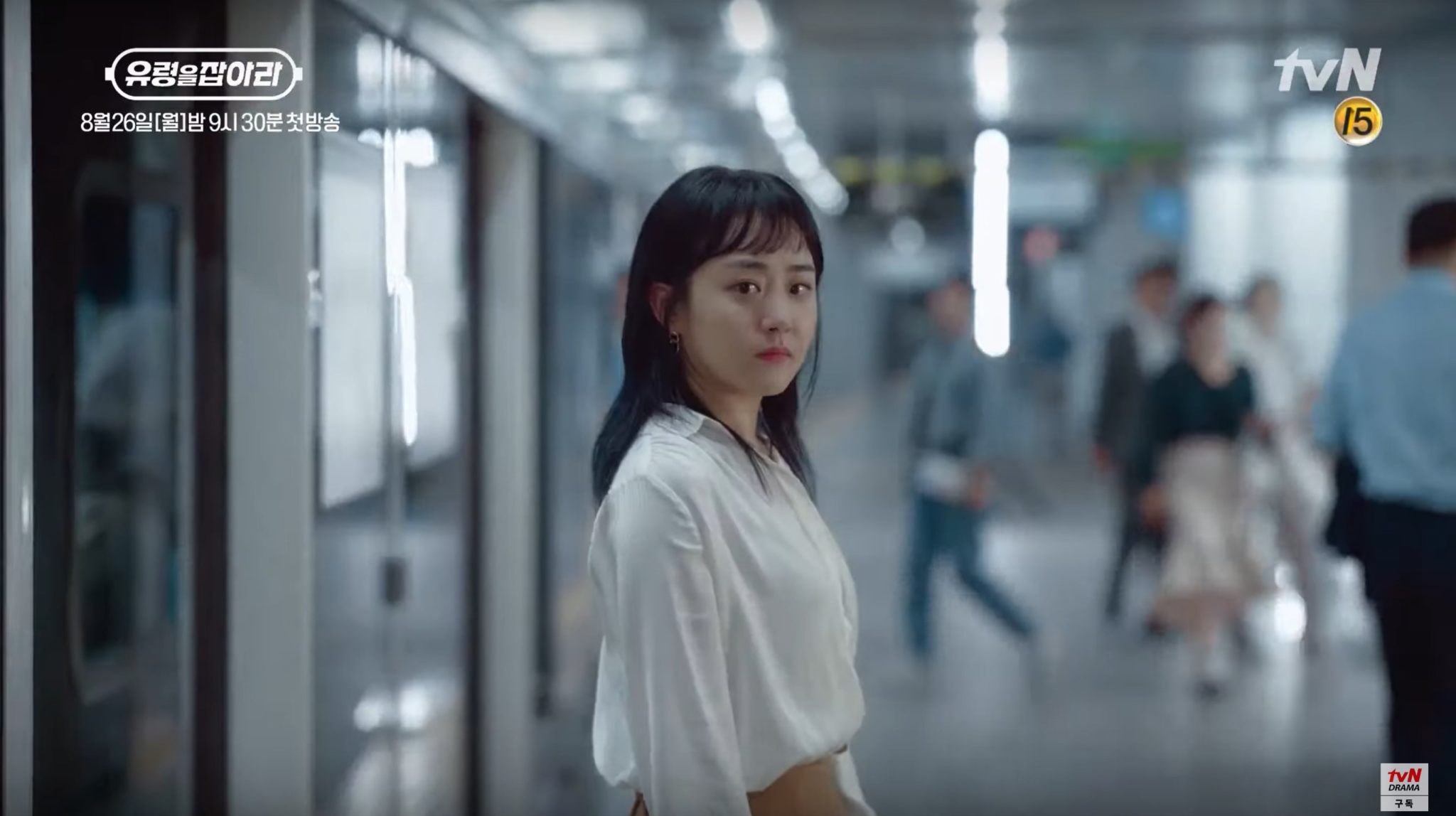 If this isn't thrilling and wonderful, I'll cry.

Moonie! Welcome back to dramaland! Here’s to hoping this will be good.

They make the most adorable police officers I've seen in those top two pictures.

Though in the stills and clip much more like officers.

I'm getting kinda policed out, but this at least is a new take. And I'm glad to see Moon Geun-young back.

Aw man I can't wait Jung Yoo Jin gets her own drama, you know? I loved her in Romance is a bonus book <3

I'm very excited for this drama, please be good. Please don't be Missing 9 (although I did enjoy that ride too... just not in a "this is a super quality drama" sort of a way lol)