A small local mart is about to go under, so the company headquarters sends in a businessman to take over. The employees of the mart do not realize their new boss is being punished by his new role, or that his aim is to make the mart close its doors forever.

A small local mart is about to go under, so the company headquarters sends in a businessman to take over. The employees of the mart do not realize their new boss is being punished by his new role, or that his aim is to make the mart close its doors forever. 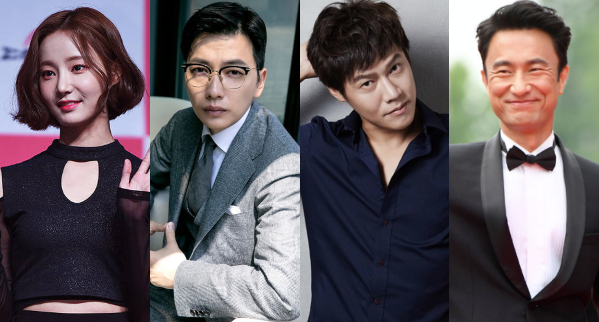 There’s a new webtoon adaptation in the works, and tvN’s Cheap Cheollima Mart has lined up a pretty impressive cast for its workplace comedy. The latest addition is Momoland’s Yeon-woo, who will be making her drama debut in this webtoon adaptation. She will be joining Lee Dong-hwi (Radiant Office), Kim Byung-chul (Doctor Prisoner), Park Ho-san (Bad Detective), Lee Soon-jae (Legal High), and Jung Hye-sung (Mysterious Il-seung).

The drama will take place at the titular Cheollima Mart, a run-down store that is unofficially known as the company’s internal land of exile. The market is a failing enterprise, and will become the focus of both efforts to revive it by an elite manager and efforts to destroy it by the “human bulldozer” company CEO. Aw, the underdog fighting against the powers that be is a dynamic that will always get me right in the feels.

Yeon-woo will be playing Park Ho-san’s daughter in the show, and joins the Cheollima Mart staff because she is infatuated with Lee Dong-hwi’s character, the store manager. She’ll have some competition in the form of Jung Hye-sung, in what sounds like a catty love triangle. Directing is Baek Seung-ryong, who has experience in both variety and dramas, like SNL Korea and Rude Miss Young-ae, and Kim Sol-ji will be adapting the webtoon for the small screen.

Cheap Cheollima Mart will premiere on tvN in September.

Dong Ryong! Omg a love triangle?! 🤣😁😂😆 I will surely watch this one.

You had me at Kim Byung-chul.

me too! wonder if he willl be good guy or bad guy?

oh interesting cast line up! I am looking forward to even this one! How many dramas can one look forward too?

I've been following the casting for this anxiously - I'm just really excited for more Lee Dong-hwi, it's been too long!

5 gadis is camping in the cells village (again)

Wow, look at the impressive casts! This sounds fun, and iirc it will air on Top Star Yoo Baek's slot, which probably means shorter eps. Will check out the first few eps as long as there is subtitle available.

What a great line up! I'm gonna watch this. Please be good, they're all my favourite actors. I believe in you PD-nim, hwaiting!

I was thinking to myself, "I'll watch this for all the ahjusshis and halbae" and then I saw this: "because she is infatuated with Lee Dong-hwi’s character, the store manager".
Damn. Must watch.

I'm gonna watch this even if for this fantastic cast!!!Also, Kim Byung-chul has a great eye for scripts!!!