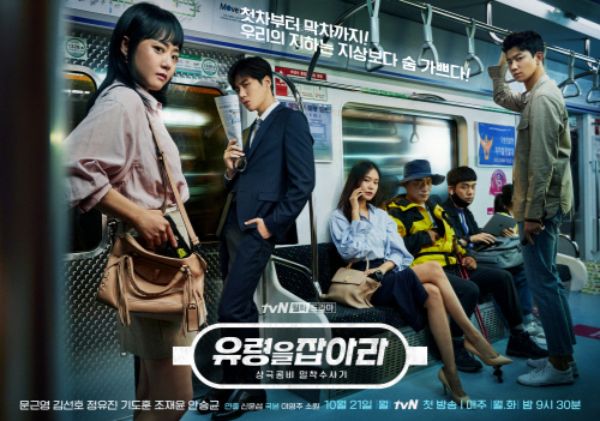 tvN’s upcoming drama Catch the Ghost features Moon Geun-young (Glass Garden) and Kim Sun-ho (Welcome to Waikiki 2) as a subway traffic cop duo that investigate serial murder cases. The poster above says their motto: “From the first car to the last car! The air in our subways is lighter than the air above ground.”

Kim Sun-ho plays a by-the-book character who is the squad chief of the subway traffic team, and Moon Geun-young plays a rookie officer straight out of police academy, whose actions are definitely more gut-based than rule-based.

In the recently released teaser, a romantic vibe is in the air as Moon Geun-young shyly glances at Kim Sun-ho across the subway car, catching his eye. When they get off the subway, it looks as though he gathers the courage to come speak with her, and lightly grabs her shoulder.

Suddenly, she comes in with an elbow strike, quickly followed by a suplex, and he’s down for the count. She turns him around, fastens the handcuffs, and begins reciting his Miranda rights when his police badge falls out. She sees it, and backtracks as she realizes that she’s just apprehended the subway squad chief. Gingerly, she tries to wake him back up, as she makes the excuse that she thought he might be the serial subway rapist.

Other actors who are lined up to star in this drama include: Jung Yoo-jin (Romance Is a Bonus Book), Ki Do-hoon (Arthdal Chronicles), Jo Jae-yoon (Rookie Historian Gu Hae-ryung), Ahn Seung-gyun (Haechi). In the poster, cop Jo Jae-yoon, with seventeen years on the force, is dressed like a mountaineer and is surreptitiously holding his taser gun in his jacket pocket. Ahn Seung-gyun plays a relative newbie with only one year under his belt, and he’s holding a walkie-talkie and handcuffs. Then we have Jung Yoo-jin who plays the regional investigations chief with a hidden camera in her bag. And finally, there’s Ki Do-hoon who looks as though he’s ready for some action with his police baton. 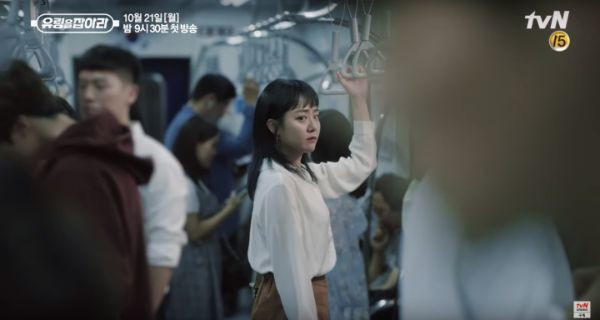 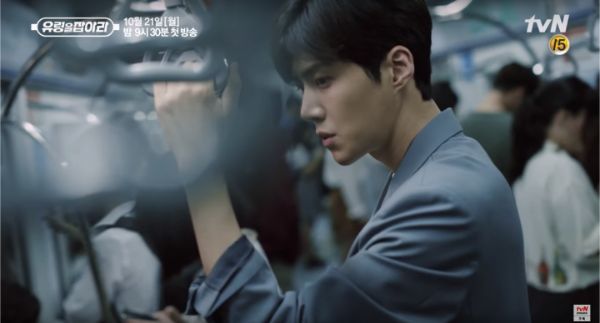 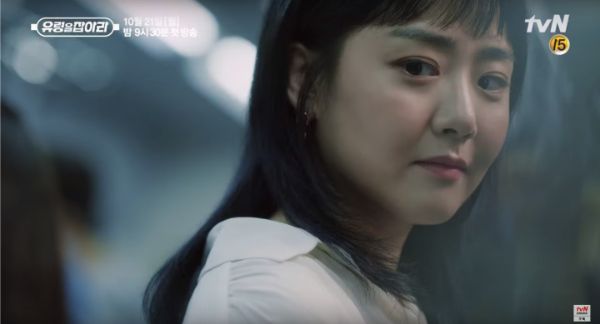 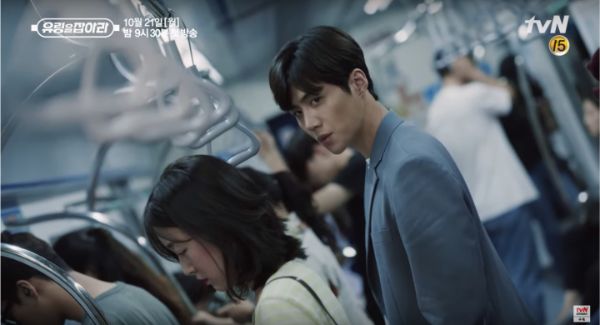 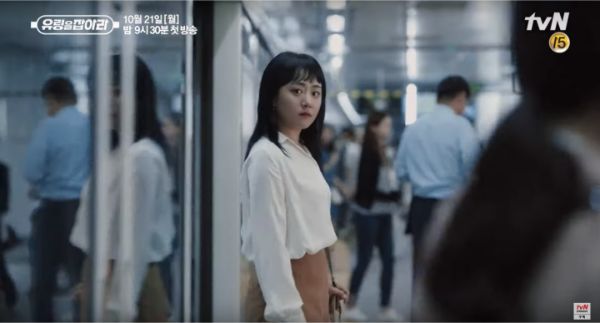 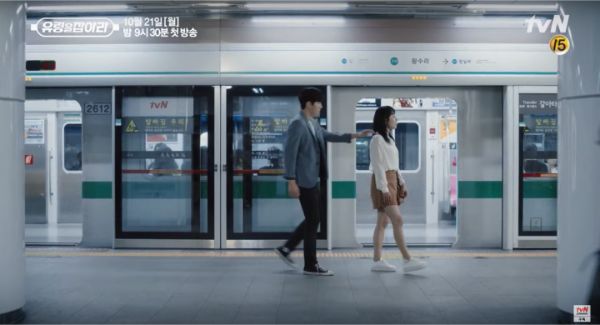 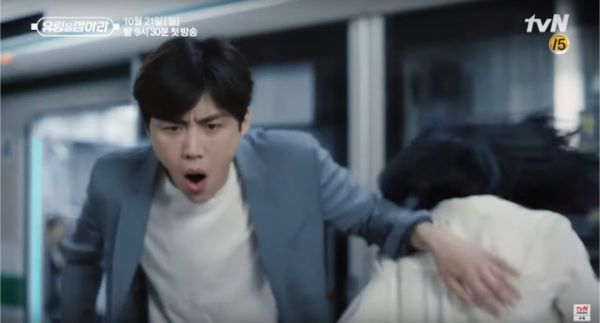 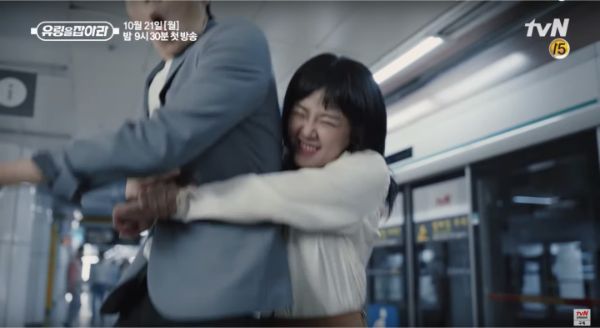 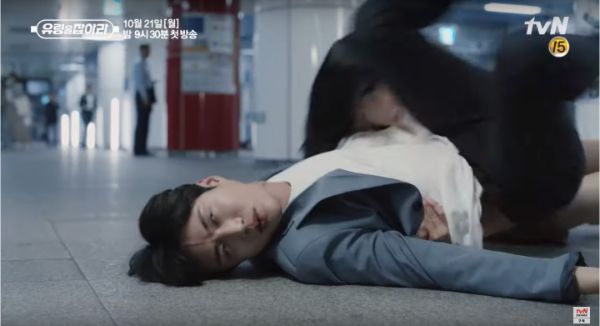 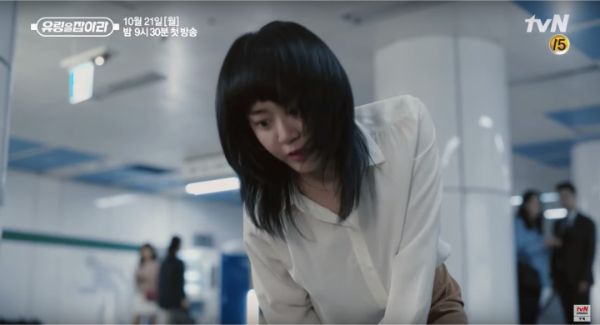 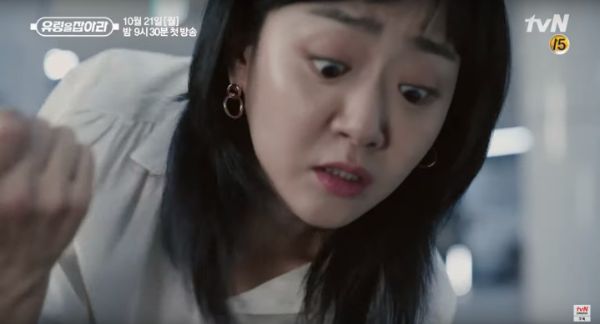 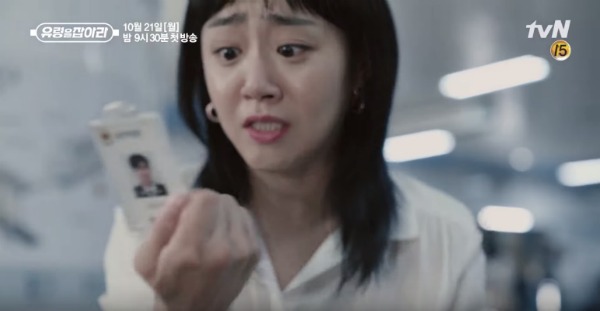 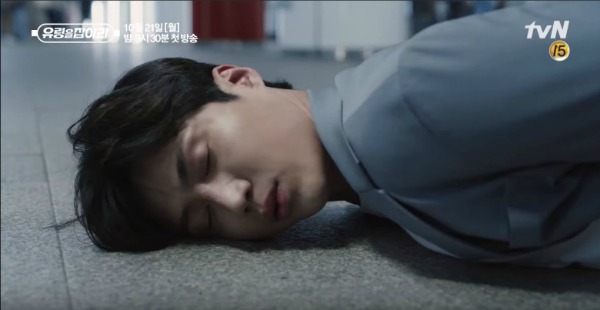 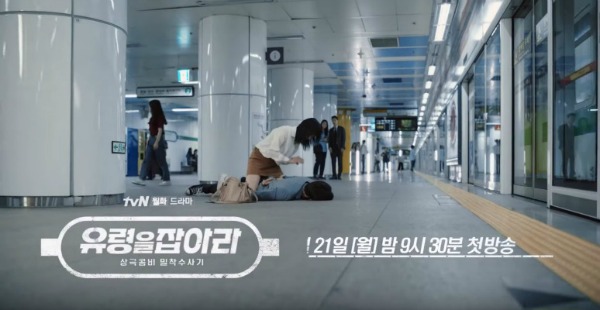 It feels like it is a good drama. Looking forward for this drama

I like the squad! They all are good actors! Yangcha is here :p

(tangential: the article says that Jo Jae-yoon will be in it...and that he's in Rookie Historian...have i missed him in RH???)

He was the jail officer trying to guess who Maehwa's father was and why he's not carrying a name badge.

This teaser put the show on my radar. :D

When Moonie shook Kim Sun-ho and he just flopped around... LOL

I feel like this is the character set-up of almost every cop drama:

[Actor] plays a by-the-book character while [Actor] plays an officer/detective whose actions are definitely more gut-based than rule-based.

But either way I love and have missed Moon Geun-Young so I will be checking this out 😗 Plus, I love kickass women.

I hope this isn't a procedural, as I like all the named cast members so far. The mention of the serial rapist makes me sigh, though. Not looking forward to scenes of women being subjected to sexual violence, no matter how brief said scenes may be. Can't they chase down money launderers that do their drops on subway cars or something? *sighs*

Was reading some comment from the producer of the drama. The serie killer and the romance story is the two big story in the drama. So the tittle catch the ghost have two meanings! But there is also gonna be other crime that the subway team gonna takle in the various episodes. Production team have actually been observing underground police forces for 2 years and also visit the local nearby subway station office to find out how they work, investigate and how they came to the area. With the drama they want to highlight what the subway police do and the different crime that happens there. Rest assured that the serie killer is not the only crime we gonna see. So it is in some way procedural, but also having a red line true the drama with the two main story.

Interesting. Thanks for the info.

I think I'm still adverse to heavy on the sexual violence related dramas thanks to not quite recovering from the one two punch of Strong Woman Do Bong-Soon and Criminal Minds. (At least Strong had cute breaks. CM--hah, no. Heavy overall.) Not very recent, but given their run dates it felt like 2017 was the year of nothing but. I think there was another show then that was also a bit heavy and I just noped out, but I can't think of the name.

I have a heaping of shows that have a heavier violent aspect overall on my "someday" list. I'm just not yet ready for stuff even remotely heavy right now.

Moon Geun Young, finally. Welcome back! Will definitely check out the show.