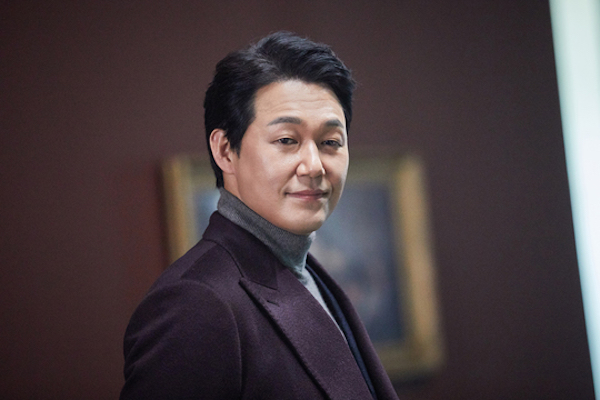 Yesss! We get to see Park Sung-woong (When the Devil Calls Your Name) return as a new charismatic baddie character. It was recently confirmed that he will be joining the webcomic-turned-superhero drama Rugal. Earlier this month it was confirmed the Rugal had cast Choi Jin-hyuk (Justice) as the main protagonist, a cop with bionic eyes.

A shadowy syndicate called Argos kills Choi Jin-hyuk’s beloved wife, takes his eyes, and frames him for murder. In the midst of this tragedy, a special organization called Rugal offers him a new set of artificial eyes, designed with extra capabilities. He takes the offer, and begins to hunt down the criminal syndicate that started it all.

Park Sung-woong is set to play a highly intelligent and thoughtful man, who is the hidden, real mover-and-shaker of Argos. He takes a recklessly violent mafia group and uses its insidious power to begin to dominate the world. Born to this evil underworld of crime, he is capable of committing the perfect crime without leaving even a trace of evidence.

OCN’s Rugal, written by Do Hyun and directed by Kang Chul-woo, is set to air in the first half of next year.

This man surely likes to play villains. And he is good at it.

I think that after his last show, he's itching to really cut loose. Choi Jin-Hyuk better bring his A game.

Hopefully, it will be a meaty role for him with lots of people watching.

I am torn between having Park Sung-Woong as a villian and being Choi Jun Hyuk's partner in organization Rugal, something like MIB, oh the bromance opportunities *sighs*

I feel like bromance between these two would be epic!

I'm intrigued to see the showdown between sung-hoon and jin-hyuk.
Wondering how jin-hyuk's eyes will be used to frame him for murder, will there be a jar of floating eyes next to the dead body?
Once again, I find the names of these underground organisations hilarious, in europe Argos is a one stop shop for all electronics, homeware,toys etc.

I could be totally mistaken, but Argus sounds so familiar - was that the name if the evil organization in Iris?