A single mom who works as a PD hasn't dated in years. Suddenly, she finds herself surrounded by four different men — a novelist, a popular actor, a gangster, and a local school teacher. She must juggle their romantic pursuits while she attempts to hold her own.

A single mom who works as a PD hasn't dated in years. Suddenly, she finds herself surrounded by four different men — a novelist, a popular actor, a gangster, and a local school teacher. She must juggle their romantic pursuits while she attempts to hold her own. 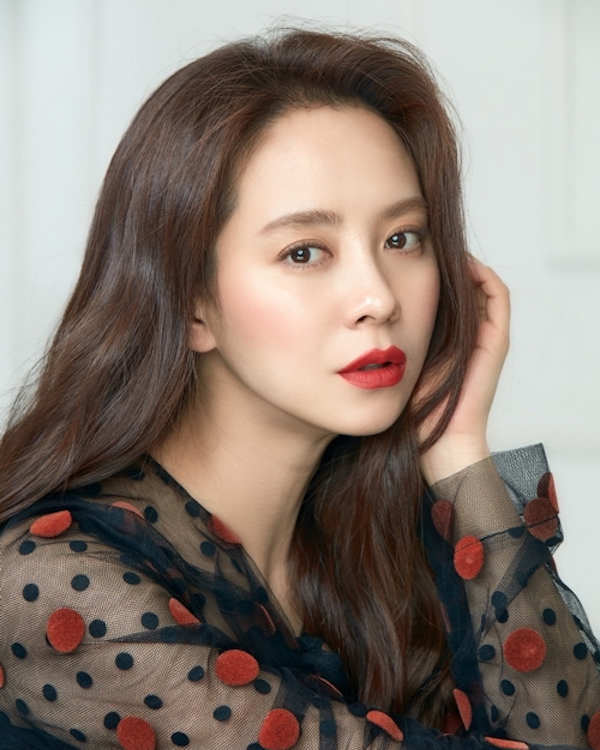 Recently, it was announced that Begin Again had secured its headliner Song Ji-hyo (Lovely Horribly, Running Man). She plays a single working mom with strong survival skills, who has a career as a movie producer, but she hasn’t been in a relationship in 14 years. All of a sudden, four men appear in her life, and she’s confronted with a dilemma she hasn’t had to consider in over a decade: romance.

The first contender will be played by Sohn Ho-joon (The Light in Your Eyes). He’s a charming bad boy who writes best-selling novels for a living, and his stories have even been made into Hollywood movies. However, he likes to keep his identity anonymous.

Song Jong-ho (Arthdal Chronicles) will play an attractive young man who’s had a tough life. The character is an actor whose good looks preceded him, to the point that he was known as the Bae Yong-joon of his major (theater and film). Post-college, his popularity has soared to the point where he’s known as the “Nation’s Guy Friend.”

Playing a character described as “scary, but sexy” will be Kim Min-joon (My Sassy Girl), and he’s the CEO of a financial firm called 9 Capital. However, he started off as a gangster, but now he’s known as the “Robin Hood of Loansharks.” 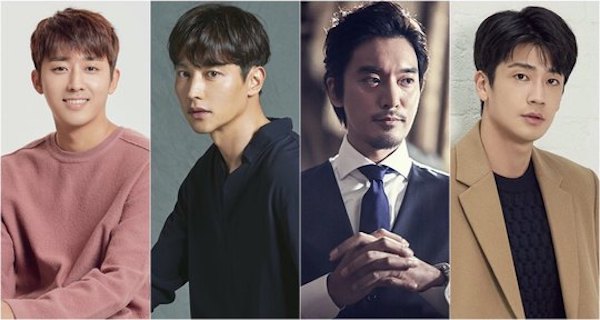 The last of Song Ji-hyo’s suitors is the “young, but swoon-worthy” one, who will be played by Gu Ja-sung (The Secret Life of My Secretary), and this character works as a physical education teacher. With his ever-present smile, he is an extremely popular teacher, treated almost like a celebrity at school.

As this love pentagon begins to unfold, Song Ji-hyo’s character begins to discover herself again. After having put her work and child first for the last fourteen years, she realizes through her complex new relationships of the need to value herself again.

Thought love triangle is hard, they give us more.
And yet here I miss ordinary love story so much... Sigh

I am not a big fan of love triangles (or pentagon in this case), but I like Song Ji-hyo. Dilemma, dilemma...

Love pentagon? Really? Do we need that???

But well who cares?!!? I just came running on reading Ho Hoon's name! And yay for Song Ji Hyo! I know ppl have criticized her acting but I love her nevertheless (RM effect) I am pretty sure I'll watch this show! 💙

(My autocorrect knows my Hoon biased ass way too much)

Song Ji-hyo was very good in THIE WEEK MY WIFE IS HAVING AN AFFAIR. I am not sure that I have ever seen a more accurate portrayal of the reality of a cheating wife.

Oooh yes! I loved what she did with her role there!
I even liked her in Ex- GF club but mostly because the show was so fun!

My Story too!!! I started RM after seeing Gary and Ji Hyo in Emergency Couple and never looked back :)

Totally agree. It was SO painful to watch, but in a good way.

That was my experience too.

Also, Ho Joon as a bad boy and a writer to boot! Colour me interested!

Can they please just add a scene of him making coffee and staring deeply into Ji Hyo's eyes while listening to whatever she is saying?? Pretty please? *Puppy dog eyes*

I loved her in TWMWIHAA but that’s it!
I dropped EC because of the leads! They were killing me with their non_existent acting skills!
She always has the same facial expressions.. “sorry for saying it”

Song Ji-hyo is a good actress. She is not one of my favorites but she is very watchable. I will look forward to watching this show.

I'm confused, who's the lead ?

It would be better not to know.... boring if I already know....then what's the fun

I like Ji-hyo and I trust JTBC. A respectably large proportion of their dramas delivered more than we were expecting.

7 parkchuna is still an Errant 🫘

Getting one guy is hard enough, but she gets FOUR??

I would love the teasers not to tell with whom she will end up, or even better.... I hope this would be a drama where she just ends up alone doing social work and just enjoying herself without any man! 😅😅😅😅

I love that there's so many single moms in Kdrama land these days :)

Err...if I were in this cast, I'd be the fifth person attempting to romance Song Ji-hyo? Haha I love her! Will definitely check this out - not for the eye candy, but for the lead actress.

Sohn Ho Joon is the only reason why I will even glance at this. It looks exhausting.

Watching this for Kim Min-joon! Fan since "Insoon is Pretty" ♥♥♥

I'm in! I like Song Ji Hyo and though a love pentagon sounds exhausting, I'm liking that an actress in her late 30's is playing a single mom with four guys interested in her.

Kdramas, it's time we had a talk. More does not necessarily mean BETTER.

THIS is the drama that GD sent his food truck to (for Kim Min Joon)??? OOoooooooooooohhhhhhhhhhhhh :)))))

she really likes reverse harem does she... Ji Hyo is there something we don´t know about you?

Excited for this one~