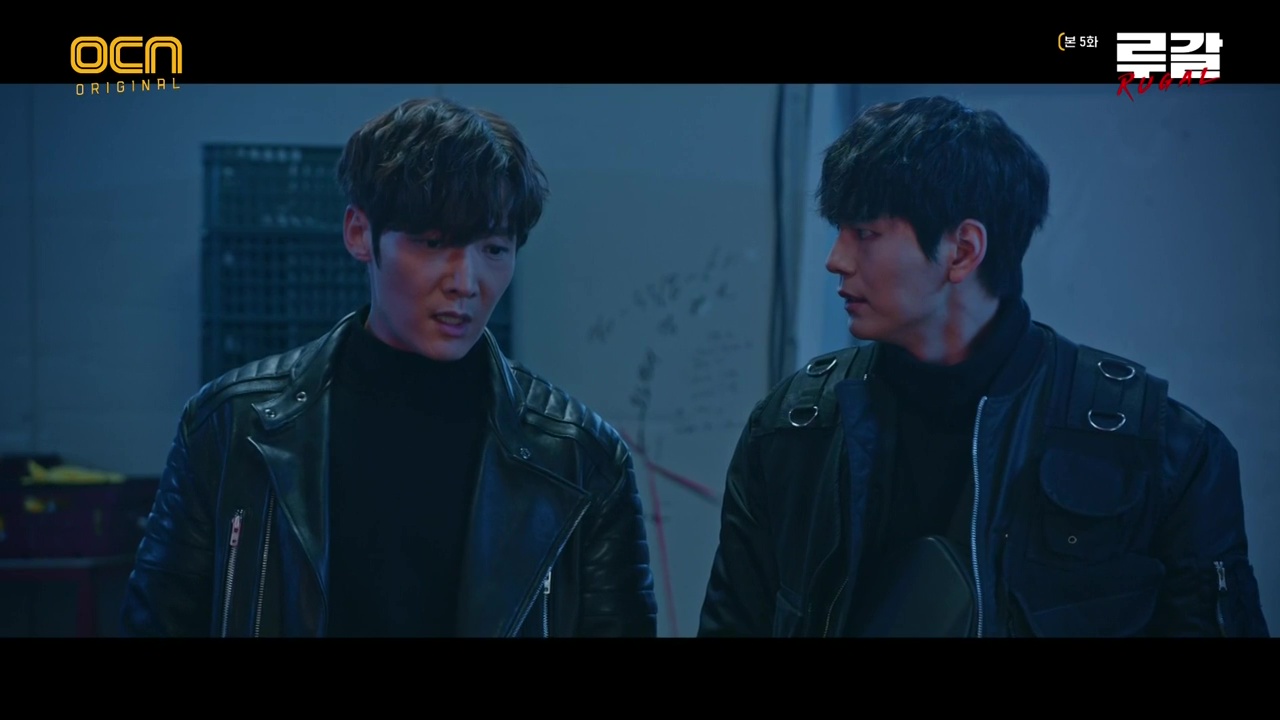 Things just got a little more complicated for our team of vigilante fighters at Rugal. Between overlapping histories, ghastly injuries, and some freaky new artificial intelligence, Rugal is stepping up its game. Or at least, it’s adding a lot more variables into that game, so things might not be as simple as we thought. 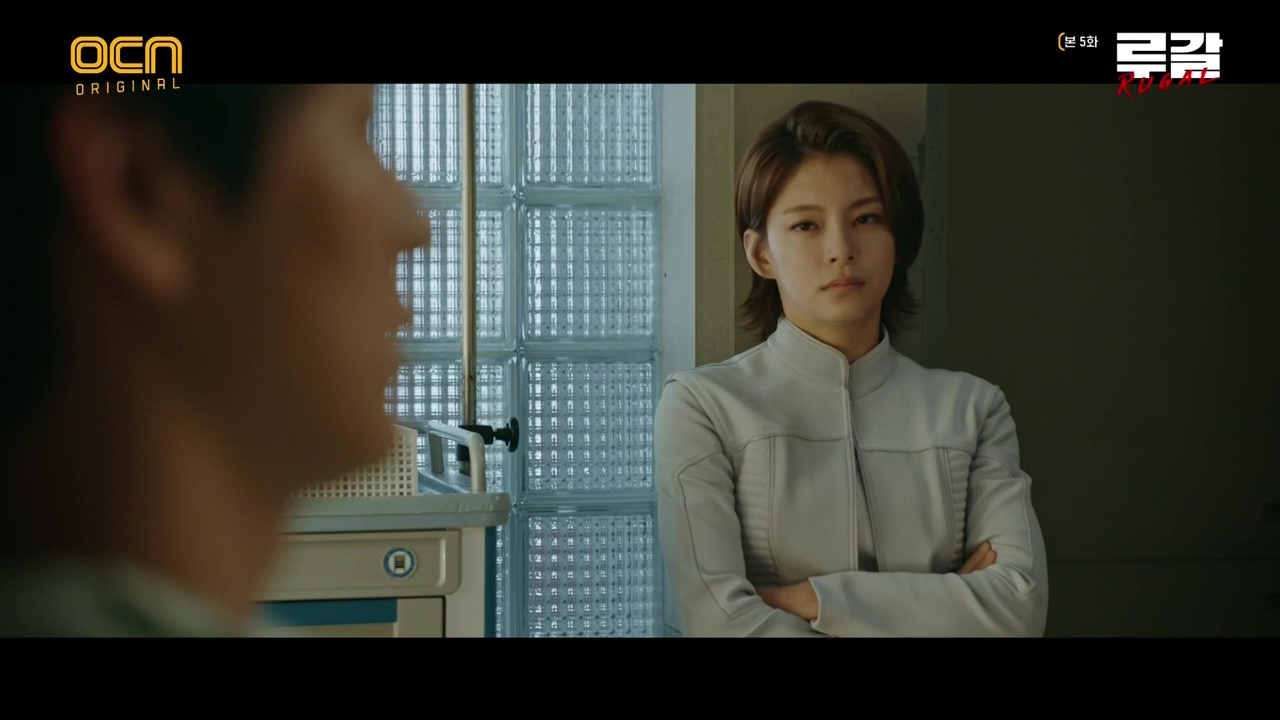 I was surprised (pleasantly so!) that Rugal picked up with the story and mission that it covered last week. What is this… plot continuity? We open up with the team analyzing the aftermath of their last mission — the one where the jazz club was blitzed by Argos, zombies, and where cutie Gwang-chul almost didn’t make it. The team’s analysis includes hilarious lines like, “This crime shows exhibitionist tendencies,” which Director Choi points right back to Argos and their internal battles.

In case you’re wondering, Gwang-chul makes it through his surgery, and like the bionic dude that he is, he bounces back in no time. But there’s more damage to the team this week, and this time it’s team leader Tae-woong’s turn. While the team is investigating the missing jazz musician, they discover Argos’s organ harvesting and body part stealing operation.

I’m not really sure what’s going on with this, but what I do know is that it’s Not Good when our team gets bolted into one of the human freezers. In order to get them out in time, Ki-bum rips off Tae-woong’s bionic arm (don’t ask how), programs it to become a bomb, and five seconds later they escape the freezer and return to Rugal HQ. 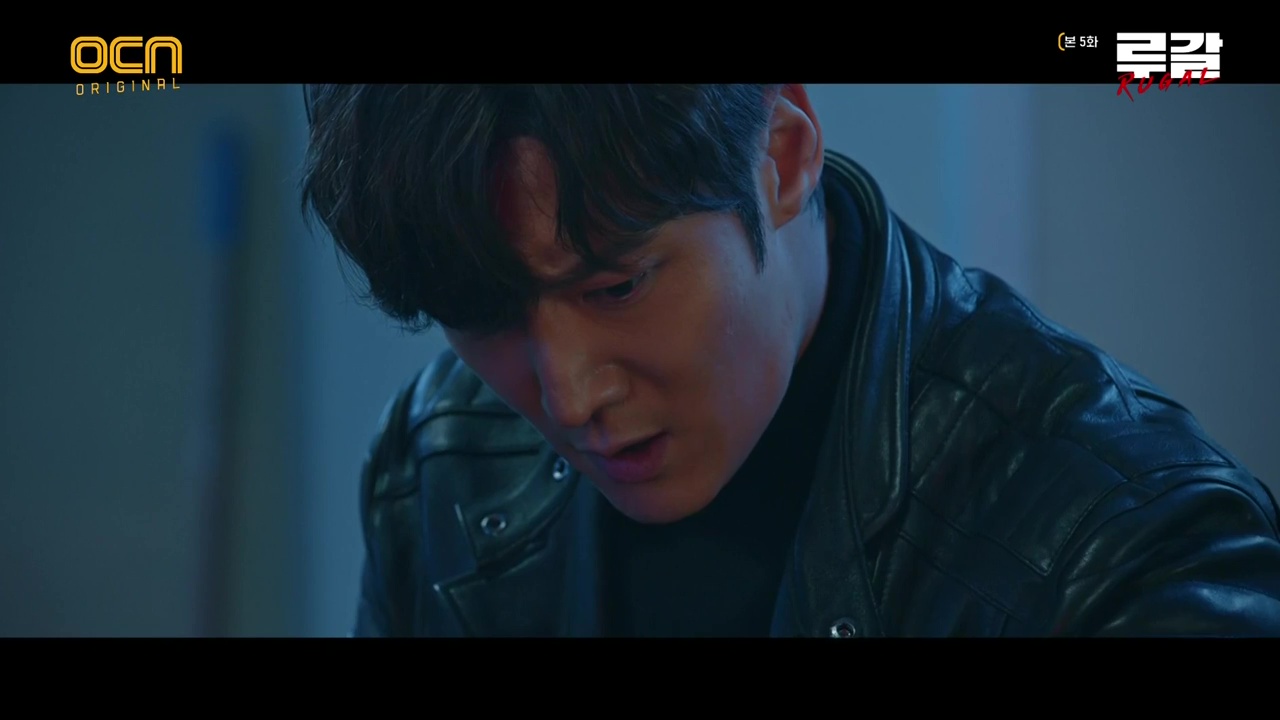 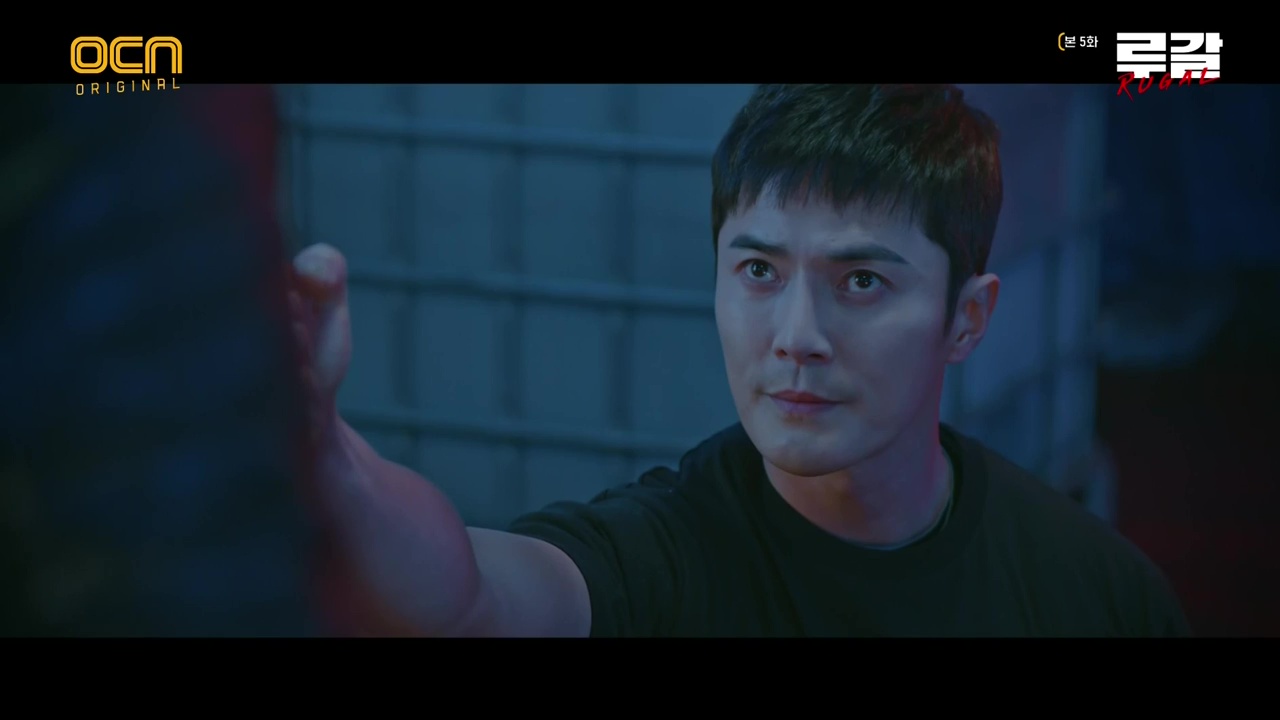 Of all of our characters, Tae-woong is shrouded in the most mystery, and this week we get some good backstory on what made him swap from Argos foot soldier to bionic Rugal warrior. There are still some breadcrumbs oh-so-intentionally left behind, but we get enough of Tae-woong to make him a little more interesting.

He and Ki-bum bond a bit, we learn that Ki-bum actually investigated Tae-woong’s noona… but as much as we get some blanks filled in, Rugal doesn’t want us to get too comfortable and keeps hinting around that maybe we shouldn’t fully trust this guy. 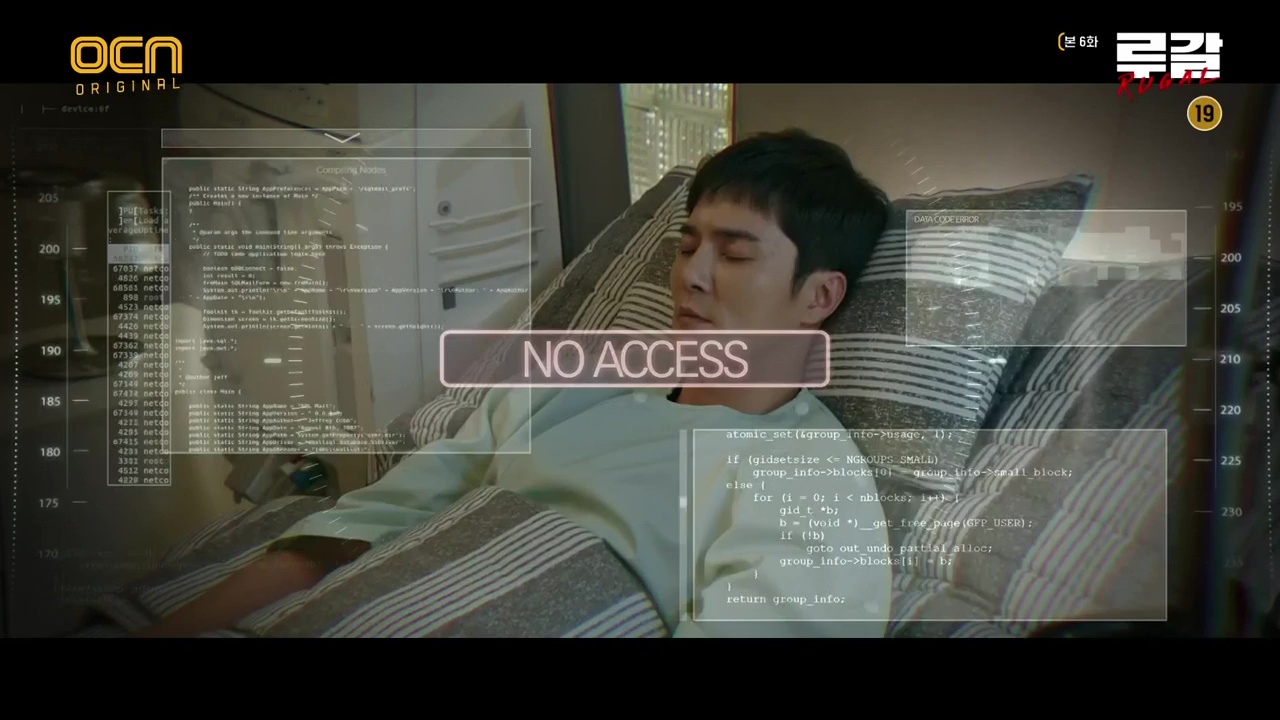 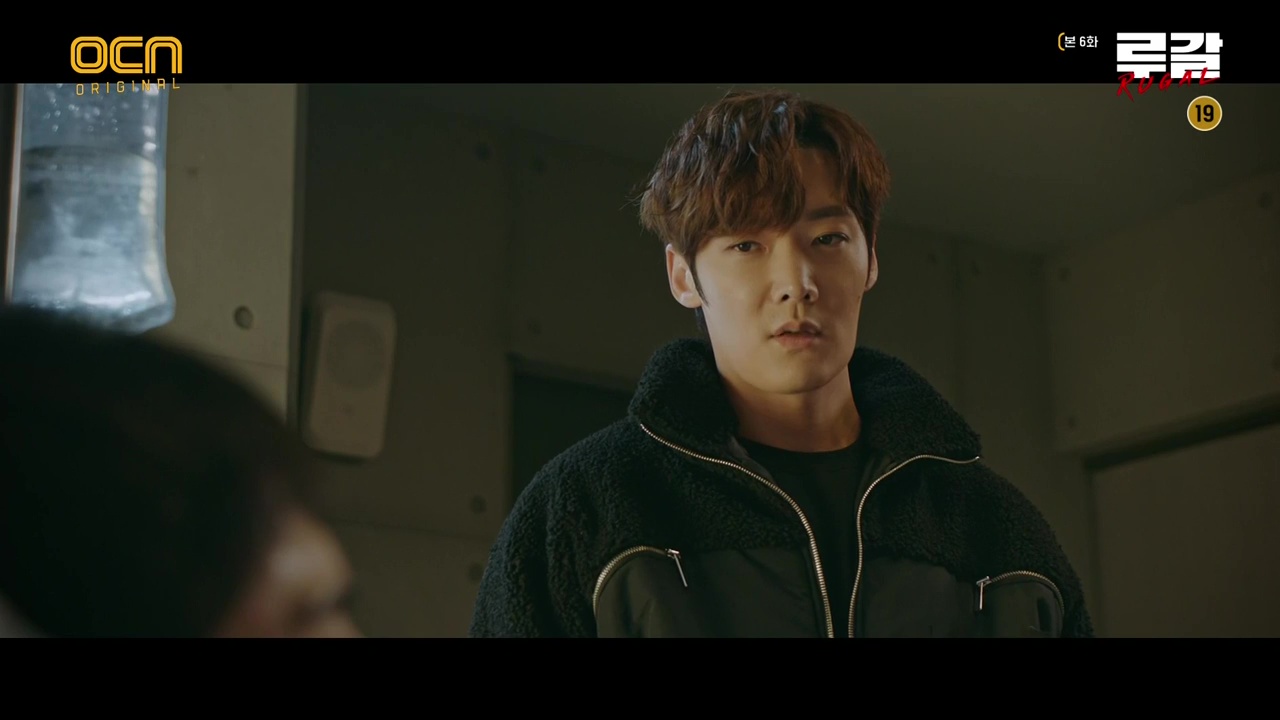 Ki-bum himself was pretty dull this week, but what about Ki-bum’s eyeballs!? They are the most potentially interesting development this week. We knew that his bionic eyes were akin to a database of intel, and also that they offered some sort of computerized assistance that helps him do everything from project the angle of an oncoming punch, to assess electrical currents and run facial recognition. But now, there’s a voice in Ki-bum’s head — well, more precisely, it’s a voice from Ki-bum’s eyeballs.

The AI that’s built into Ki-bum’s bionic eyes has “begun to whisper,” as Director Choi tells the team. What does that mean? Well, in the world of Rugal, it means that the AI is learning to detect Ki-bum’s brainwaves and can even read his thoughts and emotions. 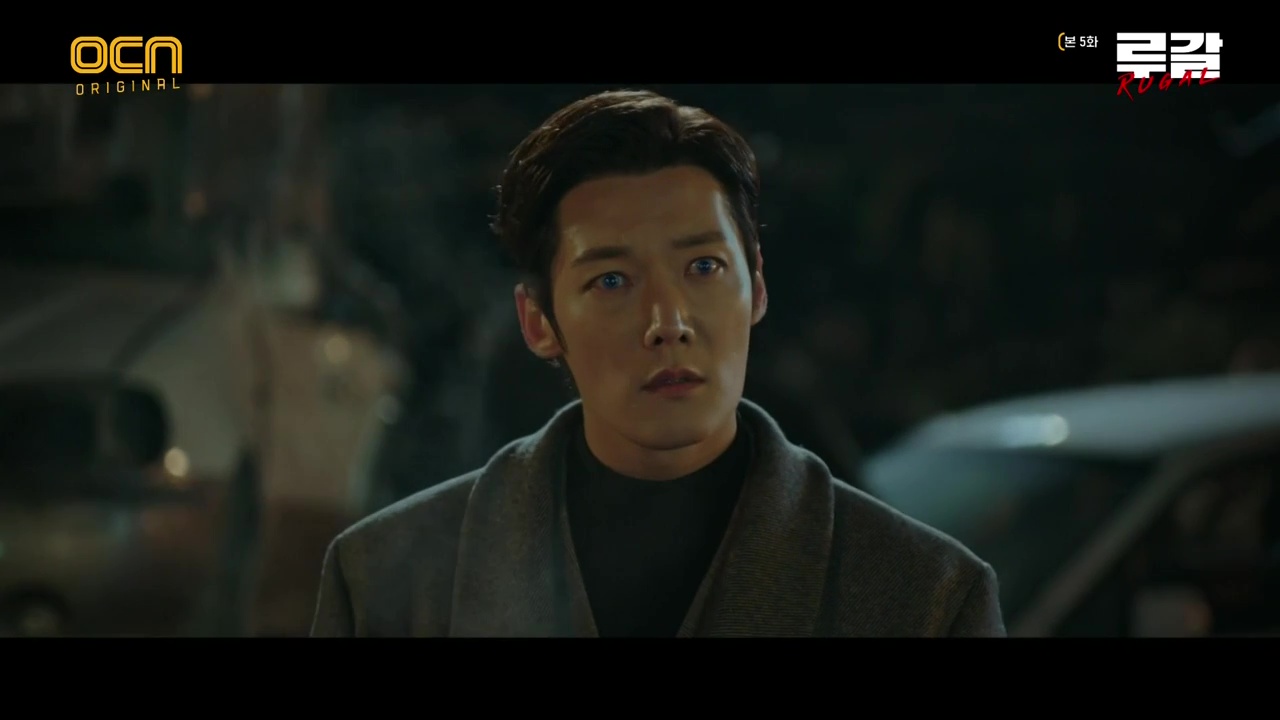 At present, the AI eyes acts as a sort of guiding/instructing voice for him. But it’s also weird. Is it for him, or against him? Is it him, or is it not him? Director Choi first warns Ki-bum not to trust the AI, but later tells him to follow its direction (confusing!). Ki-bum, to his credit, realizes the power of the AI and asks Choi, “Did you give the AI eyes to me, or did you give me to the AI?” It’s a damn good question. And I kind like where this storyline could go.

But, lest I start comparing Rugal’s use of AI to the much more adept and imaginative use of it in another current drama (*ahem* A Piece of Your Mind), we’ll move on from the AI angle to talk about what our baddies were up to this week. 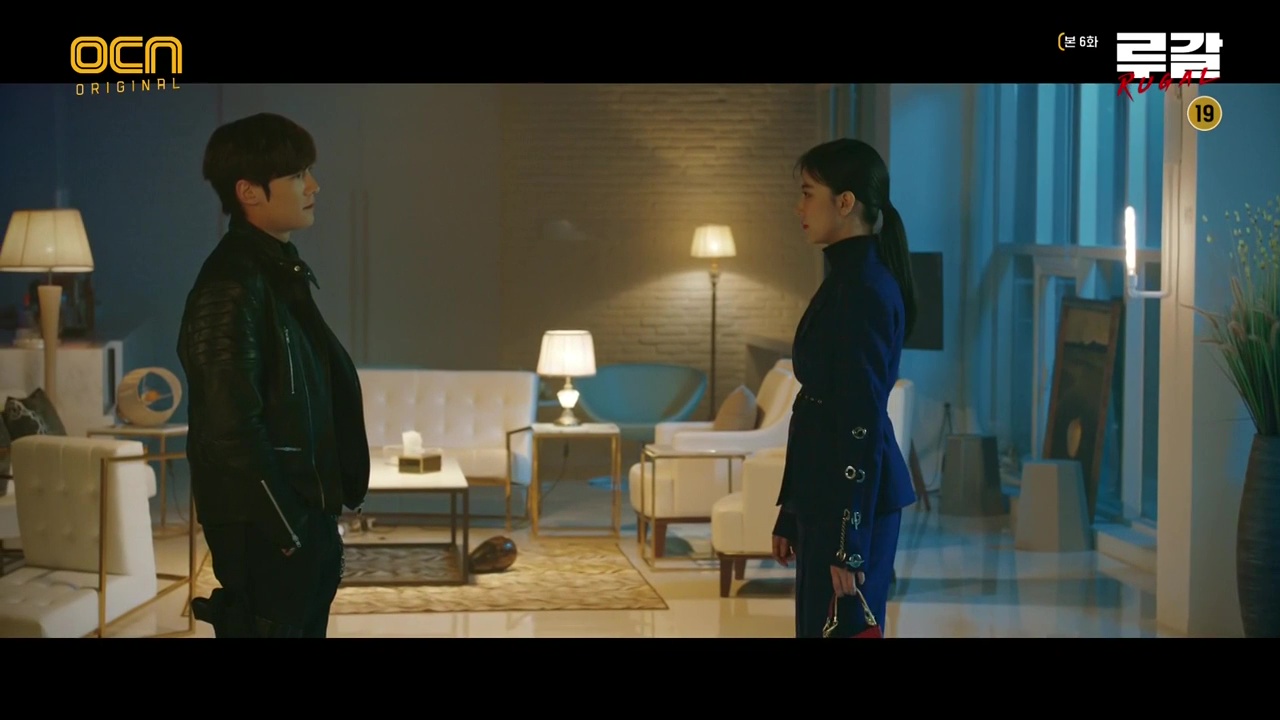 I’m pretty disappointed with our baddies, to be honest. Outside of moments of brutal violence and cruelty to show us what they’re capable of, they’re pretty dull. Ye-won and Duk-gu continue in their power struggle, but outside of knowing they are vying for power, there is really no context to make their battle feel very engaging.

Ye-won might hire Ki-bum (playing the mercenary) to protect herself from Duk-gu, but this doesn’t really go anywhere outside of the promise of Ki-bum gaining some valuable Argos intel. Then there’s Min-joon, who is the next victim of Duk-gu’s zombie-making brain chip. He’s as handsome as ever, but now sports guyliner to prove that he is now a Baddie. 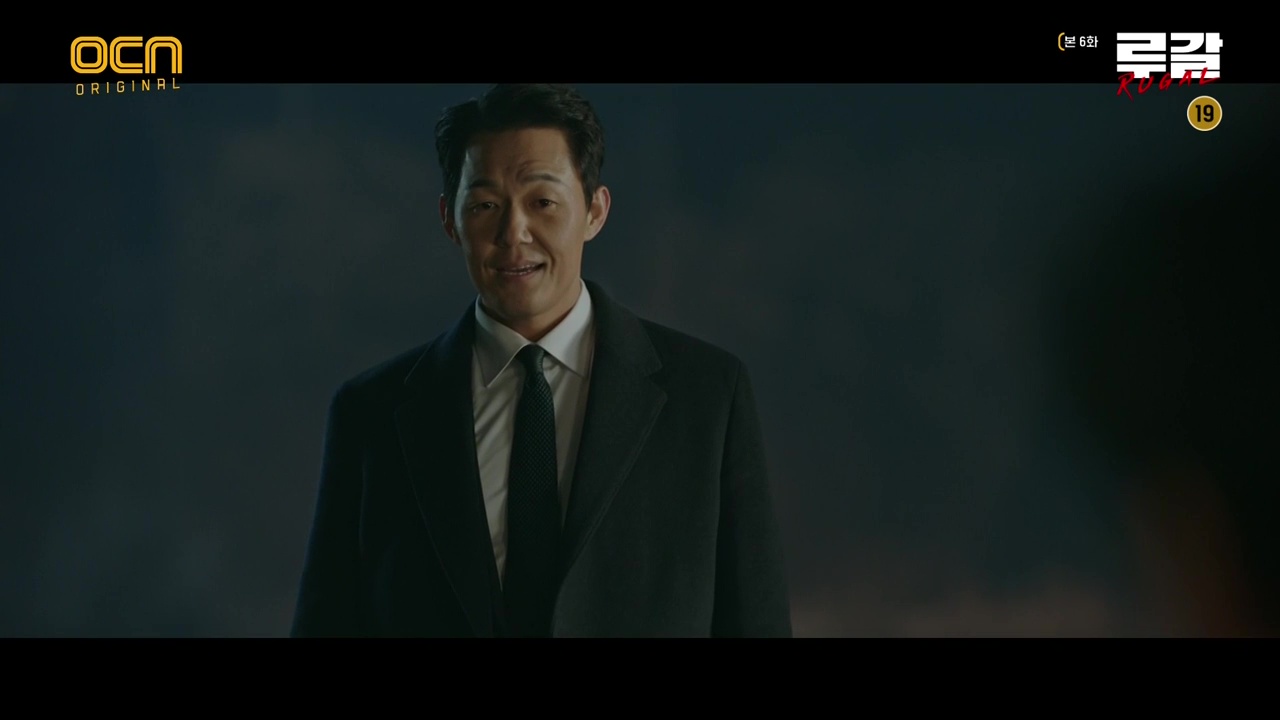 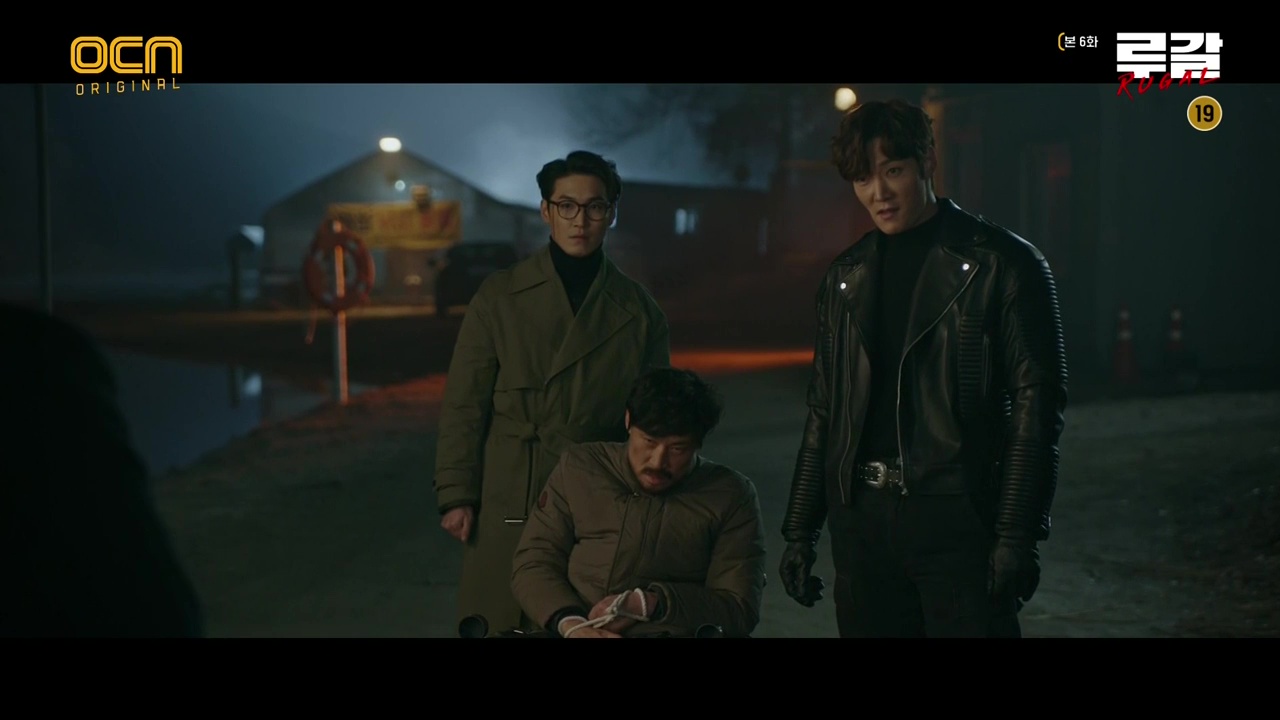 At the end of this week’s episodes, Ki-bum and BRADLEY (Jang In-sub), one of the Rugal brainiacs, discover all the foul stuff going on at the reservoir. It’s the spot where everyone from Mina to the former Argos Chairman met their end. And now, it looks like it’s Duk-gu’s turn. He’s shot with a poisoned dart, and then shot with a bullet, so he’s gotta be dead, right?

Actually, only about 2% of the people killed to date in this show have actually stayed dead yet. Whether they are reanimated and zombified by whatever chip Duk-gu’s doctors are implanting, or whether they receive a bionic second life from Rugal — no one stays dead. Nope, can’t fool me, Rugal. I’m expecting this bloody and over-acted battle to wage on! 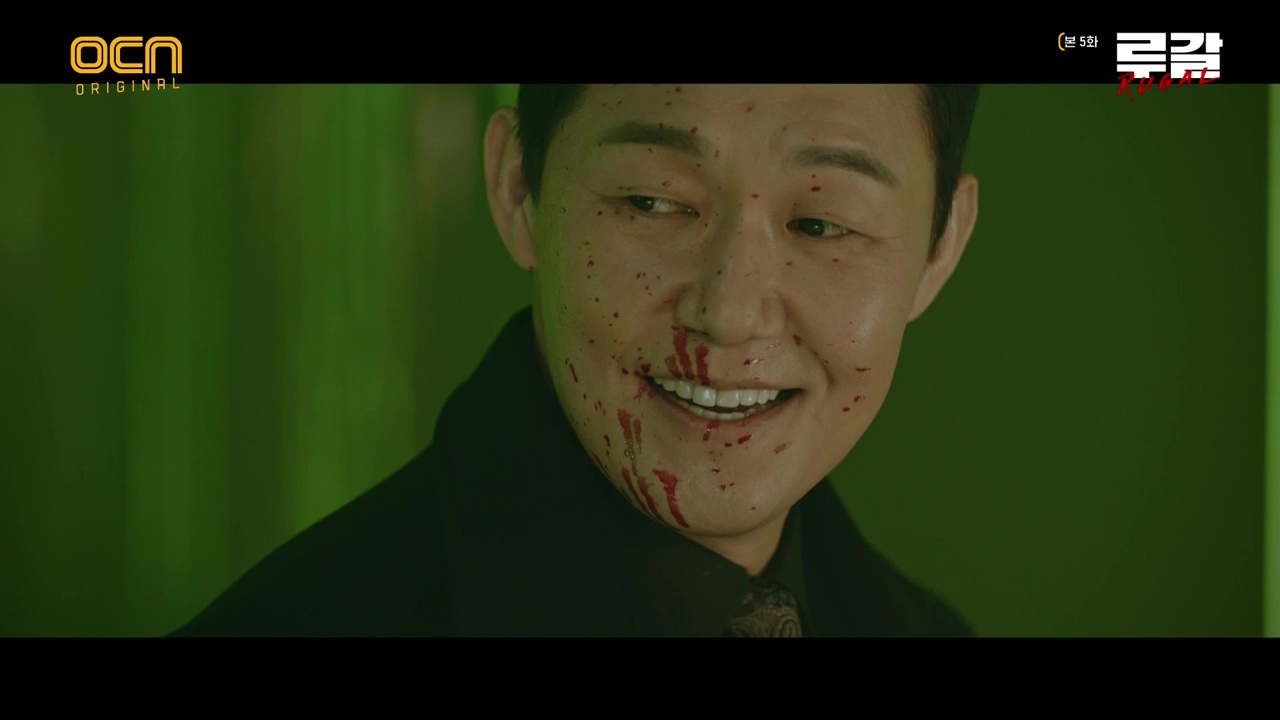 @missvictrix
Did you lose a db bet that means you now have to wrest some kind of logic and narrative from all of Korea's worst shows?
Or - hopefully - you just get paid more? Or unlimited snacks? Or your body weight in alcohol?

I'm not watching this show anymore on account of sitting through six hours of it and still having only the vaguest of ideas of what happened or who it happened to. All I know is that when the zombies showed up they were jumping a shark on water skies. Or maybe that happened in the prison training montage in episode 1.

Lol, I dropped after the zombies too. It was too much, such a baffling narrative idea.

I wish your excellent guesses were correct. Instead, I either have worse drama luck than Wookie himself, or I just enjoy the challenge and test of my mettle ;) Maybe both?

Here's hoping the next drama you get assigned is actually good, or at least makes sense. We're rooting for you.

Your weecaps are awesome. I read these religiously even though I don't watch most of the dramas you have been assigned :p

Ah, that's why she gets theses dramas - they know we read her weecaps!

TPTB know we read your weecaps religiously and so they're hoping you get us at least mildly interested enough to try and watch.
Um, so far hasn't worked, since your weecaps are better than the drama.

6 hours?? You made it thru 6 hours?? I could tell right away from his insincere look at his wedding that it wasn't gonna be good. FF thru the rest of the 1st episode and that was it.

*whispiers* I ff'd a LOT. Like, a LOT. Maybe that's why I have no idea what happened. I'd still like somebody to explain why his new eyes mean he can do backflips now...

I like the way Netflix lets you ff so you can see what you're ff thru. It helps a lot.

Lmao at "insincere look at his wedding", damn girl.

Thank you all for the warning about this drama! It was on my watchlist due to my love for Choi Jin-hyuk, but thanks to you all I think I'm going to have to skip it. (Zombies!?)

Thank you, @missvictrix, for recapping it, anyway!

Admittedly, 5 and 6 are entertaining, but I'm still unsure what to think of this drama. The conflict is confusing and the villian's acting is so cheesy because there is no depth behind his character other than he's evil. The Main lead, Ki beom and the Argos girl, Ye Won interaction is the only interesting aspect for me so far. Can this be a romance drama revolving around those two instead? It's the only time I actually felt something. Also other than Tae-woong, what's Mina's and Gwang Chul's role in the group? So far they seem useless. The script never really gave them a purpose, especially Mina. The makeup is odd too, why on earth would you make it so obvious that you put eyeliner and eyeshadow on the main lead. It's distracting. There's so many questionable decisions regarding the production of this drama. I like the action, but the writing is paper thin and the direction is messy. Hope all the actors choose a better drama next time, because this show isn't doing anything to challenge them acting wise.

I'm not watching this, but the recaps are brilliant, so here I am~

@missvictrix, I laughed through this whole recap. This was great, terrible drama and reaffirmed why I'm not watching, but great recap. I will continue to support you in these endeavors.

Also, But now, there’s a voice in Ki-bum’s head — well, more precisely, it’s a voice from Ki-bum’s eyeballs. What? LMAO. If my eyeballs start talking to me, I'm done. I'm out.

Hum... I don't watch this drama, but I prefer that an AI that only talks to people with depression than one stucks in my body and that I'm forced to listen...

Something is not write with this review. Ki bum is dull every week.

Must say i quite enjoyed this week episodes… Love the chemistry between Ki Bum & Choi Ye Won and want that bromance between him and his eyes,i mean Ru the AI!
Tae Woong's story is quite sad and his story arc just as intresting,from being on the enemy side to work now as allies...Loved that little payback that Hwang Deuk-gu got from Ki Bum and his ex Boss

Right now Ki beom and Choi ye won are the only few aspects that are carrying this drama right now. Their chemistry is quite strong. Hope there's more interesting interaction between them in the future. I can't help but find deuk gu and other rugal members, w/ exceptions of bradley and Tae Woong, boring. The AI eyes and Tae Woong's arc are quite interesting though, I'm also curious how that will carry that out.

I may be one of the few that is totally enjoying this drama. It's so out there and bonkers. That it's a good distraction to everything else going on around us. So bring on the muscular hotties and all the ridiculousness you got Rugal, I'll enjoy it.

At this point, all of OCN can put out show after show and I would not be able to tell the difference.

I must admit I do not watch this drama. Stopped after ep 1 and in the middle of ep 2. But I do love how @missvictrix does these weecaps. They are really fun to read and give a gist of the drama. I enjoy reading these weecaps for the dramas that I stopped watching. They are succinct & detailed enough and get the tone so right.