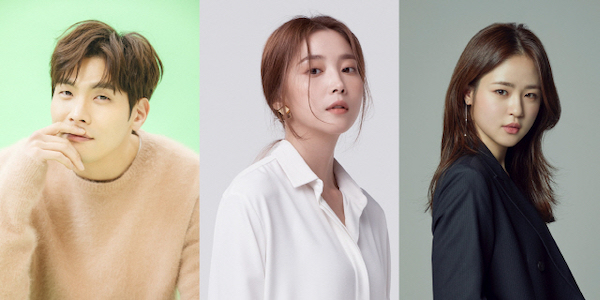 The casting continues for upcoming JTBC drama Fly High Butterfly. The drama is about a salon by the same name, which transforms its clients into metaphorical “butterflies.” It’s about helping people to find themselves and treat themselves preciously.

The hair salon’s four interns will be played by: Kim Hyang-gi (Moment at Eighteen), Park Jung-woo (Team Bulldog: Off-duty Investigation), Moon Tae-yoo (Hospital Playlist), and Kim Ga-hee (Moment at Eighteen). Kim Hyang-gi’s character is the chief intern, and on the other end, Park Jung-woo plays the maknae. Moon Tae-yoo plays the quiet intern, whereas Kim Ga-hee plays the bright and cheerful one.

Oh Soo-bin and Chan-yeol from A Moment at Eighteen!
(Kim Hyang-gi and Kim Ga-hee)

This one strikes me as a cube of Colby on the cheese plate that is Kdramas: if it is good, it will still feel like a lot of others, but if it is bad, it will stand out because it was not aiming for a particularly high bar to be begin with...

This sounds hilarious. Will at least try!!

It sounds fun. We know that the PD is good-it is worth a try.

Wow, i really like this plot. Everything related to self esteem, redemption, healing one self and loving one self, they are all my coup of tea! 🎇🎉🎊🎆🎈

This was one of my highly anticipated K-dramas of 2021 despite of my cool interest about its plot and the show itself.

I didn't know what really happened if rare men could go haircut at salon. But by then, salon are for women only so by now, my only question remains despite of male characters at the salon is that how could men having a haircut or making a professional men's hairstyles could do it here.

there's plenty of male hairdressers and idk about korean people but black men usually go to "barber shops" and that's its own culture but it isnt unheard of at all. my hairdresser who passed away was a straight man! and it has its own culture. they aren't for women only men just think it is lol

OMG, I shocked and saw that Dramabeans lover/favorite Daniel Choi is now back on top. He already interviewed with this site last 2018 and three years later, he'll be back with his action on small screen. Wow, great casting for Daniel and I wished to see how his future would be here.

I like Choi Daniel but this description does not seem something to watch out for.

This looks good. The writer always has great commentary and dialogue.

tbh i was side-eyeing this one because i saw other articles that made it look like daniel choi & kim hyang-gi were going to be in a romantic relationship... really hope that's not the case... especially if she's an intern and he's her direct supervisor. but i trust park yeon sun!!!!!!! i really want to love this as much as i love age of youth! fingers crossed!!!!!!!!!!

sounds like "hair therapy" - not to confuse with just telling all your problems to your hairdresser, but now they have actually opened places like that, where you either get your nails done or your hair and it is also sort of a hypnotic session to rebuild your confidence. I know, sounds like bogus but it isn´t. it´s rewiring your way of thinking about yourself. next big thing, trust me. thing is, touch builds connection. through touch and power of suggestion it is actually possible to "delete" negative self talk and install new "program".

like a granny patting your head and telling you a fairy tale when you were a kid.