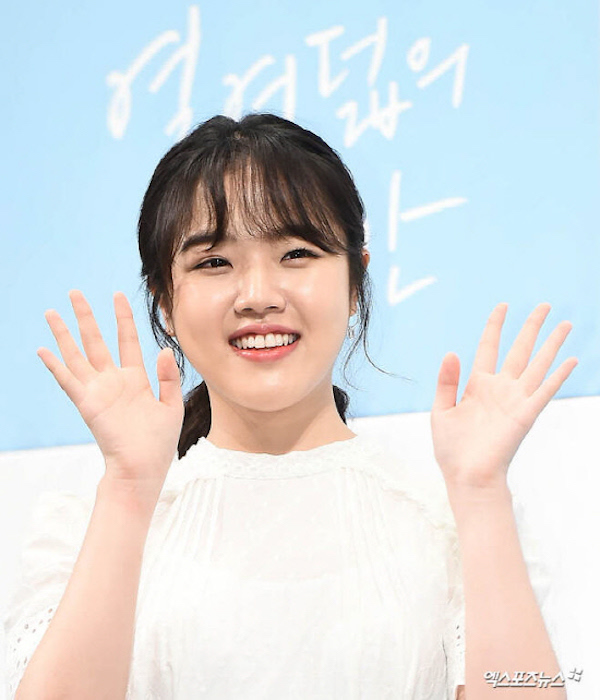 Actress Kim Hyang-gi (A Moment at Eighteen) has currently received an offer to star in upcoming JTBC drama Fly High, Butterfly. The drama’s main setting will be a hair salon, which will be featured as a place where people give themselves some self-care and learn to love themselves.

The role that has been offered to Kim Hyang-gi is that of an intern for a recently opened hair salon. She’s the youngest intern, but has the most experience because she quit school early to learn hair. Personality-wise, she’s a hard-worker but she’s timid when it comes to social situations. Reports say that Kim Hyang-gi is considering the role positively.

Age of Youth writer Park Yeon-seon will be writing the script for Fly High, Butterfly, and PD Kim Bo-kyung (The Wind Blows) and PD Kim Da-ye (Hello Dracula) will be co-directing.

Monday-Tuesday JTBC drama Fly High, Butterfly is tentatively slated to air in the first half of next year.

Yes! I loved Kim Hyang-gi in Moment of Eighteen and the plot for this drama sounds very interesting, looking forward to it (Bonus points for the writer), I hope they can cast more girls and have an ensemble like Age of Youth did

I thought she'd be cast again as a student. Kim Hyang Gi is one of the young actresses that's got so much to offer. I hope she doesn't get typecast.

Age of Youth writer Park Yeon-seon will be writing the script for Fly High, Butterfly

Age of Youth writer-nim + Kim Hyang-gi? Count me in!

I hope this show is a really nice youth drama (that tackles relevant social issues like AOY) with a solid sisterhood!

OMG Park Yeon-seon is back!
I have been waiting waiting and waiting for her come back with maybe Age of Youth 3 but this is more than fine for me.
What's not to love about the talented Kim Hyang-gi and JTBC ?

This is what I wanted for Kim Yoo-jung and Kim So-hyun too. This writer and this kind of youth drama.

Apparently Daniel Choi is considering a main role for this drama. I never watch any Park Yeon-seon before, do you perhaps know how the storyline will going? I mean if the male lead is Daniel Choi.

Age of Youth writer and Hyang-gi?? Is this a DREAM??

you had me at Age of youth

'Age of Youth writer'. That is all.

THE WRITER OF AGE OF YOUTH?

this sounds great, count me in!