The casting line-up for new Netflix drama Undercover (which is different from the JTBC drama Undercover that’s due to air in 2021) has been confirmed. Undercover is a revenge drama about a cartel gang member who goes undercover and joins the police force to learn the secret behind her father’s death.

Han So-hee (A Couple’s World) has been confirmed to play the main character, and Park Hee-soon (A Beautiful World) has confirmed his role as the cold, charismatic mob boss for the Dongcheon syndicate, Korea’s largest drug cartel. He helps Han So-hee’s character go undercover as a cop using all the resources he has, but his motives remain unclear. 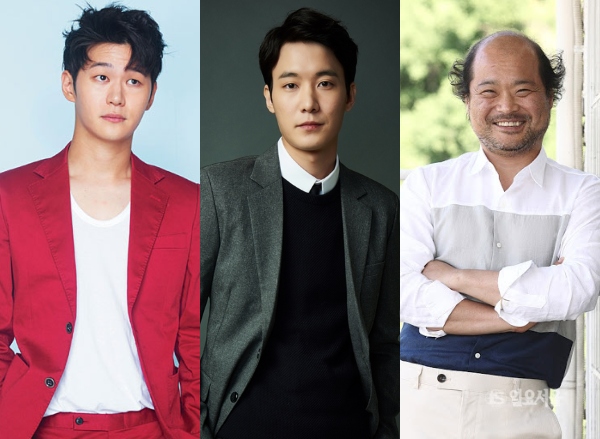 Ahn Bo-hyun (Itaewon Class) returns to the small screen as a tough, capable police investigator for the drug crimes department. He’s a strict rule-follower, so it’ll be interesting to see how he interacts with Han So-hee, who becomes his partner. Kim Sang-ho (Alice) will be playing the leader of the drug crimes unit who is nearing retirement. His one obsession is ripping out the roots of Dongcheon.

Assisting Park Hee-soon with his nefarious gang activities will be Lee Hak-joo (Sweet Munchies), playing his right-hand man. Lee Hak-joo’s character is so loyal that he’s willing to lay down his life for any of Park Hee-soon’s orders. Meanwhile, Jang Ryul (Forest of Secrets 2) plays a former Dongcheon member who caused problems and was exiled from the gang. Years later, he comes back with a vengeful determination to see Dongcheon go down in flames.

Kinda confused. Is the show taking a page from Internal Affairs/The Departed where a gangster becomes a cop for the benefit of the mob because the cops possibly killed her father or is the gangster becoming a cop to avenge her father's death at the hands of the mob? If the latter, why would the head of the mob help the protagonist? Either way, this preposterously unbelievable revenge melo written all over it.

i, too, have these questions lmao mainly: why

The only way I can make sense of this is that the female protagonist is in a similar position to the Ryu Joon-yeol character in the film Believer. She doesn't actually join the police force but will help them by infiltrating the syndicate that they're targeting, Dongcheon, and be an informant and undermine it from within or something. Presumably the Park Hee-soon character, being a Dongcheon member himself, will provide her with an entrée to the organisation.

And the Ahn Bo-hyun character might be her handler, not her partner.

Btw I'm just re-writing the synopsis because I love Kim Jin-min, the director, and desperately want the story to make sense. For all I know, maybe the cops in the story are really ok with recruiting a gang member.

first of all, how she gon' just join the police force out of nowhere? i mean like....i'm not even gonna question this cos i won't watch it probably cos this sounds kinda silly but if it's wild and fun it could be...wild and fun. except anything dealing with drugs in kdramas is soooooo over the top it's comical

I can barely understand the synopsis, but I really can’t get a woman into the mob, being a cop, and all of them falling for her. Sounds more like a Melo than a police drama.

Also, can’t they choose another name?

It's so odd to me that the two dramas have the same name. Maybe one of them will change eventually? Don't confuse us, dramaland!

They usually confuse us by releasing two dramas with the same plot with just weeks of difference. I don’t want also to get confused with the names. Although it could be funny to have a debate with beanies commenting two different dramas without realising 🤣🤣

I like the cast. The director did a good job with Extracurricular. The synopsis is a bit blah but the Netflix format might keep it tight. I would definitely change the title though.

Han So Hee and Ahn Bo Hyun played the most hated character in their latest drama now will be on screen together? Now this is something I'll be anticipating. Then, it'll be directed by Extracurricular's director? I'll definitely watch this!

ohh who are they? i didn't watch that drama

Two terrible people who need therapy and that stole screen time from the amazing OTP.

Owh~ They pissed me off! But are they casted in this drama?

Noooo, I was just talking about irritating characters 🤣🤣

I'm actually kind of interested in this. This at least makes more sense than Vincenzo, plus I like the cast. I haven't found a proper makjang feast to sink my teeth into in a while, so this could be it.

But Vincenzo will have Korean actors speaking Italian. I’m dying to see it!

Lmao, me too girl me too.

Ahn Bo Hyun is busy 😆. Anyways...this drama is villain central. Most of the main cast are known for their villain roles. Hahaha

Judging by the cast of this show, I feel like it's similar the premise of the movie Payback, where you're rooting for the bad guy!

Love PD Kim Jin-min! That is all.

From this PD, it won't be surprised if he wants to tell the story from the drug dealers perspective and not from the cop's one. It would more original :)

I'm happy to see Lee Hak-Joo in a new project, he was so underused in Sweet Munchies.

I'm kinda disapointed to not see Choi Min-Soo in the casting, he was so good in Extracurricular and he's one of the most charismatic Korean actors for me.