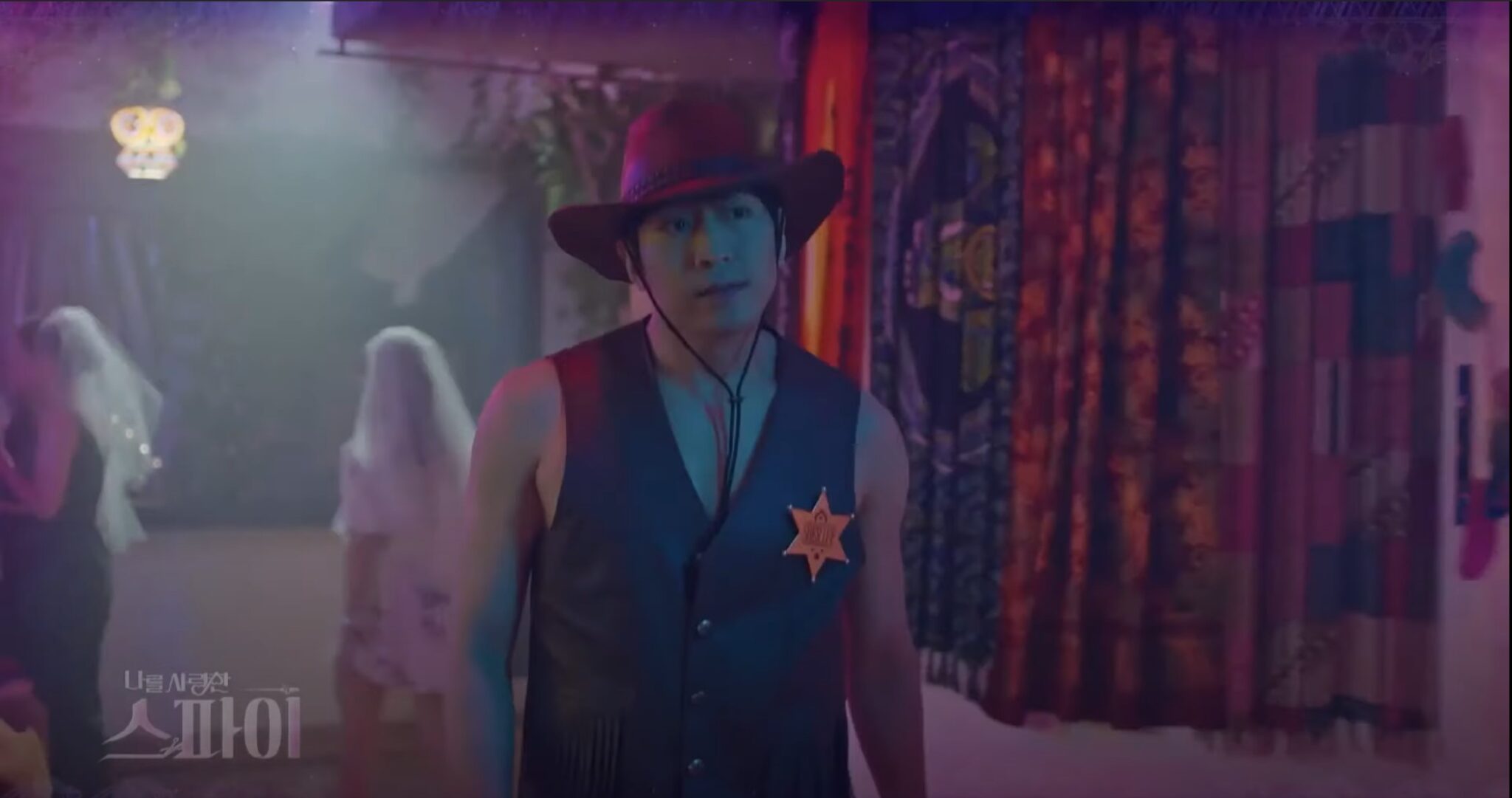 Counting down the days until its premiere, a new video teaser has been released for MBC’s upcoming rom-com The Spies Who Loved Me (formerly The Spy Who Loved Me).

The drama stars Yoo Inna (Reach of Sincerity) as a character who thought her life was finally settling down. After her whirlwind romance with Eric (Unique! Chef Moon) ended in divorce, she felt lucky to find happiness again with current husband Im Joo-hwan (The Game: Towards Zero). Fate, of course, had other plans. With the sudden re-appearance of ex-husband Eric, her best friend mysteriously goes missing. As she joins the search, Yoo discovers that everyone she trusted has been lying to her — including both Eric and Im Joo-hwan.

As a preview of the upcoming premiere, the newly released teaser takes another look at Eric and Yoo Inna’s relationship. It starts with a sequence of flashbacks with romantic music playing in the background as Eric explains, “Sometimes you have these moments when you feel like the rest of your life can be a mess if it means you can experience them.” As Eric comes to the end of his narration, though, his voice and the music become warped. We cut to Eric and Yoo Inna sitting together in the present, and a frustrated Yoo asks: “Is there something to smile about when thinking about our past?”

In the next sequence, we see how Eric ran into Yoo Inna again in the present. Looking at an email, he reads: “I invite you to my bachelorette party.” A male voice off-screen asks, “And you don’t know who sent you this lead?” Disguising himself as a dancer, Eric goes to the party and notices Yoo Inna looking for someone. “My friend, this is her bachelorette party,” she explains. Cut to two consecutive text screens: “Marriage, an operation variable,” and, “Divorce, an operation variable.”

All the while, the missing bride-to-be Yoon So-hee (Witch’s Love) is seen pacing outside and then on the run. As Eric searches a shipping port, he reports, “I think my position has been compromised. I will take responsibility and take care of the situation.” The video cuts back to Eric and Yoo Inna as it comes to a close. As they look at each other, Yoo says, “Night vision on, lips sealed. You know, right?” After driving off together on a motorcycle, they approach each other under a night sky lit with fireworks. Yoo Inna narrates, “We met each other again like this. At the island where our love first started.”

Written by screenwriter Lee Ji-min (The Man Standing Next) and directed by PD Lee Jae-jin (The Banker), MBC’s next Wednesday-Thursday drama The Spies Who Loved Me premieres next week on October 21. 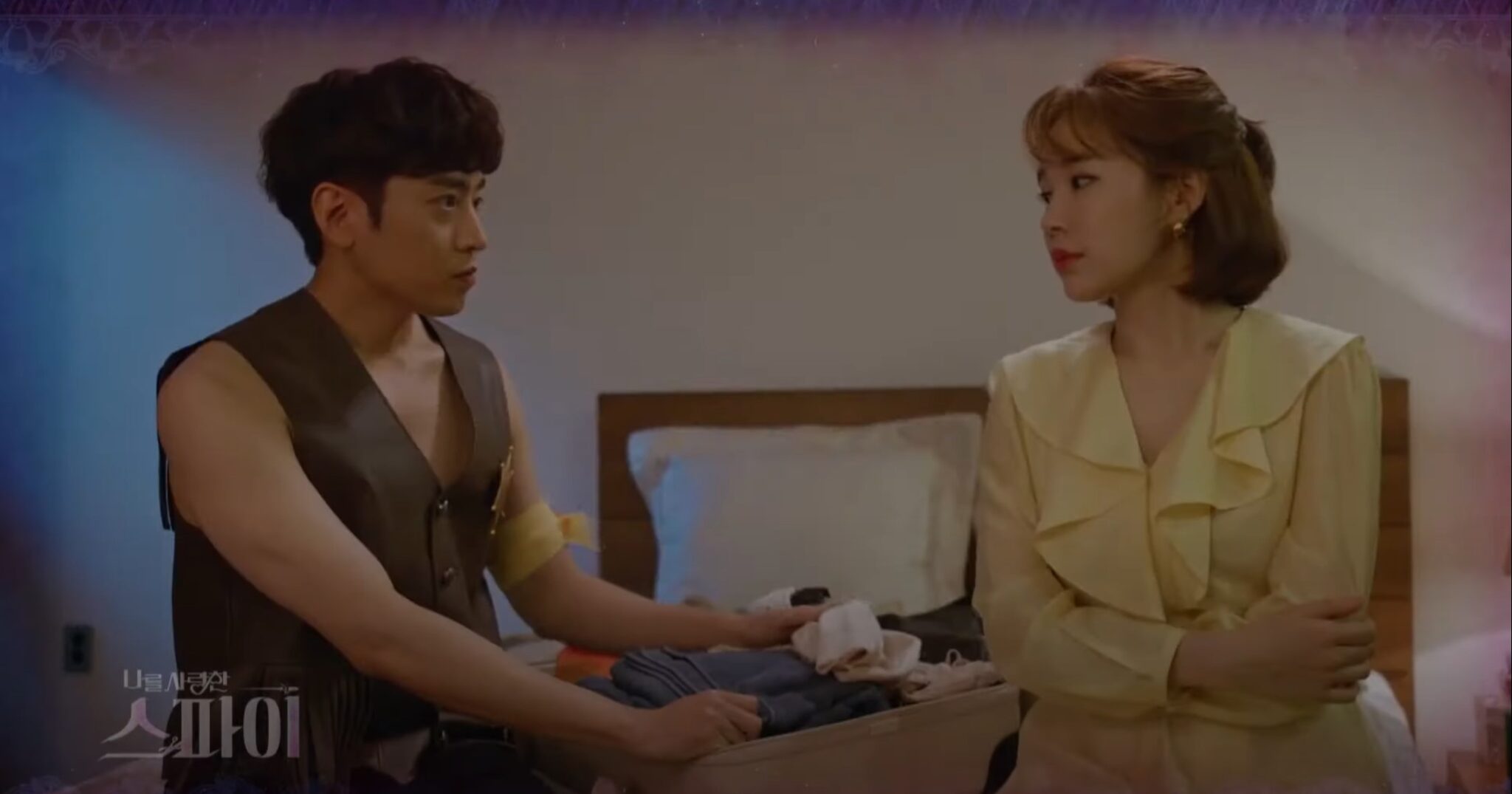 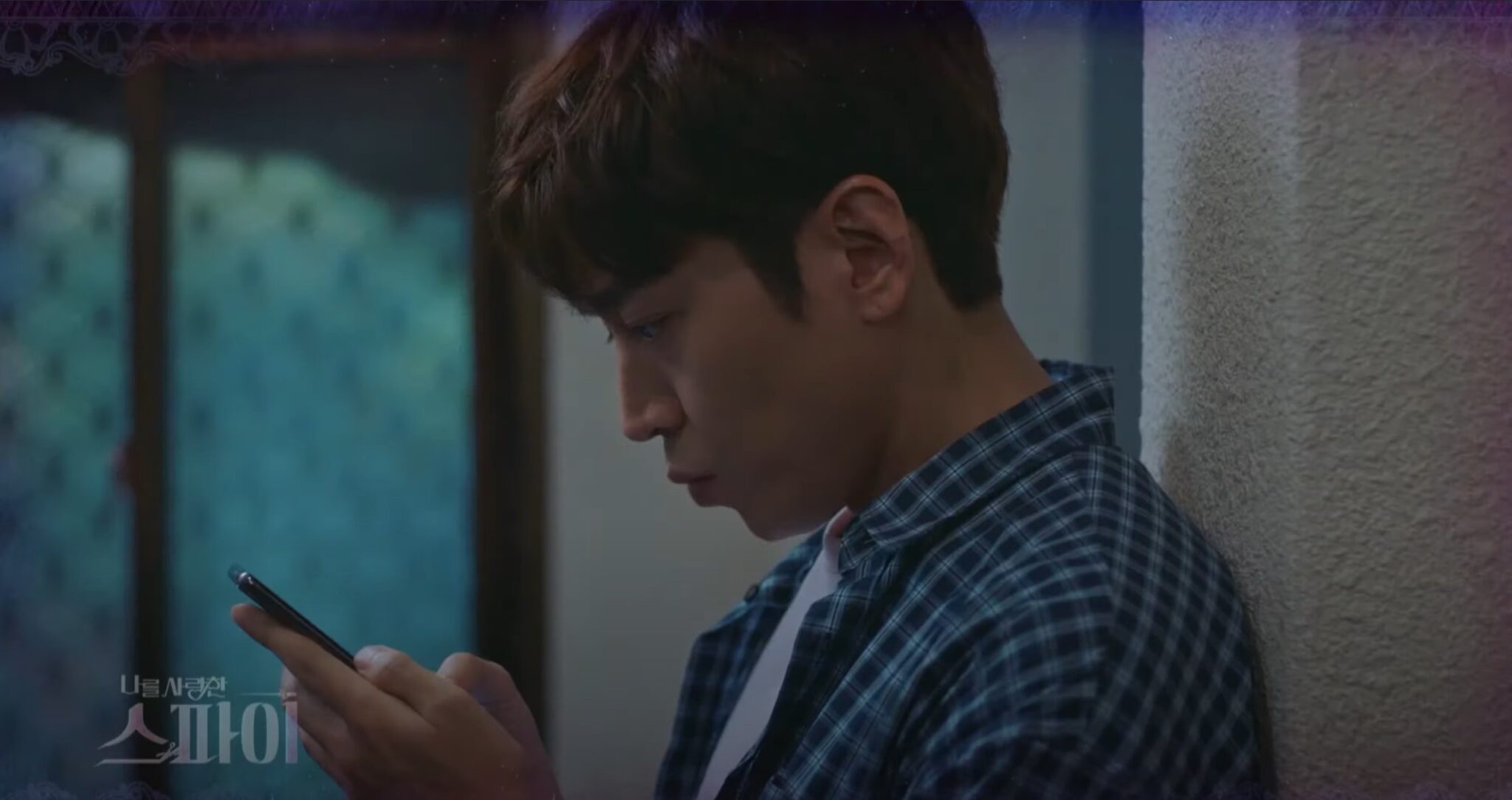 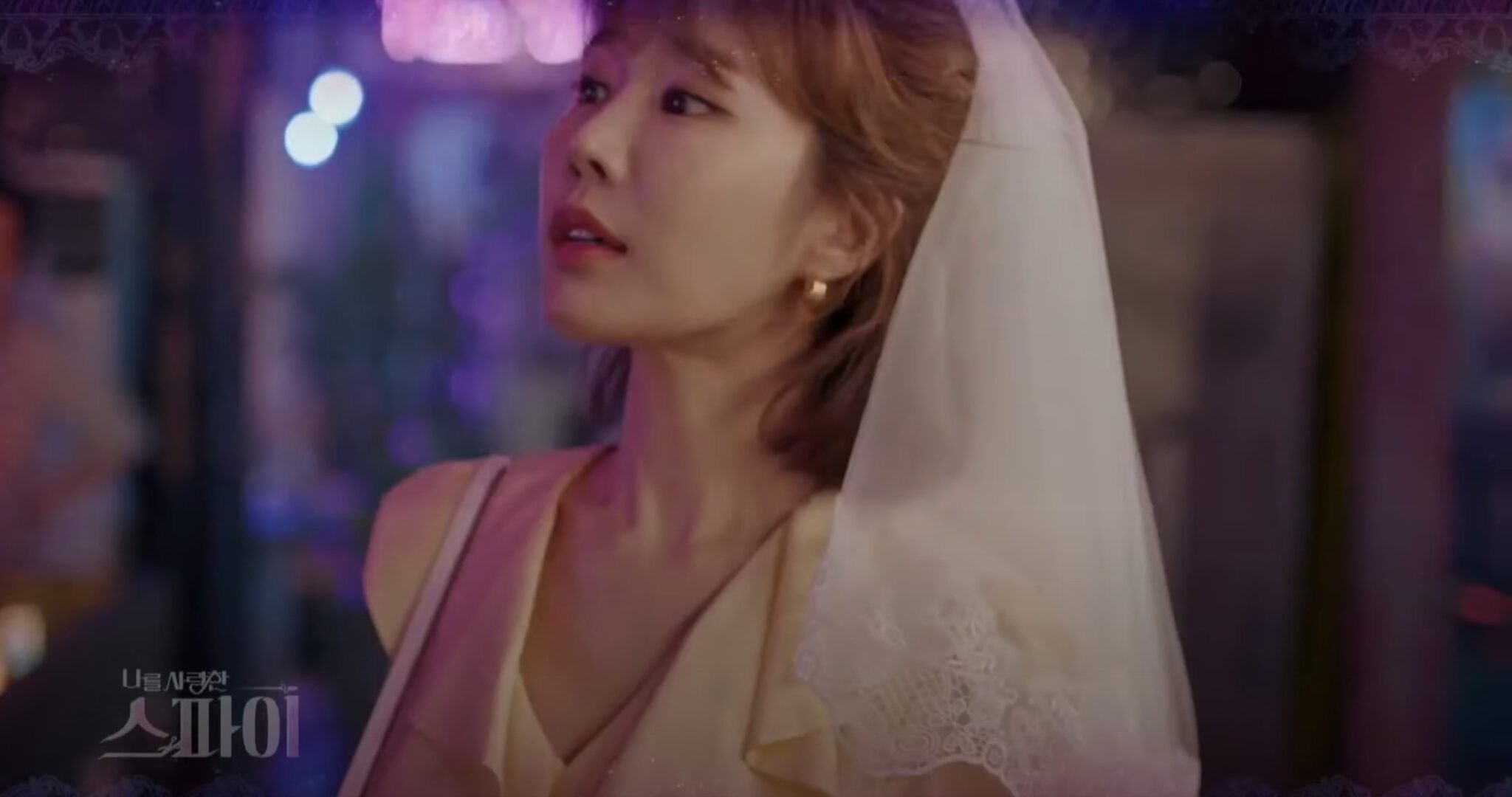 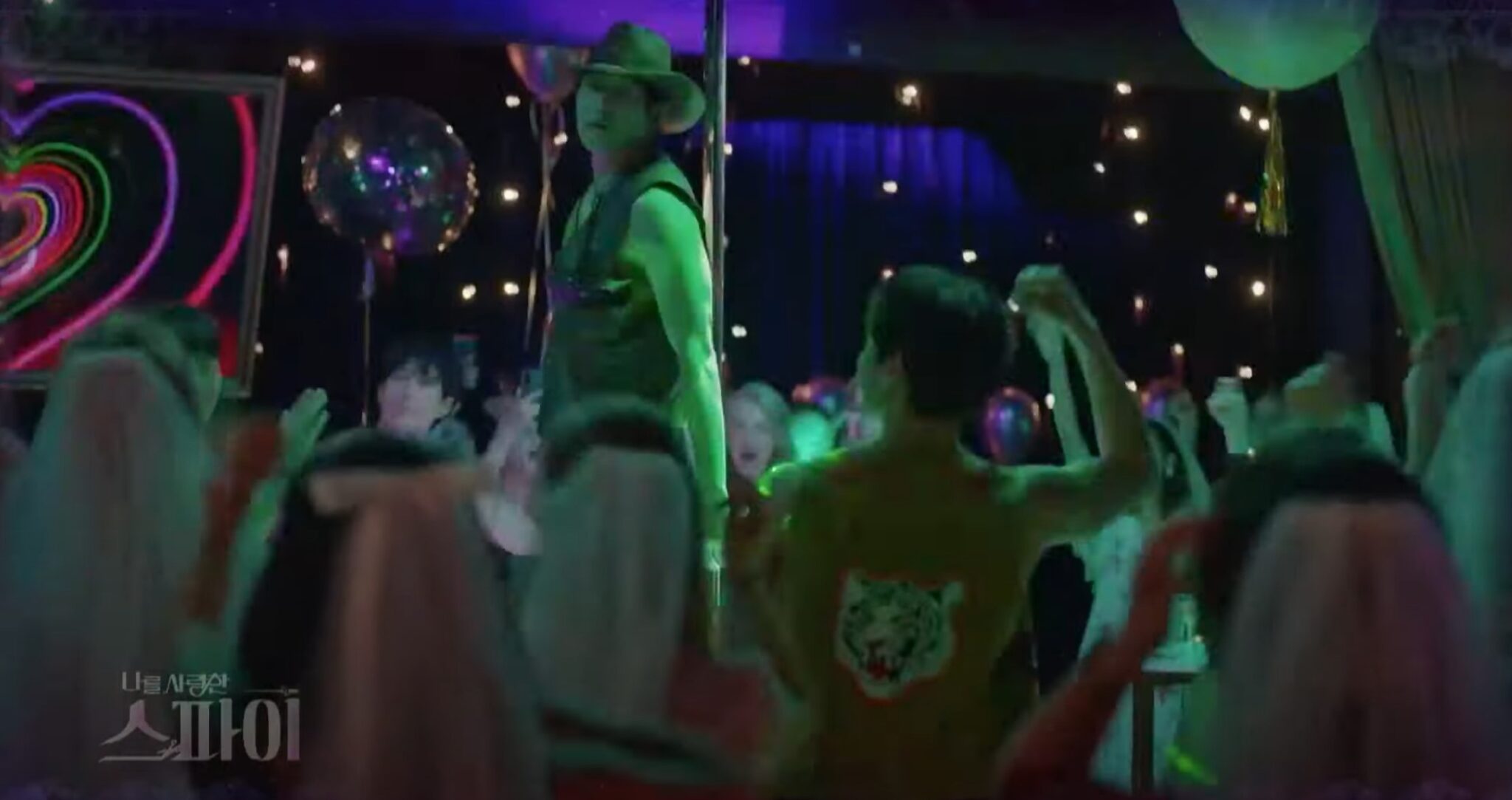 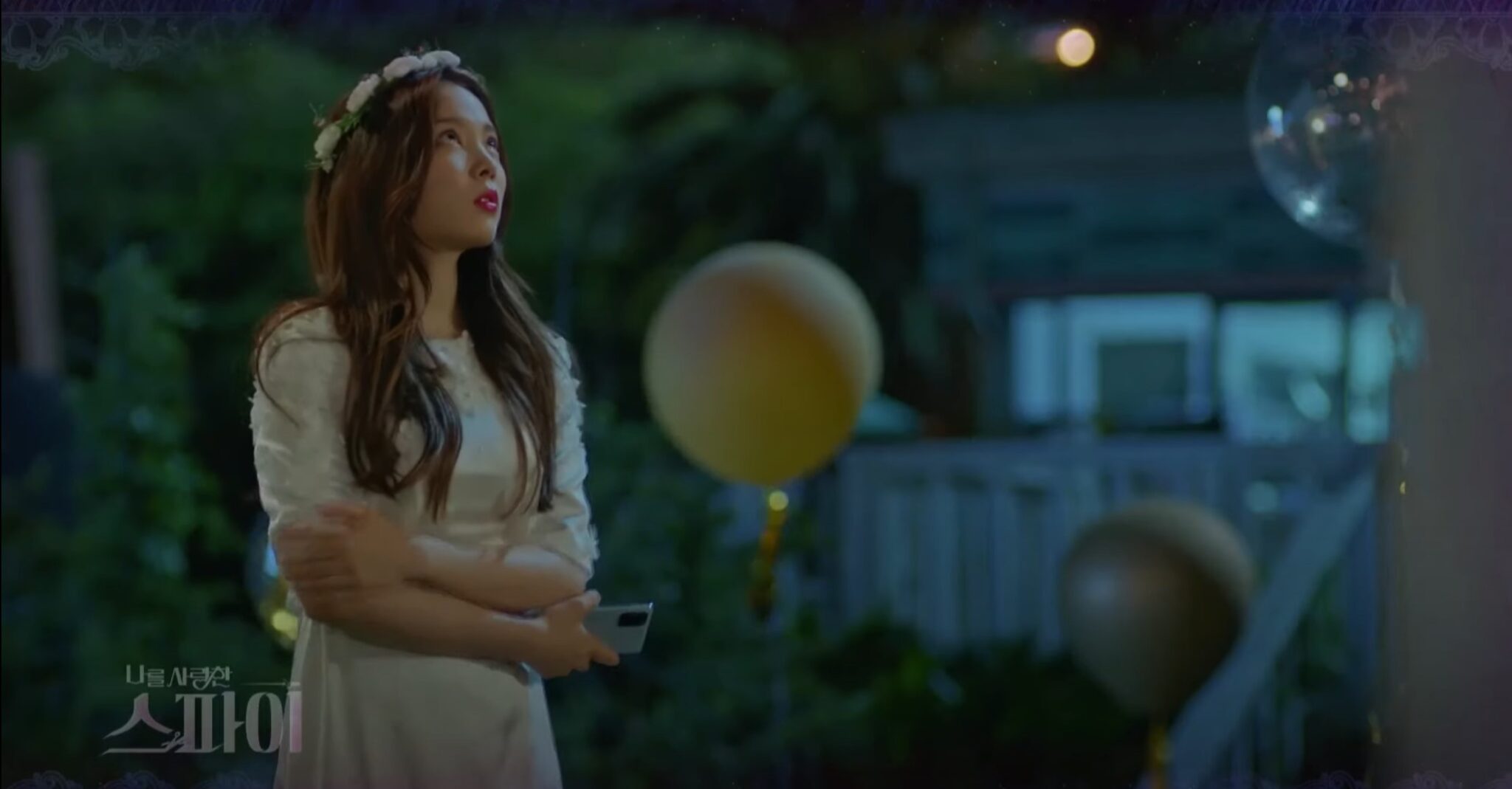 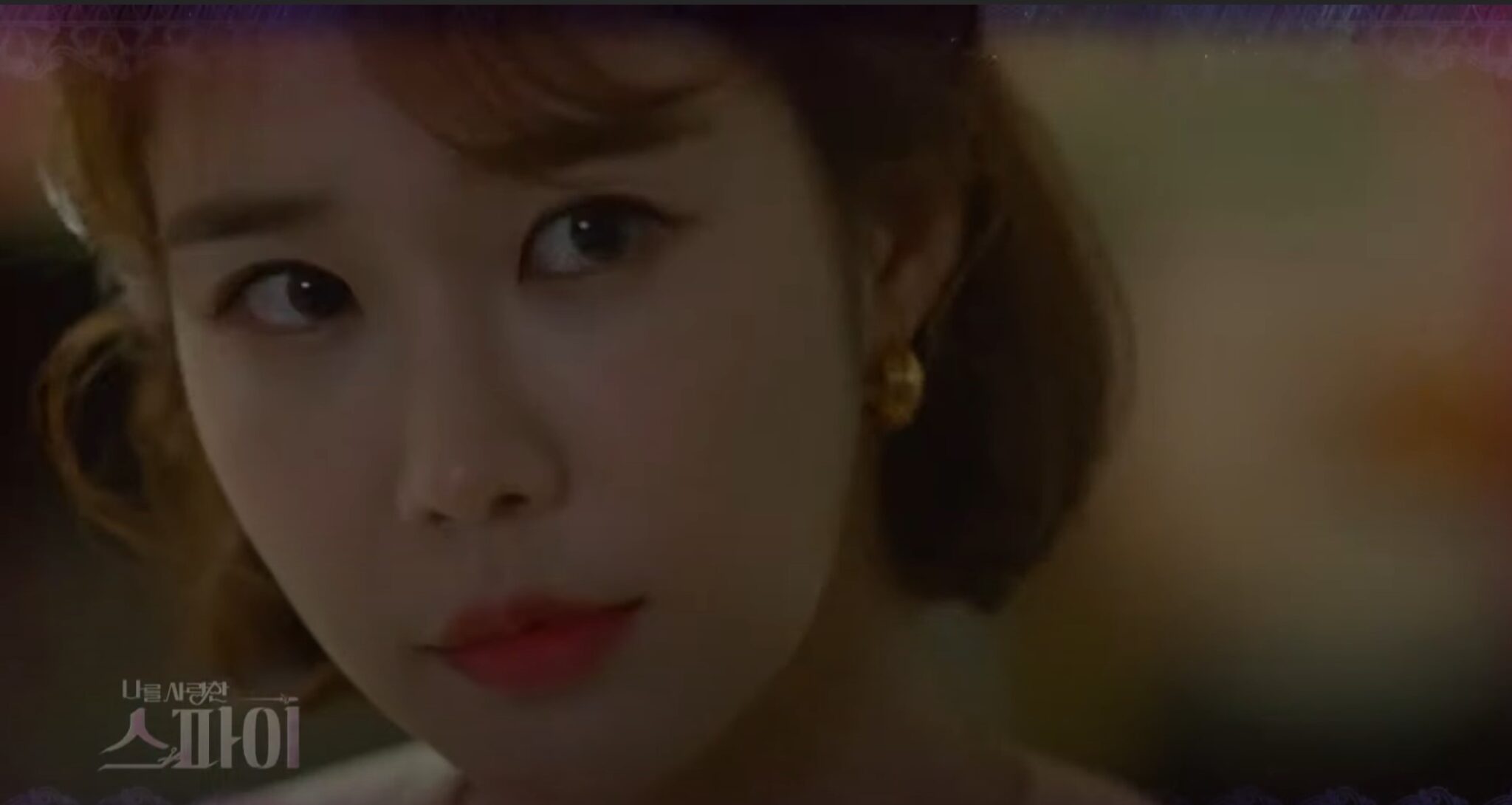 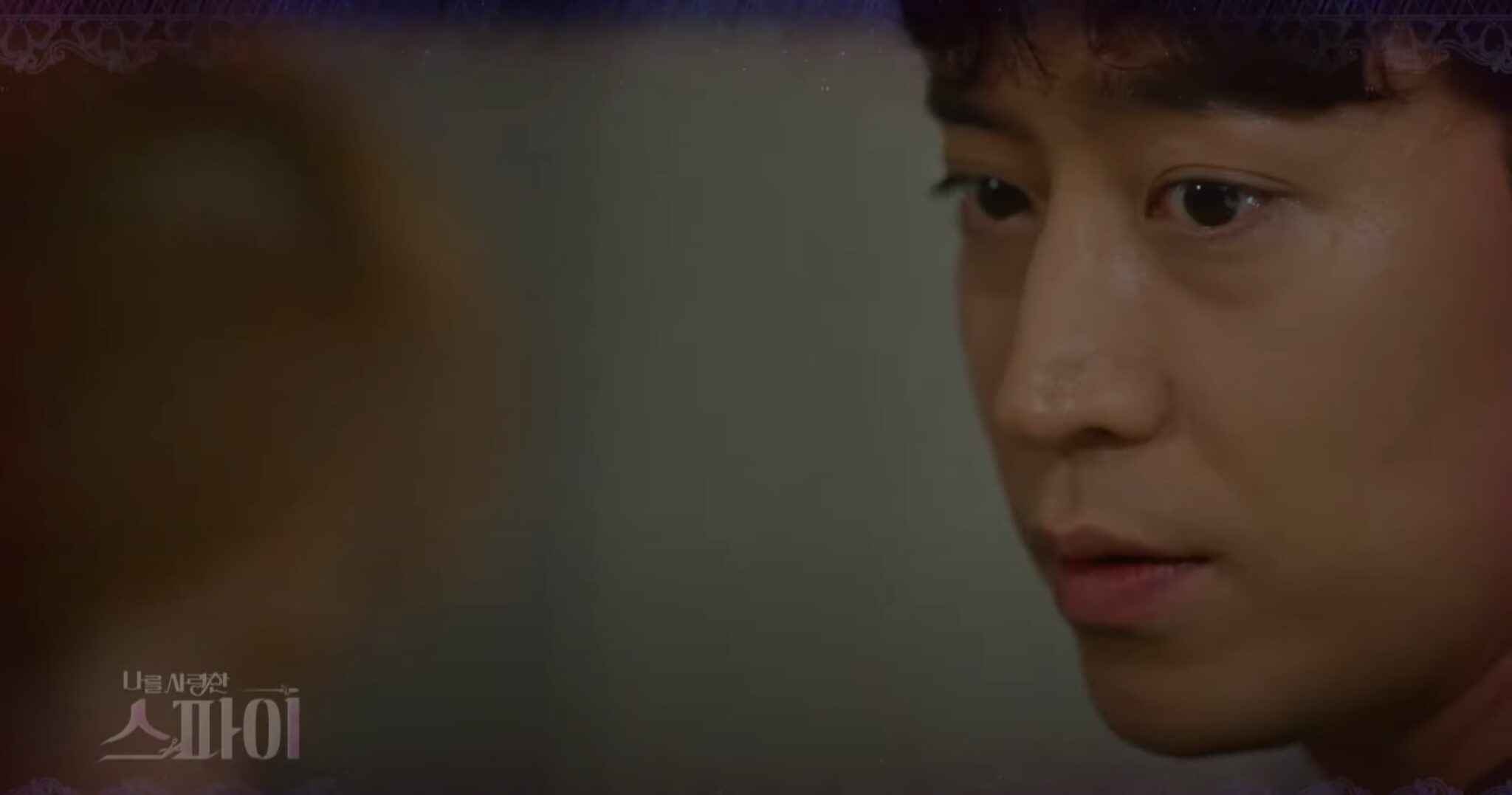 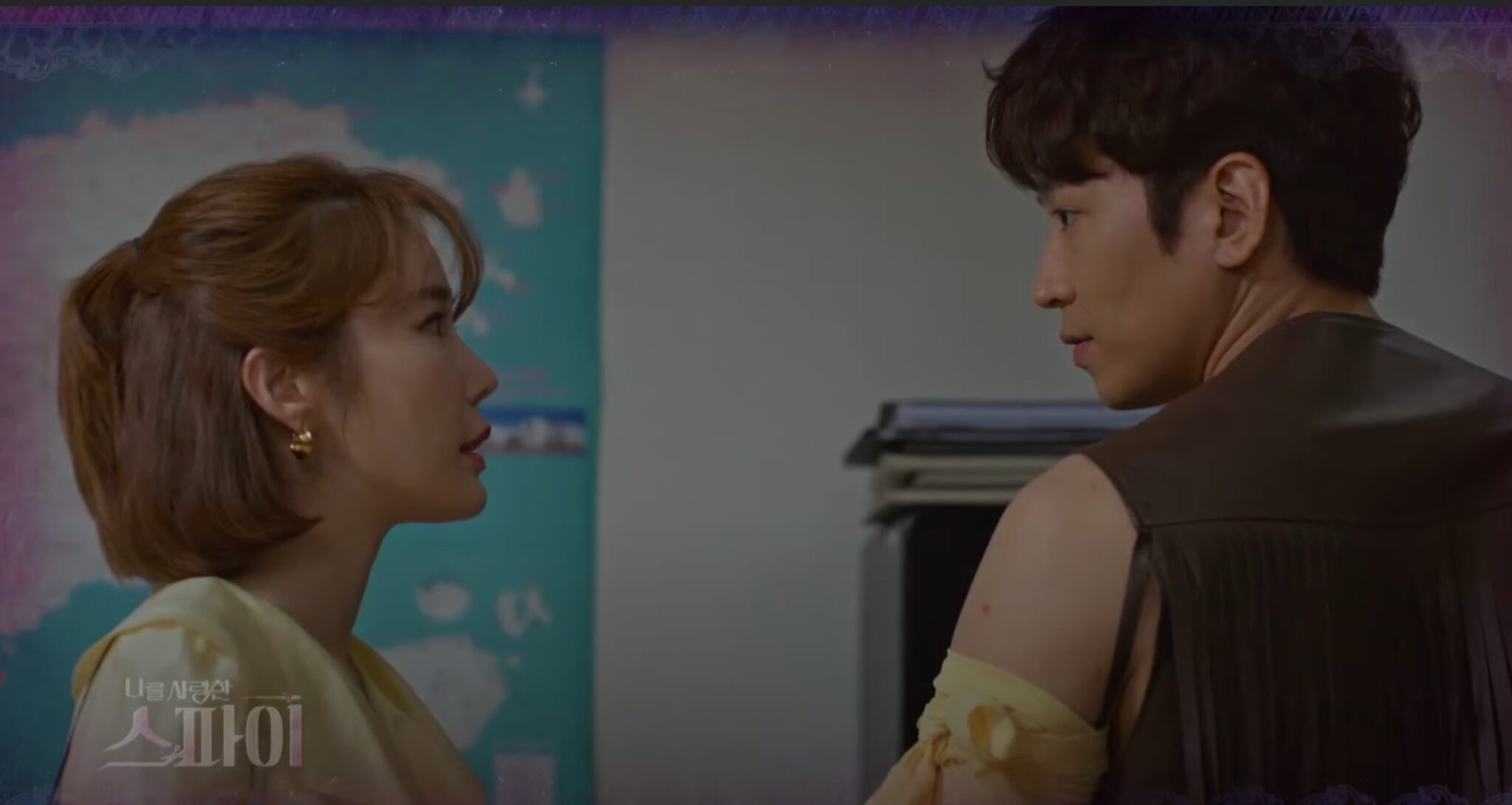 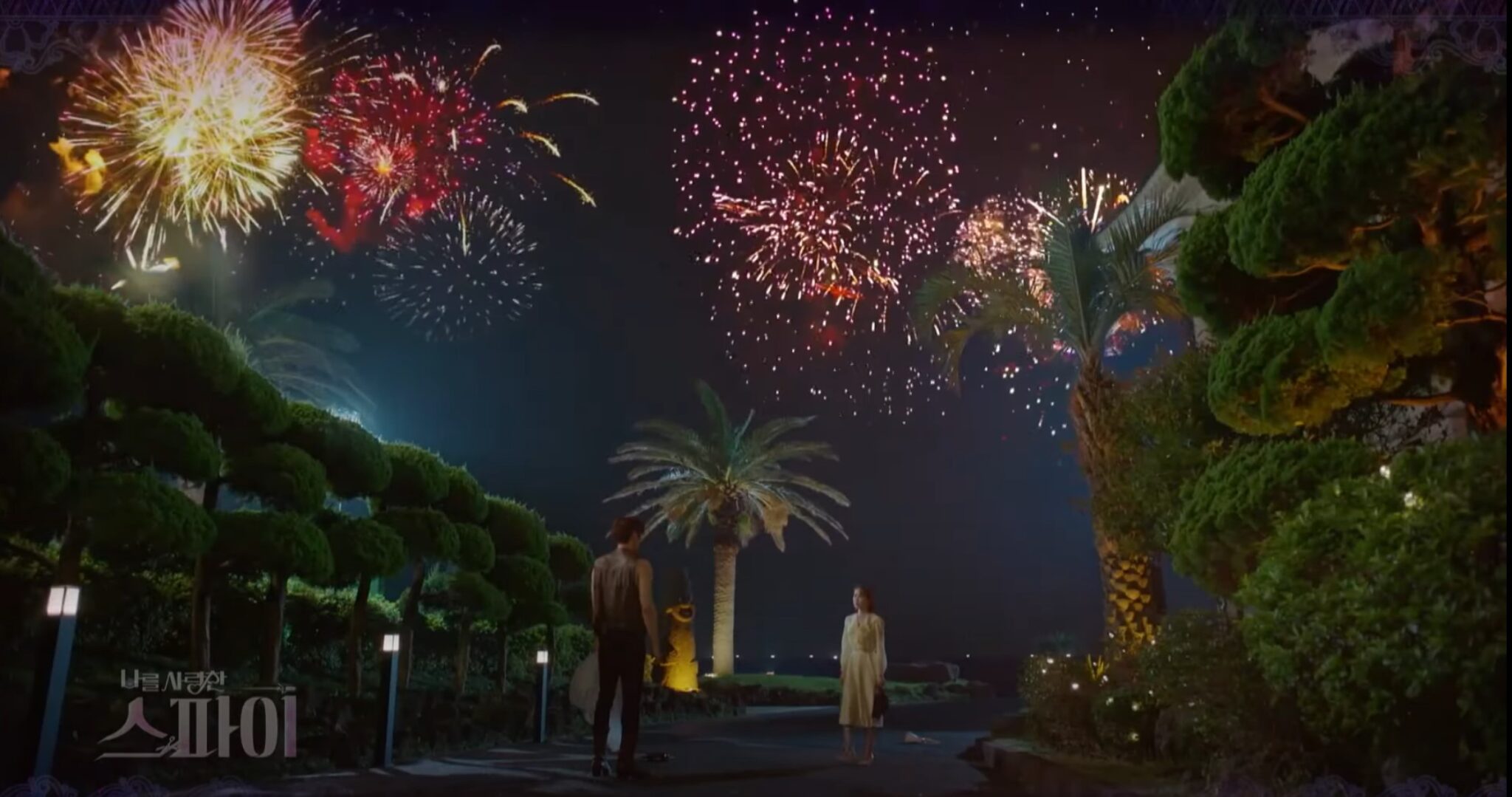 ommmooomomomomoooo... eric is a stripper at the bachelorette party? oh wait, maybe he just dances... that's good, too.
: D

Work that pole, Eric!! Show them, why Shinwa selected you in the first place. 🤣

I am waiting for this!
I can’t see it on Kocawa though so I would assume it will be on IQIYI???

Yes it is gonna bee on IQIYI. I see it in the coming soon list. :) So many streaming sites too juggle just to watch dramas.

Did you see that IQIYI also picked up the new Jun Ji Hyun/Joo Ji Hoon drama as well?! I'm shocked b/c tvN and Netflix has a deal. I guess b/c of JJH's fanbase in China? AStory is producing this show not Studio Dragon which is interesting...

I echo the too many streaming sites, its only a matter of time before Warners Bro (Defunct Drama fever originators) & other media companies get in on K-dramas now that has more international recognition. 😤

I would not call Warner Brothers the DramaFever originators, I would call them the DramaFever killers. Still salty about all of the great titles we've lost forever.

Me too! Will never forget that day..

IA. I heard that NBC Universal and Wavves (KBS/SBS/MBC) have plans to have K-dramas stream on their site. UGH. Something smells like D.F all over again ://

Isn't Kocowa already a collaboration between the Big 3? I'm so confused!

If this keeps up I'm gonna have to do more watching using, uh, alternative resources...

@Mindy Yes! The thing is certain shows have been licensed to other places that should be on Kocowa, since its (KBS/SBS/MBC). The show that shall not be named (rhymes with cookie), was on IQIYI but not on Kocowa irc.

I'm not a fan, its too many places for K-dramas now. Along with this proposed deal as well, eh. :/

Is that the only place it’ll stream do you know? It sounds like a fun drama but Idk anything about IQIYI lol

As of not sure, IQIYI streams their shows in China that's certain, but some shows aren't licensed to view worldwide. It seems like the new show will since it's not produced by Studio Dragon (Which has a licensing deal with Netflix for a few yrs).

A head tilt imo. I feel like the marketplace already feels overcrowded, so seeing more avenues pop up makes me want to take a step back from K-dramas in the near future (minus a few exceptions/oldies).

I’ll keep an eye out, hopefully I’ll be able to watch it. I’m usually quite picky about dramas (I get bored easily lol) so I don’t normally feel overwhelmed but recently I feel like they’re coming at me from all directions 😂 I do appreciate that they’re becoming more accessible in a way though.

Thank you for the reply!

There is also a 14-minute special preview released yesterday. This drama seems funnier than I expected! I think Inna's friend, the bride-to-be, is an informant for Interpol. Or she might be working for the corporate spy people and some how become a burden to them that she enlisted Eric's help to protect her. The more I see, the more I like the espionage side. By the way, Eric said they were planning to film this in Hong Kong but changed to Jeju because of Covid19

Eric as a stripper is not believable, lol.

the transcipt doesn´t make much sense to me. but stipping spies sounds rather jamesbondish.

Undeniably imagine that that you stated.
Your favorite justification seemed to be on the net the easiest factor to take into account of.
I say to you, I certainly get irked even as other folks consider
worries that they just don't recognise about. You controlled to
hit the nail upon the top and also defined out the whole thing without having side-effects , folks can take a signal.
Will likely be back to get more. Thank you

Really, the staff who chose this picture of Eric Nam as the headline picture here must really hate him lol.

LOL, I actually like Eric a lot and I was amused by the cowboy "dancer" look, but couldn't get a clear screen capture of him in the costume. I beg forgiveness, will try harder next time :)

Oh it's @tccolb ! ☺️ Thanks for replying my comment. 🥺

Lol he looks so much less than appealing here so I thought that. Great to know that you like him too. Fell for him for a short while after watching AOHY and before he got married irl.