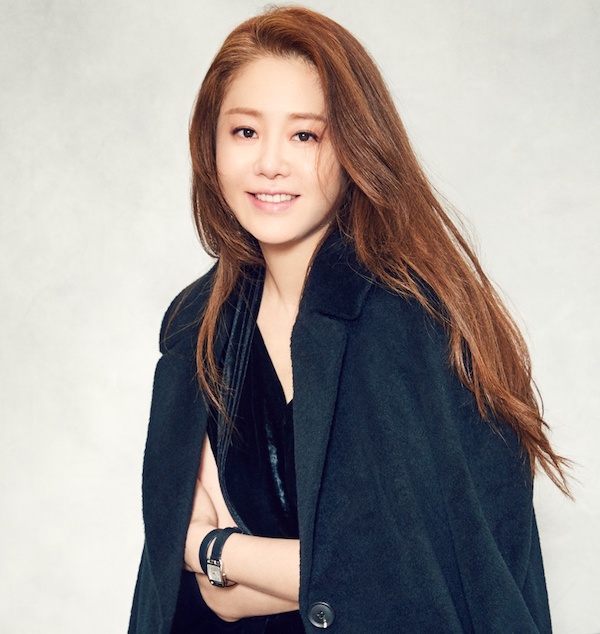 Go Hyun-jung’s (Neighborhood Lawyer Jo Deul-ho 2) return to the small screen has been announced. She’s headlining a new JTBC drama called Someone Like You. It tells the story of two women with Go Hyun-jung playing the lead. Her costar has yet to be announced. Go Hyun-jung’s character Hee-joo has always followed her desires and the ill-fated relationship between the two protagonists that led to a miserable life for one woman.

Hee-joo suffered through miserable poverty in her youth, which made her all the more determined to climb up the socioeconomic ladder. As an adult, she achieved success as painter and essayist and married the heir of a hospital foundation. Despite creating a relatively happy family with her husband and two children, Hee-joo still has regrets over the moments in her life where she felt she lived without purpose.

It’s only when Hee-joo encounters the other protagonist that her life is changed completely; it even makes her past poverty seem like child’s play compared to the new trials she has to face. There’s passion and betrayal, depravity and revenge, and not that many more details (yet).

The production team said, “Go Hyun-jung was the first actress we thought of during the planning stages of the drama when we were brainstorming who would best portray Hee-joo’s inner strength and the different aspects of her personality.”

JTBC drama Someone Like You, written by Yoo Bora (Secret Love) and directed by PD Im Hyun-wook (Someone You Might Know), will begin airing in 2021.

Tags: Go Hyun-jung, Reflection of You

i really like this actress - she was so good in My Dear Friends... i will look forward to watching this drama!

Sounds like a meaty role for Go Hyun-jung. Loved her in Dear My Friends. I will give it a go just for her.

YAY!!! She was done dirty by Return team, considering their ML's issues in rl, very rmfe worthy on their part. Glad she's leading a JTBC drama!! Besides, cable dramas are way better so win win for her!! Can't wait tbh.

P.S: I'm just now watching Dear My Friends (I know, I know) and its such a well written character driven slice of life show. Go Hyun-jung is incredible here/such a power to her presence on-screen. The writer even then said she needed an actress that's not over-powered by the acting legends, which says a lot!

I miss her so much! Lady Mishil's existence maybe questionable but I bought every second of her performance.
What I would give to see her in a drama again with Choi Min-soo. "Sandglass" what an era.

Add Jo-In Sung to the mix! Speaking of, they are allegedly rumored to be dating on the down low. Either way, can we get Jo In-Sung back in drama land? Due to Covid, hopefully the ML role intended for him in Here, then given to LBH due to schedule conflicts, be given back to him!!