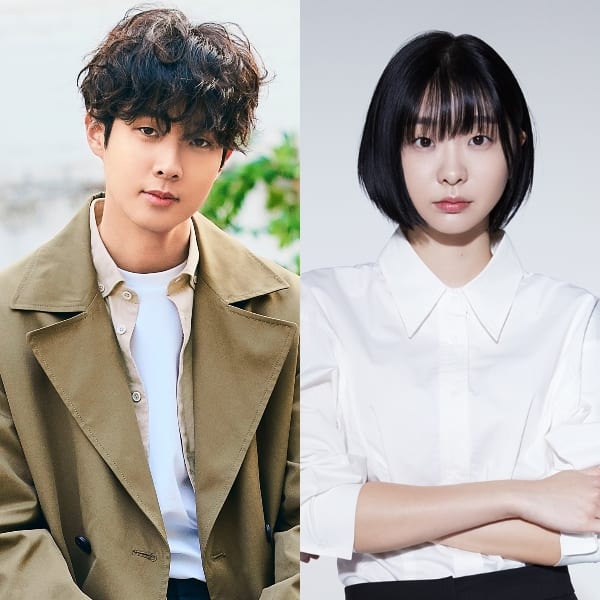 It’s been confirmed that Choi Woo-shik (Parasite) and Kim Da-mi (Itaewon Class) will be starring together in upcoming drama That Year We. It’s about a couple that broke up agreeing that “Being together was awful. Let’s never see each other again!” When a high school documentary in which they were filmed 10 years ago suddenly becomes astronomically popular, they are summoned to be together in front of the cameras once more.

Choi Woo-shik will play the character of Choi Woong, who looks carefree, but begins to show his hidden sincerity when he finds something that he wants for the first time in his life. Kim Da-mi will play Guk Yeon-soo, whose goal in life during high school was to be number one. Now, she lives with emotional scars, and is just adjusting to the harsh reality of survival in society.

That Year We is a reunion project for Choi Woo-shik and Kim Da-mi. Previously, they starred opposite each other in a supernatural-action-thriller movie called Witch. Given their excellent respective acting track records, I can’t wait to see how this drama plays out.

Studio N’s 16-episode original series, That Year We, will begin production in the latter half of this year. There’s also supposed to be an acccompanying prequel webtoon of characters’ high school days that will be released on Naver.

Right? I always wanted to see him again in dramaland. The last drama that I watched on him was Rooftop Prince. Definitely a list for me, although rom-com is not my cup-of-tea.

Have yoh watched "Hogu's love"? You should!

i love everything about this. Now I have to try to not get my expectations too high...

Choi Woo-Shik was so cute in Ho-Gu's Love and I like him in The Package! I'm happy to see him back in a drama.

I really liked him in the package too!😁 and her in Itaewon Class. Fingers crossed for these two and this drama🤞

I'm here for this! Choi Woo-shik! Kim Da-mi! The story sounds promising too.

This is too good to be true, I can't wait!

I'm loving this parade of upcoming rom-coms. And this cast and story line sound promising. Count me in!

Studio N? Counting on good old Kiss××××× and xxxxxcool to add the dramas from all these new streaming sites.

I rewatched the witch after I read this news. I have been waiting for these two as a couple, omg. Their acting is top-notch, and yeah, Choi Woo Shik is madly attractive. He's excellent as a funny and innocent character but also has a side of a crazy psychopath.

Both are great in performing as cold psychopaths tbh. I can imagine it would be very refreshing to see them as a couple in a rom-com drama, haha.

SOOO EXCITED FOR THIS (: they were great in Witch.

Why can’t we ever have just one female rom com lead who is not emotionally scarred and pathetically struggling ? Just one?

Lol, I'm glad they get to reunite in a less scary project. They have similar vibes, I think they would look good together.

I am sold on this plot and the leads seem well matched! Looking forward to it!