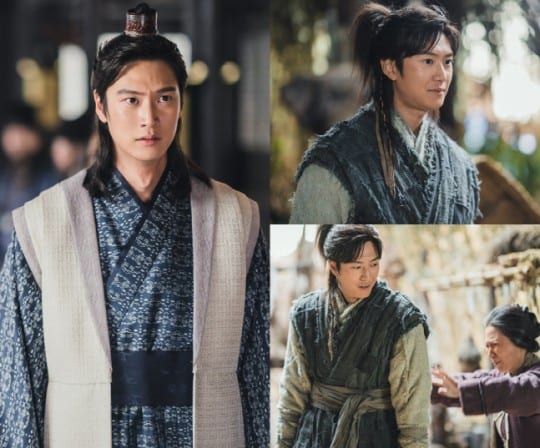 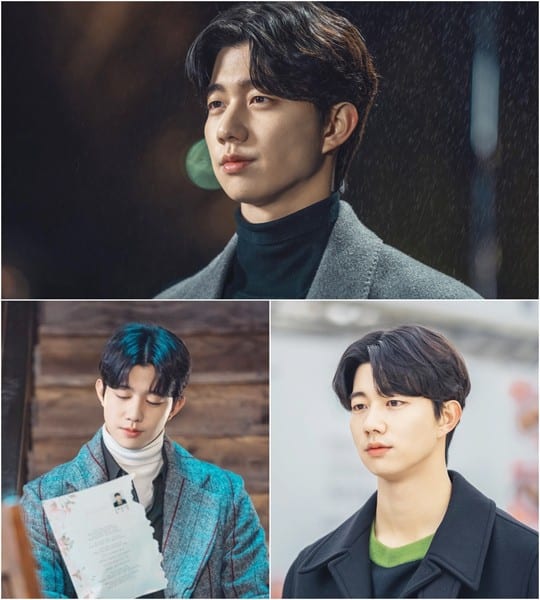 Wow, River crew is working really fast! Now I want to see the new On Dal!

I'm hoping he'd make his appearance in eps 7 like some reports. I don't see how showing the original lead would make viewers want to tune in.

So he has already done. I wanted to check in the show, I kind of like it and I was bracing myself to skip all On Dal scenes but luckily they had already changed that creep whose name is not worth mentioning.
What infuriates me is that he has ruined KDrama for me for a while. I find it a bit difficult to separate the art and the artist and now I wonder who else is terrible under that well polished and sweet facade. What seemed honey turned into saccharin and I cannot stand saccharin. Hyolin was the first bully I heard about in KPop / KDrama when Angry Mum was running - the irony - and I couldn't listen to any of her songs or Sistar, although she was gifted with a great voice. :( I feel so sad and angry at the same time.

I've seen Ki Do-hoon in two dramas: Once Again and Should We Kiss First and, well, I'm in utter shock that he's got the lead role. Let alone a lead role in a high-profile drama.

I was really shocked too! Starring in a Kim Eun-sook drama could define your career, so I'm really curious what the casting team saw in Ki Do-hoon to choose him.

Jeon So-Ni having already appeared with Park Bo Gum and Jinyoung, clearly the plan is to cast her with every puppy in the pound, regardless of talent level, moving forward for the rest of her career.

His agency is Key East aka SM acquired it along with him. So he's backed by a powerful/well connected agency. Boy is a wooden piece of hunk.

I love this, he doesnt look terrible as On Dal, I disliked him a lot in Mr. Queen, so hopefully he is likeable here.

I disliked him in Mr Queen as well and in ep 7, he still has that sour look on his face that he had most of the time in Mr Queen. I am hoping and hoping that he switches that out for a smile and then I will give him a chance. But that sour look I remember from Mr Queen was what made me dislike him in that drama. Please start smiling. On Dal would.

Yeah, all I could think was he was missing the lightheartedness that Ji Soo had. It was just a glimpse though, so I will give him a couple more episodes.

but On Dal suppose to be kind hearted and full of spirit boy! so he should smile! He suppose to be 'a fool' right? (based on the fairy tale and what his father ask him)
I love how Ji Soo looks KSY like an idiot :D .. so much stars in his eyes XDDD

Haven't seen eps 7 and I don't like him in Mr. Queen but I do hope he made changes in his role as On Dal. I'm still going to see this drama though.

i keep posting this in the wrong thread... let me try again.

it was odd seeing him in ep 7... but he was in very few scenes, so they are letting us get used to him. he was rather stiff, but wait... ji soo is often stiff... hmmm. i hope he does well in this role.

Ji Soo was stiff too, but there was a playfulness to his character that this glimpse of the On Dal didn't have. That could nervousness or anything else. I appreciate the pressure he is under and how he is stepping into a role rather quickly, so I am going to give him time. He deserves that.

I love both DotS and Goblin, so I have high hope for the upcoming project of KES. And regarding Moon Ga-young, I am happy that her career seems to pick up after her work with my beloved baby KSH in Waikiki 2. So happy that both are doing well career-wise.

Talking about shows, when will I know the next show of KSH? Is he still on board with Mr.Hong?

Netflix has a lot of dramas! I'm curious about D.P., no news about it. Hellbound has a great cast (I liked how the MC asked Won Jin Ah is she was wearing lipstick xD). The return of Goong Yoo with Bae Doo-Na is so a good news!

Not sure that Goong is a drama that would work now... But I like the idea of modern Monarchy. The same for Que Que Sera. I really liked it because of Eric Moon and Jung Yumi.

I didn't know that Yang-Cha had a lead role! I'm curious now!

3: And thinks his/her next story will be one for the ages and not just another same-old trope salad.

From what i know he is the God of Fate...
This will be on TVING so just on korean platform.

I know netizens are talking about it, but I also hope Lee Jae-wook, Lee Do-hyun or Kim Young-Dae to play Lee Shin in Goong

Goong doesn't need a remake but if they are planning to remake it anyway, it has to be amazing.
Please please don't take a chance, don't cast some Kpop idol or somebody completely unknown...

They rolled the dice the first time and it worked out! Yoon Eun-hye was an idol and this was her first drama role and first lead role. Joo Ji-hoon was a model with a few bit parts - an unknown- and this was his first lead role. They got some strong criticism for their acting back then - especially since the manhwa was at peak popularity at the time. I can see Kim Young-dae picking up a lead in a remake. Not so much the other guys who are likely getting more offers of leading man roles.

I think it'll be hard to outdo the set designs and the way it was filmed. Like you could screenshot a scene and it'll look pretty and well-composed, like it was lifted out of the manhwa. Like the colors even went with the color pages in the manhwa.

It looks like the outfits don't fit Na Inwoo. He is probably wearing Ji Soo's, right? I have to confess, I actually dropped this drama but now I am curious how all of this mess turns out so I'll probably pick it back up when Na Inwoo appears.

Goong was the earliest drama I was watched. I was fascinated by the new world of k-drama and I lapped it up. Now in hindsight I think most of the elements in drama are problematic and outdated. Why they need to remake it? It still serves as getaway to k-drama but it is product of it's time. Let it remain in past.

I am ambivalent about the change of ML in River....I liked Na In Woo in Mr. Queen but grew to like Ji Soo as Ondal. I just feel sorry for the crew for the extra work and hope they're compensated. This show I've shelved for now until more episodes are released.

I'm just hoping River Where the Moon Rises will go smooth with this changes.

I'm surprise that Kim Eun-sook didn't choose a A-list actor for her leads, usually it either the female or male lead that a so famous artist.

Kim Heechul back to small screen?! The role is so perfect for him but I really can't imagine he's in small screen :D

😁So happy to see this segment back!

When I saw the first picture of Ki do hoon above, I thought I saw gong yoo And for a second my heart gave a crazy dance - new drama, Kim eun suk and gong yoo? Hell yeah. Then I realized I saw wrong. Now in literal hell 😭

I haven't tuned into River Where the Moon Rises, but I just might watch it now that Na In-Woo is the new On Dal. He piqued my interest from watching him in Mr. Queen. I hope he does well.

The ad about Take Back Our Culture is from the very people that promote violence against others that don't look like them. If you have any power, please don't accept ads from them because they are spreading their poison throughout the U.S. and the rest of the world.