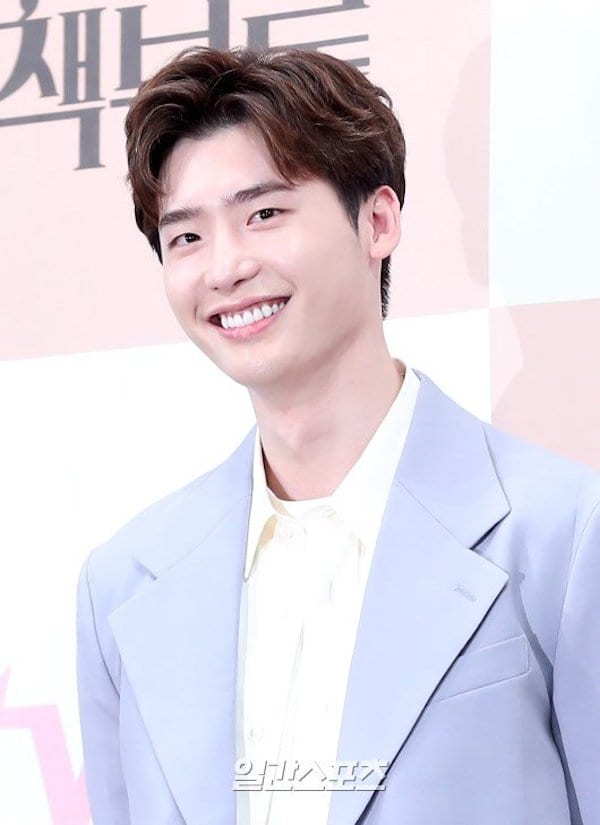 Wow, it seems like only yesterday when we sent off actor Lee Jong-seok (Romance Is a Bonus Book) to the military. But he’s already back, and according to the latest reports, he is being courted for upcoming drama Big Mouth. If he confirms, it’ll be his first drama after finishing his military service. Big Mouth is about a third-rate lawyer with a success rate of less than 10%, who is known for running his mouth more than his mind.

Lee Jong-seok has been offered the lead role of Lawyer Park Chang-ho, the bluffing, weak breadwinner of his family. He hasn’t been able to pay his office rent in months, let alone the salary of his office manager who is also his father-in-law.

Somehow, he lands a murder case and begins to find the truth of the incident. As the case unfolds, more mysterious occurrences start to happen around him. In order to protect himself and his family, he learns to become a bad guy so that he can survive in a world where power and money are the law and go on to punish the real criminals.

As of yet, Lee Jong-seok’s casting in Big Mouth is not confirmed, but he is reviewing the script positively. In the meanwhile, Lee Jong-seok has been keeping busy with filming two movies: The Witch 2 and Decibel.

The director for Big Mouth will be Oh Choong-hwan, who worked with Lee Jong-seok before in While You Were Sleeping. Jang Young-chul (Vagabond, Monster) and Jung Kyung-soon (Vagabond, Empress Ki) are onboard as creators, with Ha Ram heading the script. Big Mouth is supposed to air on tvN sometime in 2021.

Via News1, IS Plus

a world where power and money are the law

Meanwhile, I look at the picture and think, "Yes, good title, he's got a bit of a Big Mouth".

I'll watch because I loved how bad vagabond was, if it is anything close to the terrible goodness of that drama, I will enjoy it.

Lee Jong Suk is back!!! From synopsis I expect there will be some humor elements and he can really do humor so well. I wonder who is the female lead....

I am just happy we will see him on small screen soon.

I’m happy he’s back. Though I don’t consider him handsome, I always like the projects he took and he is one very good actor. He always lights up the screen no matter how depressing the story is. I’m wondering whom they are courting as the FL.

So while you were sleeping 2.0?

Honestly, it doesn’t even matter what the plot is. I would watch Lee Jong-suk in anything. He’s a long-time favourite actor of mine.

I am interested to see who they’re considering for the female lead. It’ll be interesting to see LJS play a married man.

Finnallyyyyy .. I've been waiting for you for so long Jungsukiieee~~
PD and writer look promising. This quite a bit look like while you were sleeping when Jong Suk played as prosecutor, not really an awesome one :D

I saw on his IG account (jongsuk0206) that after his military discharge, gosh, his own long hair was here after three months... until now? What happened if Big Mouth crew requires to bring back a short hair (since Romance Is a Bonus Book)?

On the Big Mouth side, I'm in because I felt it could be the possibly next Vincenzo if this show writers will adding some black comedy elements.

he's back! (doing a happy dance)

He’s one of my favorites too, I’ll watch him in just about anything (in fact, I’m currently rewatching While You Were Sleeping 🥰) This could be promising!

I don’t know how a grown man can be so adorable, but he manages.

I’m excited for any new drama starring him.