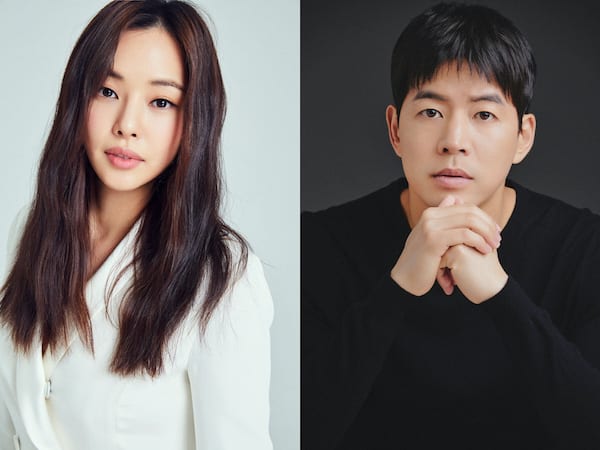 Recently, SBS drama One the Woman confirmed its two leads, Lee Sang-yoon (VIP) and Honey Lee (Killing Romance, The Fiery Priest). It’s a comedy about a corrupt prosecutor who ends up getting amnesia and accidentally switches lives with a chaebol family’s daughter-in-law that looks just like her.

Honey Lee is set to play two characters: rich daughter-in-law Kang Mina and corrupt prosecutor Jo Yeon-joo. Lee Sang-yoon will be playing a third generation chaebol who still has feelings for his first love. Whether they’ll be playing wife and husband is not yet clear.

Former EXID member Park Jung-hwa (Member of Society) has also joined the cast. Her character is an ambitious news anchor who comes from a “dirt spoon” background and dreams of marrying into a chaebol family.

I’m super pumped to see Honey Lee in a drama again. Although her character sounds like a continuation of her role in The Fiery Priest, I’m totally okay with that. She wholeheartedly embraced the absurd comedy of her role as an opportunistic prosecutor, and she completely rocked it.

Directed by Choi Young-hoon (Good Casting, High Society) and written by Kim Yoon, One the Woman will likely air in the latter half of this year.

Definitely on my radar. This intro is enticing enough.

I like Lee Sang Yoon as a person but I found him completely boring on screen...

The "switch" plot dramas often are disapointing. It's funny but the end is bitter.

Liar Game is his best drama for me. And that need a second season. I want to see him and shin sung rok in one drama again

I will try this one but the combo amnesia/switch places plot seems a bit much- color me skeptical on that idea. But it could end up being good even with such an odd set up. So I will give it a try.

The good: Honey Lee back in drama land.
The bad: Lee Sang-yoon. The PD (Good Casting was a mess).
Neutral: Plot isn't my cup of tea, but it could be funny, or it could go very wrong.

I will watch this for both actors. I like them. I didn’t understand Lee Sang Yoon’s acting” in VIP. I guess he just didn’t get his character. But he was good in “Twenty Again” .

I like Lee Sang Yoon but his dramas are mostly of the Very Serious kind which is not my preference, so I’m hoping this will be fun.

I am big enough of a Lee Sang-yoon fan so as to try everything he is in, but it would be less than honest to say I have enjoyed (even modestly) all of them.

Ah! Hope her character is more like With at Court (the first part of it) than super-over-the-top funny, but, hey, Honey Lee can pull comedic roles really well, so I'm definitely going to check out the first episode.

The swictharoo puts me off with makjang vibes, but if they play it up in a more comedic light (more likely, given the writer's background), I'm all for it.

I've watched several of Lee Sang-yoon's dramas, but I don't recall ever watching him in a comedy. So, I'm curious about this show.

I really liked Lee Sang Yoon in My Daughter Seo Yeong so I’ll keep an eye out for this.

yes i loved her in the Fiery Priest and am excited for her return!!!

Late, but for real? That's amazing. Love seeing actors take more ownership now. P.S, do you know where you got that info? Thanks!