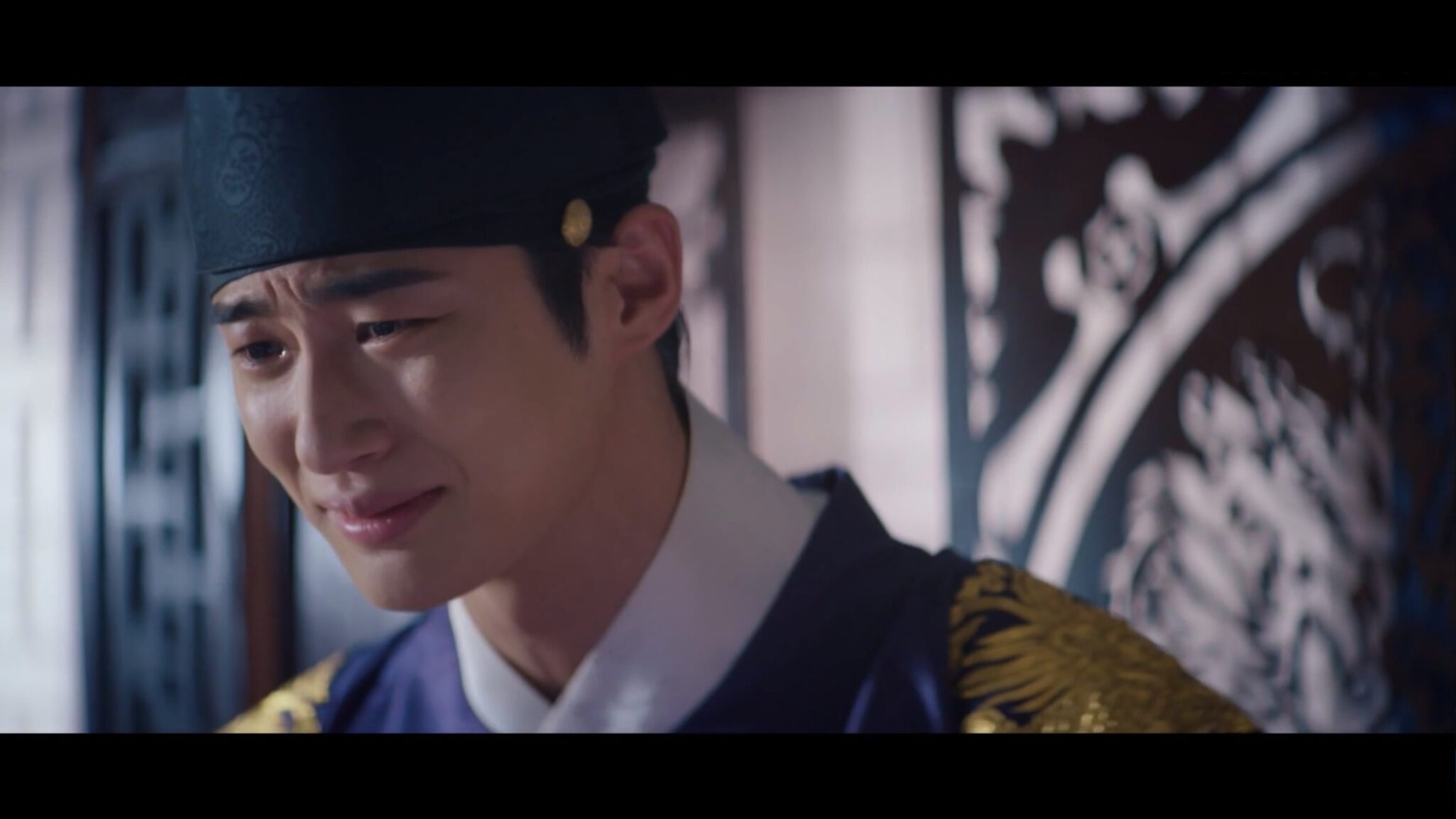 News of our investigator’s death has spread far and wide, but our bootlegger can’t believe the rumors until she’s confirmed them for herself. Getting back into the capital is going to be difficult, though, because her face is now plastered on every wanted poster in the city. 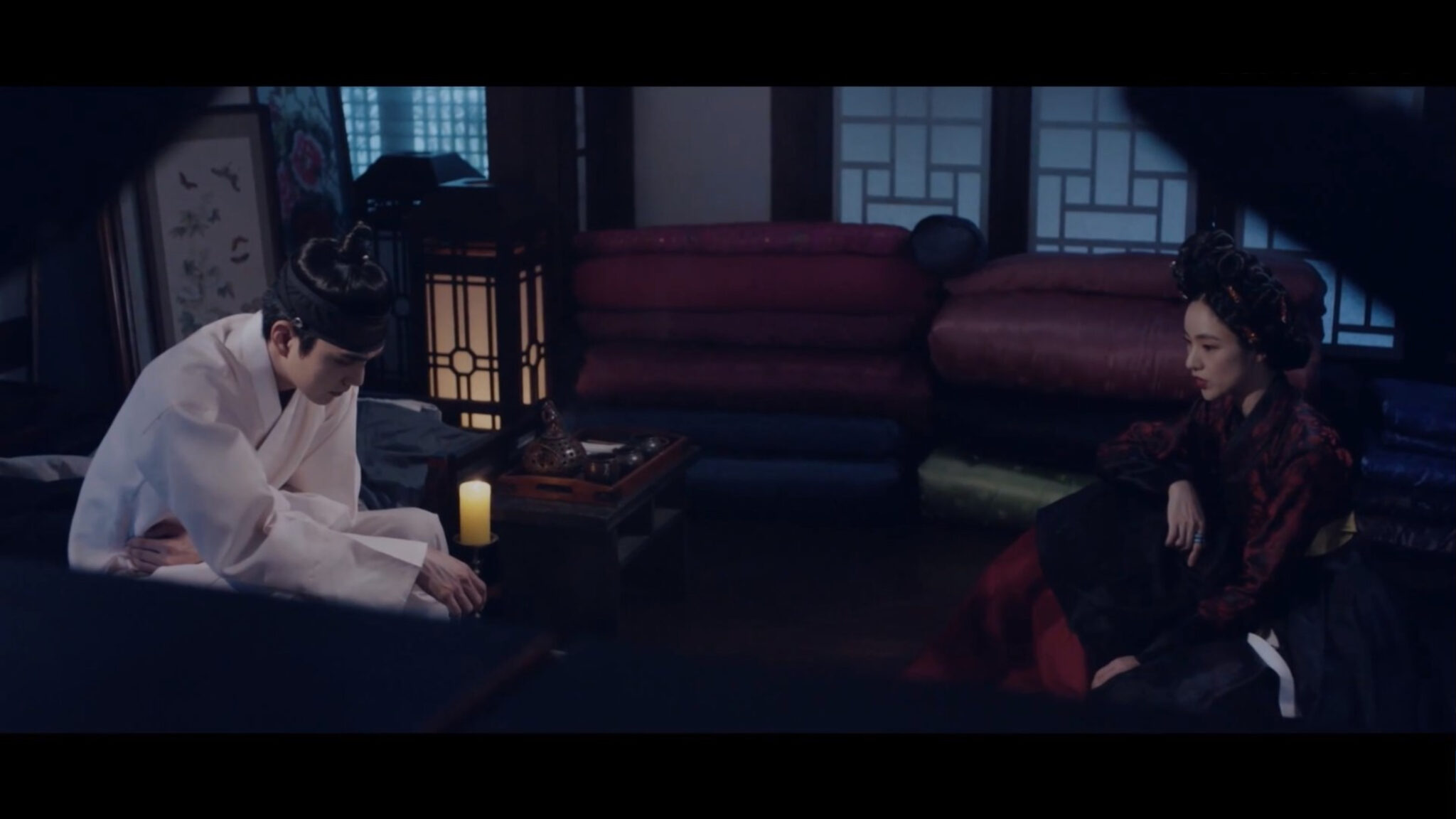 After last week left me feeling like a charred piece of bacon on a week-old McGriddle sandwich, I wasn’t expecting much from our rag-tag team of bootleggers following Young’s stabbing. So imagine my surprise when I found myself enjoying the big reveal that Young — gasp! — is still alive.

Okay, I wasn’t shocked that he was still among the living. No one was. In this drama, everyone’s a cat with nine lives. That being said, I was kind of on the edge of my seat waiting to see how badly they would explain his miraculous survival. I legitimately thought he was going to climb to his feet and stagger away from the crime scene like post-cliff-of-doom Sang-mok.

So when a body with Young’s identification tag was found floating in the river, I was intrigued. I wasn’t fooled into thinking he was really dead, but I was curious to know how he faked his death. Turns out he had a lot of help from Woon-shim, who paid for a cadaver, dressed it up like Young, and tossed it in the river to buy Young some time to recover from his wound. 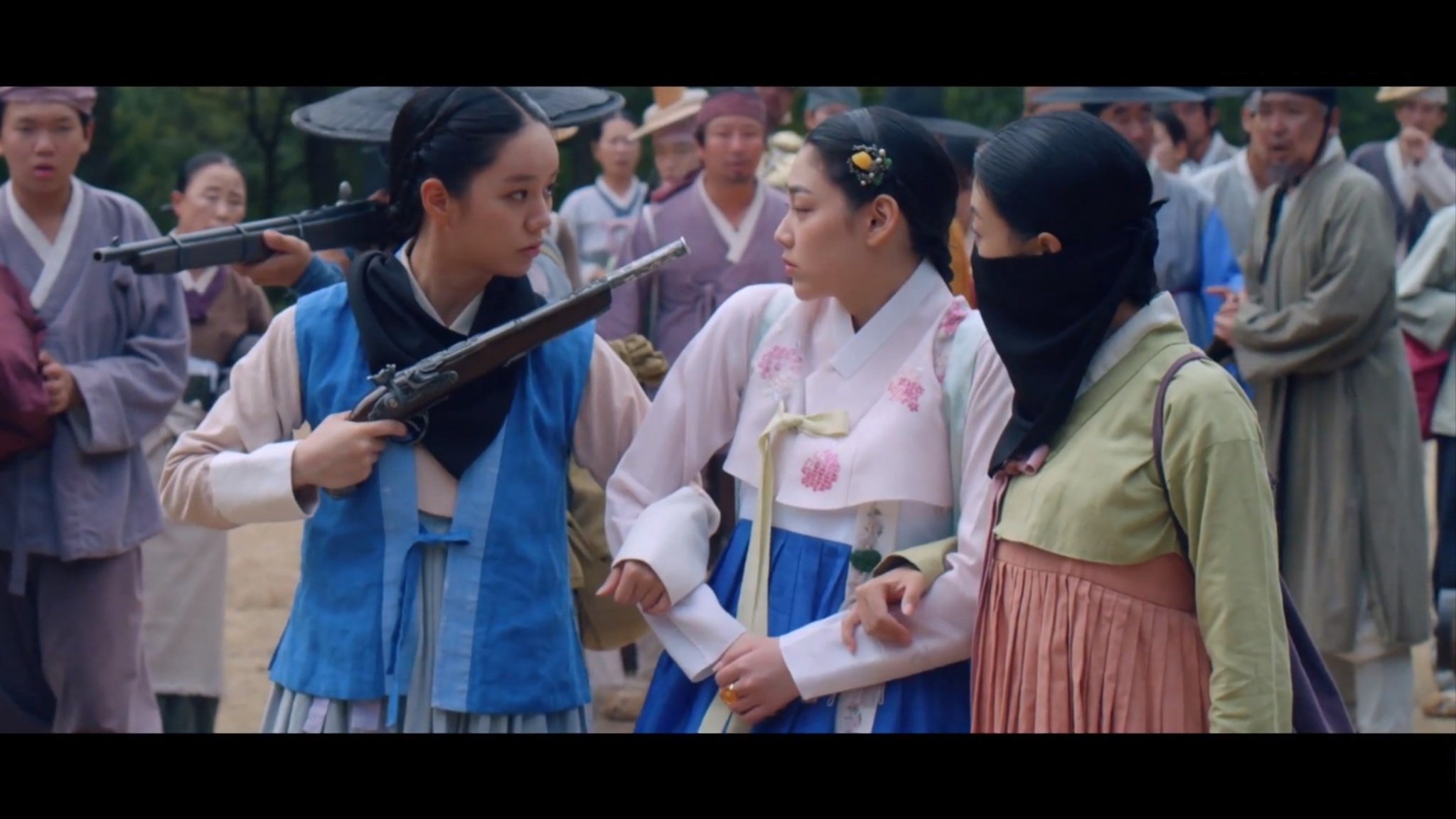 While Young played dead, Ro-seo and Pyo separately came to terms with his demise, and I’ve got to say, I think Pyo was more affected by Young’s death than Ro-seo. To be fair to Ro-seo, though, she clung to her denial and hoped that the rumors were incorrect, so she never really let herself grieve until she saw Young’s casket and accepted his death as the truth. Also, a lot of emotions she should have been conveying were undercut by the writer’s decision to insert some poorly timed comedy. As much as I loved the scene where Ro-seo fake kidnapped Ae-jin, it really undermined the idea that Ro-seo was mourning the death of her lover and desperate to get back inside the capital.

Pyo, on the other hand, saw the cadaver’s body and had “confirmation” of Young’s demise a lot earlier than Ro-seo, so he had time to move through — and display — more stages of grief. Young’s murder — on top of Ro-seo being accused of all Merchant Shim’s dirty deeds — made Pyo feel useless and trapped in the cage his uncle built for him. His frustration was palpable, and I was legitimately moved by his conversation with his mother, who tried to take care of him the only way she knew how — by grilling some meat and trying to feed him. 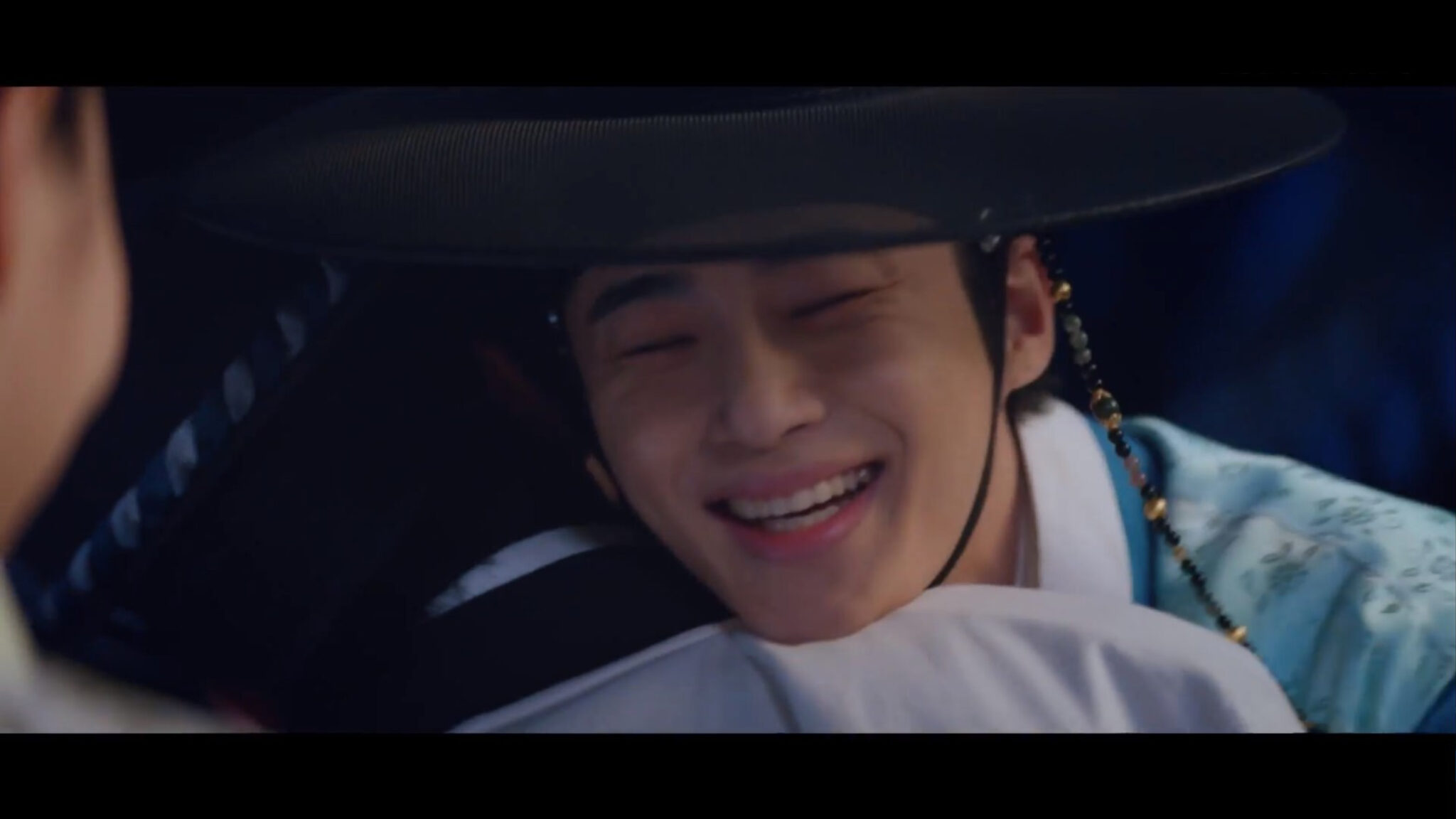 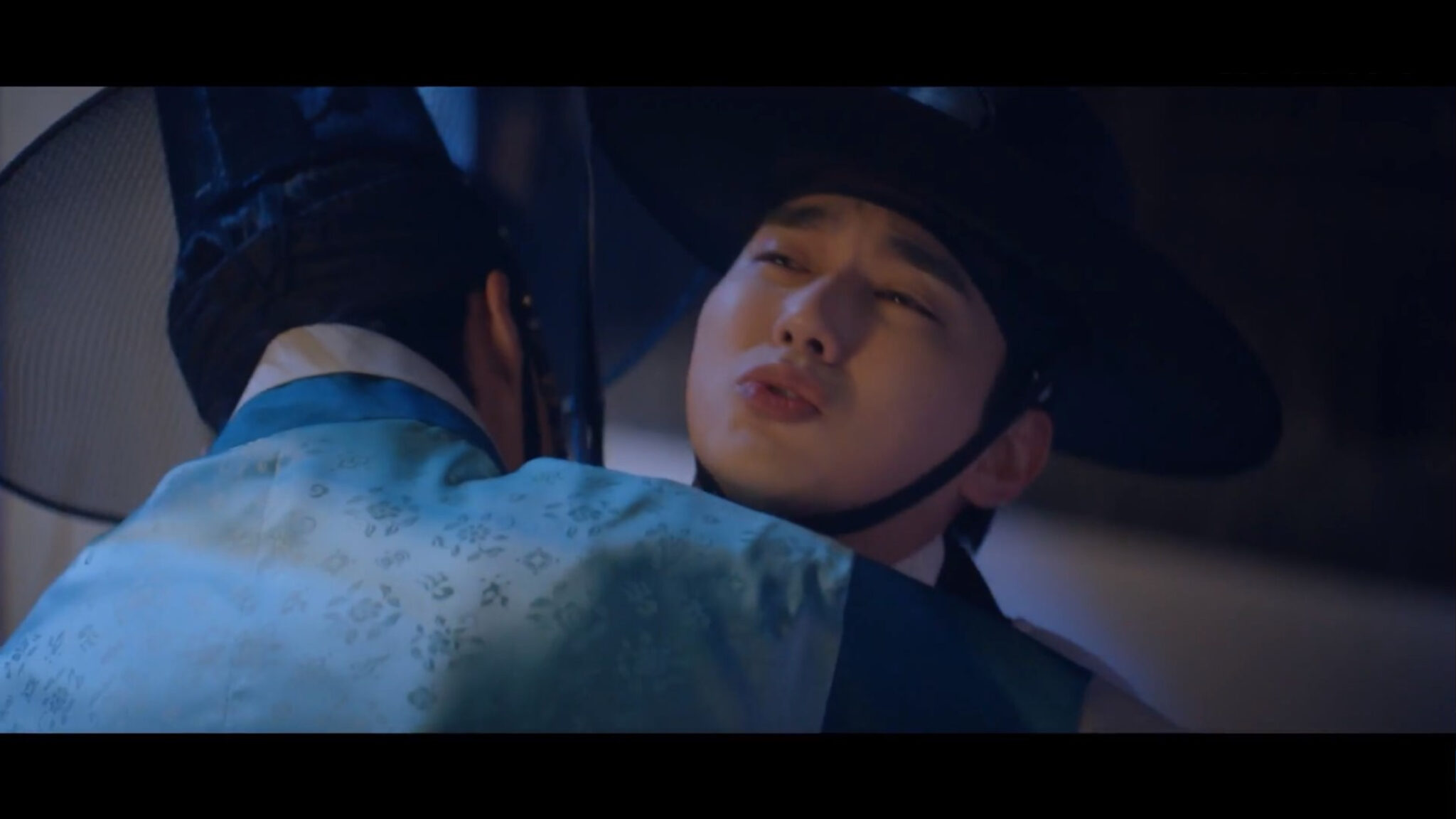 Young decides to capitalize on this fake death and use his funeral to draw out Merchant Shim, who will attend in order to locate Ro-seo. I was pleasantly entertained as all the pieces of the heist-like plan were unveiled, but then I groaned aloud when Merchant Shim evaded capture once again. At least Dae-mo shot him before he got away. That’s progress, I guess.

Our lovers are reunited, and Ro-seo allows herself a few more tears before she beats Young up for making her believe he was dead. As touching as the moment is, though, I’m more affected by Pyo’s initial reaction when he realizes Young is alive and well. His relief is subtle but striking.

Of course, Pyo can’t reunite with Young and not pull his metaphorical pigtails, so as soon as he gets the opening, Pyo rushes to hug Ro-seo. A jealous Young intervenes, and after a few more joking attempts to hug Ro-seo, Pyo gives in to his true desire and embraces Young. Young objects — he’s still injured — but Pyo is too happy to have his friend back to let go. Dawwww. 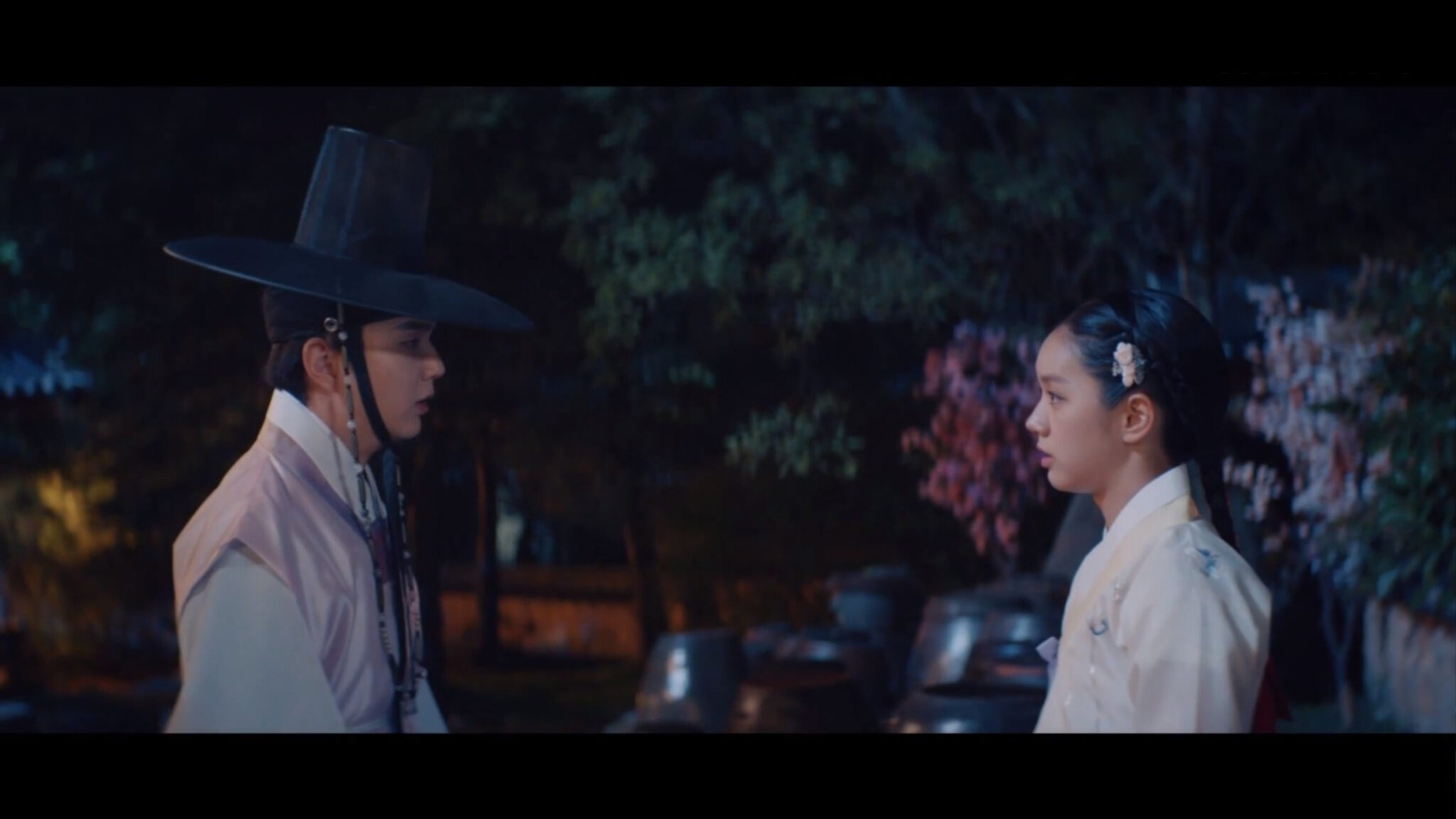 While Pyo and Young’s bromance is stronger than ever, a chasm is forming between Young and Ro-seo. After Young dramatically returned from the dead and shocked the members of the Royal Court, he identified Merchant Shim as his attacker and the real person behind the bootlegging business. Unfortunately, because Ro-seo fake kidnapped Ae-jin as part of her plan to get back into the capital, she’s still a wanted criminal, and Young has placed her on house arrest until he can clear her name.

To make matters worse, Young is avoiding her because — frankly — he’s an idiot. Now that he’s remembered the night Ro-seo’s father KANG HO-YEON (Lee Sung-wook) died, he’s feeling guilty and can’t seem to face her. He wrongfully assumes it’s in her best interest that she finds out the truth later, after everything has been resolved.

You’d think by now he’d have learned that Ro-seo is not a woman who wants a man — or anyone, really — making her decisions for her. She’s proven time and again that she’s strong, level-headed, and resourceful, so it’s quite annoying that he feels this overwhelming need to protect her from the past. He could benefit from having her and her friends help him expose Shi-heum’s plot to amass his own army with the Prohibition Bureau, and she deserves to have a hand in catching her father’s killer. 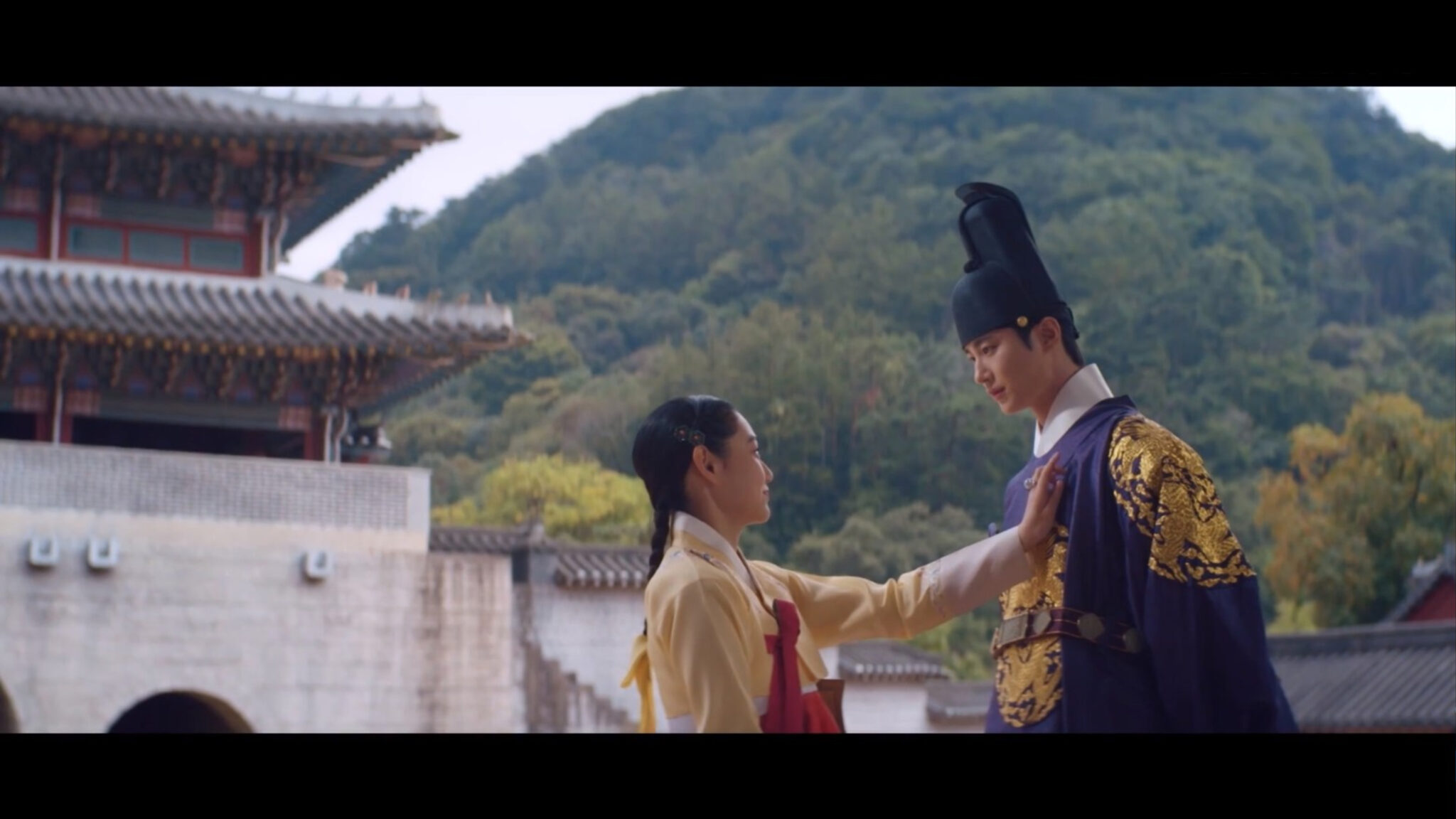 As our OTP hits a completely unnecessary speed bump in their relationship, Pyo must deal with the headache that is the selection process for his future wife. Ae-jin, who found out Pyo is the crown prince, happily agrees to take part, and it’s clear her spunky and naively headstrong personality are growing on him. He may grumble that she likely lost points for talking too much, but we all know that he was impressed when she defended his mother from the other royal consorts who took another jab at her low-born status. She’s going to make good on her claim to steal his heart, and I honestly want to see her succeed.

The scene with the selection process was also intriguing because we got to see more of Yeon, the queen, who has not been getting enough screen time. Although the king assumes Yeon’s alliances are with her grandfather, she’s subtly shown her support lies elsewhere. She’s a bit of a mystery, like Woon-shim, but I think we’re about to start seeing more of her. Was it Yeon’s palanquin that Ro-seo hid inside? I certainly hope so. 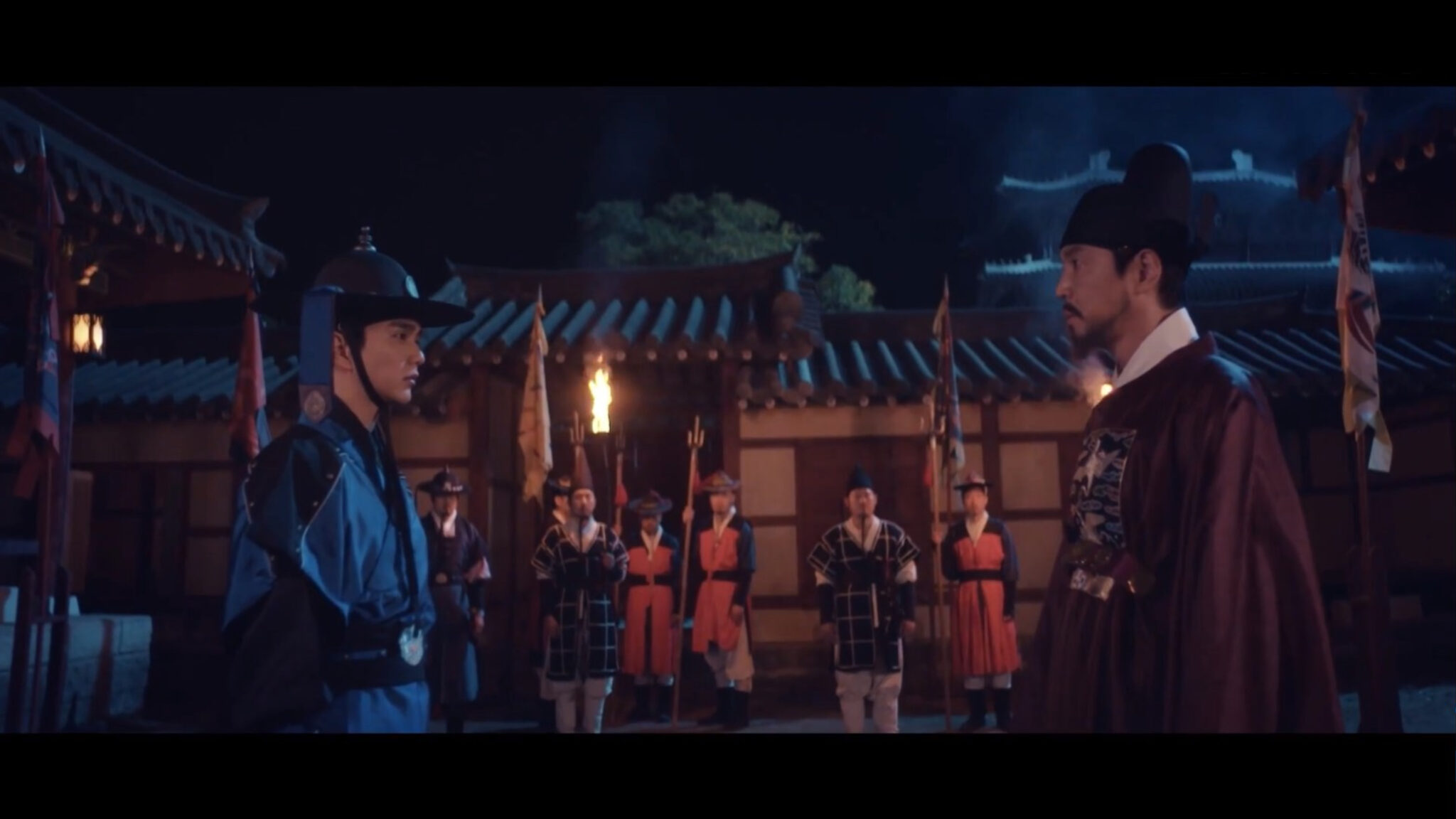 Moonshine is the drama that makes me appreciate how long we have come in kdrama world that we can actually see some of the most strong female characters.
all ladies in the show are strong (some with their intellect some with their strength and some with their presence of mind) i love adore Ro Seo, Ae Jin, Woo Shim and Ro Seo's friend... its like this show is more abt Females that their male counterpart aka our male leads.

But yes YSH cant be anymore softie and delicate as he is like perfect match for "always ready to bite" RoSeo...

I hve to agree. NY was so wrong in not revealing the truth to RS sooner.. its going to hurt her more if she gets to know it from other source (which she had already) found and i am not seeing her backing off until find answers).. but i am sure that she wont leave NY midway cause she is one strong girl and can fight all misunderstandings.

Highlight point.. RS and LP's talk over wine as to how he read her as another human being carving for alcohol and not tagging her with labels... they are great sul chingu for sure.

Thnks for the weecap...

Thank you, @daebakgrits, for the recap! I really love these 2 episodes. They showed Hyeri's maturity in acting. She didn't shriek-cry like she did in her other dramas. YSH is doing a good job of being the self-righteous inspector. And I love the bromance between the prince and Nam Young!

Yeah for the intelligent women in this series!

I loved that Ae-jin spoke her mind to the Prince about how she will try to "steal" his heart, since he cannot see himself in love with her. I look forward to watching her work hard to capture his heart.

I also loved the scene when Ro-seo sweetly turns down the Prince's offer to enter the palace--she is honest that she appreciates his friendship, but doesn't not feel romantically drawn to him. What a refreshing scene--usually the FL never seems to catch on that the 2nd lead loves her so he goes on most of the drama trying to get her interest.

I don't mind the comedy in this drama, although I agree it seems to be inserted in at the oddest moments.

cheers to intelligent and self reliant women.. i love them all...
lol yeah Ro Seo and Prince's talk was so sweet innocent yet proved how good she is in reading situation and making thigs clear...
comedy at oddest moment makes it more fun for me.. cause its so unexpectable and manages to crack me up when i least imagined i would...
in short i love this drama sooo much

I can't believe NY has the audacity to ask Roe to sit idly,woww I mean how on earth are you gonna things get done without her, have you completed any task with your so-called principles till now. Though he doesn't achieve anything I like his confidence when he said will ask the king to lift the alcohol ban so that you will not remain a criminal lol. The FLs are the backbone of the drama but not impressed by ML.