Yoo Seung-ho and Hyeri’s love is tested in new promos for When Flowers Bloom, I Think of the Moon

A slew of new promos featuring the main cast have been released for KBS’s upcoming sageuk When Flowers Bloom, I Think of the Moon.

In this action-romance story, the upstanding government inspector Yoo Seung-ho (Memorist) has his hands full trying to enforce the king’s strict alcohol prohibition laws. Although he passed his examinations with flying colors, he’s a country bumpkin with no connections in the big city, and he doesn’t come from a prestigious family. However, he’s confident in his own abilities and puts his nose to the grind in order to rise in rank and prominence.

One of Yoo’s biggest stumbling blocks is Hyeri (My Roommate Is a Gumiho). Although she was born into a yangban family, both her parents died when she was young and she shoulders the responsibility of being the breadwinner for her household. In order to make a better life for herself, she puts all her efforts into running her brewery and making money – even if it means breaking the law.

In contrast, fellow yangban daughter Kang Mina (Hotel del Luna) grew up in a comfortable environment and enjoys the privileges of wealth. Having been sheltered for most of her life, though, she is anxious to spread her wings and become an adult in the real world.

Last but not least, we have the crown prince, played by Byun Woo-seok (Record of Youth). Feeling oppressed by the rules of the palace and the rumors that circulate about him, he likes to sneak out at every opportunity. Outside the palace walls, he enjoys the freedom of no one knowing who he is, and relishes the simple pleasures of life, like just having a good time over drinks.

The new teaser focuses on Yoo Seung-ho and Hyeri’s romance, and it opens with the two hiding in a closet. Hyeri covers Yoo’s mouth to quiet him and a shocked Yoo asks, “Who are you? Why do you look so familiar?” He recalls running into a masked Hyeri and trying to remove her mask. Hyeri replies, “Don’t try to know who I am. I’ll just be a hindrance to you,” and she walks away from him in tears. The appearing captions explain, “The dangerous meeting of a government inspector and an alcohol brewer.”

In the following sequence of shots, we see the two continue to encounter each other again in a variety of situations. A bloodied hand holds a sword, the two are chased through a bamboo forest, and Hyeri finds Yoo caught in a trap and hanging upside down. Upset, Yoo Seung-ho asks Hyeri, “Why are you trying to push me away?” Hyeri responds, “I did it because I’m scared.” The teaser ends with the two asleep and holding hands.

Written by Kim Joo-hee and directed by PD Hwang In-hyuk (Doctor Prisoner), When Flowers Bloom, I Think of the Moon premieres on December 20. 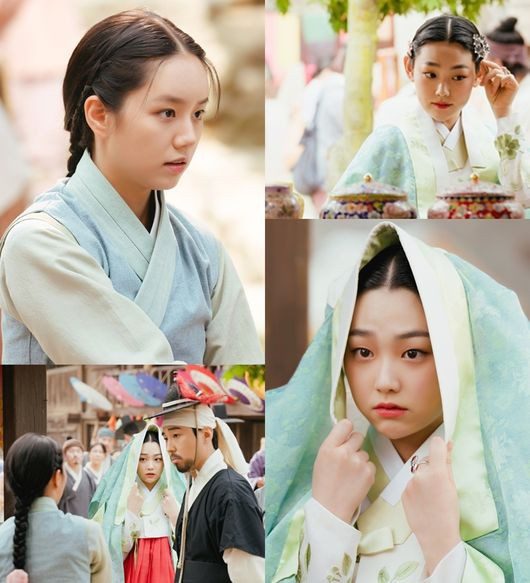 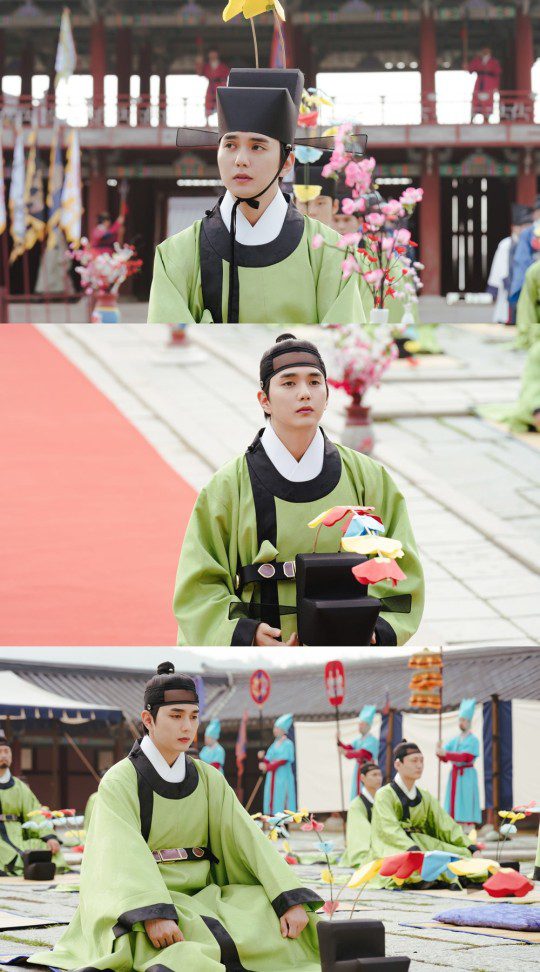 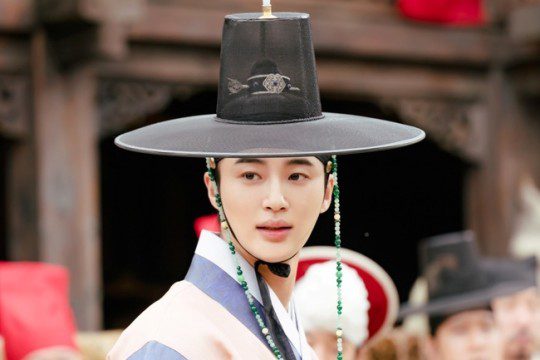 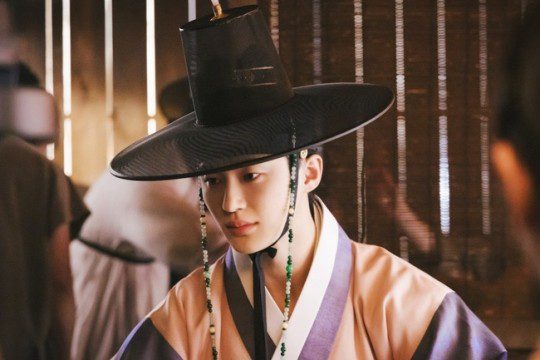 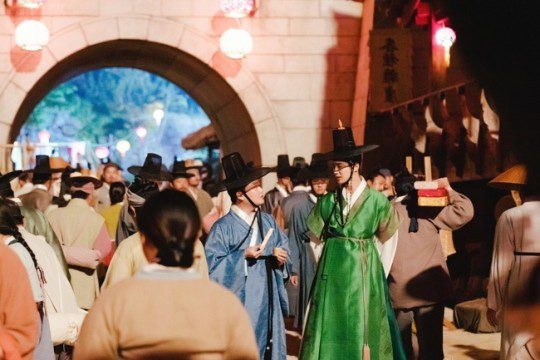 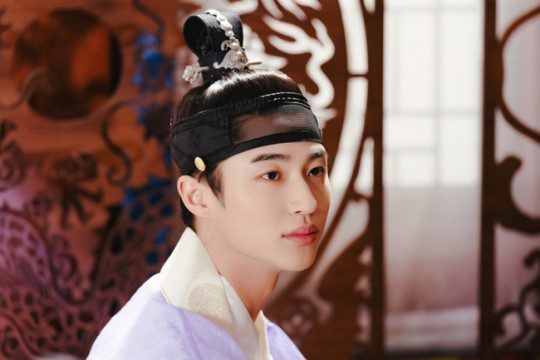 When I first heard of this, I thought "no frickin' way" because it sounded like wacky farce, especially with the casting of the two leads, but although the class/wealth conflicts are tried and true tropes, the more melodramatic edge makes me think more favorably.

I am hesitant about this, but wi try.

I hope that the writers do not go for too much melodrama in this story- the premise is a comedic one and it could do well that way. This is not the stuff from which one makes a serious Sageuk.

A farce would provide wonderful opportunities for social commentary, it seems to me.

True farces are actually rare. But you are right- they can offer commentary in a way that even a satire or parody cannot.

I love love Hyeri as Sung Dukseon in Reply 1988 but I cannot watch/finish any of her projects after. I am not sure if I can see this either.

I have to say, she was great in My Roomate is a Gumiho. I didn’t think she had it in her but I was very wrong.

Yeah, maybe she can make some modern dramas work with the writer, but her in a sageuk...uh yeah. Gonna wait for reviews first. Even some acclaimed actors have gotten criticized for their sageuk performances.

Duh! Of course she looks familiar because you two are childhood first loves, what else could it be? (No? Really? Who wants to bet?)

Byun Woo-seok? WOW! That guy looks like SHINee's TAEMIN in that 4th picture of him.

The plot seems to be very precise and short I mean there is nothing to stretch or expand, just wondering how they are gonna keep us engaged for 16 episodes. I hope it'll not become monotonous. Still, I'm equally excited. Hwiting..

Really enjoying all the sageuks...my favorite genre along with family dramas. Fusion safeuks are the best!

9 parkchuna is still an Errant 🫘