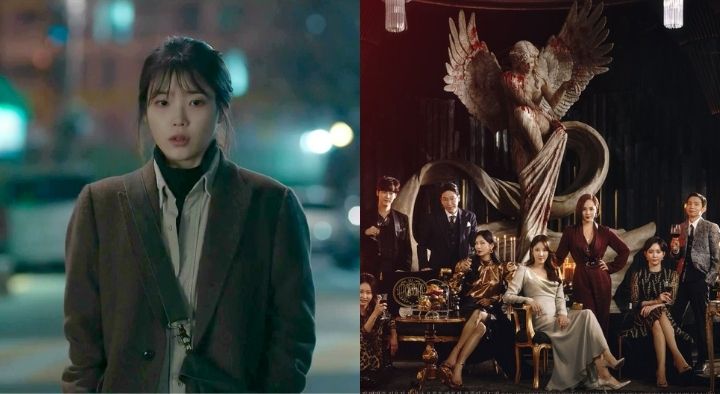 It’s time for another round of Drama Mashup! Inspired by the famed mutant baby drama synopsis that’s a part of our Staff Spotlight series, now it’s your turn to hatch a mutant drama.

But first, here are some of our favorites from the last Drama Mashup round: Vincenzo + Boys Before Flowers:

After being betrayed by his family, Vincenzo travels abroad to attend a prestigious university in Korea run by four girls known as The Mob 4. Known for their wealth and beauty, these stylish punks encourage their classmates to torment any student who challenges their authority or unrivaled hotness. To his annoyance, Vincenzo soon becomes “the chosen one” after pointing out that their little red-card game is illegal, and they should all be in prison. Unaware that he was quite the little mobster himself back in Italy, an intense battle of wills commences, and an even grander love story unfolds, as Jan-di, the head of the Mob 4, falls for his roguish charms after he dangles her out of the school’s three-story window!
–@ajewell

A son of Italian Mafia by his Korean Mistress, Vincenzo Jun-pyo Cassano had to transfer to a Korean high school due to familial problem where he met a group of school richest but weak who mistook him as a chaebol foreigner. Together they took over the school and fought the school bullies who happens to target on poor kids, one named Hong Jan-di whose father is a pro bono lawyer and attended the school on scholarship who Vincenzo and his 3 friend’s happens to like. One day Vincenzo witnessed a hit and run case involving Hong Jan-di’s father and one of Vincenzo’s friend who turns out to be evil and they both fought to protect each other. –@immawish

Vincenzo Cassano arrives in Korea looking for his gold, which is buried underneath a school basement. This is also where F4 hangs out and watches mafia movies. They start a Vincenzo fan club, while Vincenzo and his sidekick Inzaghi plot to empty the school so they can blow it up. One day Inzaghi flies into Geum Jan-di, who drops her ice cream on Gu Jun-pyo’s feet. Gu Jun-pyo is smitten. His mother repeatedly tries to break up the pair and ends up crossing paths with Vincenzo. He vows to feed her super spicy kimchi if she hurts any of his fans… –@wishfultoki

And now for your prompt:

The sorrowful My Ajusshi and makjang extravaganza Penthouse have an unholy alliance and produce a mutant baby drama. Describe the plot.

Yay! Mine got featured, thank you so much. ≧◠‿◠≦

I really love this game, so it's a shame more people don't seem interested in playing. Surprisingly, I haven't seen Penthouse and can hardly remember My Ajusshi, so I'll refrain this time around, but I look forward to seeing any entries that do come in!!

I have not watched these dramas as well. I thought of reading synopsis and whip something up but I plan to watch My Ahjusshi. I don't want any spoilers or reviews that will color my opinion about the drama.

Congratulations on being picked! I was also sad nobody wrote anything this time round. But I'm one of those who haven't seen Penthouse so I guess I can understand the lack of ideas from others!

I have not watched both either.

So, how many beanies actually watched both? I could not make it to the end of Penthouse 3.

Beanies, can we get a count? Just leave a reply if you’ve watched both.

The Mash Up idea is great but this time I think we have discovered a fundamental principle for this game: It requires two dramas which have both been seen by a large enough group of people. I am not sure how to determine this exactly, but my son (the Industrial Engineer) would probably put together a program to see how many beanies had posted comments to both shows- sorting through them pair by pair. Pairs with high match rates could then be looked at to see if they were an interesting combination. Many would not- they would be of similar kinds and so uninteresting. But I bet there would be a few surprises too.