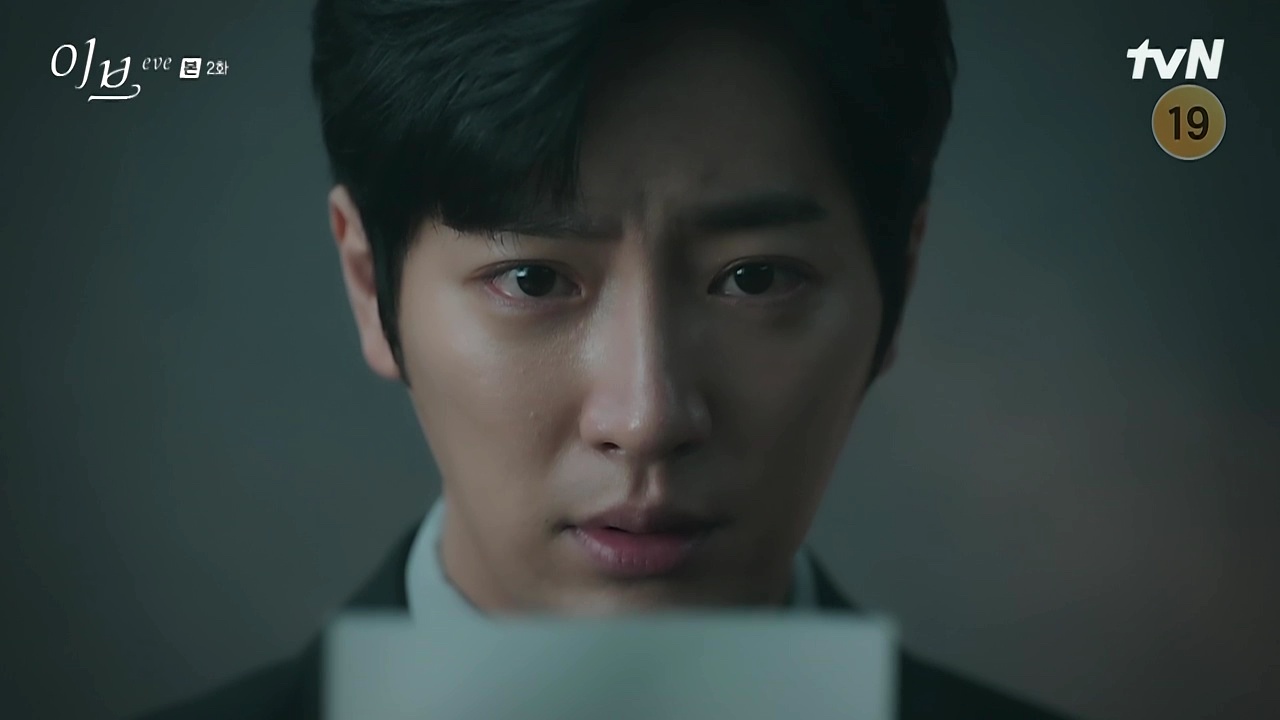 Although it gives us a little bit more backstory, the second episode of Eve continues pretty much like the first: seduction, corruption, and some great tango music. At this point the tango music is all I’ve got keeping me going, because the execution ain’t doing it for me. 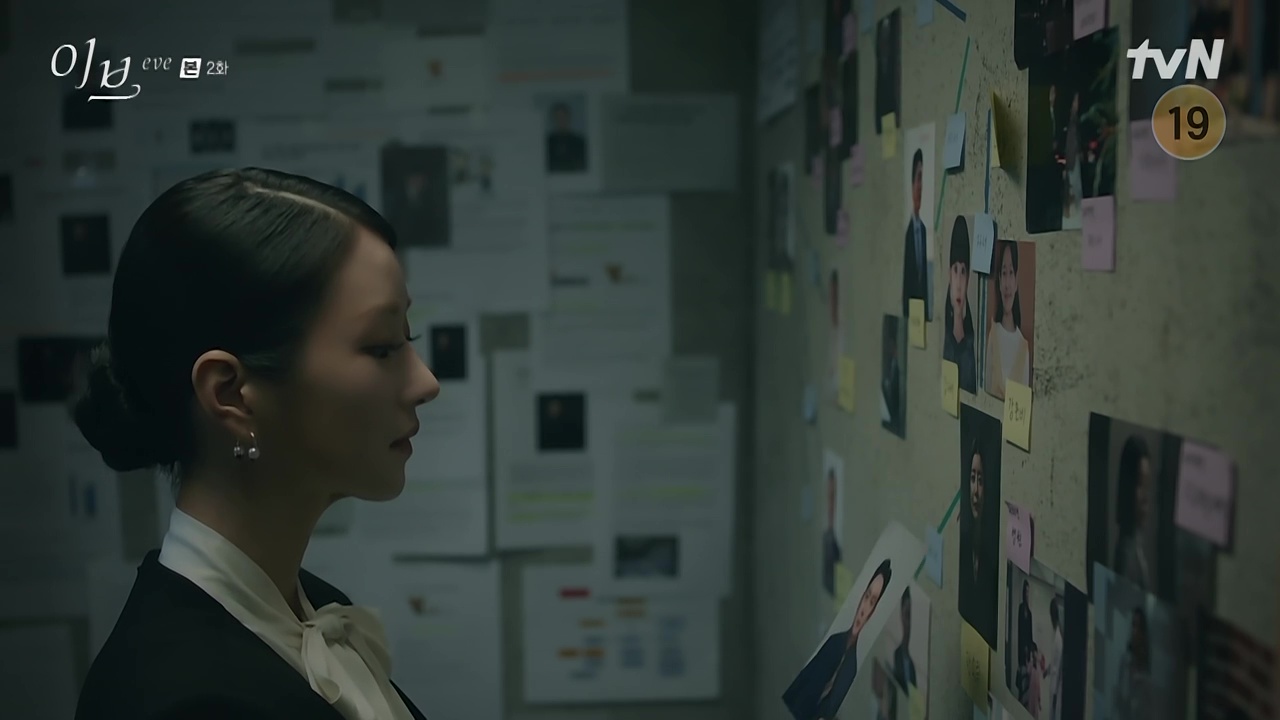 La-el’s seduction plan got set into motion in Episode 1, and in Episode 2 we see the effects. In other words, Yoon-kyum can’t stop thinking about her, and the various sexy and/or compromising positions he’s seen her in. Ugh, I wish this wasn’t all quite so seedy.

La-el has to get herself in Yoon-kyum’s path more for his desire to take over, so she ever so gently starts to get involved with his personal life by way of his daughter. For La-el, everything in her life — if it even is her life — seems only useful for her revenge. She plays a loving mother and devoted wife, but it all has an air of fakeness to it. 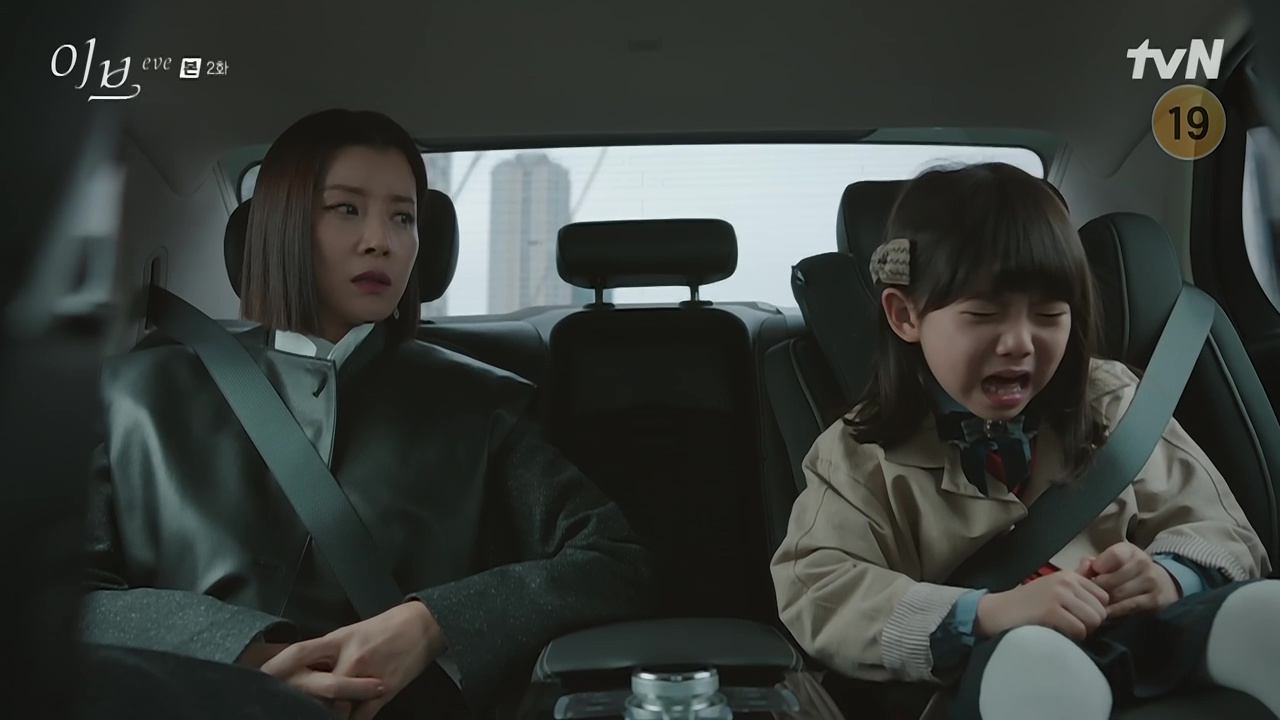 Yoon-kyum’s poor daughter KANG DA-BI isn’t yet toilet trained and it’s a big secret in their household — it’s super depressing that this little girl is already being negatively impacted by her terrible family. Yoon-kyum seems to be the only one that doesn’t treat her as a mere plaything.

La-el acts like she cares for Da-bi, and dotes on her as her new ballet teacher, but really what she does is a) find out about Da-bi’s diapers and oh-so-secretly cause it to be exposed, while simultaneously playing peacekeeper; and b) ingratiate herself to Yoon-kyum. 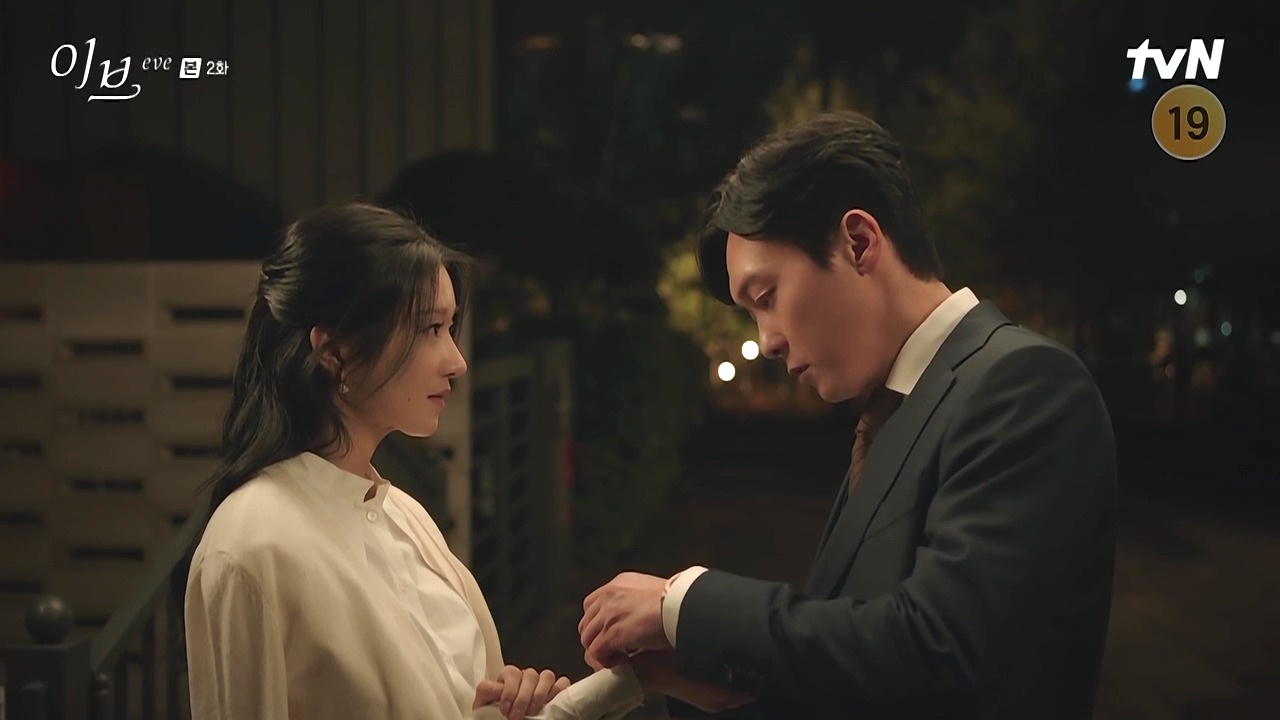 And Yoon-kyum hardly needs the encouragement. Da-bi needs to be picked up from the dance studio? No problem. Off he goes. Shouldn’t this guy know that acting out of character will only make his terrible wife — and the other terrible people around him — suspicious of his behaviors?

During one such daughter pickup, Yoon-kyum returns La-el’s lost bracelet, both parties conveniently forgetting the first time he tried to return it to her. This time he sees her “struggling” with the clasp, and puts it on her wrist. Touching her hand about drives him mad.

But he’s about to touch a lot more than that, because the next time he’s at the studio, the two start talking about tango, the bandoneon, and composer Astor Piazzolla (who’s truly amazing). La-el lays the passion on thick, and builds an emotional intimacy with Yoon-kyum, saying ridiculous things like the fact that he’s moved by Piazzolla’s music means he wants to “wake up from the oblivion” and that during the tango two people become one. And then she proceeds to show him when the briefly dance. This ain’t gonna take long. Shortest seduction in history. 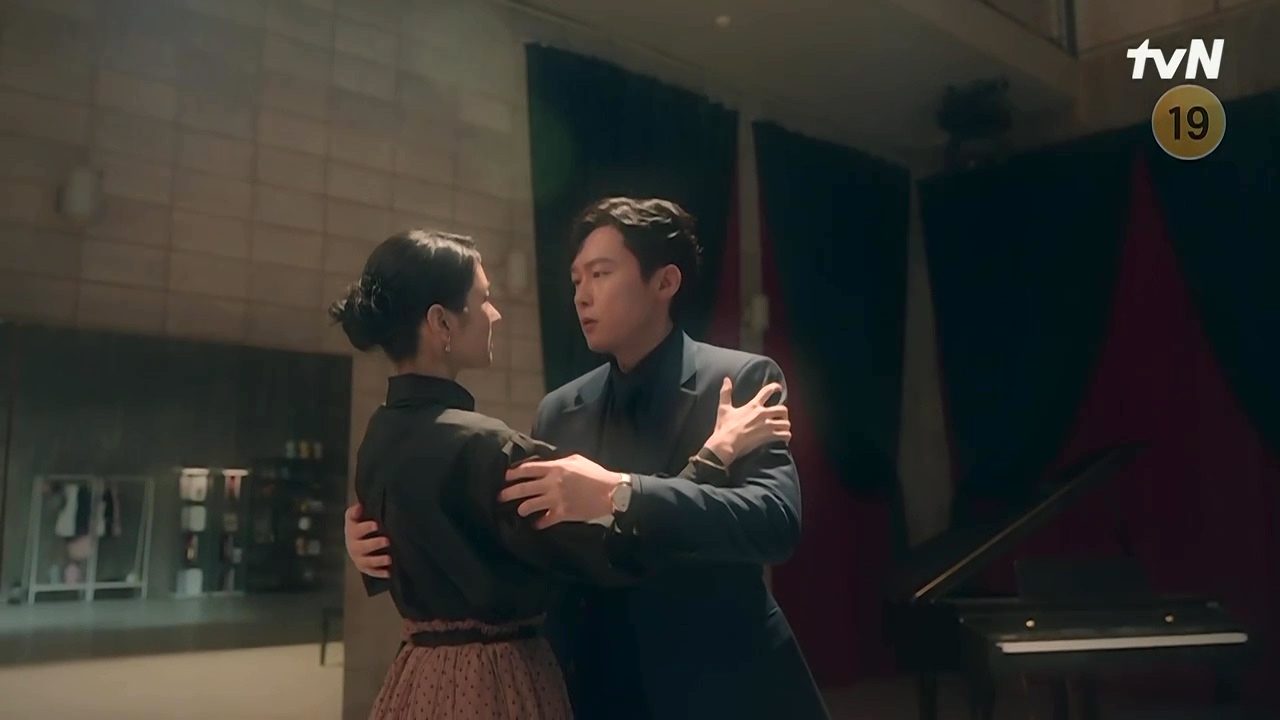 So-ra has another problem, though — she actually loves Yoon-kyum, but he’s been entirely uninterested in her existence for a few years now. She seems unhappy and unsatisfied in every way, so she takes it out on all the people around her, no matter who, because everyone is deemed beneath her. She also has a secretary of sorts that seems to attend to her every need — including her sexual needs. During these encounters he role-plays as her husband, and I don’t know if that’s more creepy or sad. 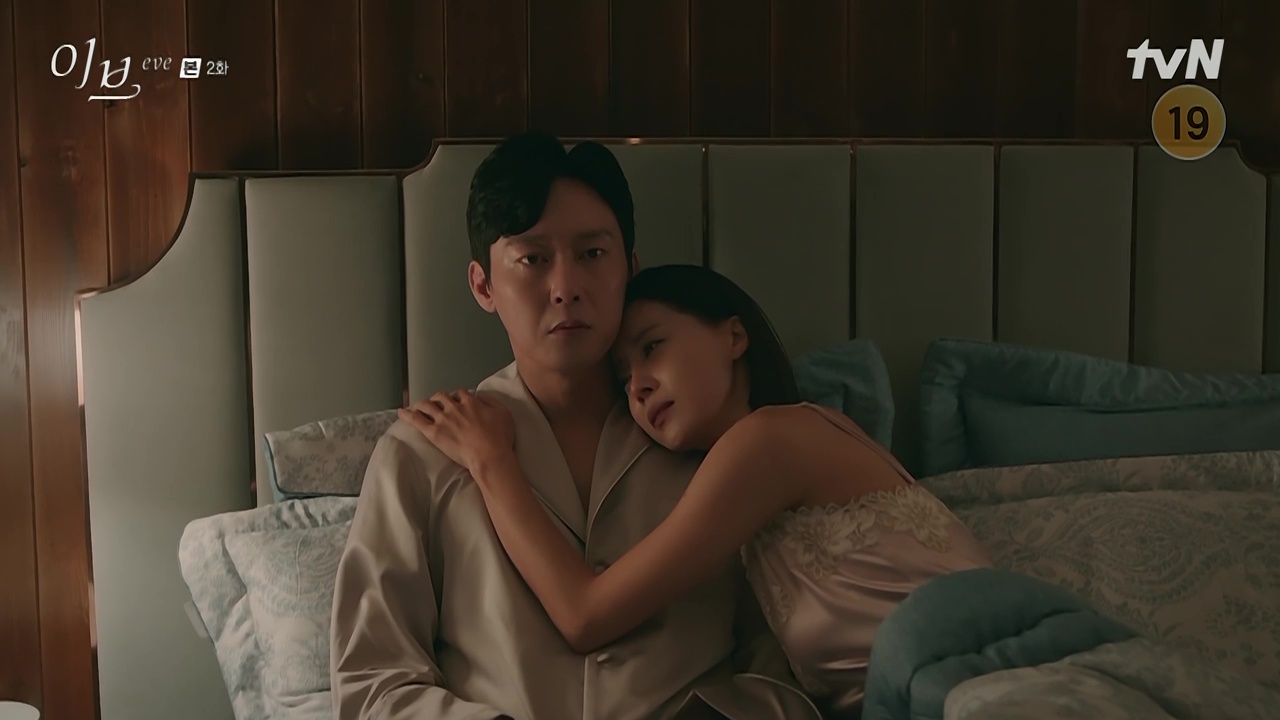 Eventually, though, So-ra gets what she wants: the passion of her husband. Except he’s not really seeking his wife, he’s venting his desire for La-el. This is all kinda gross, and a bit too much for me. Anyway, it doesn’t seem like Yoon-kyum is going to last long, as he’s already enraptured and blind-sided and smitten and utterly whipped by La-el.

In the mix of all these rather unlikable characters, finally there’s one that I can root for: Eun-pyeong. He’s now a successful assemblyman, but he’s still haunted by La-el’s case, and keeps trying to find her by way of her mother (Kim Jung-young).

Finally, Eun-pyeong and his aide KIM GYE-YOUNG (So Hee-jung, the “salty housekeeper” currently in Shooting Stars) find a strong lead, and even though La-el looks different 13 years later, Eun-pyeong is convinced it’s her. 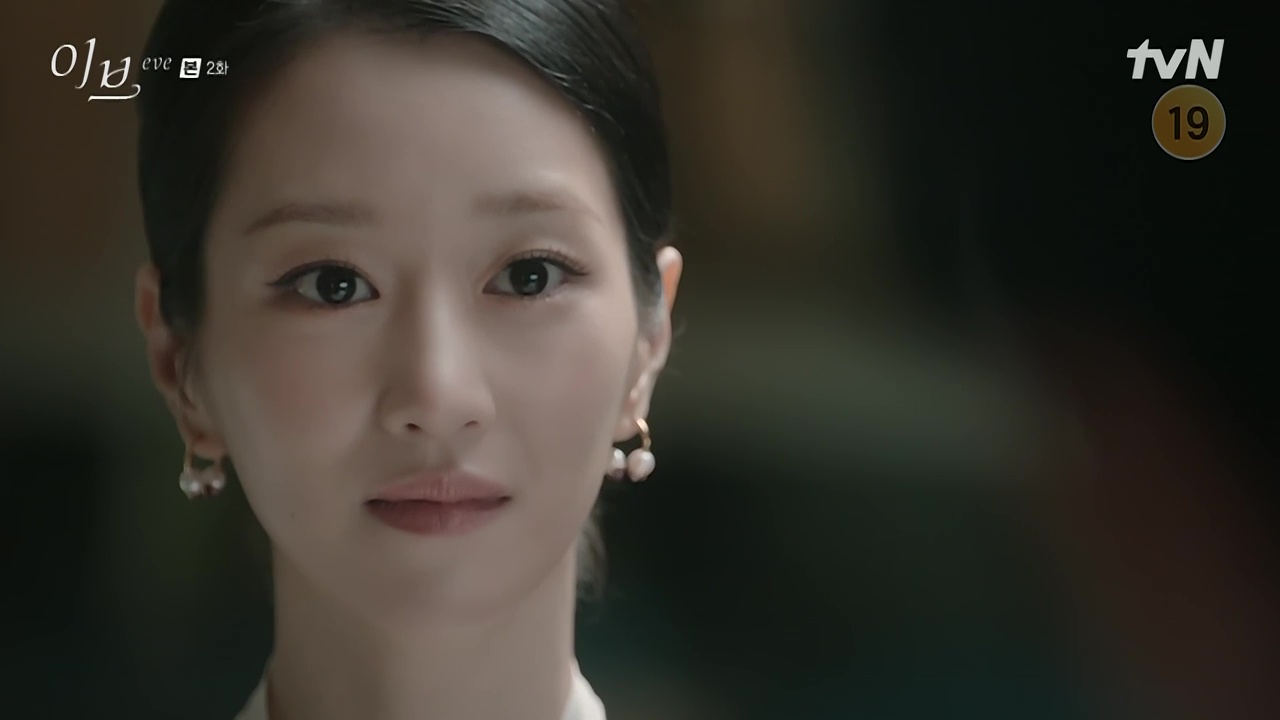 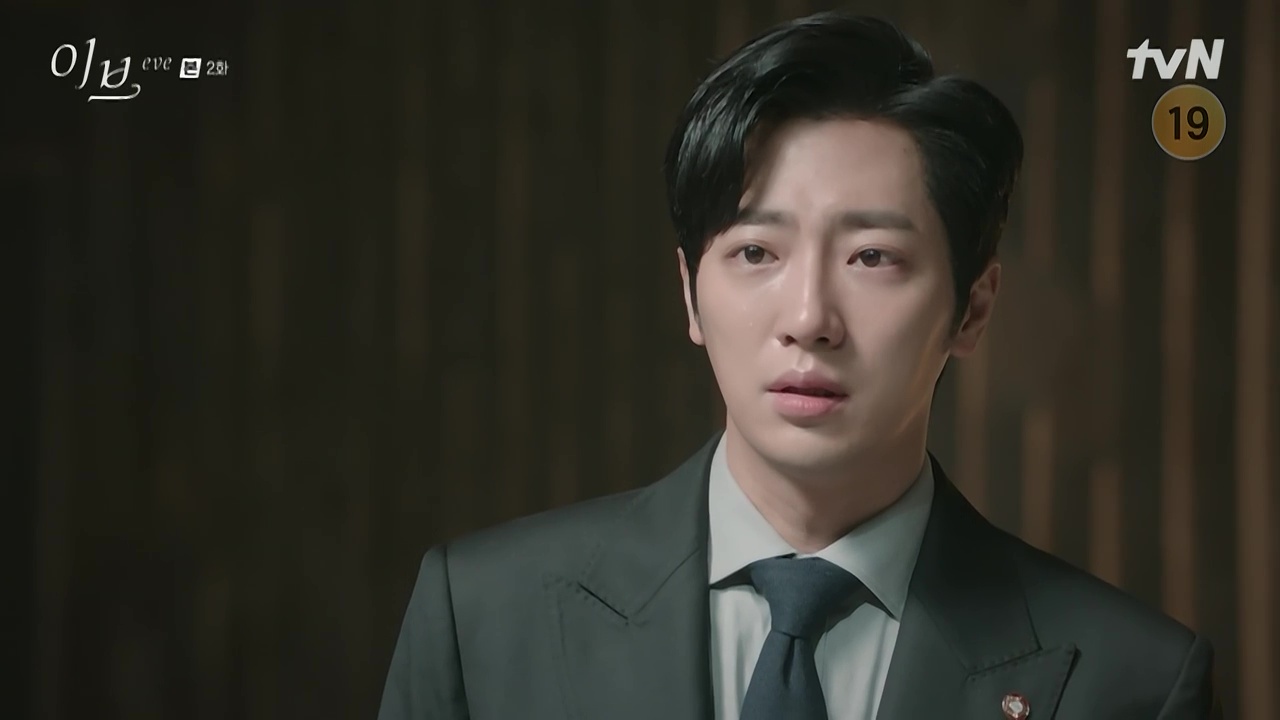 He’s so convinced — and wants to find out what happened to her and her mother after they left the country — that he heads over the dance studio, which is where so much of our action now occurs.

There’s a glimmer in La-el’s eyes, but she not only claims not to know who he is, but says she’s not La-el. Her name is Kim Sun-bin. He must have the wrong person. Eun-pyeong’s not sure he wants to believe her, but when her “mother” (Lee Il-hwa) comes into the room, it’s clear he’s got the wrong woman.

Of course, we know he’s got the right woman, she’s just hiding her identity — and a ton of other secrets, like a highly-surveilled house — in order to enact her revenge. The only question is, is the drama giving us enough storytelling depth that we care about this revenge plot? Or are we supposed to just tune in for the glamor, sex, and oncoming train wreck? 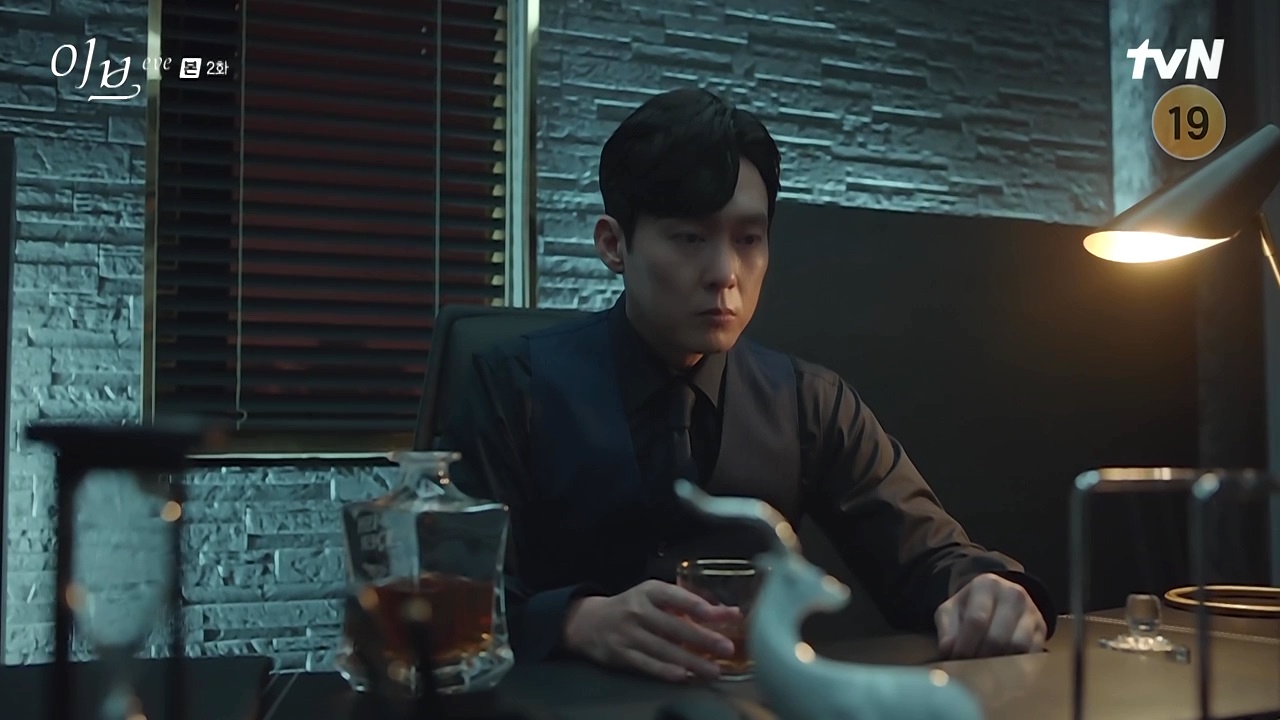 Definitely weird, but our non-heroine is so beautiful and there are so many plots-within-plots I'm going to keep watching. Also, I liked the FL so much in Its OK etc. and was greatly saddened by the vicious thumping she got over the publication of what should have been private texts to her boyfriend. I found a certain grim amusement at reading the ranting of highly moral citizens, who were nevertheless watching their dramas on illegal websites.............variations on the application of moral standards? So after all the criticism she received, I think it takes a lot of guts to take on the part of Eve (who CERTAINLY has unusual moral standards) and I do think she's a great actress. Someone acting someone who's acting a part and having her audience SEE that she's faking it takes a lot of skill, and whilst Eve is completely dislikable, she is also fascinating. I won't be watching with the mixture of horror, dismay and hysteria I experienced whilst watching the first Penthouse (and the last for me), but there's plenty of horror and dismay at the moment. But I'm looking forward to keeping watching. For the moment. ..... and MISS VICTRIX I'M A TOTAL FAN OF YOUR RECAPS, YOU ARE AMAZING!!!

Yoon Kyum really does look constipated. lol. I'm watching for SYJ, so it isn't that big of a deal, but this is kind of hilarious.

'Or are we supposed to just tune in for the glamor, sex, and oncoming train wreck?' @missvictrix, that hits all the right notes for me! I'll be back for more next week! 🤣

This is what is known as a guilty pleasure- and when the show is done right, I am all for it.

But so far, I am kind of agreeing with MissVictrix.

lol, i'm glad you're digging it!

I find myself still on the fence for this show- Tango music notwithstanding (and who doesn't love the Tango?).

It's especially great while cooking in the kitchen

Of course, that means you end up dancing seductively with a whole chicken.

I think it’s too early to form a solid opinion of the drama yet, though I enjoyed the series and the episode passed faster than I thought,
I am sure the revenge won’t be as easy or simple

To seduce a man you’ve watching for years should not be so hard, especially if you know all his weak points

name of the song of Astor Piazolla?????
I have looked for it everywhere, and nothing!!! help! :(