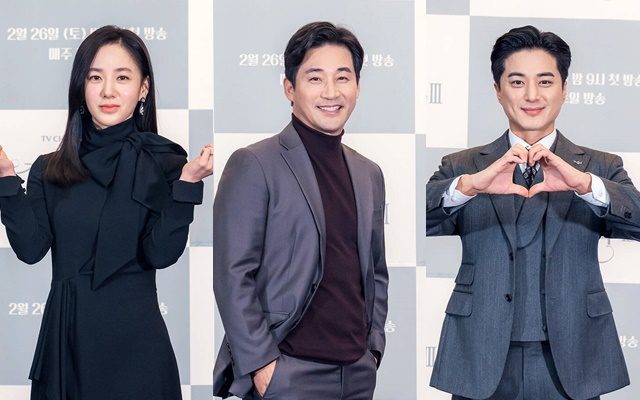 After providing us with years of birth secrets and tangled love affairs, Im Sung-han (Love ft. Marriage and Divorce), makjang extraordinaire and writer of the legendary Princess Aurora herself, is back with another project to bless our screens — this time with the director Shin Woo-Chul (Melting Me Softly) behind the camera. The drama is described as a time travel melodrama, and the title alone promises wacky times for everyone involved: Durian Fairy (apparently a working title).

Even the behind-the-scenes PR rollout has played out like a twisty makjang episode — with the press initially describing it as a romance between a mother and daughter-in-law (yikes) and then Im Sung-han giving a statement that that’s definitely not the case. Of course, with all the hullaballoo, what do we end up learning about the plot? Virtually nothing as of now.

With all the overlap between the two shows, I’m surprised this isn’t considered as a spinoff or pseudo-reboot of sorts, but if you were a fan and devastated at the way Love ended, this might be just the thing that brings you closure… or sends you spiralling down another hair-pulling journey. Either way, it’s guaranteed to be an entertaining ride.

Inviting beanies to read the 2 last posts on the Related Posts list. You won't regret it.

No, I just love Javabeans' humourous writing style and this was a nostalgic re-read for me.

Park Joo-mi deserves better. I liked her a lot in Love ft. Marriage and Divorce. The other two were not so good.

I said same about Season 3. I know where what I ended up doing😂

Why does this writer keep getting producers for her show? An amateur writer's story will be far better than the clown show she keeps scribbling.

An amateur writer's story will not get the ratings that her clown shows get.

Durian is the name of the female lead (like "Doo Ri-an") as Lim Sung-han has an affinity for strange names. Honestly the initial blurb didn't faze me because Lim Sung-han's stories are already on "you've got to be kidding" territory, and she is a veteran in romances between legal family members 😏 Speaking of fairies, I assume this will also be heavily imbued with ghosts, spiritual possession and exorcism.

Oh thank goodness I saw the title and envisioned a whole plot where they time travel by way of eating mystical durians. Glad to know that's likely not the case haha!

I'd love to see Park Joo-mi and Jeon No-min again onscreen. Ji Youngsan did good as Dr Shin. But Phoebe, I'm not ready to meet her just yet. I'm still settling in from her makjang elements in Lft.M&D. I expect some great dialogues as she delivered in LftM&D though.

OK, so we have:
❌ The scriptwriter (and legendary personal and professional mess) from Princess Aurora
❌ The director from Melty
❌ A whiff of incest
❌ Possible durians

If this isn't a "run screaming" situation, there is no such thing. I hope the actors have a minimum-episode-count guarantee in their contracts so if their characters get killed off early, they still get paid.

I watched around .7 seasons of Love Ft. The problem was not that it was terrible. The problem was that I tuned in to watch how much more terrible it could get and there lies secret of writer's success.

I don't have any hope that it will be any good but will it be so bad it's good? Will my morbid curiosity win again? - I don't want to find out.