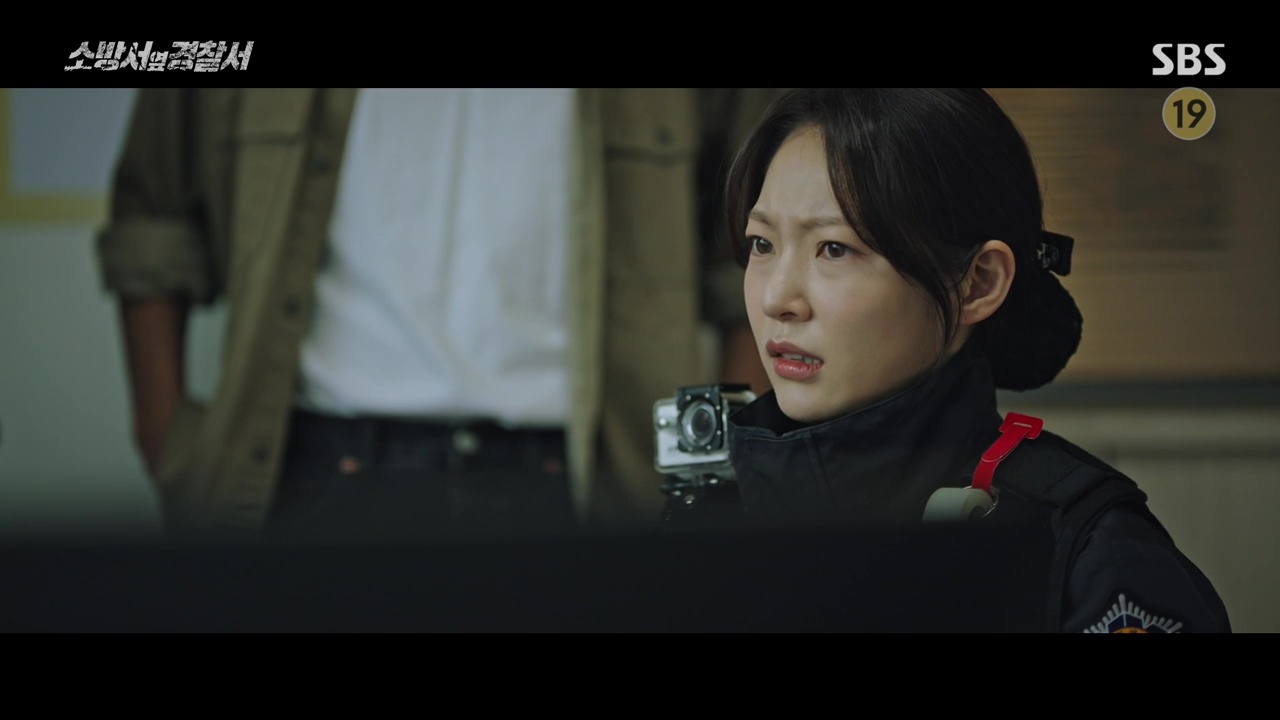 It’s another intense week as our response team handles a tough case involving a child that leaves them all reeling. In addition, our brash cop begins his own sting operation that goes awry. Thankfully, he’s got dedicated, competent colleagues ready to help. 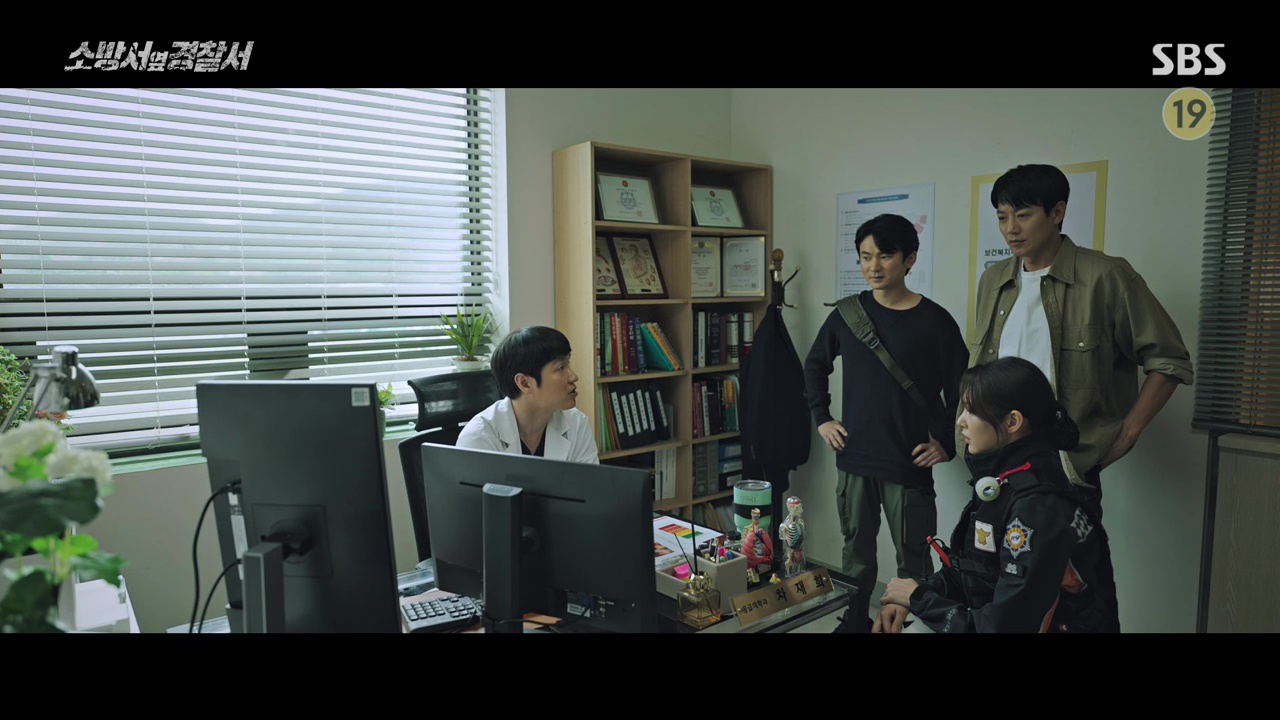 We jump right back into the hit-and-run case, and wow is it heavier than I expected. Fair warning, this case is rough, mostly because the victim is a child. Thankfully, the little girl Ye-seul is alive after being hit and flung onto the bus stop roof, although only just. Seol risks punishment for going beyond her role when she performs an emergency operation in the moving ambulance, but it saves little Ye-seul’s life.

Chief Baek is particularly riled – we learn later his daughter was the victim of a hit and run years ago – and leaves no stone unturned to find the vehicle. Once they manage to locate the driver, they find him attempting suicide in his car, wracked with guilt.

Then, things take a darker turn. Ye-seul’s medical scans show evidence of long-term abuse. Ho-gae does some digging and suspects the mother’s ex-boyfriend. She tells the police that the man was a con artist who ran off with her money after they started getting more serious. 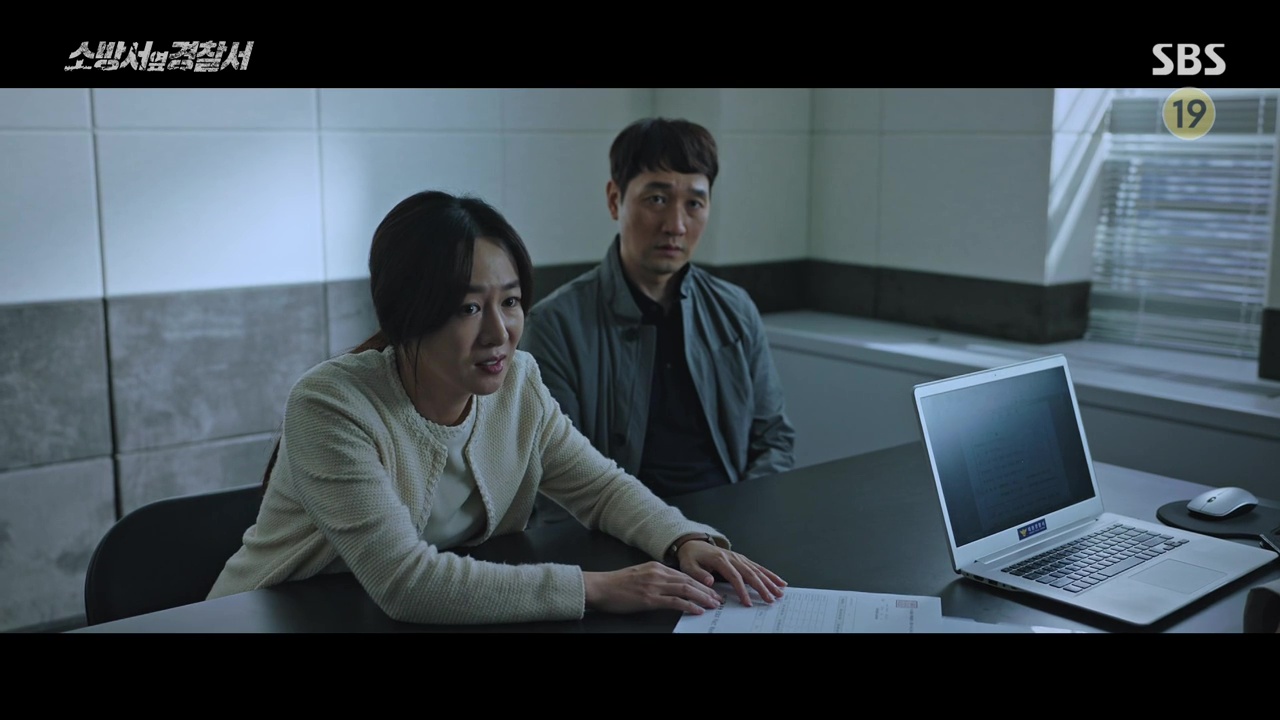 Ho-gae and the team find the man after tracking down his fake name and burner phone. And what do you know, it’s the hit-and-run driver. Even stranger is that the mother happened to see the driver when he was brought into the hospital after his suicide attempt and attacked him. But she didn’t say a word about knowing him.

Not only did the mom not mention knowing the assailant, but she also lied about how the accident happened. (My gut says this is a money-making scheme, but I so want to be wrong.) They find video evidence from a passing deliveryman that shows it wasn’t an accident at all – the couple worked together to intentionally hit the little girl.

In a sickening twist, the mom and her boyfriend have been injuring Ye-seul for years to collect insurance money. It’s horrifying and disgusting how they so carefully orchestrated the “accident,” trying to make her lose a foot to get a larger payout. 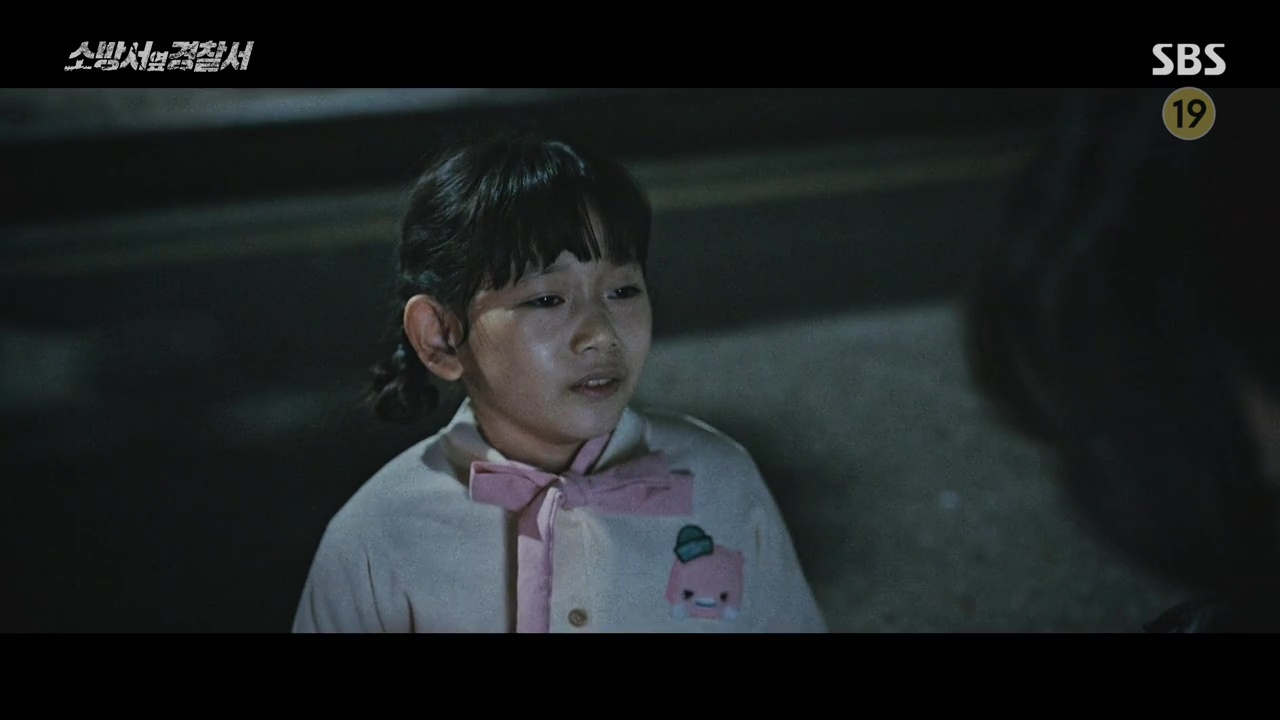 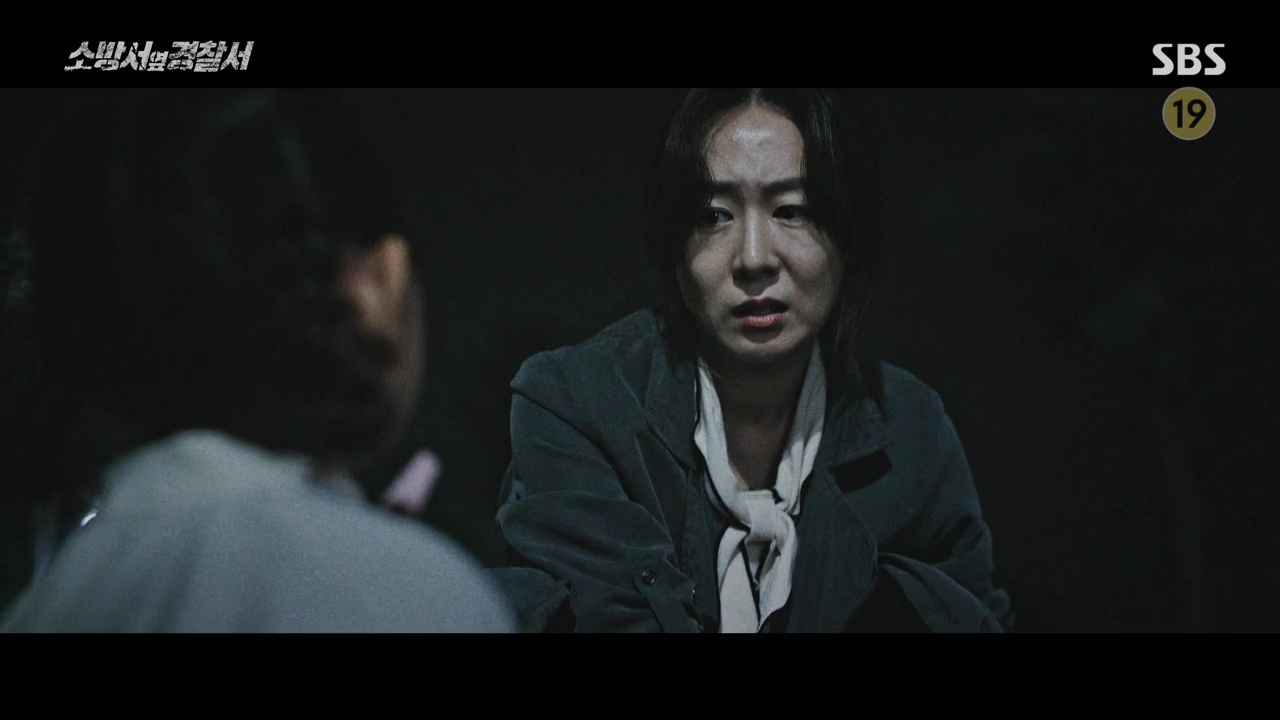 The truly heartbreaking part is that Ye-seul was so desperate to please her mom, she willingly participated in her own injury all these years. Watching her cry that she’ll “do better” after they failed to break her foot is gut wrenching. The reason this time led to such severe injuries is that Ye-seul was so eager to please, she ran toward the car when the boyfriend drove at her a second time.

This case made me SO angry and has been the most emotionally difficult case by far. Everything was so calculated – both the abuse and the coverup with the fake suicide attempt and the concerned mother act. Ye-seul means nothing more than her profit value to them.

Although there’s no possible happily-ever-after in a case like this, thankfully, Ye-seul wakes up without permanent brain injury. Ho-gae and the team arrest the appalling couple, and then Ho-gae kindly pays little Ye-seul’s medical bills. Seol is impressed, but Ho-gae thinks it’s only natural since he put her mom in prison. 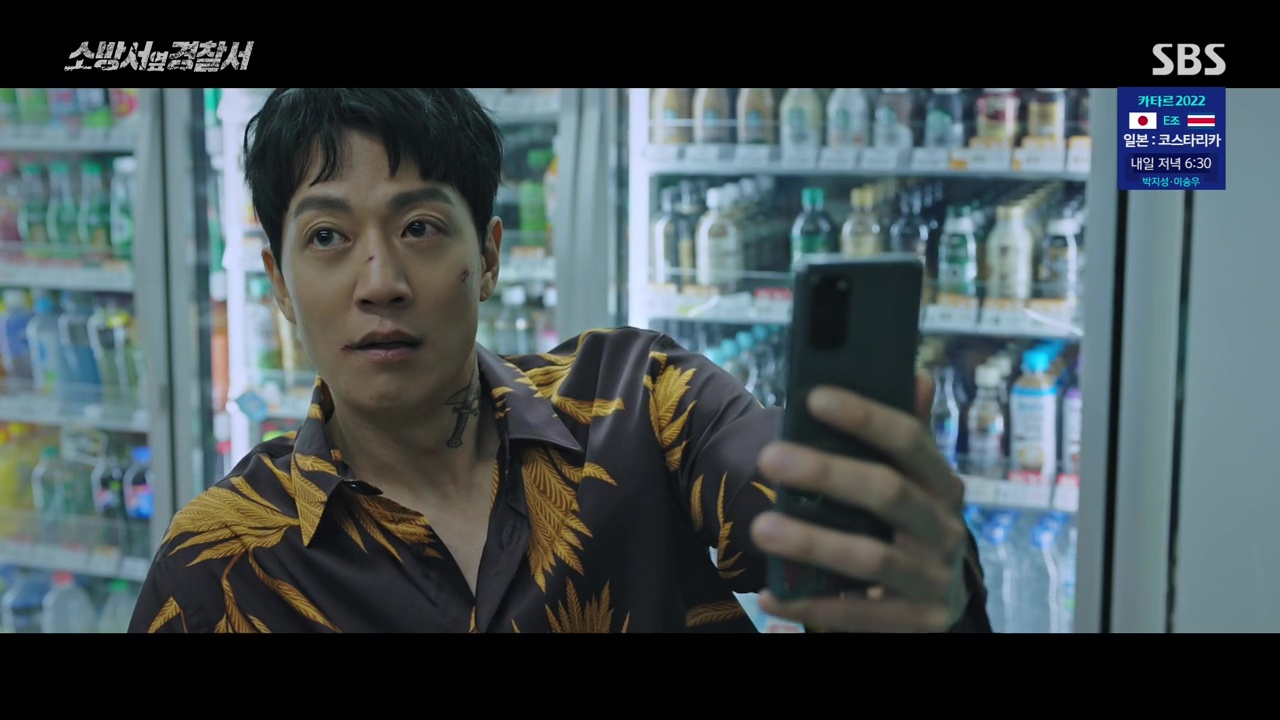 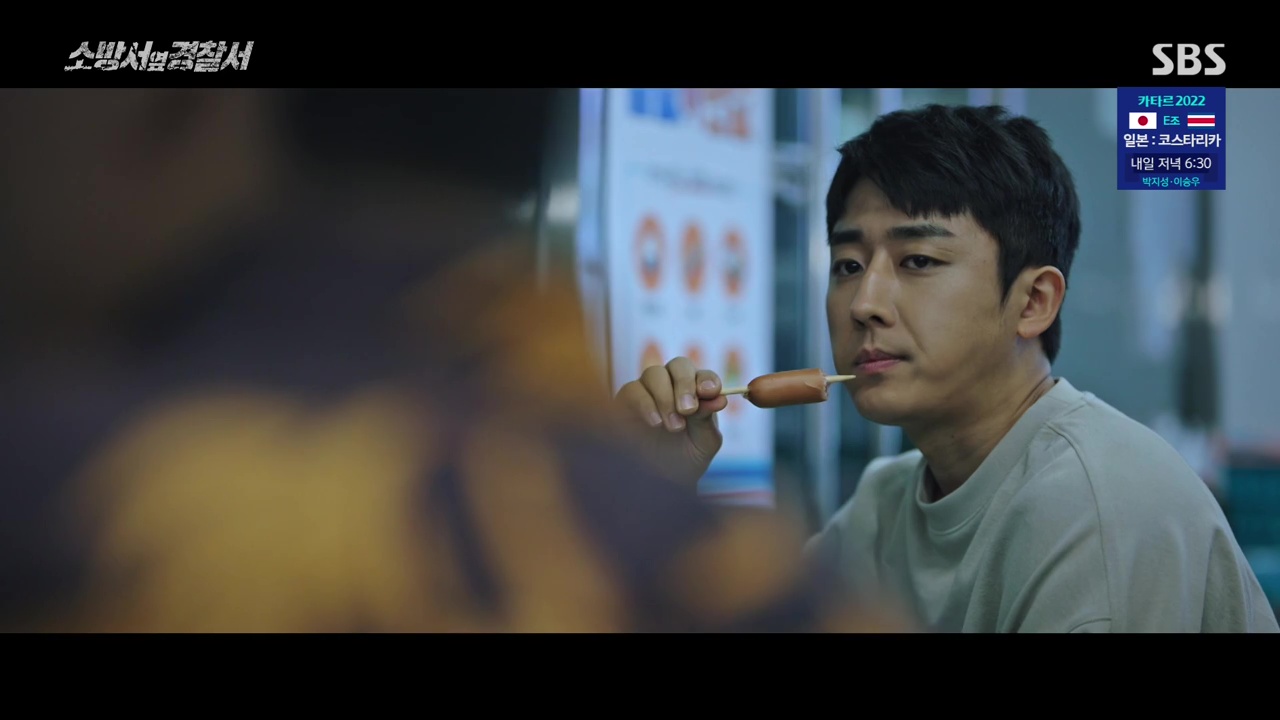 With that case resolved, it’s time for our second, much less emotionally draining case of the week. We jump to a young woman’s funeral where loan sharks are harassing the woman’s elderly mother to pay her daughter’s debt. If you’re confused like I was as to how this has anything to do with emergency services, don’t worry, it does make sense eventually.

While the police investigate the loan shark situation, Ho-gae goes off on his own secret adventure as an undercover ex-con, intending to sell burner phones to a gangster. But then, things take a sharp turn.

The gangster announces the job is actually a hit. He won’t say who the target is or why, but Ho-gae can’t get out of it without revealing himself. The best he can do is get a message to Seol when he coincidentally runs into her later and hope for the best. 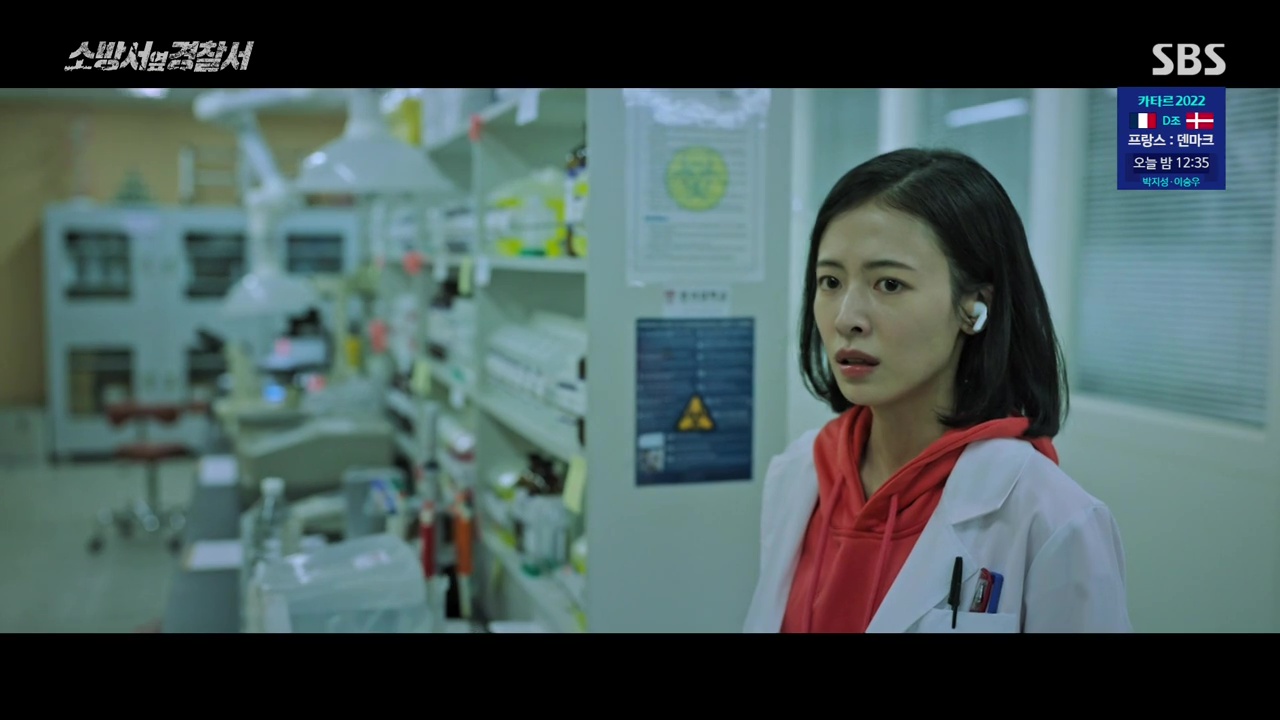 The entire reason Ho-gae got into this mess is thanks to some guy named Choi Seok-doo who has been paid off by Tae-hwa and seems to have been involved in his past crimes. Seok-doo is also hired by the gangster for the surprise murder.

Making things even messier, the target turns out to be BONG ANNA (Ji Woo), a cop on Ho-gae’s team. She also happens to be Do-jin’s younger sister. Anna has been dogged in the loan shark case, determined to prove they’ve fabricated contracts to upcharge clients illegally. Suffice it to say, the loan shark organization is not pleased.

Seol, Do-jin, and Pil work tirelessly to try to find Ho-gae after getting that SOS message. They manage to track down his phone and ironically contact Anna for help since she’s the tech wiz. She’s at a university biochemistry lab running tests, the very location Ho-gae is in with the gangster murder crew. 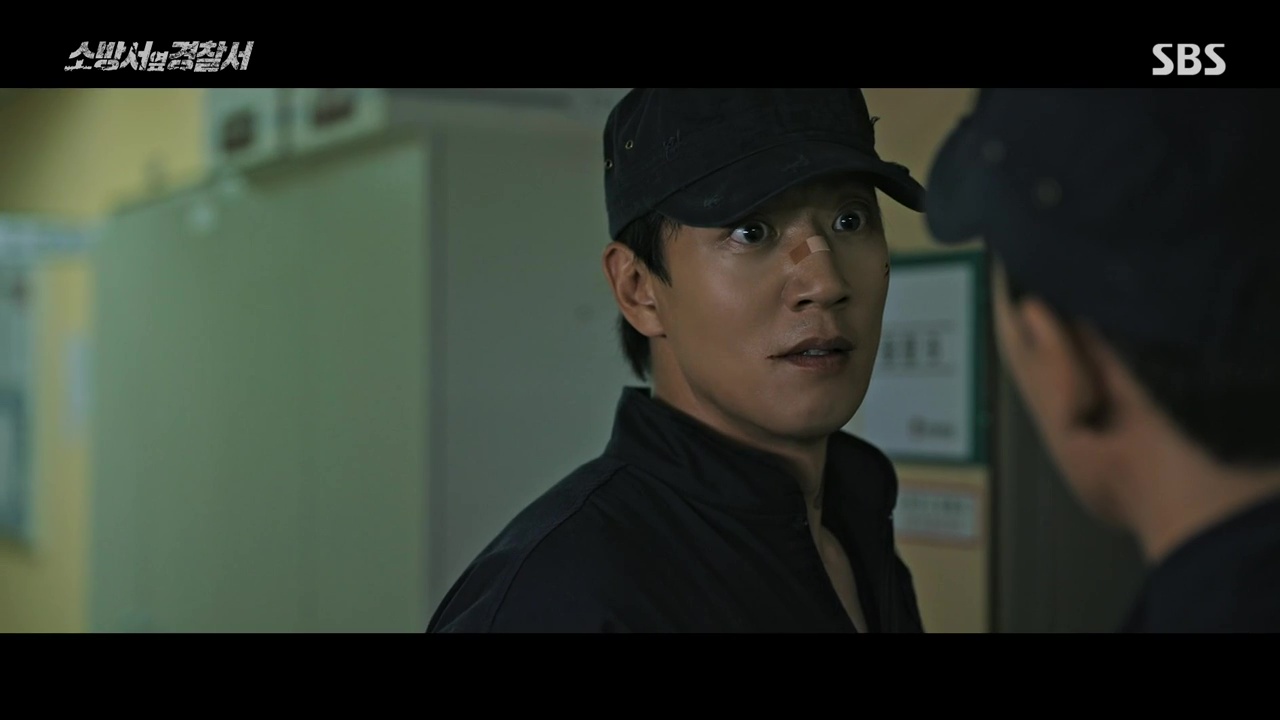 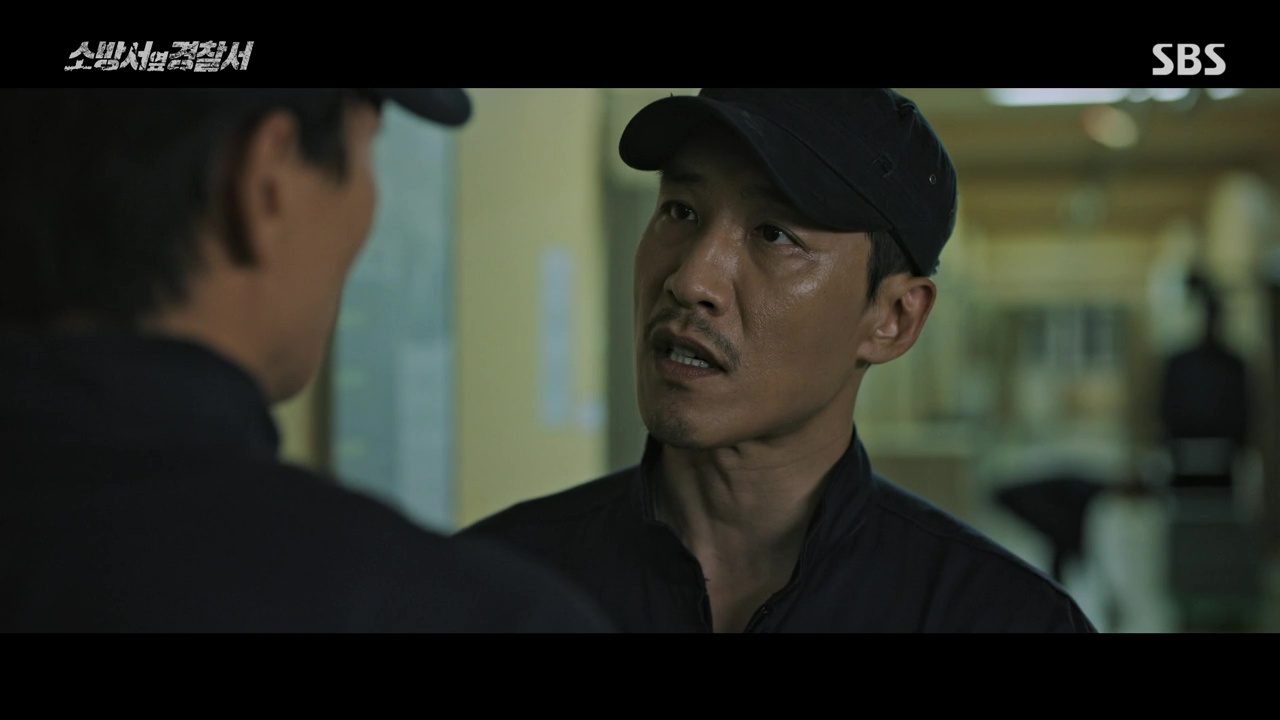 Meanwhile, Ho-gae starts to panic when he realizes the gangster is having them set up explosives throughout the university building, which will kill everyone inside. When Ho-gae blows his cover, he gets locked in the building with the rest of the victims.

Luckily, Ho-gae is resourceful and good in a crisis. He frees himself and uses the internal computers to get a message to Anna. She then works her magic and activates the airlock, ensuring the fuse doesn’t fully ignite. But of course, it’s not that easy.

Once the fire brigade arrives and starts evacuating everyone, Ho-gae remembers that the gangster had a button around his neck. Seol works out that it activates the sprinklers which is bad news considering the explosives react to water. 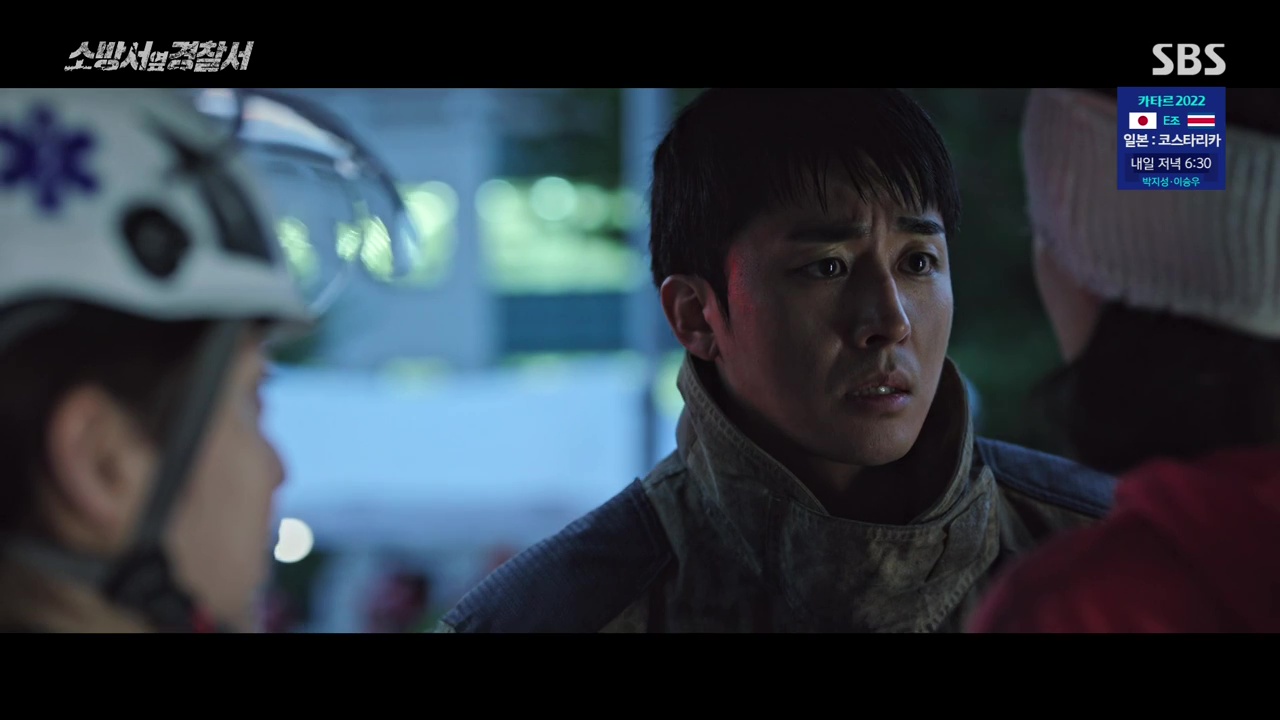 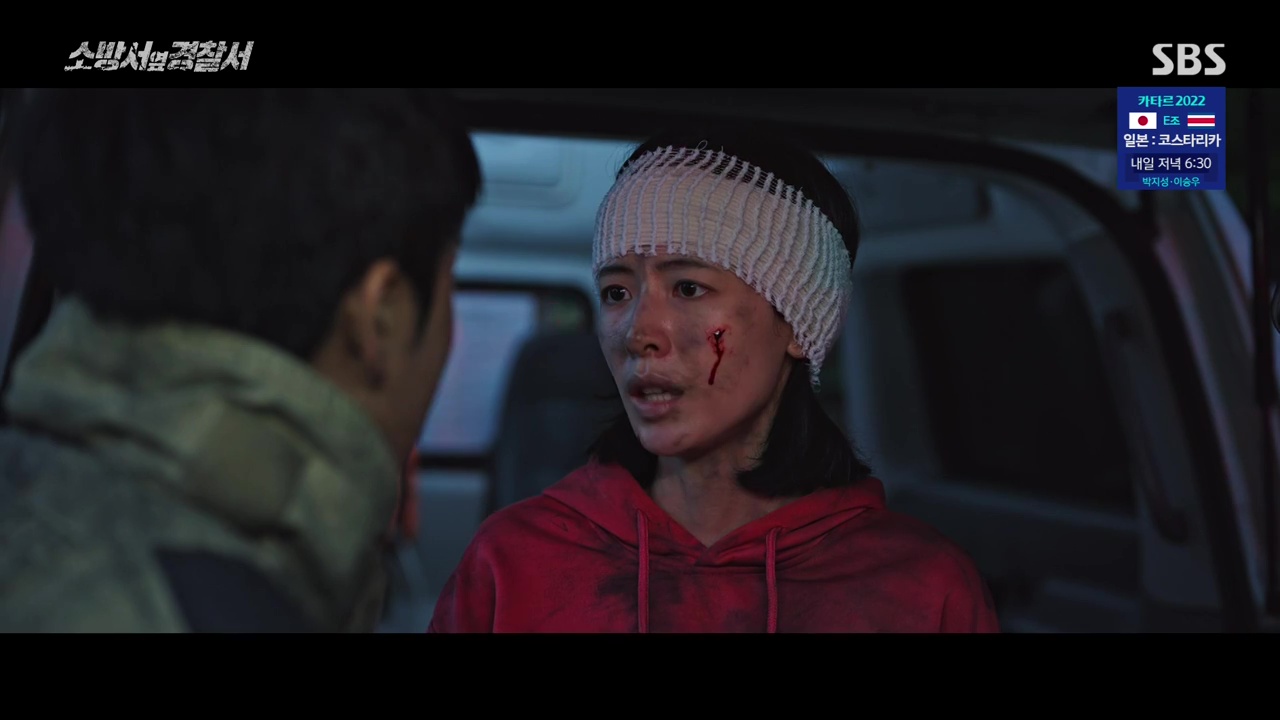 Realizing the danger they’re in, firefighter CHIEF DOKGO (Woo Mi-hwa) orders her firefighters out. Do-jin refuses to leave while civilians, including his sister, are still in the building. Thanks to Ho-gae running back into the building and freezing the sprinkler pipes with liquid hydrogen, Do-jin and his partner have time to get everyone out safely.

Don’t get comfortable, though, because this saga isn’t quite done yet. The escaped gangster is a very poor loser and decides he needs to blow something up today, so he crashes into the ambulance with our trio and Anna inside. With an assist from Seol and Anna, Ho-gae stops him from lighting their gas tank on fire. All in all, it’s a win since Ho-gae gets to arrest the perp and Anna takes the loan shark organization down with evidence of their contract fabrication. 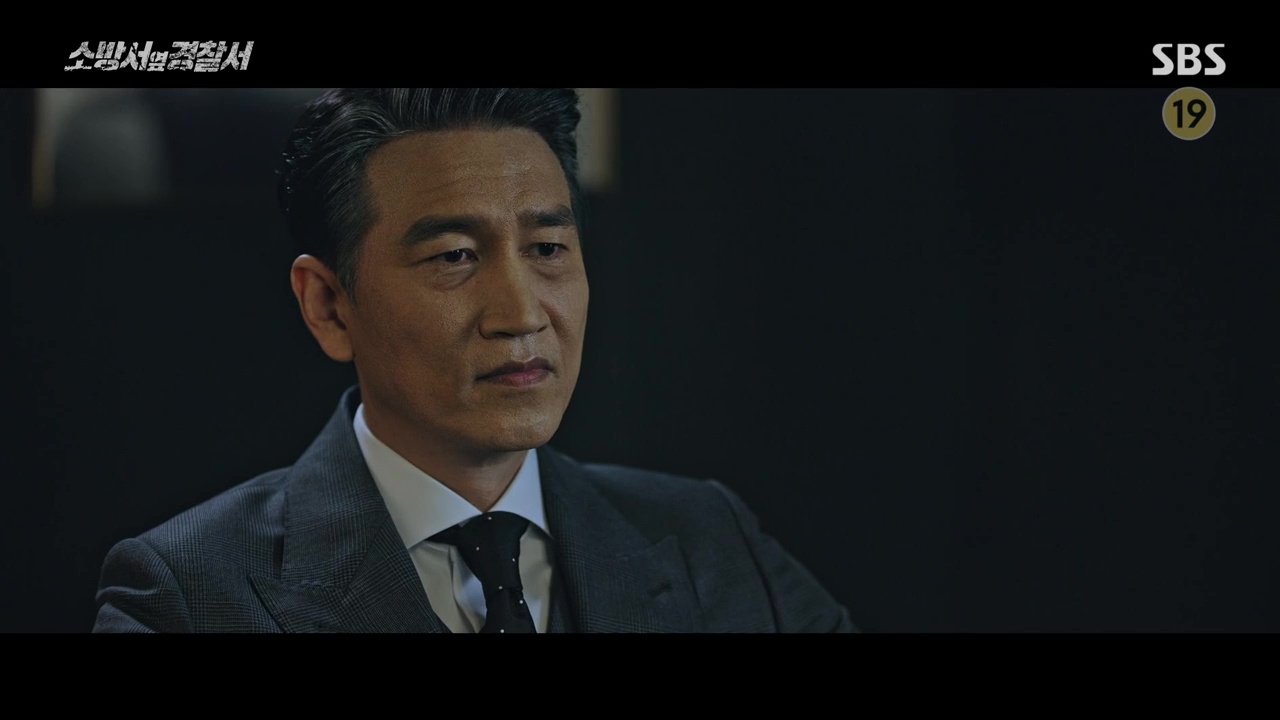 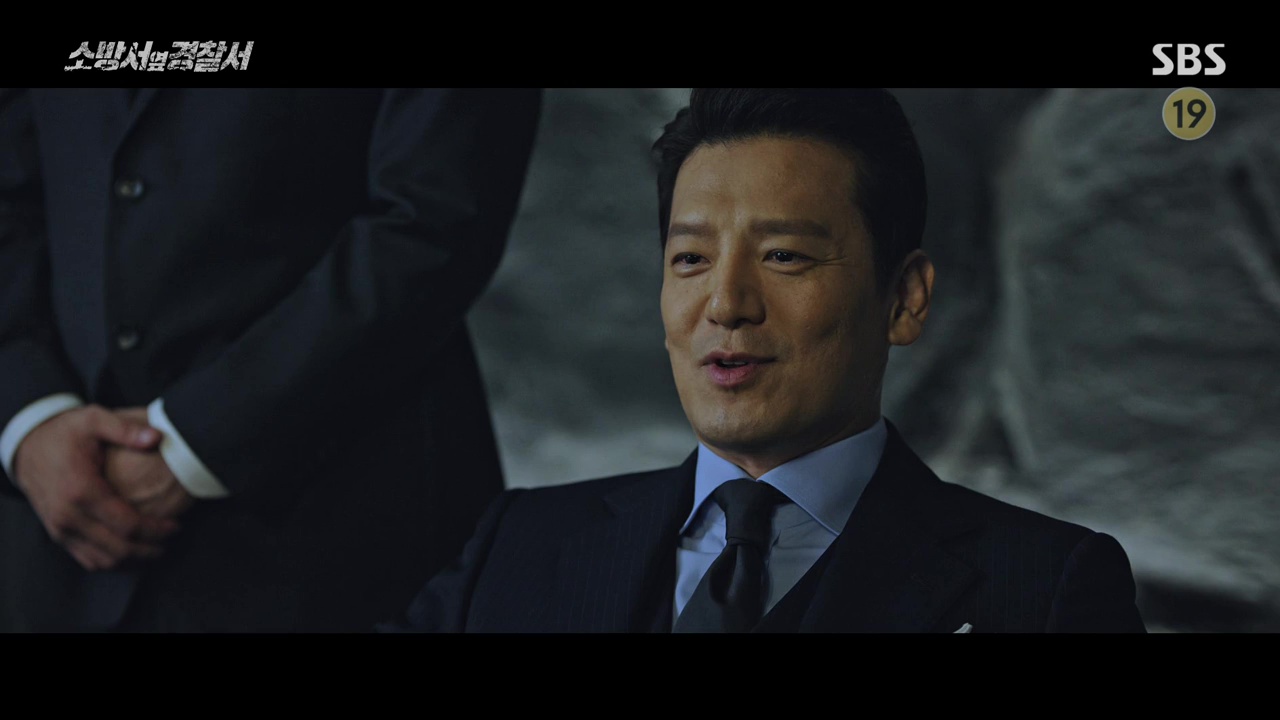 The last piece of business for the week is our resident villain Tae-hwa. His connection to Chief Prosecutor Jin makes more sense once we learn his father is an assembly member running for the presidency. Chief Prosecutor Jin is keeping Tae-hwa out of trouble likely in exchange for a position within the administration.

Tae-hwa, though, does not seem to have inherited his father’s ambition and is entirely preoccupied with destroying his nemesis. He’s got a plan to take out Ho-gae that somehow involves burner phones and bribing an elderly man.

We end the week with Ho-gae getting a restricted call and venturing alone into a remote, wooded area like he’s never seen a horror movie. Let’s hope he learned from his most recent disaster the basic safety tenet of always let someone know your whereabouts when going on excursions that could get you killed. 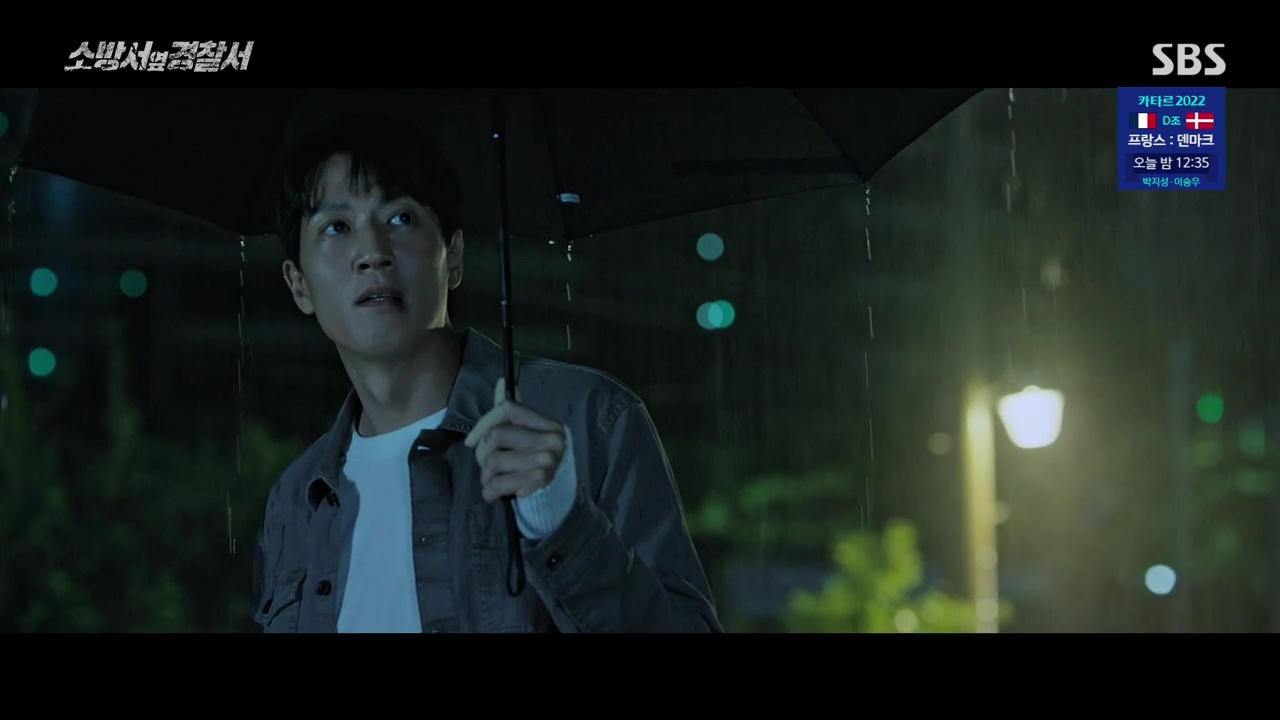 Unfortunately, episode 5 took mee out of the show. Nothing made any sense. He decided on a solo sting operation without backup, what?? The hacking, the completely illogical plan to blow up the building without leaving a "trace" when traces were left all over the place, and the liquid nitrogen. It was just very very bad. Maybe I will try episode 6, but episode 5 was just really terrible.

Ep 6 was good with the bomb threat and I was excited like Ep 1 because the teams collaborated to rescue the citizens.

I do not mind the drama being dramatic and making illogical choices as long as it is engaging, but if it keeps bringing cases that we have seen a million times over like in Ep 5, then I am not going to hesitate to drop it.

Each character seems to have a good background story, so they should keep focusing on it than elaborating on the villian character

If the ratings get low and/or they decide on an episode reduction, they could just have the gangster press the silly remote instead of waiting around.

But no matter. They'll always have another chance, like "Ho-gae getting a restricted call and venturing alone into a remote, wooded area like he’s never seen a horror movie".

Seriously, did no one on Ho Gaes team take him aside for going off piste on his own little mission? I'm enjoying the characters even if the premise has launched into the ridiculous now. Still finding the background story to be a drag though. Will they really get two seasons out of this drama?