I didn’t like how the Drama ended, so I made up my own ending. 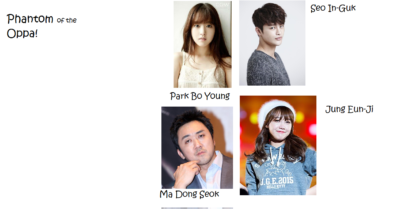 This was going to be my cast. Ma Dong Seok was the Phantom. Seo In-guk was the Raoul character. Park B-young was the lead, Christine-in the original, and Jung Eun-ji was her friend.

This would be awesome! 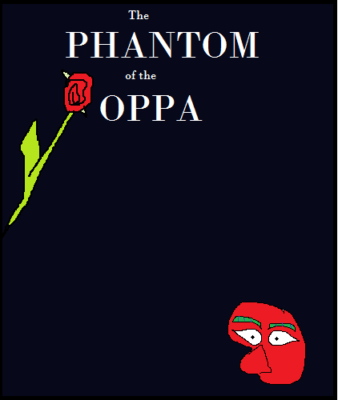 This was the cover of my unfinished K-toon. (It’s what I was working on when I was fired at DramaFever.

I love it (especially the traditional mask)! May I ask what the plot was?

Phantom of the Oppa Possible Summary
A theater light crashes down as the contestants for Produce 101 rehearse their big number. It almost hits the girl in front (the most popular of all the contestants.) Someone screams, “the phantom Oppa is here!” Girl in front storms off, refusing to sing.

Show PD moans, “if that baby diva won’t sing and dance, we’ll have a hole in the front! And we go live in 20 minutes!”
(Traditional Korean Singer) Madame Gee Ri bursts in to the rescue.
“Let Dae Ti Na, the orphan daughter of my dead friend take her place. She has an exquisite voice, and has been practicing the dance for weeks. I know she could do it!”
Dae Ti-na (or Christine in the original Phanom) belts out,

“Think of me. Think of me fondly when you see me dance.
Remember me once you’ve seen me. And please give me this chance.
Then you’ll find that I solve this diva problem. Just let me
If you ever need a back up
Spare a thought for me.”

Everyone is blown away by her voice.
PD says, “She can sing, but can she dance?”
Ti-na does the little “Pick me. Pick me. Pick me up dance and pantomime.”

“We’re desperate. You’re hired!”
Afterwards, Ti Na confesses to Madame Gee Ri’s daughter, Gee Yi-gyeong (Yun Eun-ji) that she is coached by a mysteries phantom Oppa. But before she can say more,

Ra Mu-yeol, (Seo In-guk) the show’s newest sponsor, comes into her dressing room. “Dae Tin Na, my childhood friend and first love, what a shocker finding you here. I haven’t seen you in years!”
“Ra Mu-yeol, the genius chaebol who I adored. How are you?”
“I’m rich, handsome, and rich. Have you eaten? Do you want to have dinner with me?”
“That would be lovely.”
Mu-yeol and Yi-gyeong go to Subway.

Later, when Ti-Na comes back to the theater she looks for Phantom.
“Oh, my oppa. Please reveal yourself. Today was so exciting. I think I’m going to realize my dream of being in a Girls’ Group!”

Oppa grabs her wrist and leads her to an underground river and into his “lair.”

Phantom of the Opera (parody)
He explains he doesn’t want her to join the Girls Group that produce 101 is creating (Oui 2 QT.) And that he wants her to go solo and sing his songs.
(Music of the night)
Ti Na is freaked out.
Melee: Ti Na escapes and runs to Mu-yeol. She tells him about the phantom. They go off for Subway sandwiches.
Oppa, hiding in plain sight, sees them and vows revenge.

Ti Na and and Mu-yeol are engaged and throwing a party. Ti Na is won the show and is the lead singer for Oui 2 QT. At the party, Oppa, (dressed as the devil) announces that he’s written a song for the group to sing.
Oppa’s song is a remake of Big Bang’s “I am a good boy,” but “I am a good girl.” (It’s stupid. No, it’s genius.)
Oppa ties up the Oui 2 CT girls and gets in place for a duet with Ti Na. They sing his song, but Ti Na is shocked to discover that Phantom is singing with her. (He says, “Hey, Kim Jong Kook can sing higher notes than you.”

He tells her he loves her and gives her a ring. Meanwhile, everyone else except for Ti Na could tell it was him the whole time. (That was such a bad wig. And why would any girl in our group wear a mask?) But he confesses to Di-Na. “You must know my feelings are genuine. Who would do such a stupid, humiliating thing for any reason except for true love?”

He tells her he loves her and gives her a ring. She throws it to the ground and rips off his mask. BUT SHOCK, He isn’t deformed!
(Why do you always wear it? I thought it made me look cool.)

Mu-yeol tracks Ti Na through her phone and finds the lair. She’s wearing a wedding dress (make-over!) and Mu-yeol rescues her.
Angry fan boys storm the lair to attack Oppa.
The End
(You need to realize this was just a rough draft. It would have changed as I drew the toons. They always did take on a life of their own. And sometimes characters wouldn’t act like I wanted them to–but were stubborn. )

Mu’s an old man. He goes to Ti Na’s grave with a monkey music box. He looks down and sees that the Phantom has left a rose tied with a black ribbon (his trademark) and the ring that he gave to Ti Na: the Phantom still loves her. Mu sadly looks at it amazed that Ti na truly loved the Phantom. Who would choose him over me???

This is awesome. I love it! And Ma Dong-seok as the phantom? I never would have thought of that. I’ve read some of your other webtoons before, and I just love how you effortlessly blend together so many elements of Korean popular culture and k-drama tropes.

I made homemade Dumplings (filling and dough) for the first time today. On the right I fried them. On the left they’re steamed. I liked the steamed ones better. 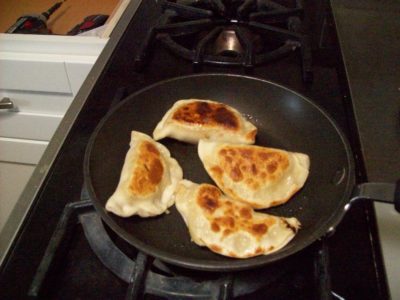 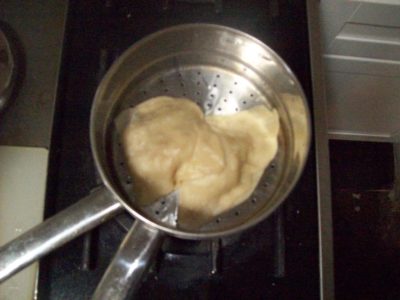 It looks good and hopefully tasted better I guess….

I’ll get better as I do them more. (And I will make them more often. They were not that difficult.)

I’ve always preferred fried ones, but I’ve been wanting to try the steamed ones and make some manduguk ^^

I really wanted to make the soft, fluffy steamed buns, but they use yeast. And yeast is a trigger for headaches for me.

Heh, that’s relatable. I had to start out with artisan bread and slowly ease my way into the yeast world..

These ones look delicious anyways!

Looks awesome! I want to make homemade dumplings soon. 🙂 I’ve made the filling before and I want to attempt the dough.

Yummm! I fried mine with water. Delicious and moist once absorbed by the dumplings.

That’s the way I do mine too. Place the dumplings in a pan with oil, fry, add water and let them steam till cooked. Same with the bun type.

Just in case anyone is wondering, they are even tastier then second day.

Thanks. We made them again and they were just as good.

However, I made korean pancakes last week with chard and squash from the garden. They tasted good, but never got crisp–kind of gooey. And I cooked all the moisture out of the grated squash before I added the batter. When/if I get it right I’ll post a photo. 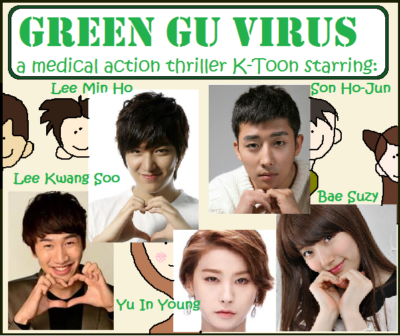 this might me out of blue but would you mind answering this : ??
http://www.dramabeans.com/members/fatcat007/activity/433546/
You might’ve seen this & chose not to answer in which case please excuse me!

[I probably think you love muffins, but I’ve read so many “behind the scene” stories of beanie handles that I won’t jump to conclusion yet]

My given name is Barbara. My nickname is “Barb.” And when I was looking for a fake name to draw cartoons under I looked up “barb” and saw that it is a sarcastic comment–which I knew, or a person who makes sarcastic comments, which I didn’t. And I am sarcastic in real life. So I looked up synonyms for barb and one was “wag.” I also like puns (lowest form of humor) so I thought, “ragamuffin could be wagamuffin.” And that’s the story. I published Korean Drama toons at DramaFever under the name “wagamuffin.” So I just kept it for my screen name here.