I know some people don’t like Taecyeon and tbh I’ve never watched him in a drama before, but he’s making me LOL so much in Vincenzo. His Heartbeat and Wanna One moments had me rolling. He doesn’t have the most expressive face in the world, but it seems to me like his serious acting is not bad either. I haven’t yet had any of those cringe moments I get with other actors, like L (whom I actually like).🤷🏻‍♀️ 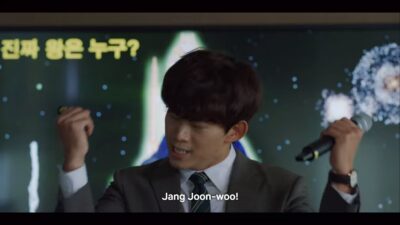 He’s making me laugh, too. He’s not doing an amazing job, but I don’t think he’s horrible either. I think he’s meh. However, for my purposes, the humour he’s injecting into this role is enough.

Yeah, I have to admit that my standards are pretty low. 😁

I don’t think your standards are low! LOL. I think Taec is doing alright, as I mentioned.

Anyone is better that L.
And you forgot to mention Suho (from EXO).

Yes, Suho (whom I love as a hardcore EXO fan) is just horrible as an actor. I don’t want to go so far as to say he’s irredeemable (I’m sure dramatic things have happened in the past), but he’s pretty close to that.

I love him to bits, but bless his soul, he can’t act.
Also, I have to admit that he’s much better here than in The game, but even so, he can’t act.
But it’s alright.
Keanu can’t act either, and I can’t love him more.

I don’t think he can’t act, per se. It’s more like he’s nothing more than unremarkable, at least in Vincenzo. Or that’s my take, anyway. I think he does snafu villain/dorky and dumb intern roles pretty passably.

Taec is doing an adequate job here. I really like him but not so much L. I *tried* watching Ruler of the Mask and Angel’s Mission but always end ffwd L’s scenes and ultimately dropped both.

I think he’s doing an okay job. It would have been a good role for a really talented actor, but the drama doesn’t take itself seriously and Taec kind of fits its goofy charm.

I still wait for HanSeo twist, because KDY is such a talented actor, I feel he’s being underused. I wonder how things would be if he had been casted as the main baddie.