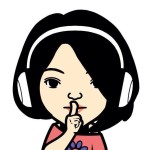 Wow! Seeing 2 pages of the script of HDL ep16 (and knetz discussions on DC Inside HDL gallery) made me realize how hard Jingoo worked to make his character stand out. There was practically no dialogue and no action descriptions. Even though IU had all the dialogue, she also barely had any action descriptions. IU and Jingoo, along with the director (My Love From The Stars) were the ones who really made this drama shine. Now I feel bad for giving Hong Sisters any credit. 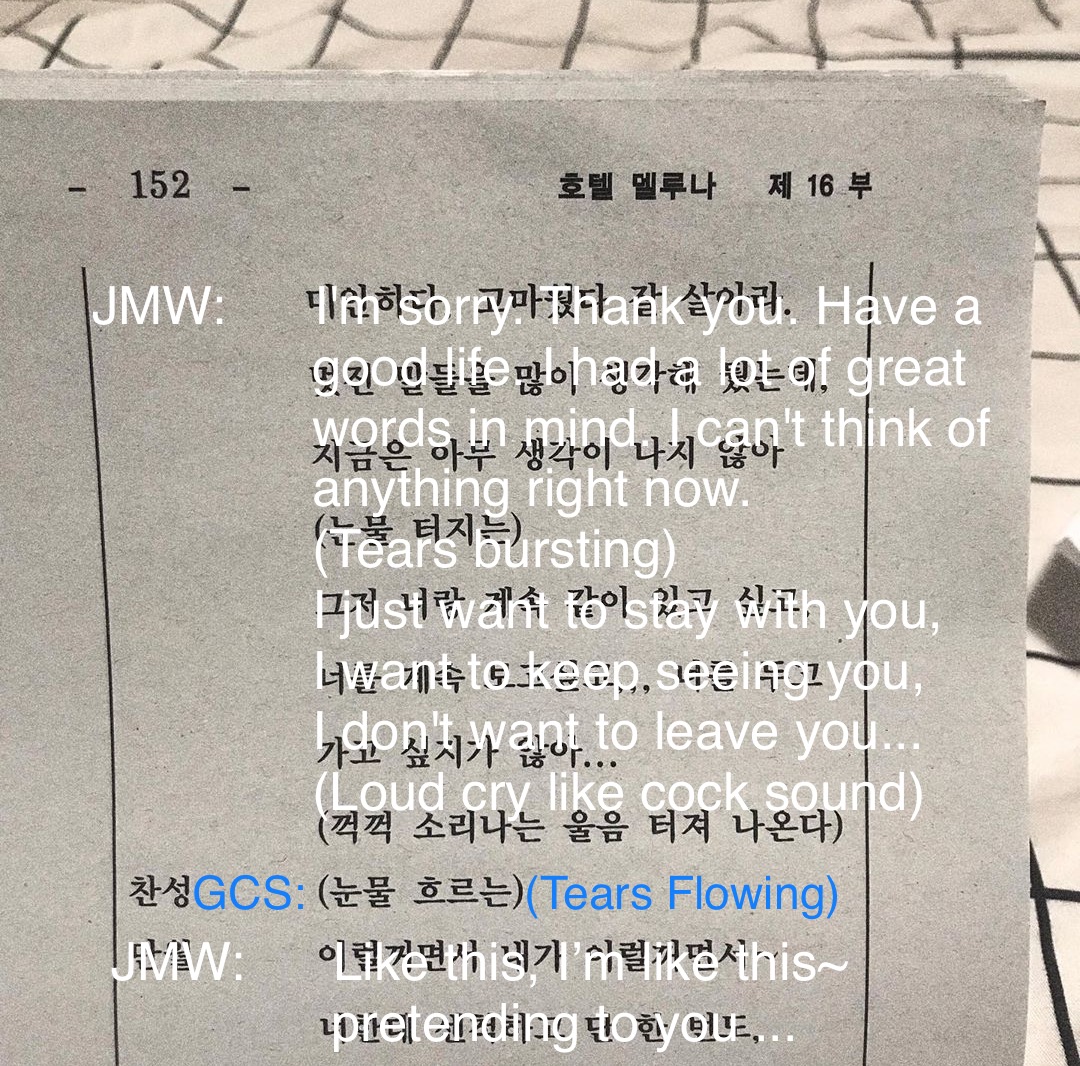 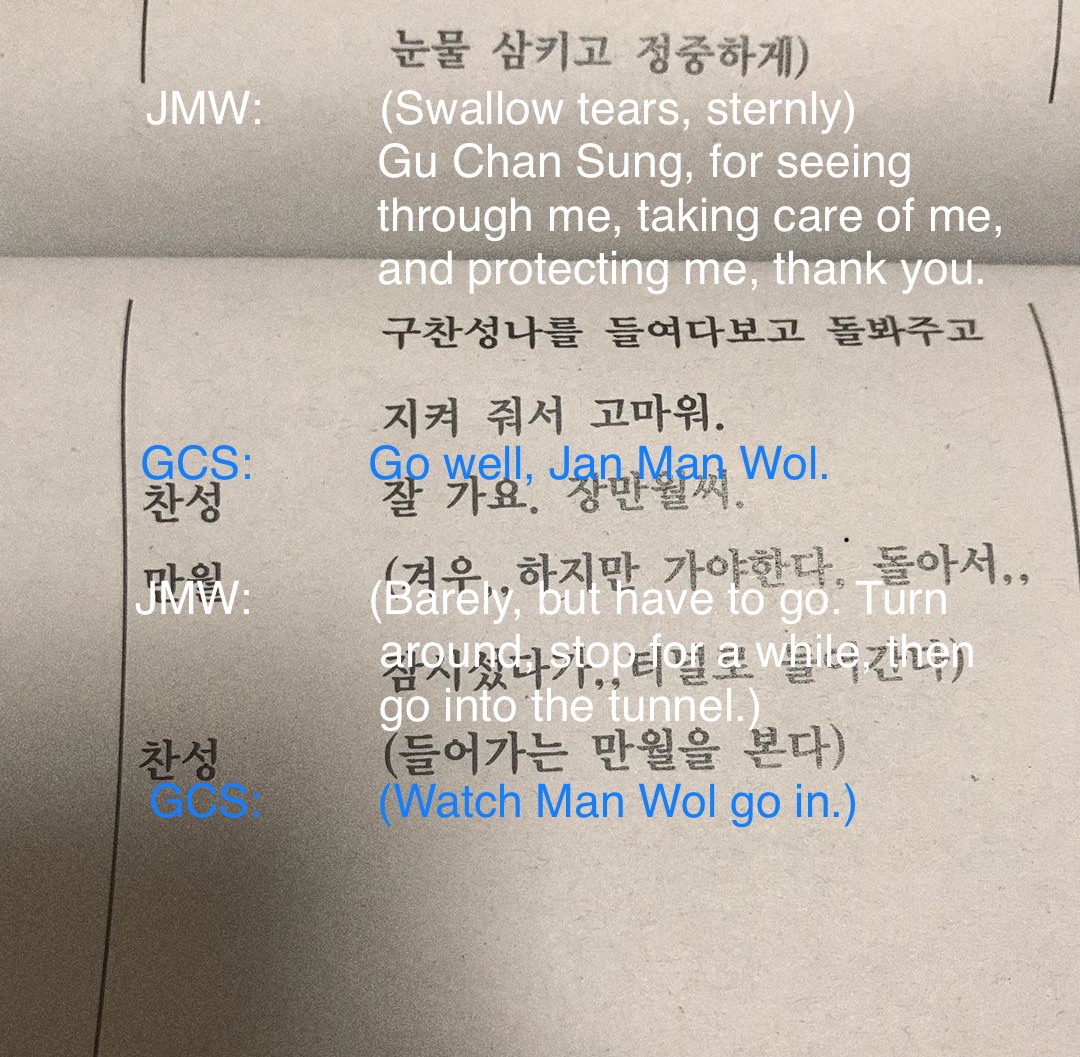 We could tell IU and Jingoo ad-libbed or designed a lot of their own parts (action and dialogue) during filming. Thanks to their acting and the director unwilling to cut their brilliant performances (thus the increasingly longer episodes), HDL became a really touching love story that wasn’t intended. HS described Chan Sung like he’s meant to be a monk (Hello~ Tang Samzang). The ending wouldn’t be such a sad ending if they played by script, but they can’t complain because ManChan became a big buzz onscreen couple in Korea.

I’m happy to see knetz calling out Hong Sisters for crediting themselves for Jingoo’s metamorphosis into an adult actor. He shed his child actor reputation long before HDL. They even admitted Chan Sung is ordinary and didn’t have any plot to make him interesting, so how were they even helpful? If anything, Jingoo did them a favor for taking a boring man and making Chan Sung so endearing and memorable that most viewers are still very upset for him.

Thankfully ManChan are getting the recognition they deserve.👏🏻👏🏻👏🏻 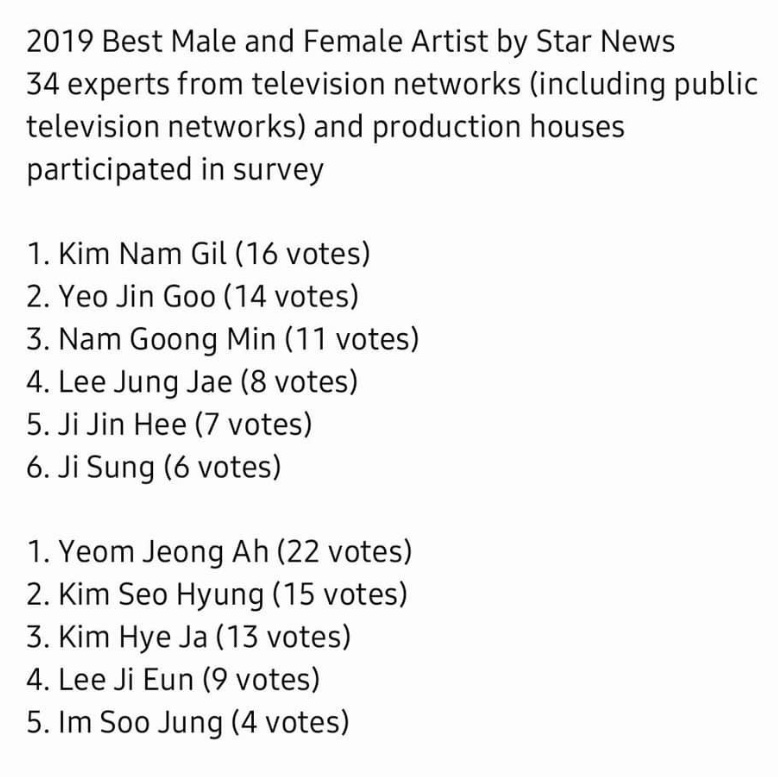 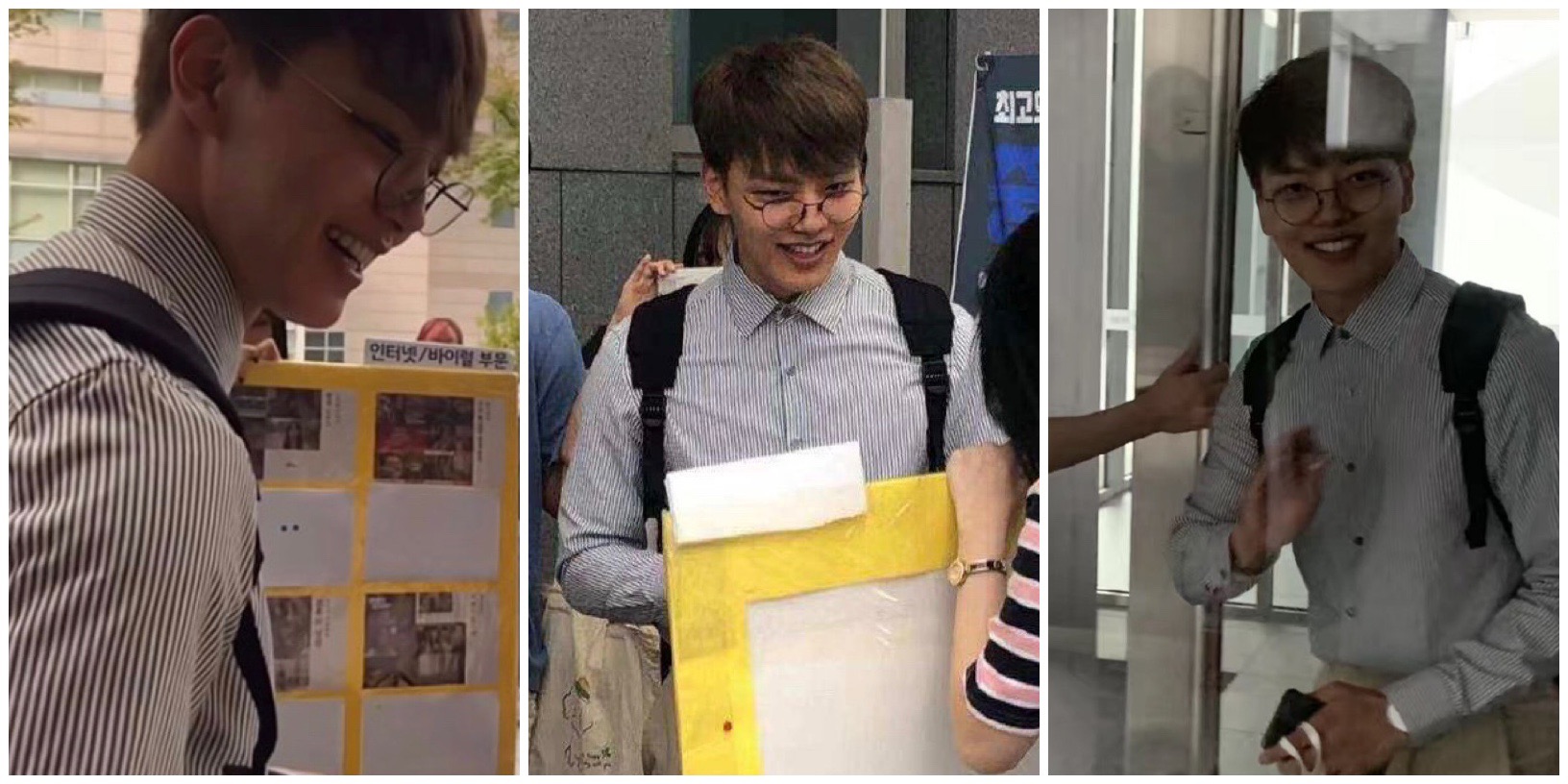 yeah – HS would have honestly been better off keeping their mouths shut. they made it painfully clear that a lot of the good things about this show happened despite of (rather than because of) their contribution. the interview does a lot to explain some of the inconsistencies in the characterization as a result of a mismatch between the writers and the director’s/actors’ vision of the characters. and now i feel perfectly entitled to take the bits i liked and fill in the rest as my imagination sees fit. also, this interview has finally convinced me that HS simply aren’t smart, or sophisticated, or knowledgeable enough to make good of their good ideas. expecting more from them is just futile and setting oneself up for disappointment.

I think their premises aren’t bad. Usually their supernatural dramas suit my taste, except for the ending. They finally did something right this time — they wrote a drama with an endgame in mind. However they focused only on Man Wol and how to bring her from her beginning state to the ending. The rest is “banchan”. I actually don’t mind this way of writing support characters because it keeps the focus on the leads and leaves room for my imagination. The story of the Man Wol as the ultimate lead is still the best I’ve seen from them. However if Man Wol should convincingly become what they want, the savior should be important enough to be fully characterized in the script. Instead they relied on actors to do their part of controlling the emotional development of the characters. Imagine someone who is only good looking and stands next to Man Wol making inappropriate expressions, this could have been disastrous.

I’m glad that they left it open so that magic happened (at least for me).

I feel the same. I don’t like the drama any less after reading the interviews. I just appreciate the actors and directors a whole lot more for making it work.

it hasn’t negatively affected my opinion of the drama either…
but it has made my respect for the writers diminish considerably.

@charlie agree with you. HS should not have said anything. All the more – credit goes to the Director and the Actors for fleshing out the characters so as to give cohesiveness.

I may have tagged the wrong person – sorry!! I meant @Charlieblue17

“HS described Chan Sung like he’s meant to be a monk”
Yikes don’t give me MORE ammunition ladies!
” They even admitted Chan Sung is ordinary and didn’t have any plot to make him interesting”
…
*Sigh* No wonder I never warmed up to him.

aww, back to the school struggle like the rest of us. I wonder how he manages his schedule though, like does he have a special school schedule because of his job or does he just take time off work when it’s time for school?
Also how cute is his nerd outfit 😍 To me he seems like pretty much a nerd in everyday life though. Am I the only one who thinks so?

He seems to take leave every other semester to film. He will be in college for the rest of the year.

Thank you so very much for this post. Now I understand why we ended up with the ending that we did. Yes it was consistent and it was the ending that was foretold- and had Chan–sung been ‘monk-like’ it even would have made sense, but it would not have been even a quarter of the show that it ended up being. So we have a great director and superb acting by IU and by Jingoo to thank for what became a truly great show- one that rationally ought to have had a different ending than it did. Surely the Hong sisters had time to re-write episode 16 once we could all see what was happening. I am disappointed in the Hong Sisters, but not in HOTEL DEL LUNA.

And even more I think that it is time for IU to give up her day job and stick to acting. She has a sweet, wonderful voice and she probably loves singing, but her acting has become outstanding.