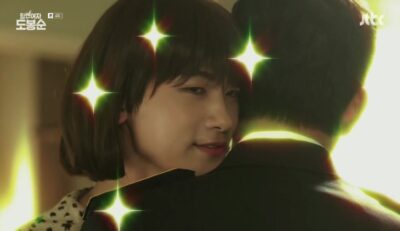 Umm, am I high or does Viki really allow downloads now??? And why is absolutely NO ONE talking about it??! I’m so EXCITED! Y’all got me wide awake and freaking out at 3 in the morning!!!

If this is some conspiracy or a glitch, please leave me in this world. I’ve waited so long for this 😭

Better get everything before they change their mind.

I immediately got a pop-up announcing it when I opened the app this morning, so I doubt it’s a glitch! 😉

It\’s the end of a year. I\’m trying to let go of burdens, grudges, and disappointments. But freaking Disneyyyy. Why\’d y\’all have to lie about Snowdrop? I still check in every week to see if maybe you guys forgot about it, then added the show mid-season or sth. Wasting my time and money smh.

Happiness has got to stop with these games. Like I am not the one. Sae Bom and Yi Hyun are off-limits. Seriously, if our couple doesn\’t get a happy ending, I will be very upset. Just stop.

Stop the lies and cut the cameras 😭

I saw lots of comments on earlier episodes expecting Hyun would be infected but since things always work out for the leads, I was doubtful. But episode 10 was a total slap in the face. I think the writer went too far on this one – what’s the likelihood of two murderers in one building? The residents have gone full-on ‘Hell is Other People’ at this point.

A double whammy really. No respect for the viewer’s hearts IMO (like a lot of other writers). And there are only two episodes left! I hope they’re not aiming for a ten-minute resolution. That would be messed up.

Hellbound was a showcase of the most stupid and idiotic of humans IMO. It made me a little sad towards the end and a little justified too (seeing characters get served), but mostly mad. Overall, worth the watch, and nicely told.

(Segue to Inspector Koo rant. Possible sp0ilers for Inspector Koo ahead)
I must be in a serial killer drama kind of mood bc I\’m loving it. I\’m especially enjoying the directing and the comic book style. I love, love, love! the theatrical aspect of it. The scenes where they’re literally being filmed acting on stage are so cool! (The death line-up in episode 1, the conversation between the leads in episode 6, that dream/memory of the girls acting from episode 6, etc.) Watching the stage light up just tickles my inner theater kid.

I’m really interested in Santa. Like what’s his deal? He can obviously talk and he’s definitely hiding something. He’s also surprisingly resourceful for a guy with a gaming background…very suspicious 🙂 I’ve decided that I like him anyway. He gets cuter every time he smiles and seeing him make everyone swoon with one look is hilarious. (I would stan, but I really don’t have the energy to internet stalk fangirl over another actor).

I wish it was an actual webtoon. I would read that in a heartbeat.

I understand the reasoning behind the whole Song Yi-Kyung and Goo Kyung-Yi name situation, but does it have to be confusing? It took me 1.5 episodes and some Korean captioning to actually know their names. That’s a lot of time to not know your serial killer if you ask me. Yi-Kyung could easily be a full name and Kyung-Yi’s name may just as well be Kyung (Maybe I’m overthinking this…?)

Anyway, I like our serial killer. More than I expected. That’s a first. (Or maybe it’s just that I have very little sympathy for her victims.) I hope our criminal and investigator get together somehow. For what, I don’t know. I really think they’ll make a good team. Their dynamic is fun to watch as it is but imagine the chaos when they’re together. I’m in a let all hell loose kind of mood 🙃

P.S. We don’t get a lot of female serial killers so that could be another reason Yi Kyung interests me. (That ghost lady from Ghost Detective is the only other female serial killer I can think of. And she was creepy!)
YK is also a fun character. Take away the killing tendencies and she’s just a quirky theatre nerd.

Bae Hae Sun should get paid leave and a bonus at the end of the year. Or at least some recognition for how much work she\’s been doing lately.

It\’s weird but I find Happiness to be a really comfortable drama. Probably because the relationship between the main leads is so (for lack of a better word) comfortable. Seeing them together makes me feel like I have nothing to worry about – even as I watch people get their necks bitten off. It’s very misleading.

You nailed it. I get whiplash sometimes with Happiness. The main leads are so capable and so levelheaded (plus Bom’s immunity) that I’m assured that there’s nothing they can’t handle, and then there are these reckless and selfish people around them to fuel the chaos. Maybe that’s why it’s the only zombie show that I can calmly watch during lunch/dinner haha.

Junho, Junho, Jun-HO~~! I didn\’t realize how much I missed him until I watched that first episode 😭

He was only in episode one for like 10 seconds but that was enough for me. 😍

Same~~! I spent an unhealthy amount of time rewatching his scenes in episode 2 🥰 Now we have to wait till next week to see him again 😭

Merry Christmas, y\’all! (If Walmart can sell Halloween decor in early August, then Christmas can be anytime I want it 👩‍🦯)
My gift to everyone is unlimited recommendations to watch Yumi\’s Cells 😊. You’re welcome~~!
Now if you’ll excuse me, I’m off to go be the *only* lead in my life 🥰

So! Reflection of You is a fun watch. All the mystery and fun editing is getting me excited 😄 That glitchy scene was so fun to watch!

A few reasons why Yumi’s cells is my favorite on-air show: 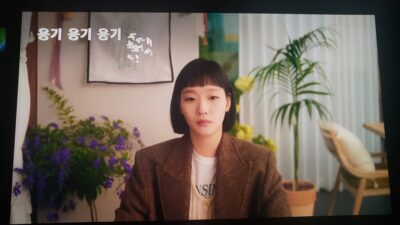 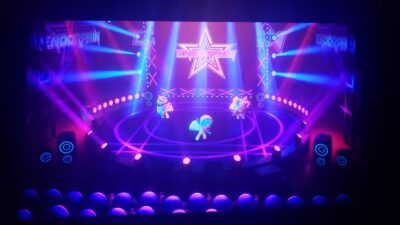 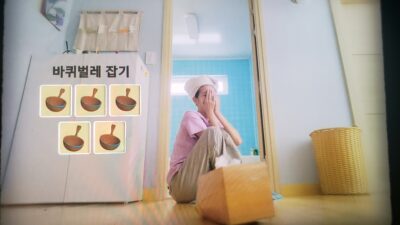 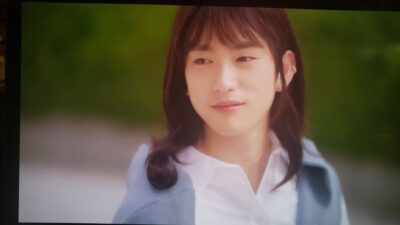 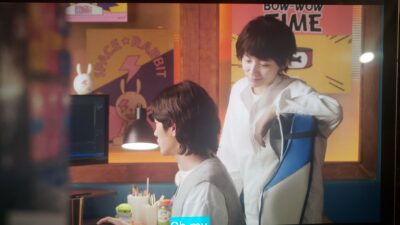 Who would\’ve thought that my favourite recent premiere would be Yumi\’s Cells 🙃?

I already liked the webtoon, it’s relatable and funny, but I wasn’t sure I would like the real-world plus animation plan. Turns out, not shabby at all. The cells don’t interfere (or interact really) with the real world, which is a huge plus in my book. Their world is intertwined with the real world but it’s also independent of it in a way that makes the transition from one side to the other easy on the mind. Basically, it doesn’t interrupt my suspension of disbelief. I can easily get immersed in the show without thinking “Wow, that’s weird”.

The story is also SO relatable, but I already expected that. I am Yumi and Yumi is me. Except I don’t have multiple cute *and* sweet guys potentially vying for my attention, but do any of us? haha (No seriously, do you guys have some lying around?)

Also! The music is soooo good 🥺. Hard to go wrong with John Park💙 though

I was quite surprised as well. I love how quickly it’s moving along too.

This is what’s putting me off watching it, multiple seasons. Even if it’s planned in advance, knowing there are intended to be multiple seasons killed my enthusiasm for it.

Hey.. i might be wrong.. but were you the one who introduced me to this series..

someone did.. gave me a link to the webtoon too. but don’t know how to trace back to find that beanie

I don’t think it was me, sorry – I don’t know the webtoon at all.

i read it was to have 3 seasons..
but for now i see confirmation for only 2 seasons..but you never know ..

I think i made peace with the reason for watching this show .. cells shenanigans.. so nto really looking for a big arc..but just enjoy at episodic level

I’m so used to having the big arc, I can’t remember how to watch episodic things 😅 the cells are fun though so we will see if I manage to stay away.

ummmmmmmmmmmm 👀 what? what’s this about a second season? And 5(!) relationships??? I shouldn’t have entered these comments bc now I’m feeling some kind of way 😭
👁👄👁
💧
👉👈

I’m okay if she goes through lots of relationships. Some people fall in love easily, and that’s ok!

its fun.. her nemesis is going to become her best friend i think..

I am forgetting the name of that wonderful beanie who introduced me to this webtoon.. she/he would have all the details.. 🙁

It took me until the end of Episode 2 to get into it, but this week’s episodes were so good. Really sweet and funny and relatable.

I was surprised too. It was meant to be a mindless watch for me but I ended up loving it. The cells are adorable!

I miss Kim Nam Gil and I miss the summer of \’19. (#GeumSaja4Ever🖤)
(Also, Park Hyung Sik and Park Bo Young and Shin Hye Sun and YJG but I always miss YJG…😔)

(The post that got deleted:)
[Possible Sp0ilers Ahead!]
Anyway, I hope the writer and director of this show are doing okay…because I’M NOT! Took violence to a new level.
Didn’t even give my boy Yeol a chance to survive smh. 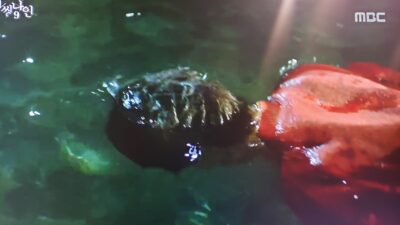 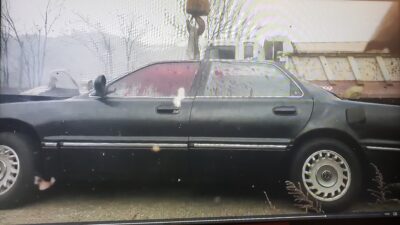 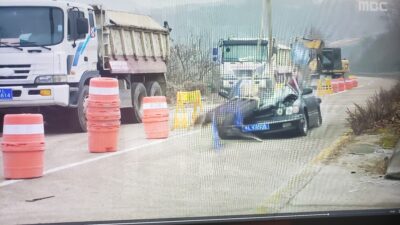 I think my favorite part of #OnetheWoman\’s premiere was easily that last cameo. It was total fan service but I was all for it. Not sure what\’s better: the cameos or that I got all the references 😁