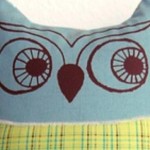 I am wondering what made people like this drama. These first eps were terrible. There was no character development, just a bunch of superficial, expendable characters that never behave in a logical manner. Plot doesn’t help because even if it’s a simple survivor tale, it doesn’t have any rules to give it any plausibility. The mad teacher just decides to test something crazy in his own family, the zombies behavior changes according to each situation, people have insane dialogues, they get bitten and turn in seconds or in several minutes, again it depends on what the plot needs. There were so many unintentionally funny moments in second episode that I started to think it might be on purpose and the whole thing was supposed to be a horror comedy. I detest this genre but I would at least understand what it was trying to do.

I enjoyed the show as a unique coming-of-age story spin on the zombie genre, including the obvious loss of innocence metaphor and how it explored how our systems fail our most vulnerable. Keeping in mind real-life tragedies, not just the pandemic but also things like the Sewol Ferry tragedy, made it really hit different for me, and I really enjoyed the friendships made. 🙂

It was too long though.

And there actually are many (intentionally) comedic moments!

In the recaps, so many beanies didn’t like this series. It was a surprise to me, since I enjoyed this series. I enjoy it as an action drama. I do not look for logic when it comes to zombie things. I just accept it as it is. It makes it easier.

What I do look for are the actions, characters take when they encounter zombies. I thought the young kids did pretty good as the episodes go further. That is, they worked together, albeit after so many childish arguments. They utilized the things they have at their disposal. There were quite a few good action sequences here as well. I’m very satisfied with that.

I did notice some social issues they wanted to tackle in the series, but it didn’t really bother me much when they didn’t provide some sort of concrete message about it.

Thanks @mindy and @drawde2000. I thought most reviews had been positive about it.
I also try not to care much about logic when there is a supernatural element but sometimes it’s impossible. For example I can imagine an explanation for the difference in time for each person to turn, but I can’t explain why students would not try to secure the doors or talk about flirting when there are zombies banging on the walls, or when one of them suddenly becomes a super hero fighting off half a dozen zombies at the same time. As far as social issues I got nothing from these first eps, the one thing that did bother me was the sexual harassment. It seemed to be used as plot device and it’s already bad when bullying gets used like that but adding sexual harassment is even worse. I doubt this issue was dealt with in the rest of the series so why add scenes like that and make it something exploitative.