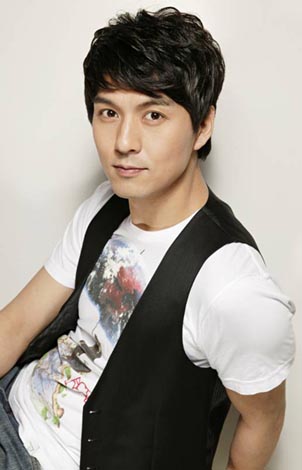 Lee Pil-mo (The Woman Who Still Wants to Marry) is joining 3D historical series Kim Suro in his first villain’s role, playing an ambitious man who spends his life determined to cultivate ironworking technology. Lee sheds his warm, jokester image of previous roles, like last year’s Sons of Sol Pharmacy, which is the role that brought him to mainstream popularity.

Lee said about his character, “He’s not seeking ironworking technology just to achieve societal success, but because his character can’t help being obsessed with succeeding.” The character never knew his birth parents, and was raised by a healer. He realized early on in life that the best way for him to succeed in the world would be to cultivate ironworking skills, but was prevented from learning because of his low birth. He grows up alongside Kim Suro (Ji Sung), who later becomes king, and they spend their childhood like brothers. However, he later sides with Suro’s rival (played by Yoo Oh-sung).

I think this could be a good turn for him, because while I do like Lee Pil-mo, I can understand why some people find his constant joking around to be tiresome. He’s actually quite good at dramatic acting, and I think he’d relish playing the bad guy.

Meanwhile, the casting of newcomer Kang Byul (Creating Destiny) had been previously announced. I’m including her in this post because the above still has been released, which shows her in character as Ah-hyo, Suro’s first love. He later goes on to marry Seo Ji-hye‘s character, a princess from a faraway land.

Kim Suro will air after A Man Called God later this month.

it's difficult to imagine lee pil mo in saeguk. since i've seen this guy from sol pharmacy and still, marry me. there are some actors, when you look at them, you just laugh. like lee min ki dude, you just laugh looking at them.

Lee Pil Mo--loved him in YAMD and 2nd son in Sons of Sol....so he'll be a villain and Kang Byul--loved her quirky role as Eugene's sis in Creating Destiny. Am so gonna watch this with Ji Sung and lovely Seo Ji Hye.. Thanks JB

This is getting better...I want to see how good an actor he is...looking forward.

I can really see Lee Pil-mo in a villain role, although I also loved him in SoSPH. He has the charisma to pull it off (and it seems he's good at making people hate him already, lol).

I really liked Kang Byul in Creating Destiny...she's very bright and lively. I'm not liking her look without bangs here. I realize they don't have much latitude with a saeguk, though.

I agree! Lee Min Ki ALWAYS puts a smile on my face. :)

Oh this just gets better and better..
Kang byul is awesome !

I'm mainly going to watch this drama for seo ji hye :)
she's an amazing actress. I fell in love with her after watching Over the Rainbow

i almost couldn't recognize kang byul. she look so different.

anyway, gotta agree ... it's about time LPM took a different role before he gets stereotyped. i'm one of those who's beginning to find him tiresome although i like him in his earlier roles.

lee pil mo was no doubt my favorite character in sol's pharmacy!
he's so cute! although if he plays a villain he's going to be so charismatic!
i can't wait!

i haven't seen any of his work but the guy is meannnnnnnnn in Kim soo ro. ahahhaah