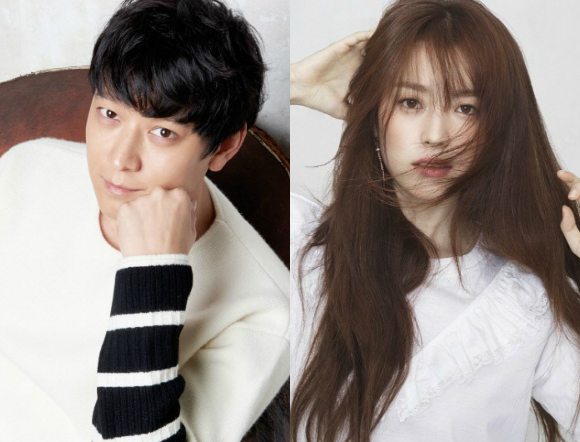 This’ll be quite the lineup for the new film remake of Golden Slumber, a thriller based on the Isaka Kotaro novel of the same name that follows the harrowing chase of an everyman wrongfully accused of assassinating the prime minister. Kang Dong-won (Master) has signed on to headline, and Han Hyo-joo (Love, Lies) is confirmed to co-star after taking a break from films for most of the year to do the drama W–Two Worlds.

The remake will be directed by Noh Dong-seok (Boys of Tomorrow) and tells the story of an average deliveryman who gets framed for the assassination of the newly elected prime minister. He’s the innocent patsy in a massive conspiracy, but the evidence against him is so overwhelming that he’s forced to run for his life. The suspenseful story follows his first 48 hours on the run, as he searches for the true culprit and the powerful people who have conspired to pin the murder on him. 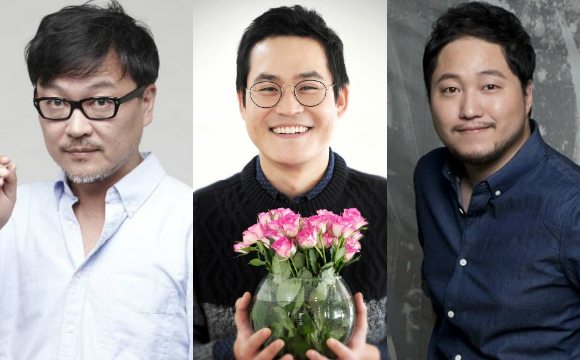 Kang Dong-won will headline as the deliveryman, and Han Hyo-joo will play his old college classmate who now works as a radio reporter. Aw, and she’ll be reuniting with her W dad Kim Eui-sung (Yourself and Yours, Train to Busan), cast to play a mysterious man who helps Kang Dong-won. Misaeng’s Kim Dae-myung (Pandora, The Last Princess) will play another college friend of Kang’s, who was in a band with him during their school days and now works as a divorce attorney. And Kim Sung-kyun (Moon Lovers: Scarlet Heart Ryeo, Detective Hong Gil-dong) has been cast as a computer repairman. Is he also a hacker on the side? Because that could be useful to a man framed for treason.

I just like the idea of Kang Dong-won and Kim Dae-myung being in a college rock band—where’s that movie? Okay, so an Enemy of the State-style manhunt sounds pretty cool too, especially with the condensed time element of the story. There’s nothing like a good fugitive action thriller to get the heart pumping.

Golden Slumber plans to start filming early in the new year, for a 2017 release.

That's a promising line-up. Anything with KDW is a must-watch for me anyway.

I thk they make a gd combo. N oh yeon joo gets to reunite with appa

Meh @ HHJ. She has wooden acting in Dong Yi and W.

Agreed! I just don't get the hype on her.
You know I love 1n2d but haven't been able to finish the episodes guesting her! Just can't!

Whoaa... 2 beautiful actors with talents and brain, uh, at least from what I read. Why can't drama producer and director cast them and make me able to watch them for 16 or more episodes instead?

Kim Dae-Myung is the hilarious brother from The Sound of My Heart isn't he? He was hilarious there

Yes that's him! The sight of him in his sky-blue singlet and lounge shorts is just hilarious.

she's better in movies in general, i think

Well, I loved her more in W than in Cold Eyes so I guess it's just personal taste.

IKR? What's wrong with Han Hyo Joo in W? She is so bad.. I can't stand her acting there...

I thought that this movie had already been made before. like with Jang Do Gun? and another of Lee Sung Kyun.

Anyway would probably get the opportunity to watch it in the next 2 yrs when sub's are out.

I wonder if it makes a difference whether a person saw HHJ first in movies or in dramas. (Ie you expect more of what you saw first.) I kind of prefer her in dramas because she gets time to fully flesh out a character (and yes, I saw her in dramas first). But I'm amazed at the range of characters she is able to play in movies. Sometimes when I see famous actors appear in movies over and over, there is a sameness, almost like they aren't really acting, but just being themselves in different settings. But her character in Cold Eyes is not the same character in Love, Lies, or in Love 911 or in W. And yet, even when I don't particularly *like* a character, she always makes me feel for that character.

I've expressed similar sentiments. Am not very familiar with her, only seen her in two projects with one incomplete.

Masquerade and Only You (with So Ji Sub).
In Masquerade, I thought she was very believable as the oppressed but dignified Queen. I didn't find her lacking even in scenes where she was facing of Lee Byun Hyun. Like that scene she confronted him of his scar and that scene she challenged the Heag Guards accusations that he was an impostor. Oh, and I loved her Saegeuk voice. She had that royal air about her.

As for Only You, it seemed like one of those kind and pure but unfortunate Candies so not much character. Can't judge well for that.

My opinion of her is that she's one of those actors who need proper writing and a solid character to shine. That means it varies from Project to project.

love both KDW and HHJ, but it seems there is no love line there . sigh

There's sth wrong with HHJ's face, isn't there?! She was so lovely in her previous works but in W her expressions seem fake to me. Has she got sth done on her face?!

So happy to hear about Han hyo Joo's new project! I love her in everything and I wish people can learn to differentiate between a written character and acting...I thought Han hyo joo's expressions in W showed a very simple minded, cute and radiant grown woman..which I believe to be what the writer wanted. Through her acting , I was able to see oh yeon joo and all her imperfections! If you look at her other roles too...you will see the same thing..Han hyo joo doesn't disappoint at all..( I love all shades of Han hyo joo so far.. she's awesome)