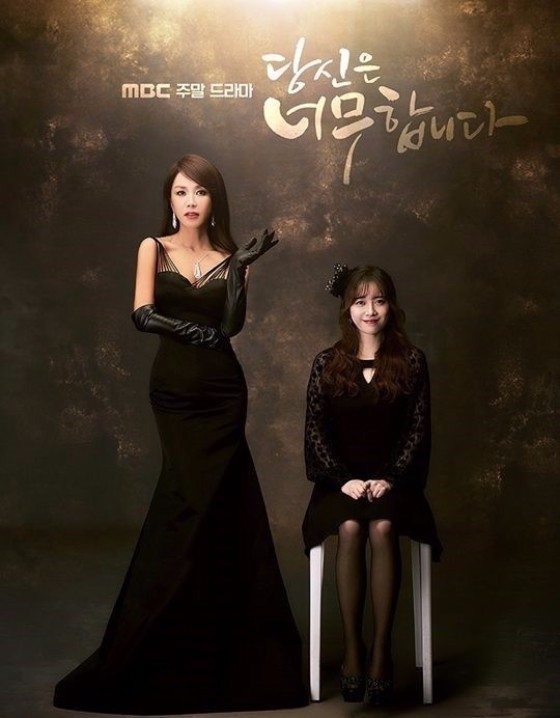 Weekend family drama You’re Too Much has released another teaser and more stills, which star singer-actress Uhm Jung-hwa (Witch’s Romance), who seems to age like fine wine. Whereas the first teaser featured Gu Hye-sun dreaming of becoming a famous singer just like her, this one shows that maybe her celebrity life isn’t all that it’s made out to be.

In the upcoming drama, Uhm Jung-hwa essentially plays a parodied version of herself, a ’90s pop diva who has stayed as a fixture in the entertainment industry until now. The teaser shows her being surprised as she realizes she’s no longer relevant when people don’t seem to recognize her anymore. When her hat gets plucked off in a busy supermarket, she wonders, “Why aren’t people looking at me?” Then as she sits outside glumly, she thinks, “Sometimes living feels like a joke.”

Then over dinner with Gu Hye-sun (and Jae Hee in a special appearance), she sighs, “I guess it’s over for me as a woman.” Lying in bed that night, she thinks that being alone is the scariest thing.

Gu Hye-sun’s character is described as a wannabe singer who wants to become Uhm Jung-hwa’s copycat. I think it would be interesting if they did turn Gu Hye-sun into the crazy makjang second female lead, hellbent on usurping the first lead’s position (like Lee Yuri in almost every family drama ever), but the synopsis seems to point toward Gu Hye-sun playing the more traditional hardworking Candy with dreams of becoming a star. As a hilarious detail, as a nod to Uhm’s top star being named Yoo Jina, Gu Hye-sun’s character took on the stage name Yoo Jwina to sing cabaret.

Jae Hee (Save the Family, The Firstborn) will play Gu Hye-sun’s manager and longtime boyfriend; after dating for ten years, they know each other inside and out, and he’s both her source of refuge and like a family member.

The still cuts featuring Jung Kyeo-woon (Oh My Venus) in mourning garb come from his character’s mother’s funeral. He looks both depressed and angry as the chaebol heir who loved his kind, caring mother dearly and flew straight home from his work overseas upon hearing the shocking news of her suicide. He nurses an inner hatred of his father, played by Jeon Gwang-ryul (Hwajeong, Jackpot), who made his mother lonely throughout her entire married life. 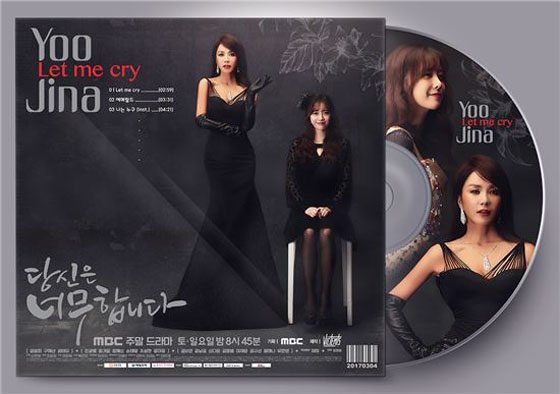 Another set of pictures show Gu Hye-sun at a snow-covered burial site; she’s there visiting her mother who died trying to pay off the debts that Gu Hye-sun incurred to create her own album. Maybe she and Jung will share a bond through dead mothers?

But I’m most looking forward to the relationship between Uhm Jung-hwa and Gu Hye-sun, which I can see becoming an awesome girls-stick-together sisterly bond, like Uhm Jung-hwa had with Kim So-eun in The Man Who Can’t Get Married. The teaser shows bits of this potential relationship as Uhm Jung-hwa goes about her daily celebrity life, which is unexpectedly much lonelier than you would expect. They seem to be on friendly terms, so maybe their rivalry hasn’t started yet.

You’re Too Much will premiere on March 3 after currently airing weekend drama Blow Breeze ends its run. 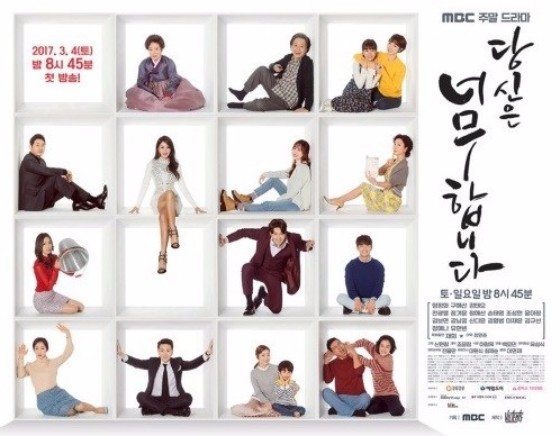 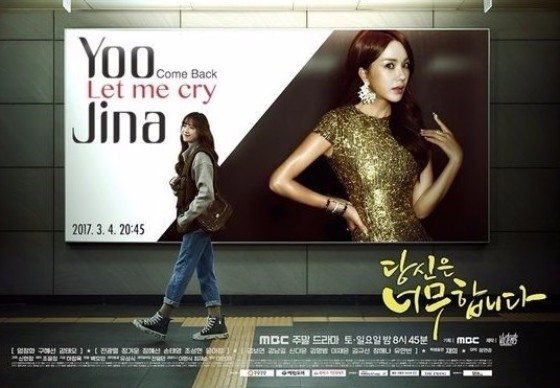 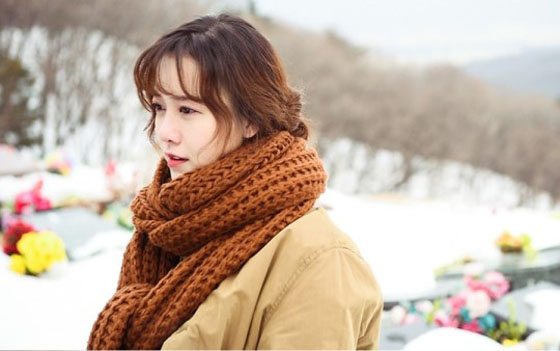 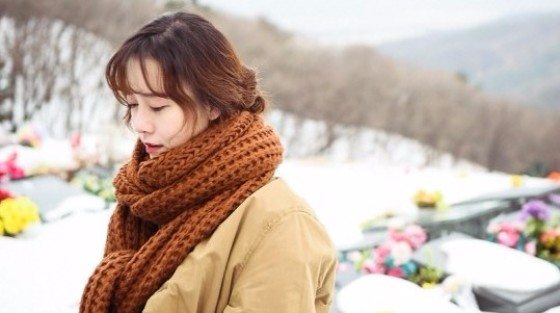 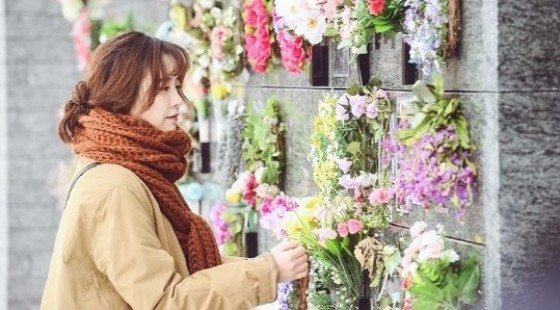 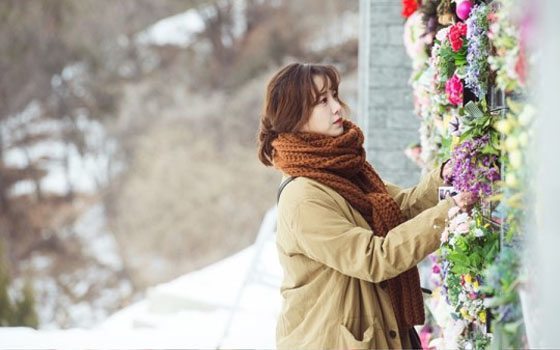 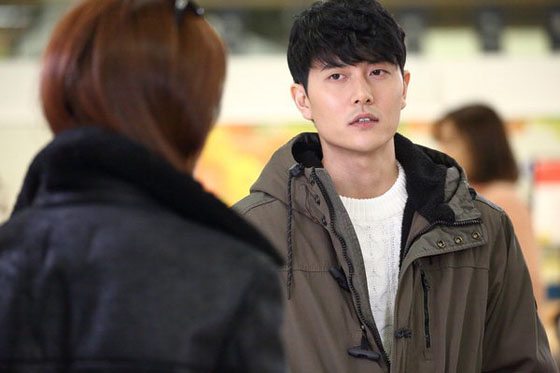 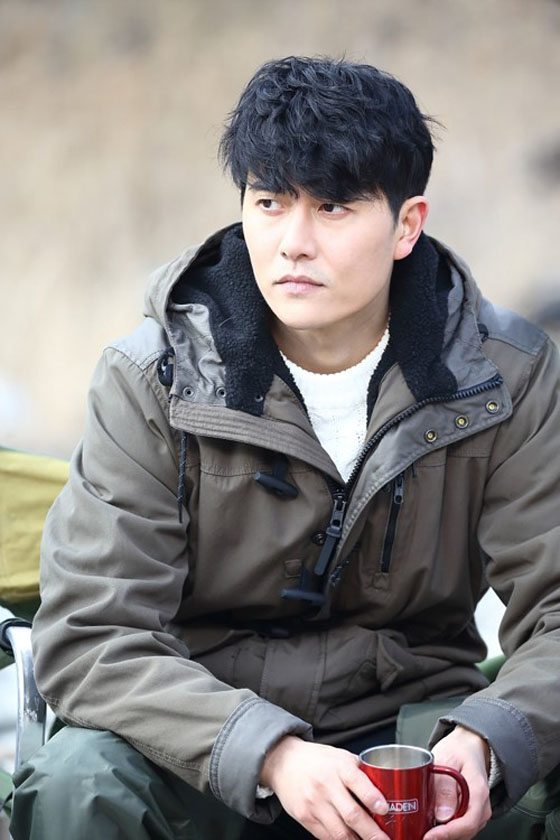 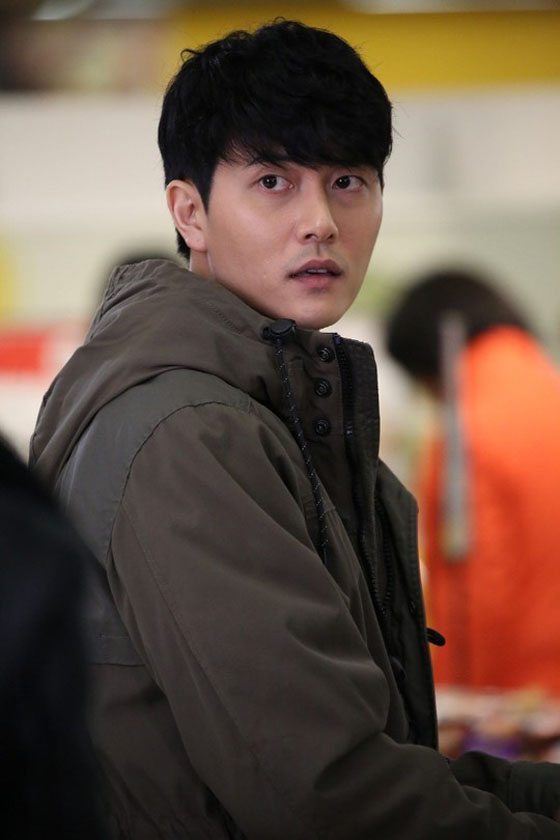 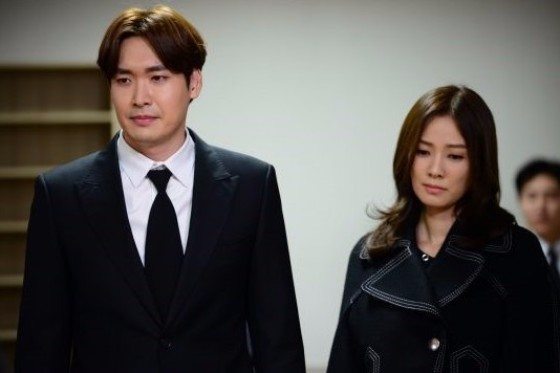 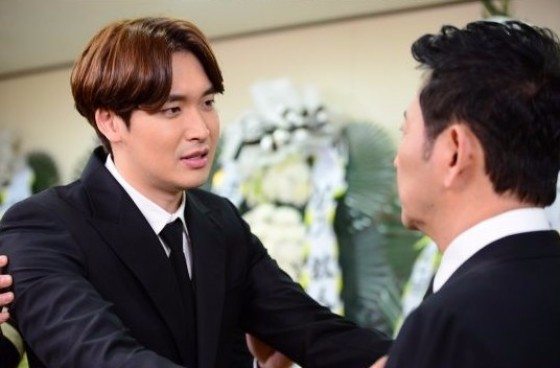 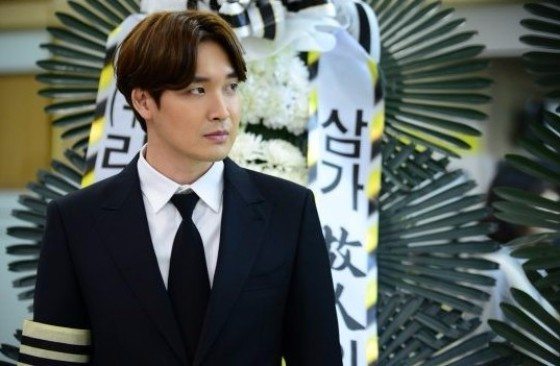 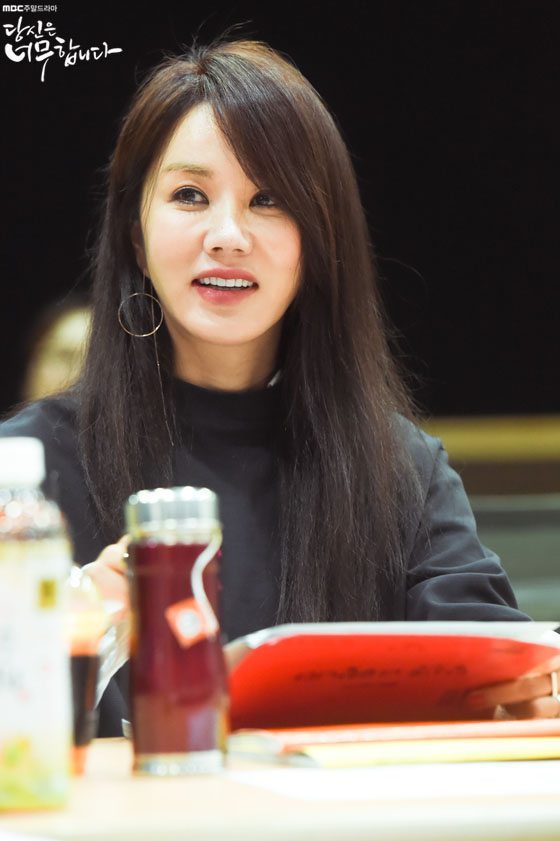 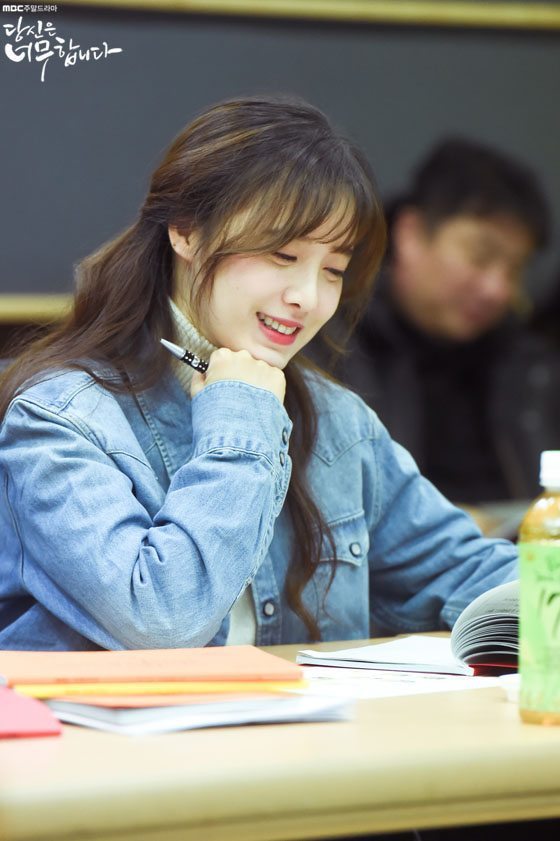 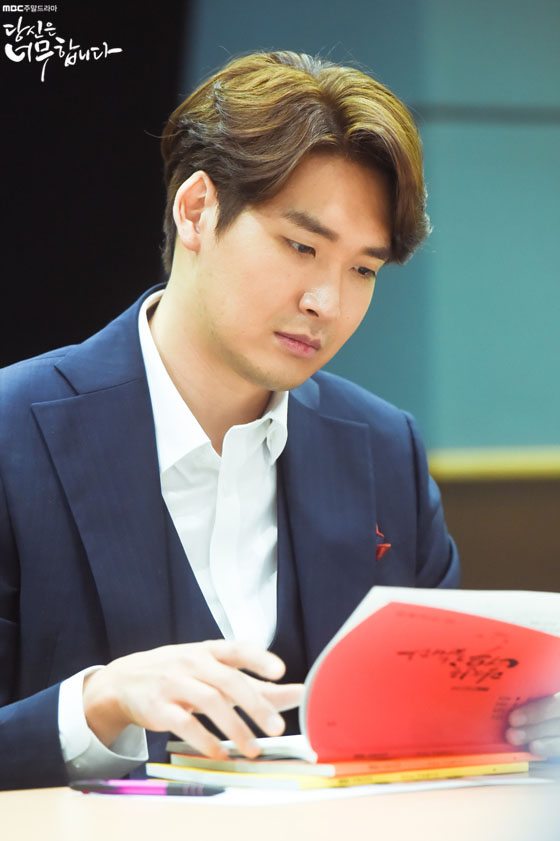 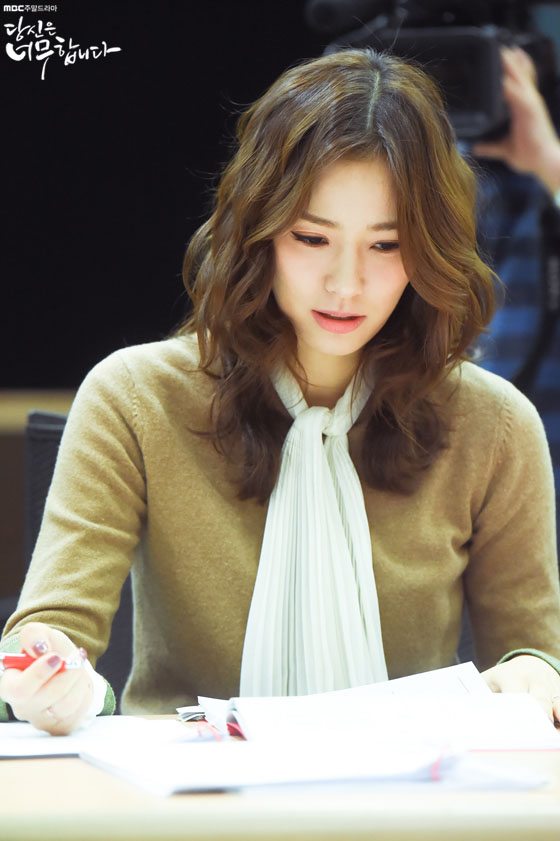 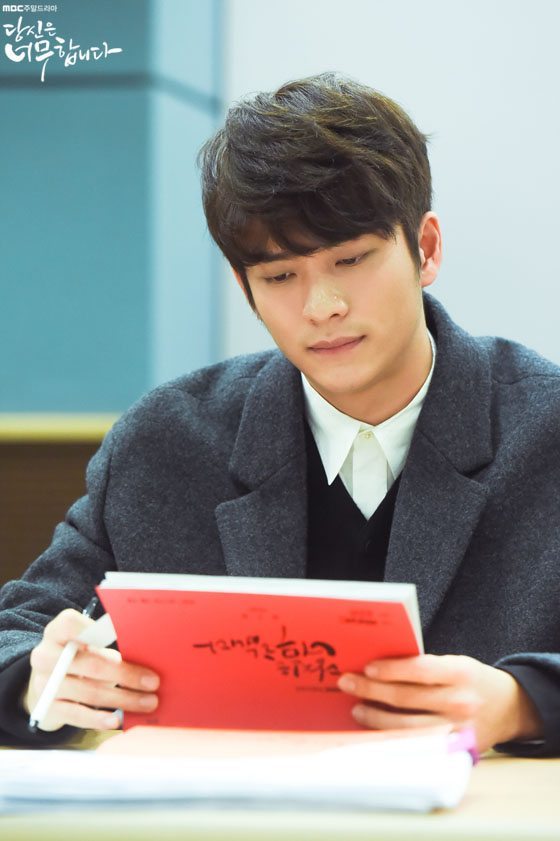 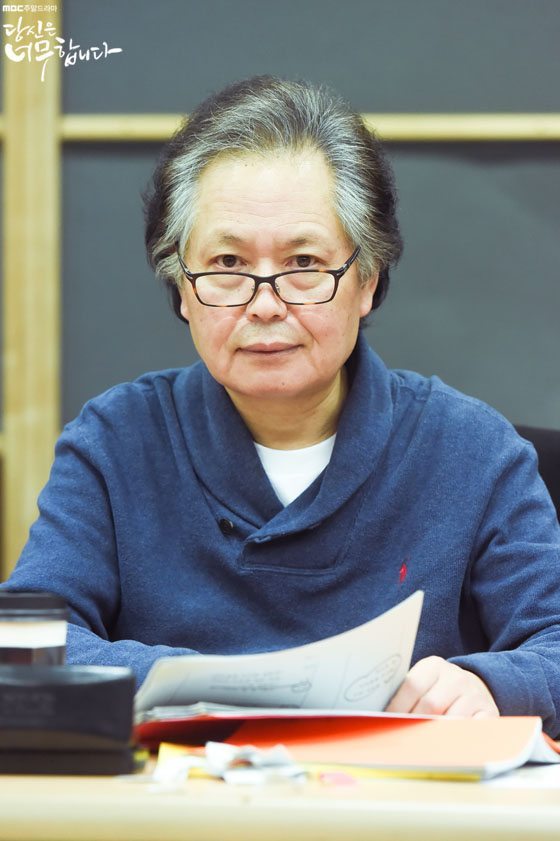 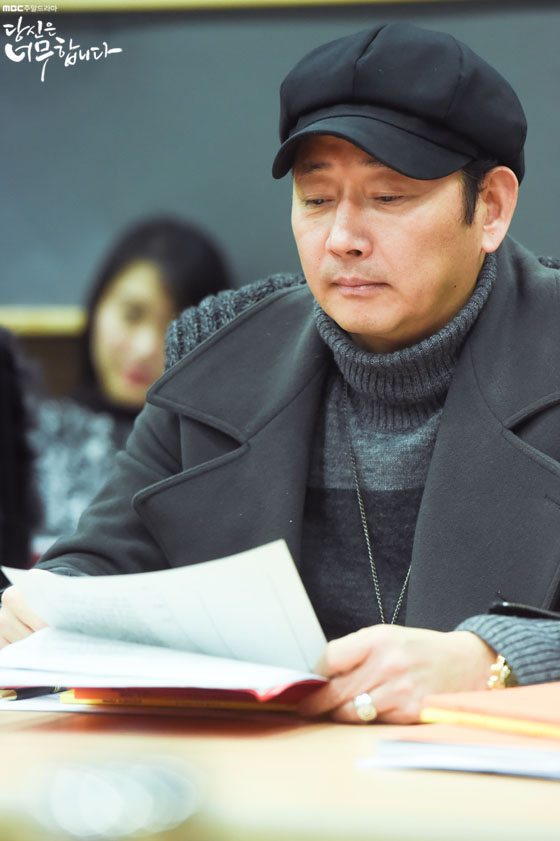 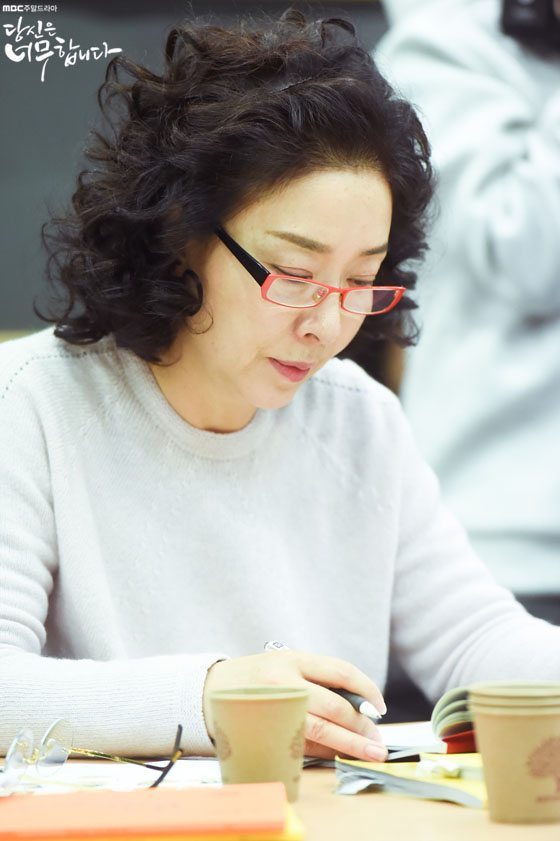 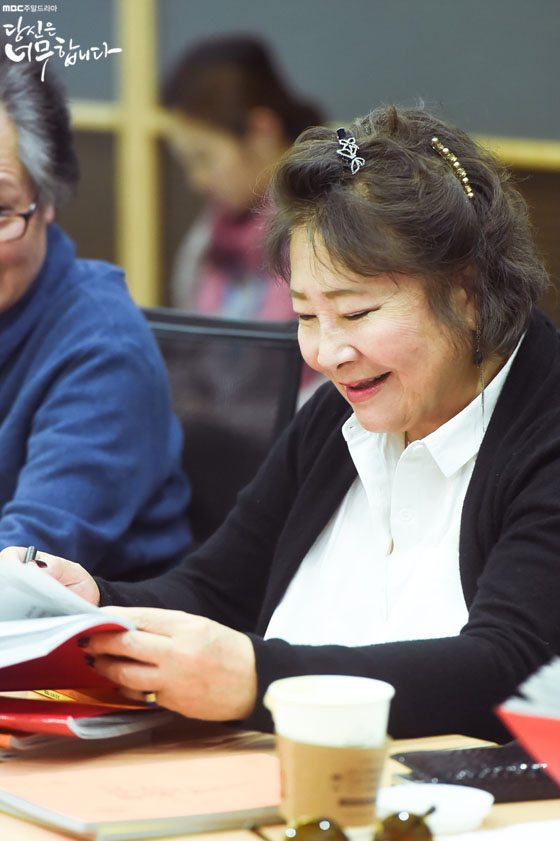 This looks good, but do we know how many episodes it will be? I am hesitant to start a weekend drama cuz they are usually a bazillion episodes long.

I thought the same–that it looks and sounds great, but didn't realize it'd have so many episodes! As long as it's good and keeps my interests, I won't mind the long length, though.

I like the cast and I love Uhm Jung Hwa's voice but 50 eps? Hmm, we'll see if I can fit that in my drama sched.
Jae Hee, he's a good actor, why just a special appearance?

Hmmm...mediocre writer makes me nervous. I don't know if I will just wait till it's finished and then binge watch or if I should give the show the good old college try and watch it live.

Apparantly 50 episodes and can be longer if the rating is high.

I love weekend dramas!! they're usually everything I need after crazy and more dense plot on week days. 100% fun guarantee.

This actually looks good...I quite like the first poster even if i might say that i wouldn't have recognized Uhm Jung-hwa in it at all,doesn't look as her in my eyes at least,something looks off

Oh man, Jung Kyeo-woon's hair looks tragic in those stills... also, Uhm Jung-hwa looks so much like a doll/painting in the first poster. It's kinda awkward and looks off... those things aside, this actually looks and sounds like a nice and breezy watch. As long as it's good, I won't even mind if it's 50 episodes long.

Is that really Jae Hee? It's been a long time, Sir.

Why is it only a cameo?

I actually screamed when I saw his name. I'd love if I could get just one more drama from him that isn't a daily. Just one. Please. I love him too much to see his talent go to waste.

True. This small sighting just made me wish for a Jae Hee project more. How can a news be good and sad at the same time? T___T

I hope he will get back to weekend drama at least as main character or yes, go to cable like OCN and be the the lead.

His cameo here reminded me of Kim Ji Hoon in Sweet Stranger where he just played supporting cast. A very wasted talent.

+1
I still remember his acting in 3 Iron (Bin Jib). Whether the industry forgot about him, or he probably chose to maintain low-key life for his family.

I think probably both situations. He chose the low key life because he doesnt want his family to get the attention right. If I am not mistaken he even announced his marriage after one or two years after married, just to avoid the public attention. I fully respect his choice but at the same time I dont want him to be totally forgotten.

Only cameo, though. sigh.

Uhm Jung Hwa does look awkward at a closer look. They photoshopped her arm so thin. Hahaha.

And Jae Hee!!! Why is it only a special appearance? I don't have a good feeling about this. They are going to kill his character off isn't it? Sigh. I hope to see him in more good dramas. All his previous projects didn't seem to hit the mark except of course Chunhyang and Witch Yoo Hee.

Anyway, the show looks good. Might consider watching it.

Does sound promising. I'll give this a go. Hoping for great chemistry between the female leads.

They made UJH so glamorous in that poster but it's so obviously photo-shopped...

Not going to lie, I laughed.

Oh my goodness! I once thought that Bidam was my first dramaland crush, now I remember that Lee Mongryong actually was!!
It's been so long since I see him on drama news.

This plot is reminds me of The Musical with GHS which was unwatchable for me. I'm not a fan of GHS at all so I won't be watching. I can only hope the acting and singing of GHS improved since The Musical. I do like the other cast members but oh well. Hope it's enjoyable for the people who will tune in!

Why did they photoshop her arm?? She has amazing arms !!

Jae hee-yah!!
Omo! My baby jae HEE have grown into a fine man..still so handsome but more manly.
I love this look on you Jae hee-yah..
Pls have pity to your fans and make more dramas..

I love uhm Jung hwa so much that am gonna watch this for sure
And jae hee ??? why isn't he the lead?? I miss him soooooo much

wish this was on kbs, they are better at making family dramas.

50 episodes??? The way this is going it'll get cut before it reaches 30 unless Jeon Gwang-ryul has that same codicil in his contract that a series he does goes to AT LEAST 32 episodes or else the network has to pay him out for the entire order. He had a long series that was going to be severely cut and then fans found out it went longer because he had this in his contract of a payout for him for the entire series whether it runs in full or not. So the network instead of cutting it before it got to 30 episodes let the horrible poorly written show to languish on longer while the ratings tanked even further. I'm not a fan of series that go that long they are often a mess and not worth wasting my time-which once wasted you can't get back. I wish the actress who got sick well and fans shouldn't be so severe. In the United States we have had actors fired and the role replaced by another good actor so they should give the actress replacing the one that became deathly sick the benefit of the doubt. Worst case scenario is they series will get cut when it was possibly going to get cancelled.