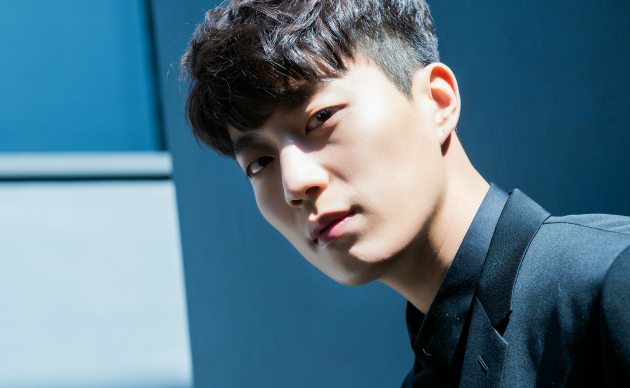 Most of us are waiting around to hear whether Yoon Doo-joon’s next project will be a third season of Let’s Eat, but in the meantime he’ll be reuniting with PD Park Joon-hwa of Let’s Eat Seasons 1 and 2, albeit briefly. The director’s new drama is tvN’s next Monday-Tuesday series Because This Life Is Our First, and Yoon stopped by to film a cameo, as did fellow Let’s Eat alum Yoon So-hee (Ruler–Master of the Mask).

The new drama is a cohabitation rom-com about two people who come together because of their housing needs. Jung So-min (Father Is Strange) plays a young woman who’s had to give up on everything including love just to survive financially, and is in desperate need of a home. Lee Min-ki (Shoot Me in the Heart) is a sworn bachelor who has a home but is struggling with the debt that comes along with it, and he’ll take Jung So-min on as a housemate to solve both of their problems.

The themes are pretty familiar to the Let’s Eat franchise, which was all about single living and food being the thing to draw people out of their one-room apartments and into their neighbors’ lives. A roommate drama has even more potential for embarrassing run-ins and forced proximity hijinks, so I hope that’s where we’re headed. There are no details given about what Yoon Doo-joon’s cameo role will be, but I would love it if it involved trying to sell them insurance.

Because This Life Is Our First premieres October 9 on tvN.

Tags: Because This Life Is Our First, Yoon Doo-joon

I just squeed so loudly. Guess I'll be watching this one, at least until Doojoonie shows up!

Omg!!! Are you the same blnmom from YouTube who blessed me and other Beauties and LIghts with your amazing piano skills???

I hope Doojoon's cameo will be an extended one like my other bias Choi Woo-shik's when he appeared in Fight My Way, but less of a creep and more of Doojoon's natural adorably quirky self.

Would the writer please give his character the opportunity to deliver a long rant about food, singlehood, real estate, or anything?

Maybe he will give a long speech about being insured for life to already debt-ridden Lee Minki or money-short Jung Somin. I can't imagine their skeptical faces at his non-plussed attitude ?

Been waiting for Doojoon to pick a new project already but I guess this will have to satisfy me for the time being. He has this amazing natural charm to him that's evident both on stage and screen.

Hoping for more than a cameo soon! This news just made me even more eager than I already was. Can it start now please??

Love him ❤ This made me want to re-watch Splash Splash Love ???

gaah just thinking of it makes me want to giggle and squeal a bit, he was SO swoony there. Best drama short ever <333

I love him in Let's Eat, but I also want to see him in different romcom ❤

Still my top 5 most favorite Kdrama (regardless of duration).

Squeeing a bit when I saw his face on DB thinking that he has confirmed for LE3 but I am guessing he hasn't said yes to that offer considering he opted for cameo instead. I do hope the PD would wait for him until he finishes whatever it is on his current busy schedule.

And get Kim Seul Gi too while you're at it, PD nim!!

I miss Yoon Doo-join more than words can describe.

And not to forget highlight's october comeback

Bring him back to dramaland lead roles already, Splish Splash Love was two years ago :(

(and reunite him with Kim Seul-gi while you're at it, drama gods. In a good drama, please.)

? I love Doojoon BUT did not realise how big a fan I actually was till I saw the words - Doo-joon, cameo - and my heart went dugeun dugeun!!

Come back soon!! preferably with Seul-Gi!

I want an extended cameo...

And I hope the delay in LES3 casting news is because they'd film after Highlight's next comeback,which based from several hints from members maybe in Oct

At the very least - something like Choi Woo Shik in FMW would be good!

I missed the "cameo" word and scream excitedly thought he back to dramaland (as a lead off course) ??

but still happy to see him again

Okay,I'm usually a silent reader but I need some doojoon in my life!!! Love the picture you chose of him! Love his beautiful jawline. I love him hahaha. LOVE Highlight. Like how song jae rim is to mary, that how doojoon is to me! And btw, my name is Mary too ^^

DooJoon is so lovable. I can't wait to see him.

Aww I'm missing Doojoon in dramas so badly! T.T I guess I gotta look out for his cameo though.