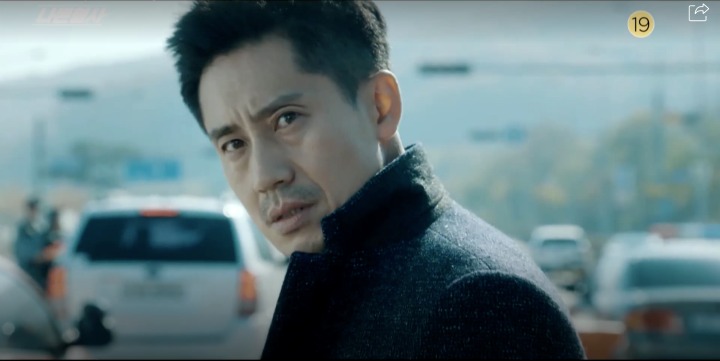 The third teaser is out for Bad Detective (aka Less Than Evil), which airs beginning next week. Shin Ha-kyun (Pied Piper) plays the titular character in this Korean adaptation of the British crime-drama series Luther. Basically, he’ll play this suavely dressed detective named Woo Tae-seok, who always exudes an undercurrent of rough grittiness with his violent ways.

The teaser shows Shin Ha-kyun rescuing a child from a crime scene. It also gives us a look at the interesting dynamic between him and Lee Seol (After the Rain), a teenage psychopath who may or may not have killed her own family. She confronts him saying, “Woo Tae-seok, I heard you were a bad detective.”

Lee Seol is not too far off in her assessment because despite being a member of the law enforcement community, he’s a morally ambiguous character. At one point, he states: “I don’t treat criminals like humans.” It’s the beginning of a strange partnership that forms between them to catch more criminals, and the teaser ends with Lee Seol claiming that she could probably kill off a whole bunch people for Shin Ha-kyun.

Others shown in the teaser include Park Ho-san (The Guest, The Ghost Detective) and Kim Gun-woo (Live). Park Ho-san plays a rival to Shin Ha-kyun’s character. Meanwhile Kim Gun-woo plays a man who hides his instinctual urges as a serial killer under a mask of righteousness, living a double life as a prosecutor. 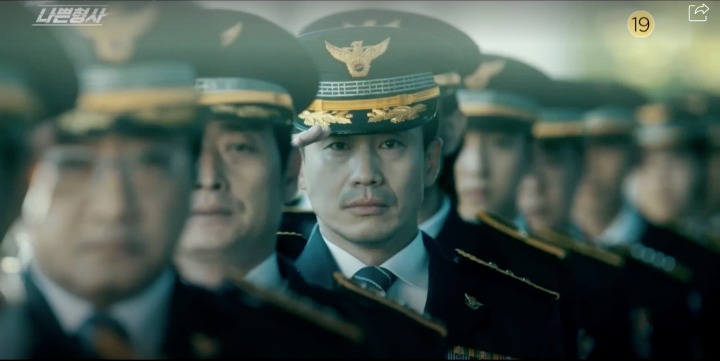 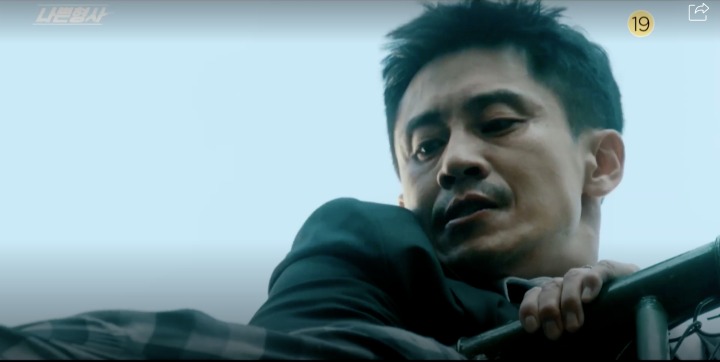 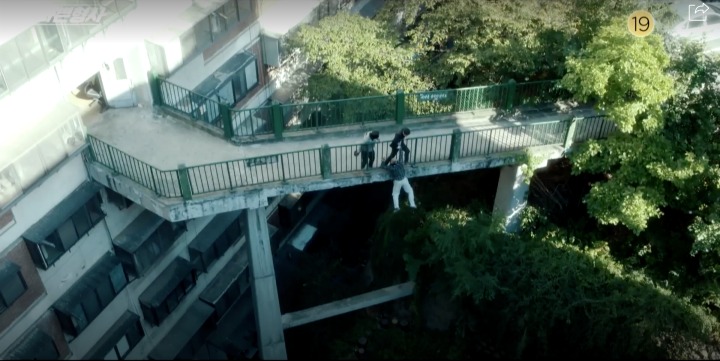 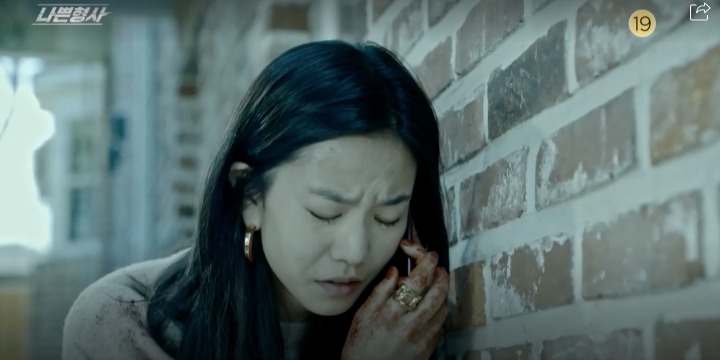 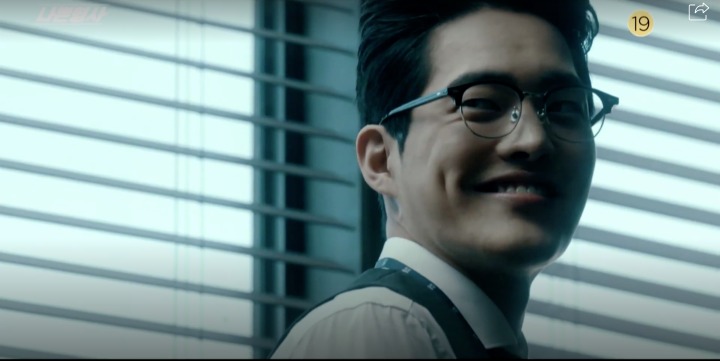 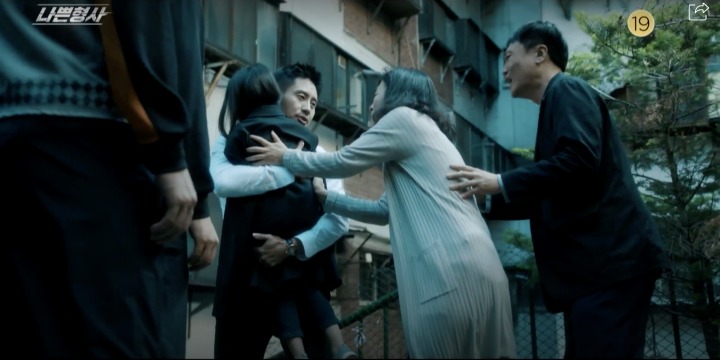 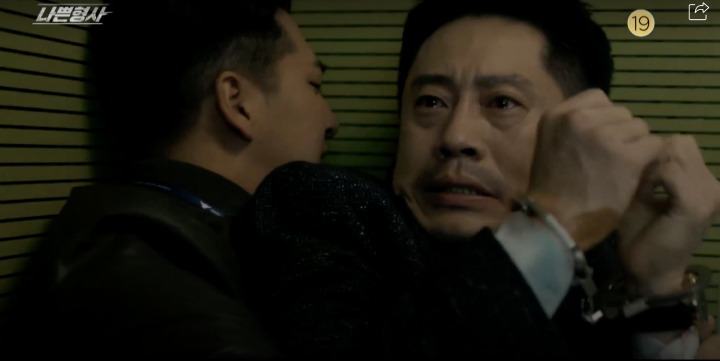 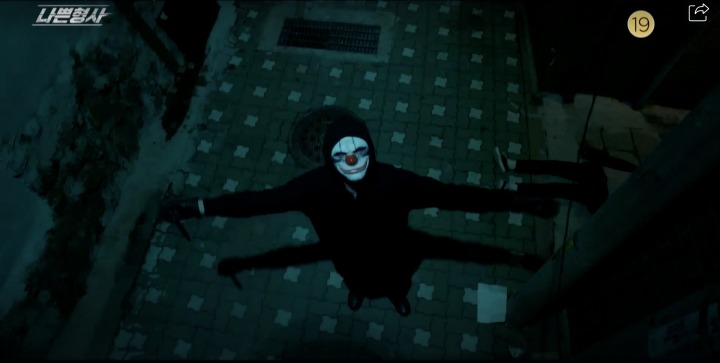 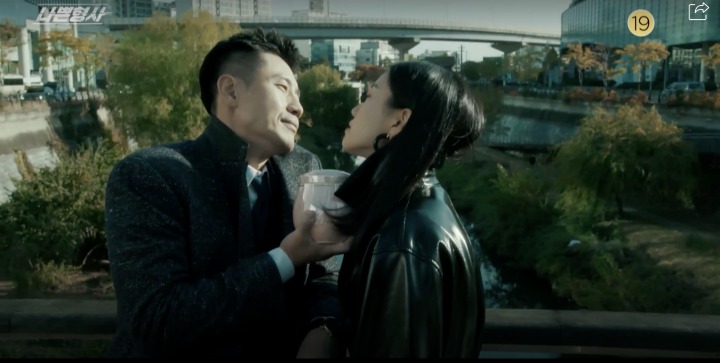 What a unique plot! This drama has been off my radar until recently...A female psychopath. Wow! I've just checked out her character teaser and she practiced emotionial reactions through movies/dramas. Eerie. And her interpretation of love is unique as well: she could probably kill off a whole bunch people for Shin Ha-kyun. Their twisted relationship is something I'm enthusiastic about. Definitely on my watching list.

I've never seen Luther so don't have any knowledge of the source material but this sounds really interesting. I have always had a morbid fascination with psychopaths, so having not 1, but 2 in one show really intrigues me. I also like the dynamic of a cop and possible psychopathic murderer working together. I'll be keeping my eye open to this.

You should definitely check out the original! Ruth Wilson is outstanding as Alice Morgan, the sociopath.

I was just browsing Netflix last night for something to watch and Luther popped up. I didn't realize Idris Elba was in it! I love him. But now I am torn between watching Luther first or Bad Detective first :o First world problems!

I think you should watch Luther first. Between Idris Elba with his Cockney accent, his sports coats and his electric chemistry with Ruth Wilson, it can't be beat.

WHY THE CLOWN??? OH MY GOODNESS

Luther was always on my radar but the kdrama adaptation looks epic. I hope they give us the gritty chills instead of toning it down because the girl-psychopathic angle seems intriguing and twisted

*sigh* Again with the age disparity. In the original, Alice was not a barely legal adversary for John. Their intelligence, was one of the reasons that they had an attraction to one another, and even as the two of them being adults, you knew was wrong but in a way was still kinda sexy. This teaser shows the famous bridge scene from the BBC series and yeah.... this fantastical idea they have for them is kinda creepy.

Ehm, Ruth Wilson was 27 when the first season of Luther was shot, Idris was 38, Lee Seol is 25, Shin Hy Kaun is 44.
There always was an age disparity between Alice and John, it did not matter much since like you said, more than appearance their intelligence, morals (or lack thereof) and so on was what attracted them to each other, it was almost like the two vs the rest of the world, Lee Seol being 25 does not really

They are saying that Lee Soel is playing a teenager. If they use anything from the source material of the BBC series, yeah, it is creepy.

Thing is LS is playing a teenager in this drama from what I've been reading so in term of the plot I hope they don't go the original way otherwise it's creepy as hell.

I watched a bit of Luther but didnt Luther and Alice have that kind of ambiguous attraction with each other tho? But she is a teenager in here? We are not going in that direction, are we? The teaser is good tho. Probably will watch this.

Never watched Luther, but this sounds interesting to me. I also love me some Park Ho-San.

That clown mask needs to disappear in a holy fire though.