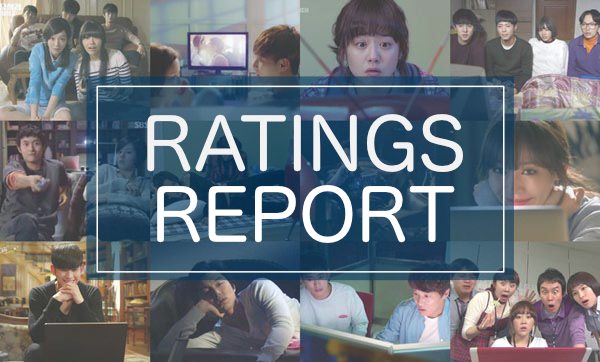 Holy moly, you guys, this is our last ratings update of 2019! Can you believe it? Just next week, we’ll be diving into a new year and a new batch of dramas, and I cannot wait. Before we get too excited, though, we have to wrap up what’s left of this year.

The Monday-Tuesday slot has been pretty lucky the past few months, having some successful cable shows like currently airing Diary of a Prosecutor and Black Dog. Then, over on SBS, we had melodrama VIP, which was getting consistently high ratings. On Christmas Eve, VIP’s finale received its highest rating of 15.9 percent. Great run, for sure.

Despite it being Christmas and the holiday weekend, shows like 9.9 Billion Won Woman and Stove League still managed to pull in double digits. Beautiful Love, Wonderful Life was pre-empted both Saturday and Sunday, but the specials that aired managed to bring in double digits as well. Now I’m just lookin’ at Crash Landing on You to join in.

Glad with VIP numbers, they are well deserved.

Go Stove League!!!! Hit it out of the ballpark! ⚾️

I am proud of its numbers...

I was so upset when I realized there's no Stove League episode 6 this week. Does anyone know why? Is it a sporting event? That would make for a funny rant: "Stop pre-empting my sports drama to air actual sports!!!"

No I found out about this a few days ago. It didn't air cause of SBS entertainment awards. Also Diary of a Prosecutor won't air on Monday either.

Ok I just checked both episodes won't air this week.

Both episodes of Diary won't air? :(

I’m still holding up hope that the Tuesday ep will still be aired, at least that what I understood from the soompi news cited below,,
but if not, then I’ll be in unison with the ‘darn it’ beanie below haha

Oh nooooooooooo! And i also have to wait for next episode of Crash landing! T_T!

Why is "Queen: Love & War" never mentioned or ratings given? I really like that drama.

I'm a bit surprised that Crash Landing still hasn't garnered double ratings yet?? I know people are burnt out on the romance genre, but this show is really good!

I heard that cable ratings for a network show is double that, so in that regards Crash is doing well considering the competition now with new stations and etc. EP 7 will definitely hit double ratings, but I hope that it increases to hit the 20% Hyun wanted.

Also side note, Hyun gave North Face parkas to staff for Christmas which I thought was really nice. He seems like a standup dude.