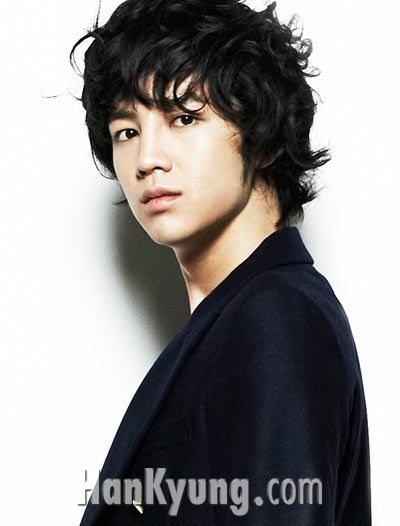 Title says it all! It was previously reported that Jang Geun-seok would star in the movie version of You’re My Pet, but there was a conspicuous lack of confirmation following the initial report. Now the confirmation is out and the news is official.

The movie is based on the Japanese manga Kimi wa petto, which was turned into a Japanese drama series starring Matsumoto Jun in 2003. In this film adaptation, Jang Geun-seok’s character is a rising ballet dancer who dreams of becoming a musical actor and choreographer. He’s a playful and affectionate character who’s impossible to hate. (As if!)

Jang, who most recently played an easily irritable character in the trendy drama You’re Beautiful, said, “I always want to try new things. I wanted to take on a bright character in my next project, and You’re My Pet seems like it suits me very well.” He is currently busy with dance rehearsals before the film begins shooting.

The movie is aiming for a release later this year. No word yet on casting for the female lead, to whom Jang becomes the “pet” character.

niceeee(: i can't wait for them to announce the female lead!!:D

Yay! And doesn’t he look like momo with that hairstyle?

this is DEFINITELY a WIN in my opinion^^

can't wait to hear who the female lead will be. it better be someone hella fierce or else ima be super disappointed.

He sure looks like momo with that curly hair.

Thanks God... It is not Kim Hyun Joong... A great decision of the producer, director, and investors of this drama...

*Prances around in delight* YYYYeeeees! A dream come true! I hope the movie's good - Matsumoto Jun is kind of a hard act to follow up but I have faith in JGS! ...Now, if only they would announce the female lead so I can profess to have faith in her too...

I only wish it were a drama rather than a movie. I think Su Ae would be faaabulous as the lead (she gives off vibes that are similar to the Japanese actress, no?)

ahahaha I'm more looking forward to him playing a role like this.
To be honest, I didn't like JGS in You're Beautiful. I don't even know if it was just the character or the acting, but it was just a bit too ... 오글오글(awkward/mushy?) for me.

my life is boring, i would like to have Jang Geun Suk as my pet. Should I join the audition? :P
Looking forward for this movie~

ditto to that! he can be my pet anyday :)

Definitely can see him as Momo--I thought he was channeling MatsuJun all through YAB. lol. :D

oh wow i remember reading about this but i didnt think about it too much, and then by coincidence i decided to watch kimi wa petto a few weeks ago. it was pretty good.

he looks like momo with that hair. i wonder who the female lead is gonna be because the lady in the drama did a really good job. i really liked her character and her friend was hilarious.

i am really looking forward to this.. i have seen the jap version and i think JGS will do justice to the role of MOMO.. I think it's hard to find a Korean actress taller than him, so based on Sumire' character (except the height), I'd think Kim Sun Ah would be perfect.. She can be funny and sophisticated.. Soo Ae would be nice too. I think JGS will be happier if the producers choose the latter cause he confessed in Ideal Girl World Cup show that Soo Ae is his ideal type =)

wow. I was afraid the curls would not suit him.
But they do!
I can't wait. I hope it is subbed for us to enjoy :)

So, the transformation is nearly complete. Gotta kick in some Momo spirit... all I see is a facade of Takeshi so far.

OMG, the curls look better on him than on MatsuJun, haha. I think it would be a good role for him because I think he'd play Momo really well. 8D

@obivia. I totally agree. I do wish it had been made into a movie. KWP is a light and fun story, but a movie length would mean it will leave out a lotta details.

OH MY GOD!! yayyyy!! he looks totally cute with his hair like that~~ <3 i think i could stare at that picture all day!!
good thing i was in study hall and not in class when i saw this, cuz i'd totally interrupt everyone! XD

i'm so excited for this already!!

Adorable hair! Looking forward to this!!!

OMG YES. This is made of so much win. :O

I'm not usually excited about cross-culture adaptations, because something always tends to get buggered up, but this already sounds awesome. (Plus, the fact that it's going to be a film means less time for the scriptwriters to try to eke 16+ episodes out of a 9-episode Jdrama/however short the manga was.)

I think JGS is going to be perfect for this. I don't really have any particular female leads in mind, but I'm sure they'll choose someone good. :)

Yesss!!! I'm so happy! I think he'd be perfect for the part~
I also wish this were a drama rather than a movie but beggars can't be choosers eh? :)

Yeah... I can't wait. MatsuJun did an excellent job in the series and I am confident that JGS will do an excellent job as well. All I worried about is the female lead. I wish that Kim Su Ah will take this roll. Actually, the girl from stars falling from the sky will be a good fit too, however, I don't think she is talk enough. Can't wait.

I'm seriously praying that they don't jack this up by making the female lead work at some fluff job instead of being an Elite Toudai/Harvard graduate International News reporter like Sumire was. 8|

Excited!!! Hope the female lead would be Soo Ae.

Whose playing his mother? I am antsy on finding out who portrays such a strong character.

I think JGS needs to continue practicing his Takeshi character building. I know certainly his Momo attributes are widely accepting.

everyone's already said everything i've wanted to say! i feel like a redundant, broken record, but

YESSSSS! WOOOOHOOOOOO! although i took it as confirmed long time ago, it's nice to see him with the heading you gave and this cute picture with his curly mop. he looked SOMEWHAT like jun matsumoto there...

and yeah, many people said this already but i am really curious who they pick as his leading lady. who's tall, graceful, and older than him? i don't know why my first thought was lee young ae... O_O or chae jung ahn!? or else i'll go back to my staple suggestion of kim sun ah! hehe

I've NEVER wanted to be a female lead SO BAD.

I am a huge Kimi wa Petto fan so I hope this movie does it justice. I pity anyone who has to follow MatsuJun's act, but JGS's performances have impressed me thus far...

i thought it was a drama, but apparently a movie remake? Ah well.

SO HAPPY. I just know it that JGS will be PERFECT for this role.

OMG...i love it...wat a coincidence that i had been looking up ur previous post on this just this morning and then later in the evening you have this article...WOOOOhooooo

Honestly, kimi wa petto was beyong strange to me and not even in a good way. But I'm glad to see Jang Geun Suk in a new movie though.

I wound not mind him as my pet one bit but I have a feeling he might be a disobedient pet.

perfect cast for momo, now i wonder who will be cast for sumire.......loved kimi wa petto

I personally, would like to see Kim Sun Ah as the female lead although she might be a bit too old, which is disappointing. Maybe an actress with a similar vibe, ultimately they need someone who has great chemistry with Jang Geun Suk(who could probably make a fire with almost anyone).

I'm having an identity crisis! LOL!

Good for him. Kimi wa petto is one of my favorite j-dramas. He'll be up against the shadow of Matsujun, but can probably pull it off.

Kimi wa Petto is one of my all time favorite Jdrama! I'll be interesting how they're going to turn a series into a movie! nonetheless I'm really looking forward for this series-movie remake!

Since Ha Ji-won can't do Athena, she better strap on her stilettos and go PET JGS every night when she comes home from her high-powered job!

Seriously, JGS was seriously channeling his puppy dog drool all over HJW in Hwang Jin-yi, and this would reunite them and would allow JGS to most likely live out his real life fantasy towards his noona.

I am beyond excited for this movie, too cute!

Do agree that Kim Sun Ah would fit that role perfectly, And she's not that
old. Look at her recent photoshoots. She looks fabulously young and cute.

hahahahha - it would be hilarious if he were reunited with ha ji won - except he'd be a lucky dog because she'd end up chasing him in the end! (no pun intended!)

I heard that the lead actress will be Lee Da Hae, coz Geun Suk said something like that in Hee Chul radio show, i dont know weather its true or not.

I noticed that Jang Geun-seok posts get a lot of comments :)

I'd really hope the female lead can be Ha Ji Won as well, but I think she has other projects?

Kim Sun Ah is my fav actress
Jang Keun Suk is my fav actor
woow..it would be nice if they can play together in this "Kimi waa Petto"
I'll definitely will full of joy!!!!